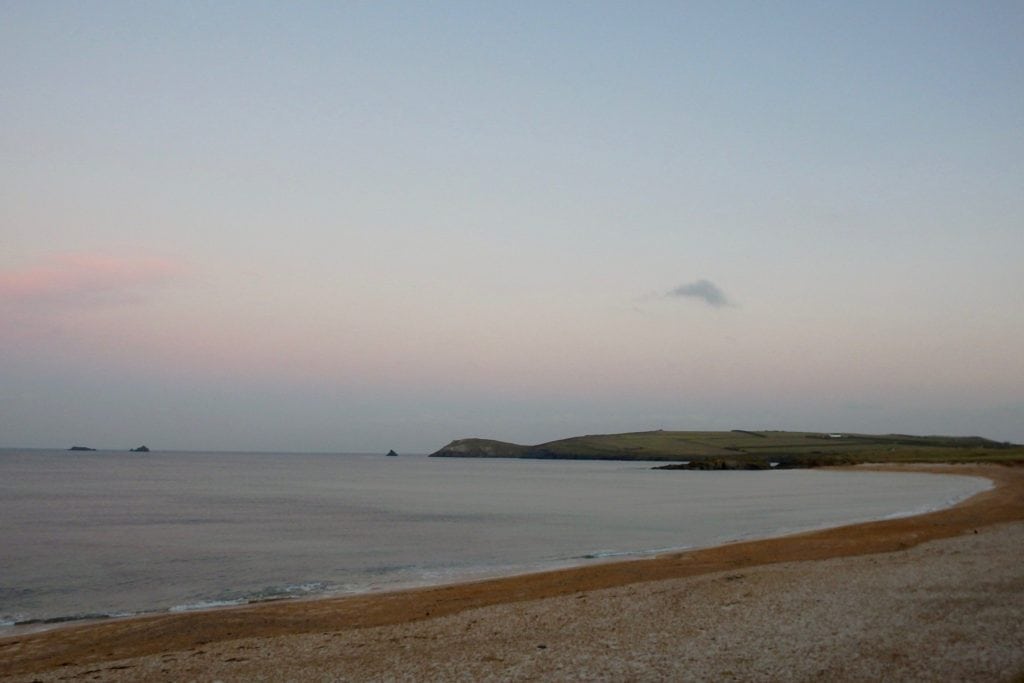 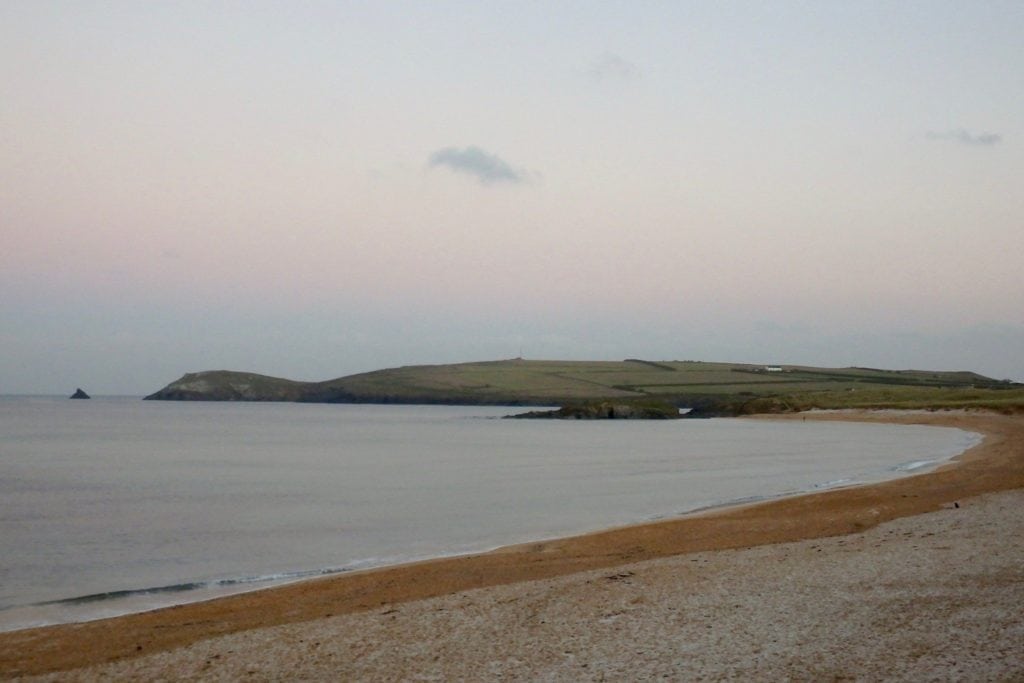 That cloud cover seems to have lifted overnight leaving more fabulously clear winter skies and a return of that golden sunrise.
The sky has returned to a winter’s milk blue, streaked with the pinks and golds of an exciting dawn.
But the surf is flat.
A mirror-like smoothness is stretching to the horizon with barely a ripple to disturb it, the offshore breeze just adding some definition.
There’s no surf here today and I can’t think of anywhere on this coast where there might be!
So it’s the final day of the Padstow Christmas Festival and the lineup there is looking good! So if you fancy mingling with the culinary elite and grabbing a mean snack or two along the way then Padstow is the place to head for again today!

There’s a lump of rock way out in the Atlantic that is calling my name and so there will be no surf report for a week or so while I retune the paddling muscles! Cheyne (@ConstantineBaySurfSchool) and Charlie (@charliewiseman) will be opening the shop (Thursday thru Monday) and I’ll be back in time for Christmas! 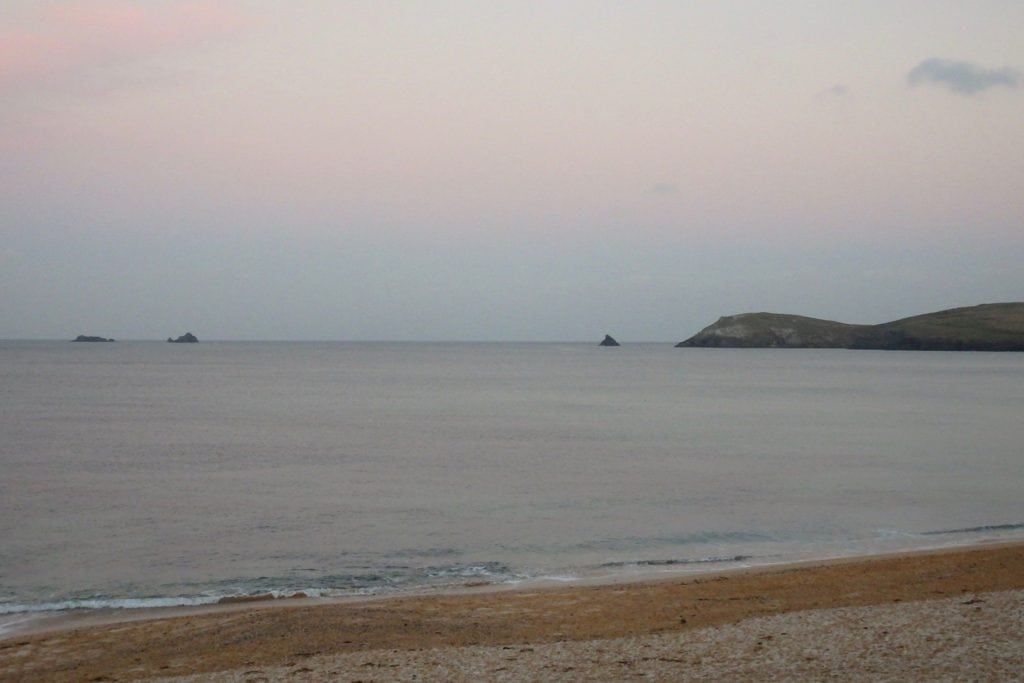 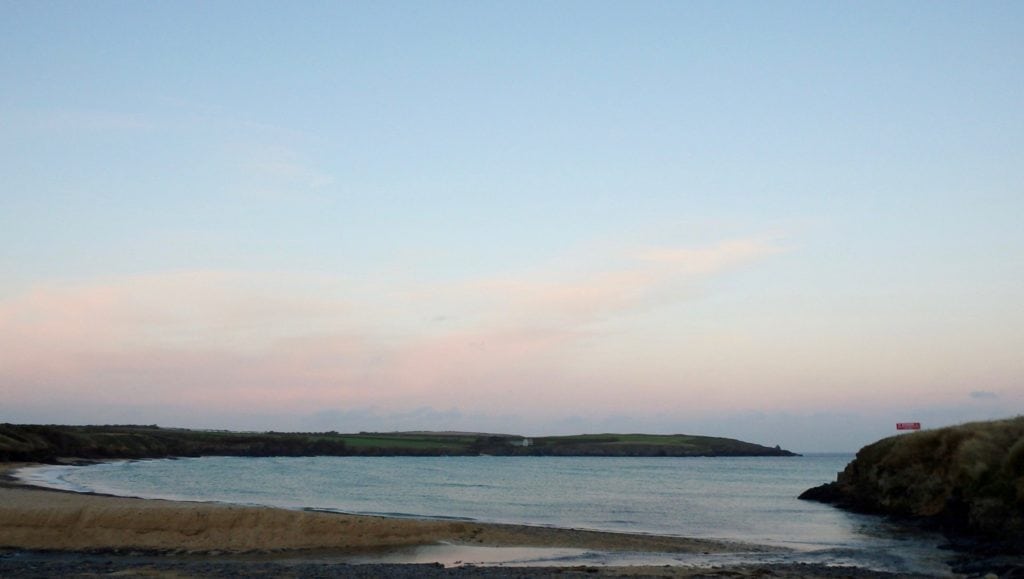 There’s a bay full of flatness at Harlyn this morning!
It is all wintery and sharp and pretty but there’s no surf to ride! 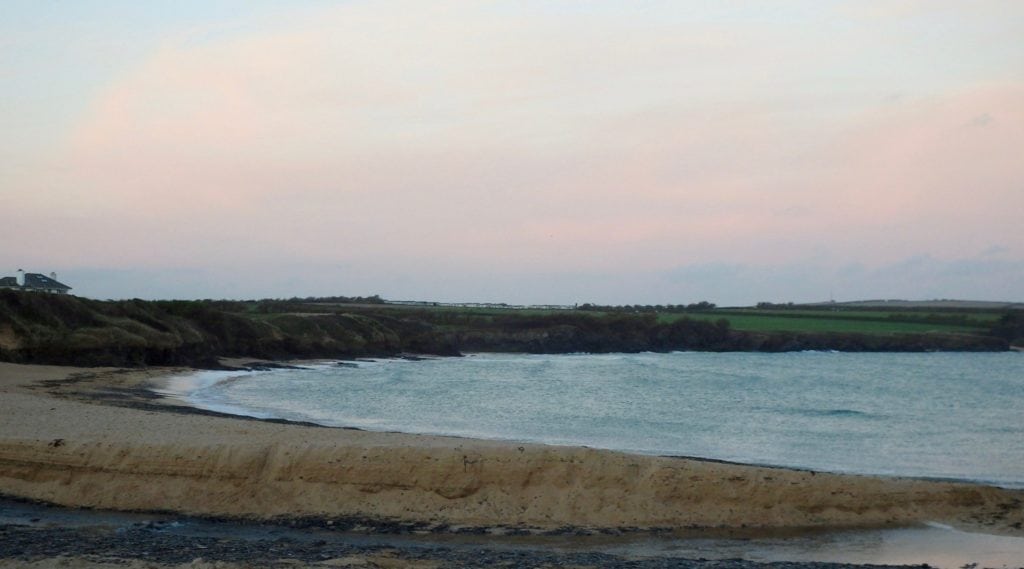 Real small conditions will probably greet us in the morning, a foot or two at the very best but that swell should gradually thicken and strengthen as the day goes on. By the late afternoon high tide we should be seeing a reasonable two to three foot swell rolling back in, the wind staying offshore all under a reasonable amount of maybe a little weaker sunshine.

It looks as though we might have just a day or two left of these settled and calm conditions before the Atlantic calls for an ‘all change’!
Monday could definitely be a day of two halves, starting out with tiny little waves, if any, before ever so gradually building in strength and size. There should be an immaculate couple of feet of surf rolling in by dark, the wind still offshore, still sculpting those tiny little waves into something better than their size.
That should continue into Tuesday, the wind just holding offshore but blowing much more southerly than it has been. That should make for a milder feel to the air temperatures and is indicating a bit of a sea change to come!
And then by midweek the winds will be blustering onshore, pushing in from the south west and blowing in some bumpy and mixed up swell but starting to show at least some size quiet quickly. A very decent couple of feet of hollow waves should be showing at Harlyn by midweek, that wintery growling stuff, not big but big enough to stoke up the shorebreak.
And then the winds will blow, hard westerlies and south westerlies blowing in from the Atlantic, bringing plenty of dampness but also pushing in a lot of thick and lumpy winter Atlantic swells too!
Those winter swells are on their way, so we can expect Harlyn to start firing up properly this week!
And I’m away for a while, flying into those Atlantic swells in search of some clean peaks and sunshine! So there’ll be no surf report for a wee while, although I should be back in plenty of time for Christmas!
Have a great week, wherever you are and whatever you’re doing!