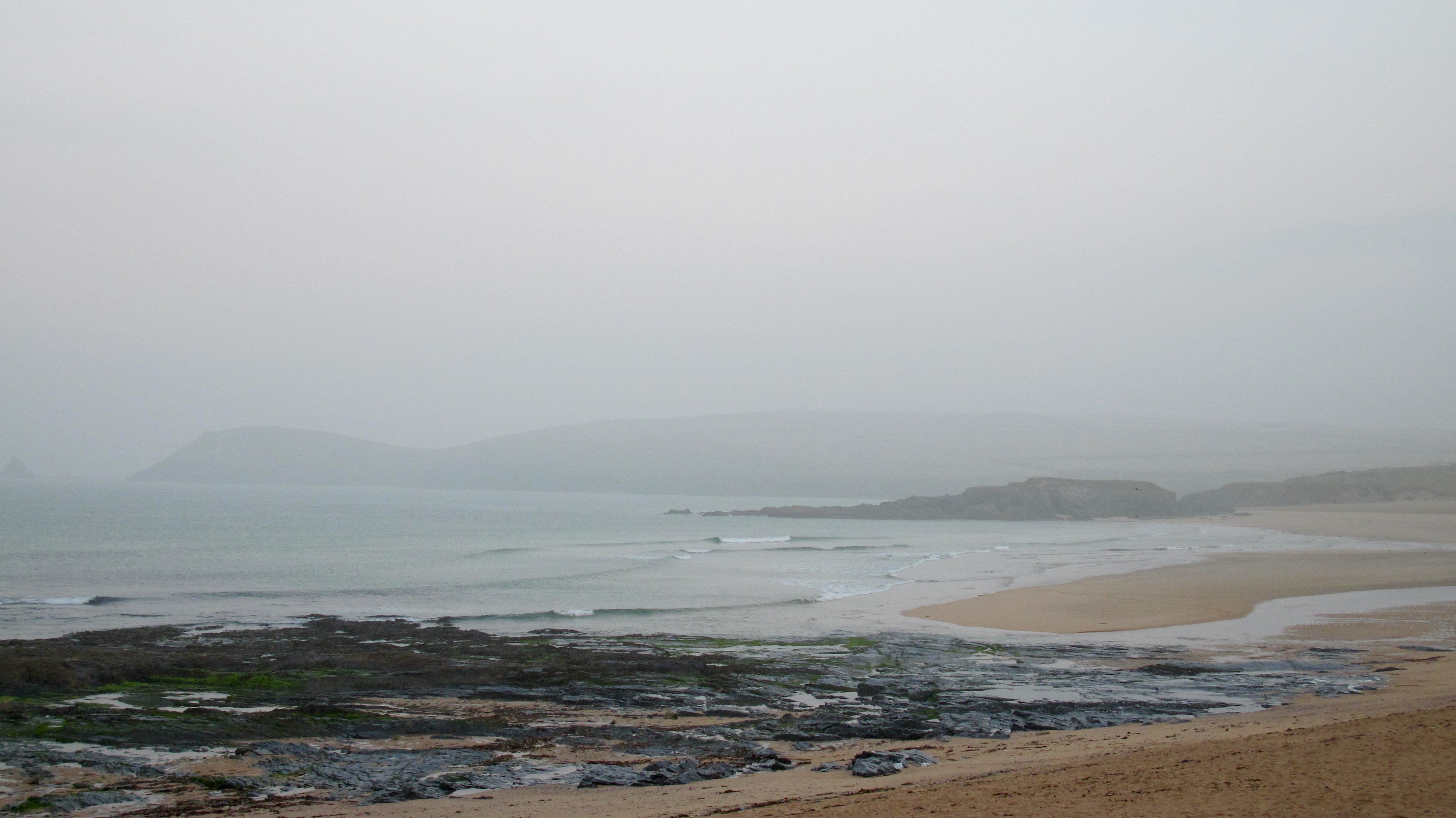 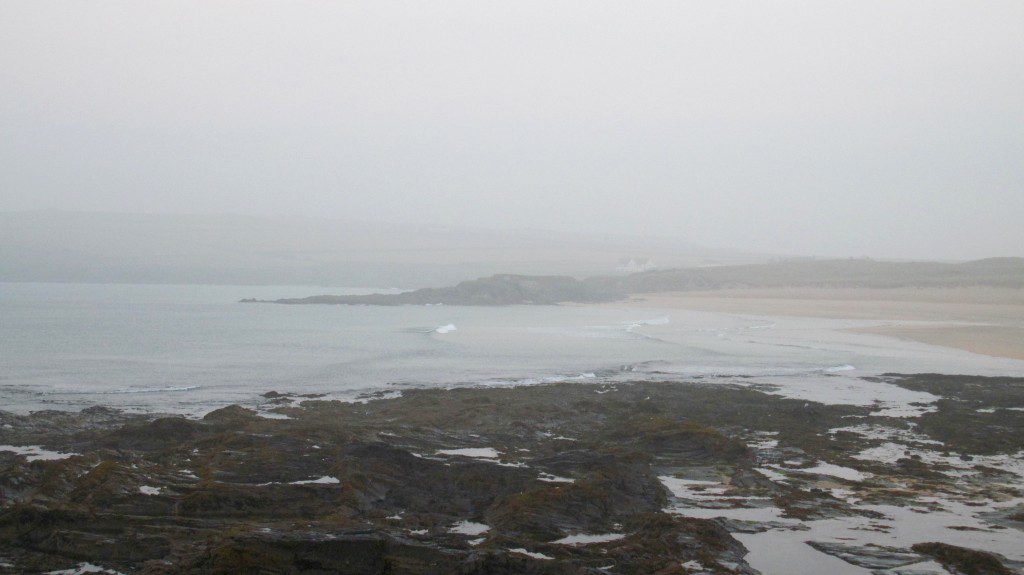 A thick mist is clinging to the coast this morning, a damp and clammy mist with a chill to it. There is a brisk south easterly breeze that is starting to shoo it away revealing more blue sky and golden sunlight. But make the most of that, all the forecasts are showing a change for this afternoon!
In the meantime the surf is still pretty much flat. Well, there are little swell lines starting to show, tiny little lines of frustration shadowing into the bay, peaking and peeling across the smooth sea.
It’s not rideable yet but give it some time, there is swell on the way! 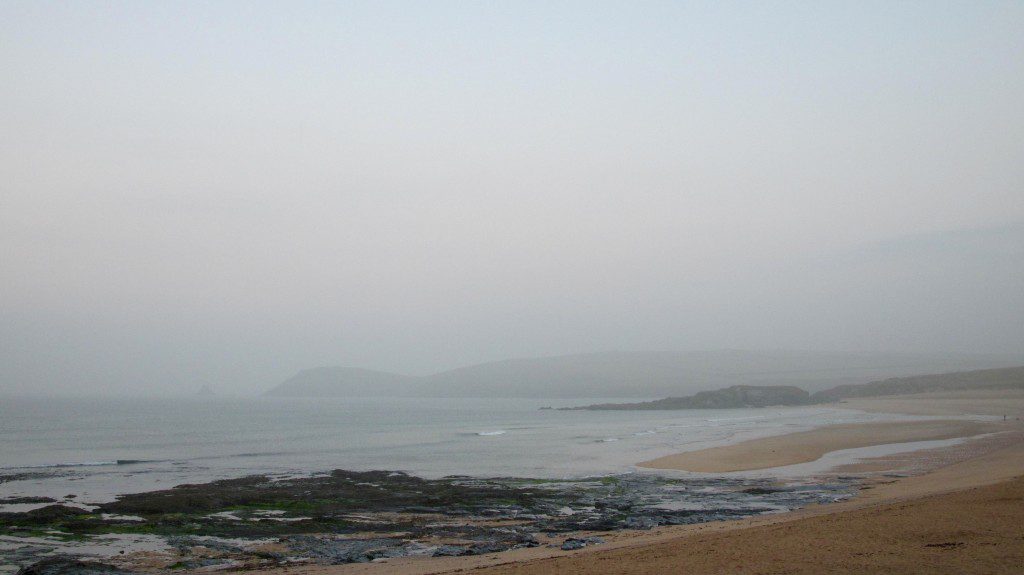 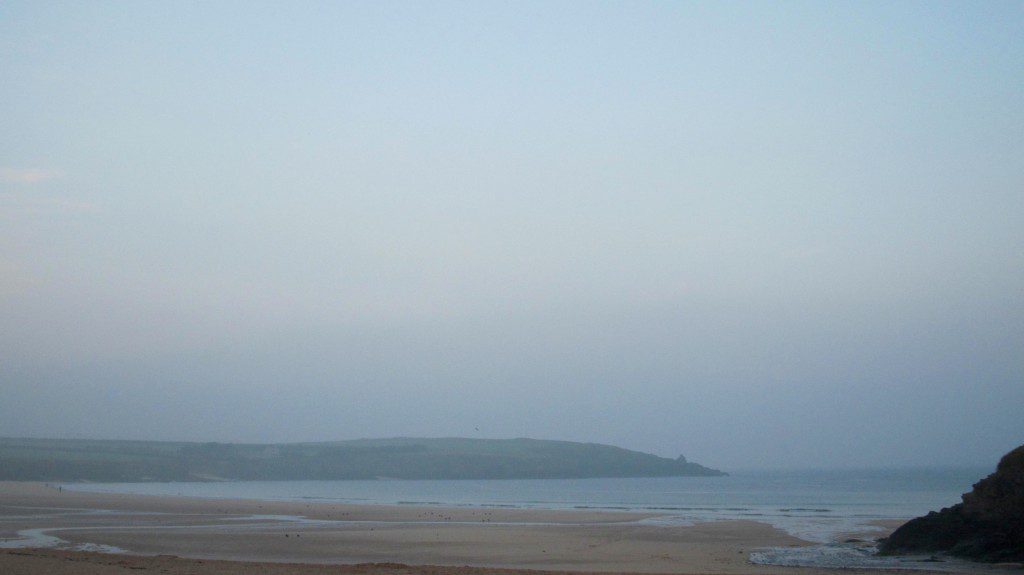 It is completely flat again around here this morning.
A mist drenched and smooth flatness as that golden sun tries to push through the early morning fog of an early autumn dawn.
It’s difficult to believe that we could (did you notice the ‘maybe’ in that ‘could’?) be surfing here by tomorrow morning! 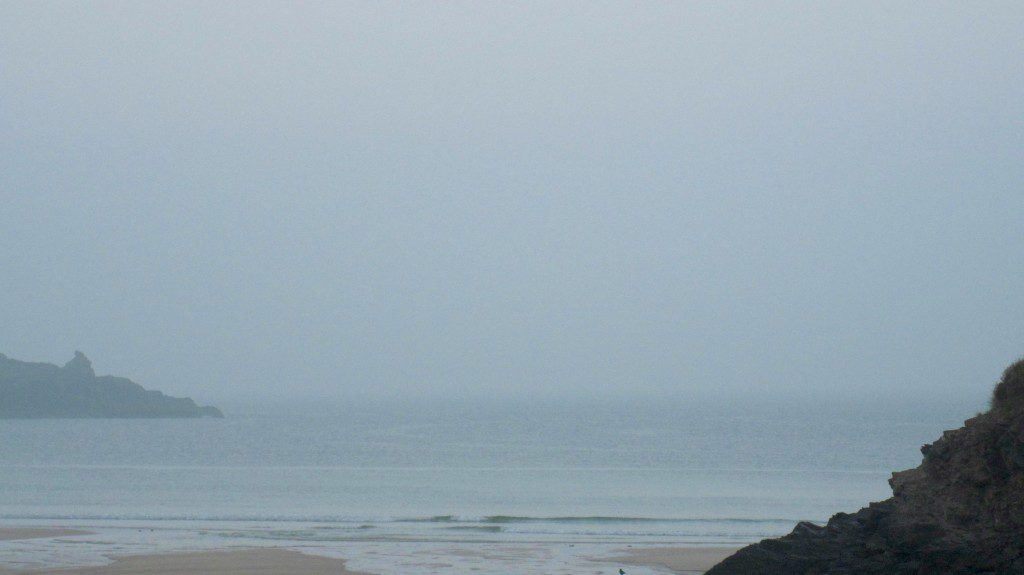 We should enjoy a short sharp burst of swell through the night which could linger into the morning, a four to five foot push from that low pressure system that is off to the south west of us. It’s likely to be a little more close-fetch than we would prefer and it could be fairly short lived but for a moment it should be pumping!
By the afternoon though that swell is likely to have settled back to a more steady three footish, still fairly clean as the wind wobbles around the southerly direction but maybe lumpy enough at the more exposed breaks to send us looking for some smoothness at Harlyn (or maybe somewhere more like Fistral?).
Either way there should be waves at last and that will do, in spite of the ‘mixed’ weather!

We should start to see some wave action as this week kicks off in a more normal autumnal manner.
The wind is likely to be blowing steadily from the south through Monday, helping to push in a short-lived but funky four to five foot swell though the morning, dropping to three footish by early afternoon. There might be enough to stir Harlyn into some small wave action, which would be cleaner and smoother if it happens, otherwise it’s going to be a bumpier ride at the main breaks.
By Tuesday we will be seeing a more westerly wind blowing in and pushing that swell back up from three to four feet to five or six by evening time. But that same wind could be messing things up by then as well.
By midweek things will have settled into a bit of a three foot and sloppy routine, a fresh westerly wind blowing through rainclouds as it pushes and tugs at the pulsing swell.
And then the wind should back to south easterly for the rest of the week, offshore at all of our breaks.  But that is a little too far away to be completely accurate!
In the meantime we should have waves at last and they should be fun waves at that!
Have a great week, wherever you are and whatever you’re doing!