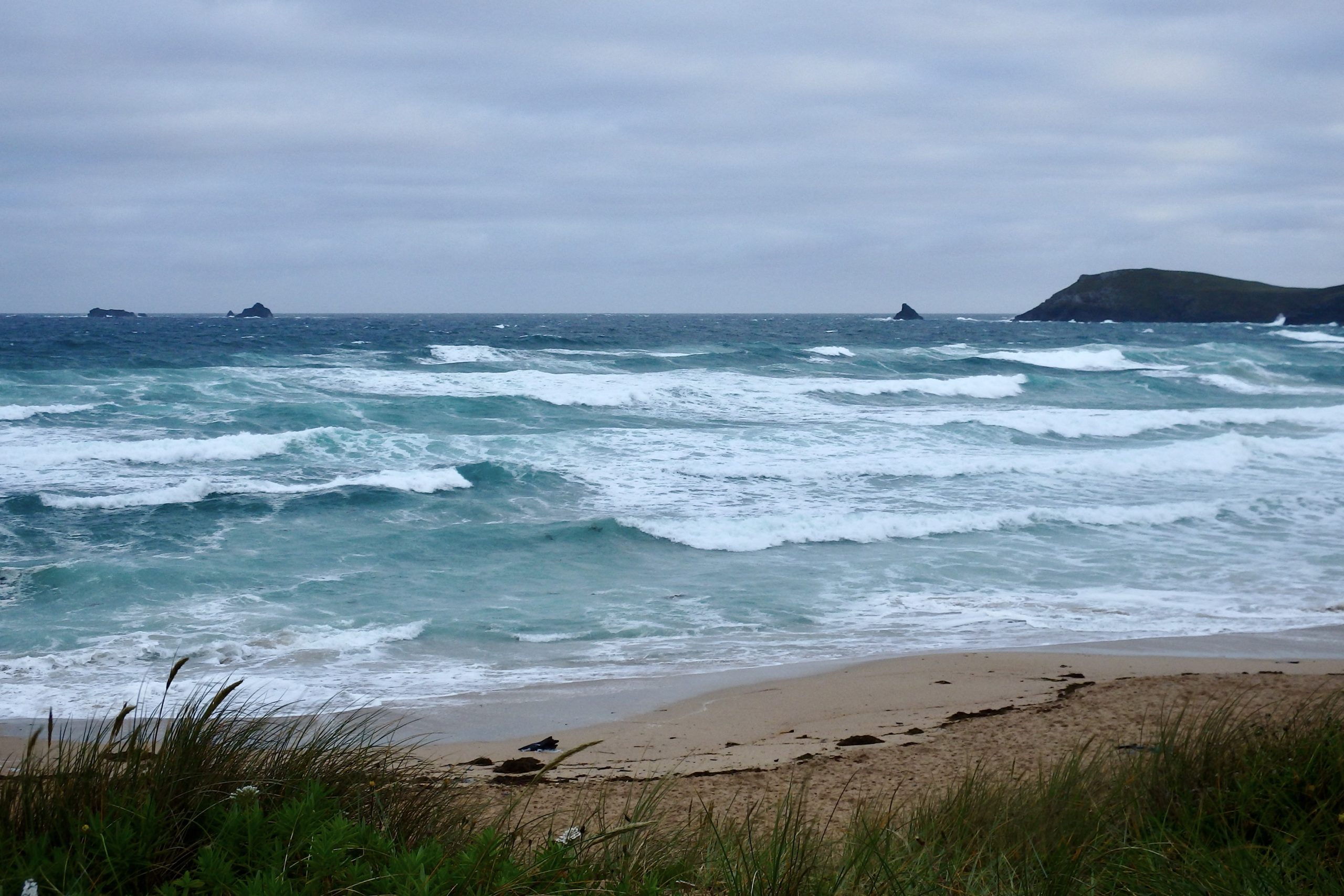 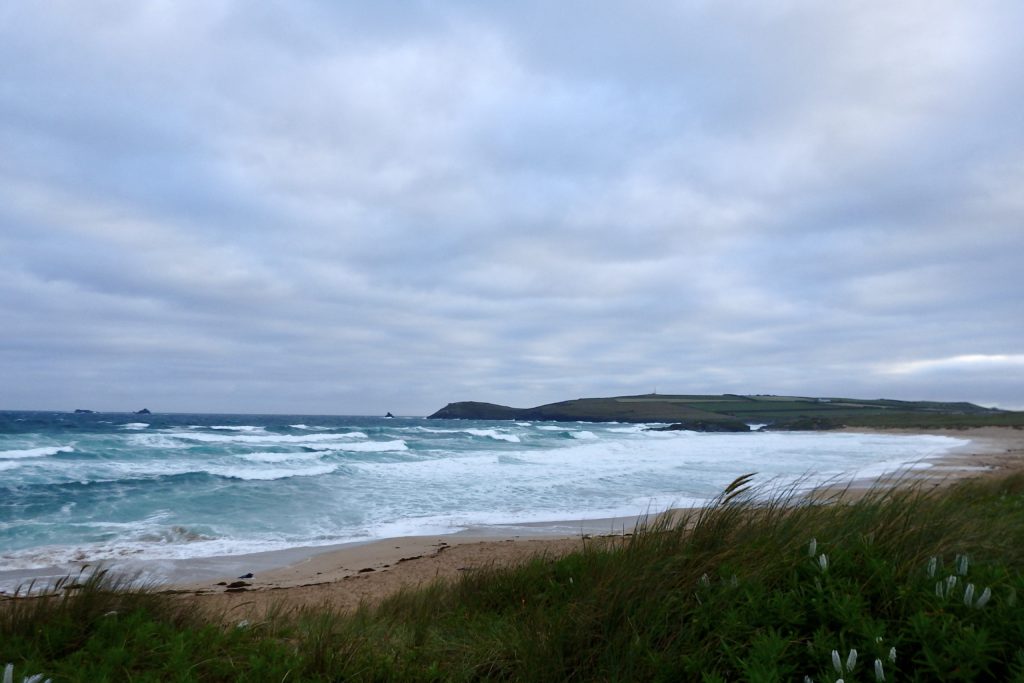 Well it’s not quite the biblical tempest that some of the more dramatic forecasters promised but it is blowing a bit of a hooley out there this morning!
The marram grass is swaying to the beat of a hard blowing west nor’ wester as thick grey bundles of heavy looking clouds are heaved across the horizon, blue streaks stretching to bring some sort of brightness.
The surf is pounding ashore but not huge. Three to four feet of grey blue, wintery looking, frothed and bumpy waves are being tumbled into the bay.
It’s not exactly inviting and the north in that wind is making for a chillier feel but the water temperature is okay (15 deg C) but there should be better waves somewhere else today. 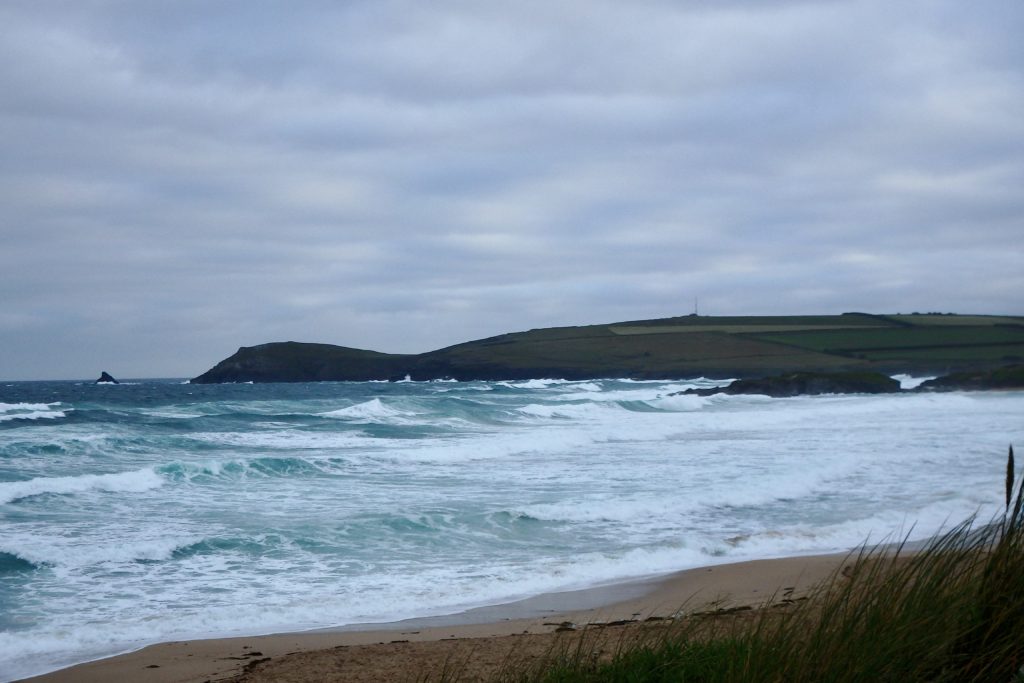 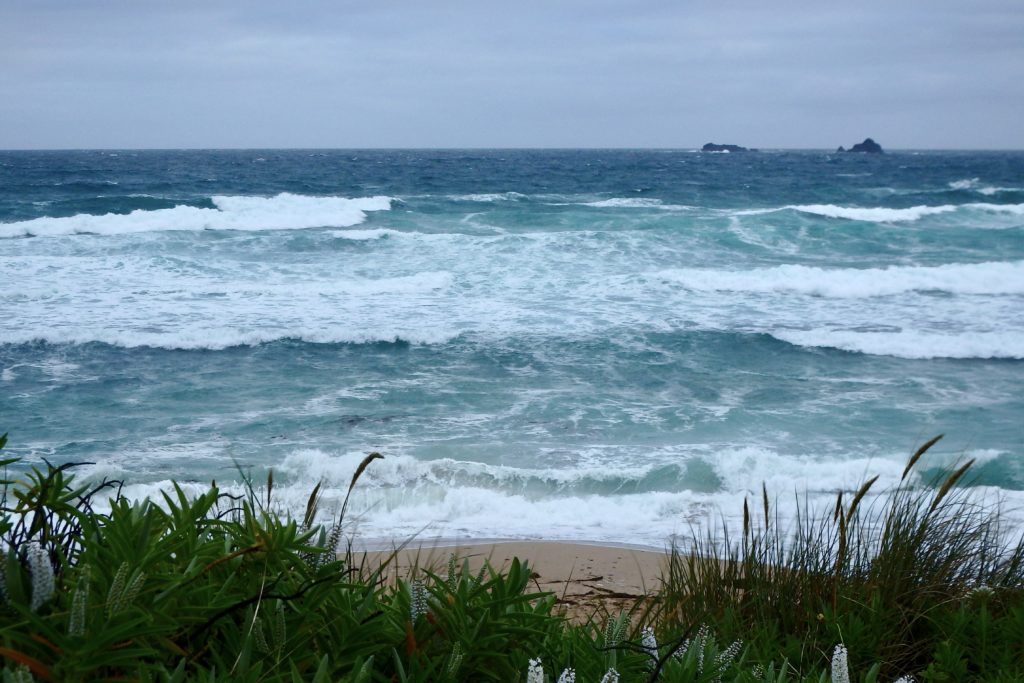 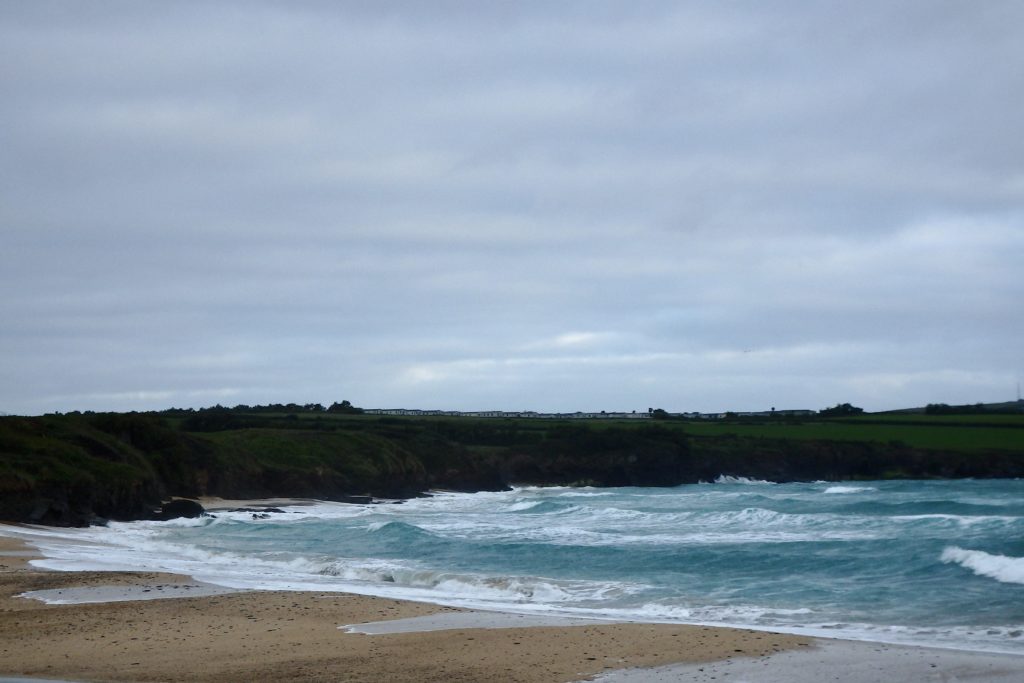 A couple of feet of wind tossed and churned, broken up surf is being bundled into the bay at Harlyn this morning, the sky a lot brighter than expected but still with plenty of thick and water filled cloud to keep us on our toes.
That hard blowing gale of a wind is pretty much destroying the surf but the dropping tide should at least add a little crunch to those otherwise fat and lazy waves.
It might be worth enjoying a windswept Harlyn afternoon but don’t forget the waterproofs! 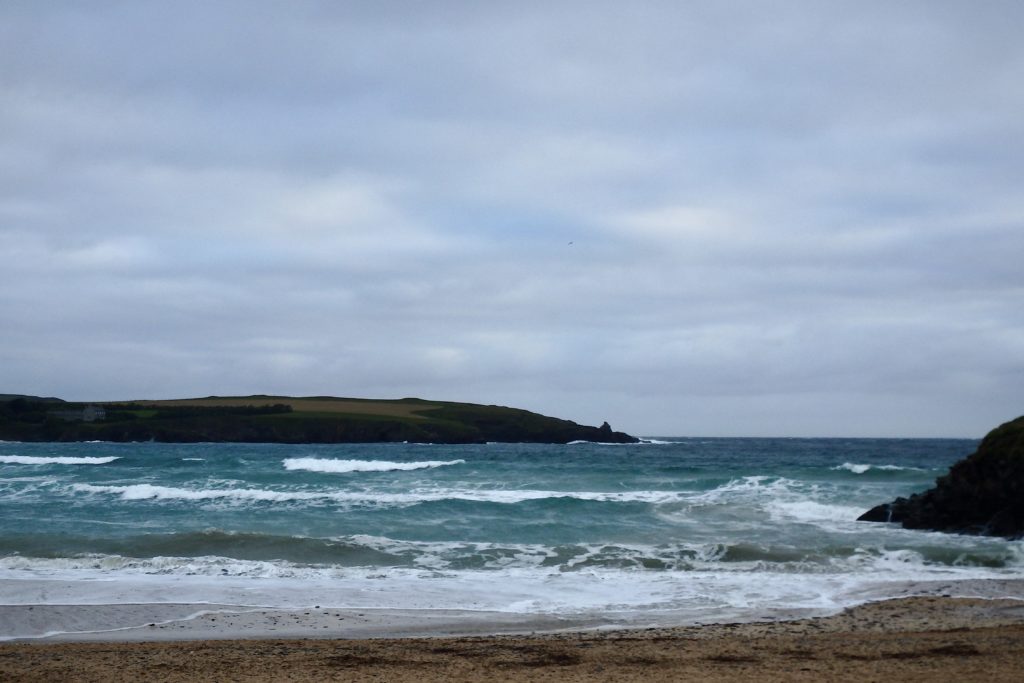 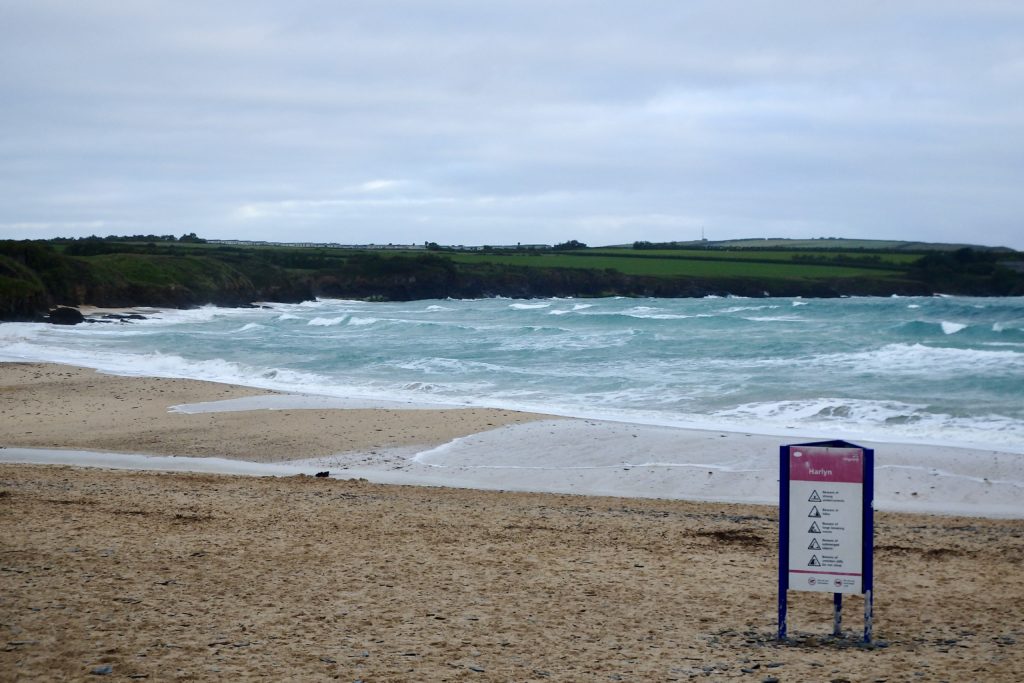 Hard blowing north westerly winds will continue to blow hard through this morning, gradually calming as the afternoon tide rushes in to a seven and a half meter high in the evening.
The surf is going to be trashed at all of our breaks with not much groundswell to promise anything worth the journey to the south coast either.
If you don’t enjoy surfing wind chopped junk surf then today could be another rest day.
But then, I’m always saying it, Harlyn can be a load of fun when it’s onshore – you have all that extra time!

Those north westerly winds at the start of the week should ease back quite quickly backing more south westerly through Tuesday before calming to a northerly breeze through midweek.
So we are looking at another mixed week of mainly tatty and raggedy surf bumbling along the coastline in the three to four foot size range.
There should be plenty of waves to attract everyone in but it’s unlikely that we will see much quality surf this week.
Midweek promise to be the most relaxing weather, if a little chilly in the breeze, with plenty of sunshine. But, again, the surf is likely to be a bit sloppy.
Stay safe, stay happy, stay well and have a great week, wherever you are and whatever you’re doing!