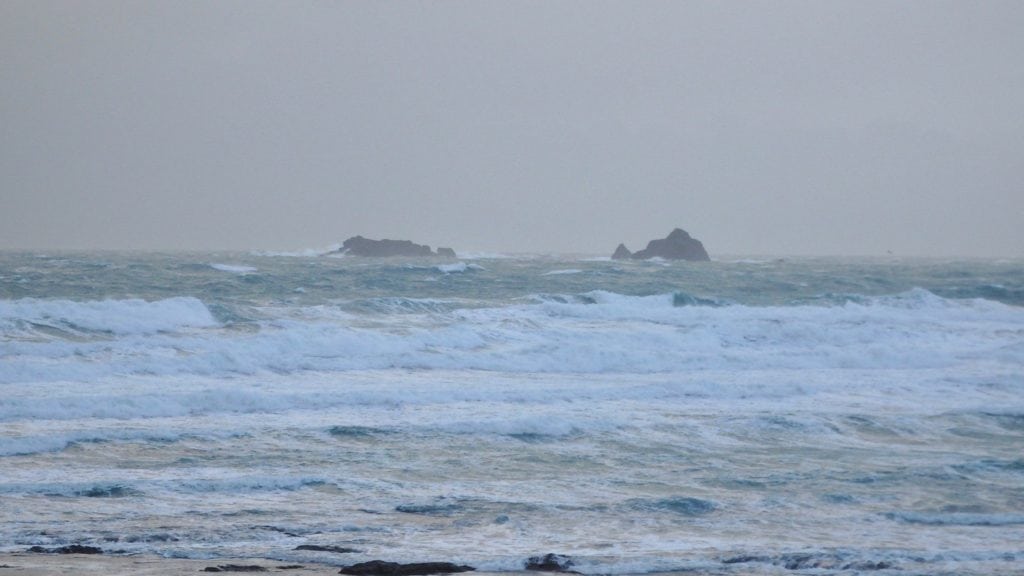 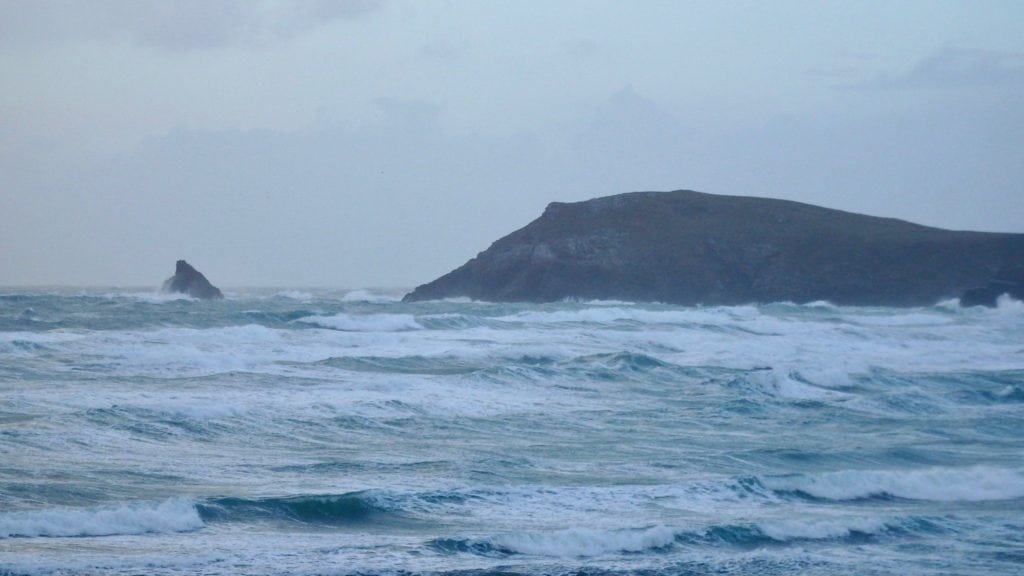 A howling, rain-laden and bone chilling wind is screeching across the headland this morning, those mucky squalls unleashing a whole load of wetness, fast rushing rivulets tracking down the sand.
And the surf is a madness of chaos, not huge in size but big enough to be exciting and totally out of control. Fat lumps of water are being shoved and pushed and dragged across the bay eventually being cast up on the beach in a shore dump of misery.
You really don’t want to be going anywhere near it today! 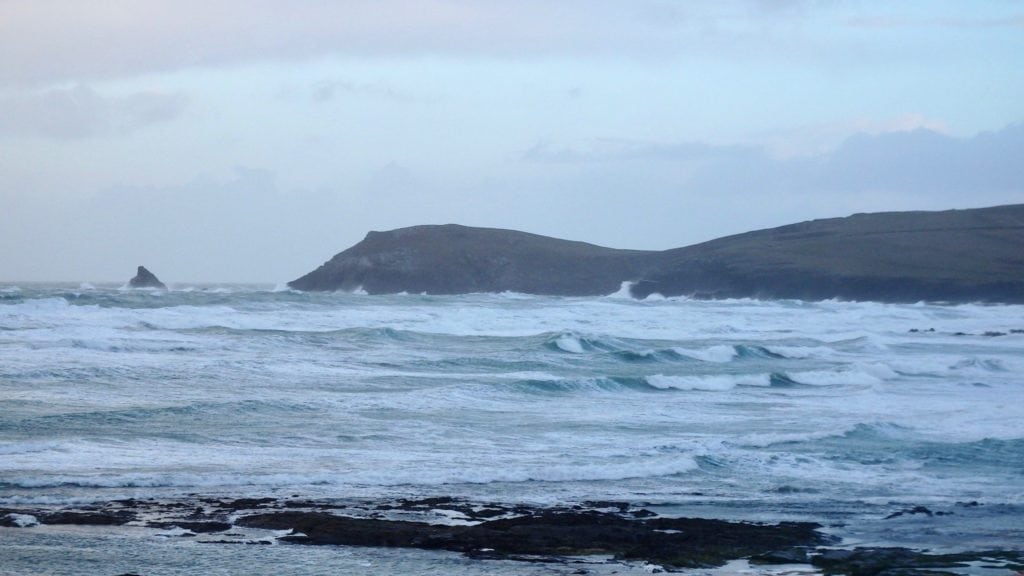 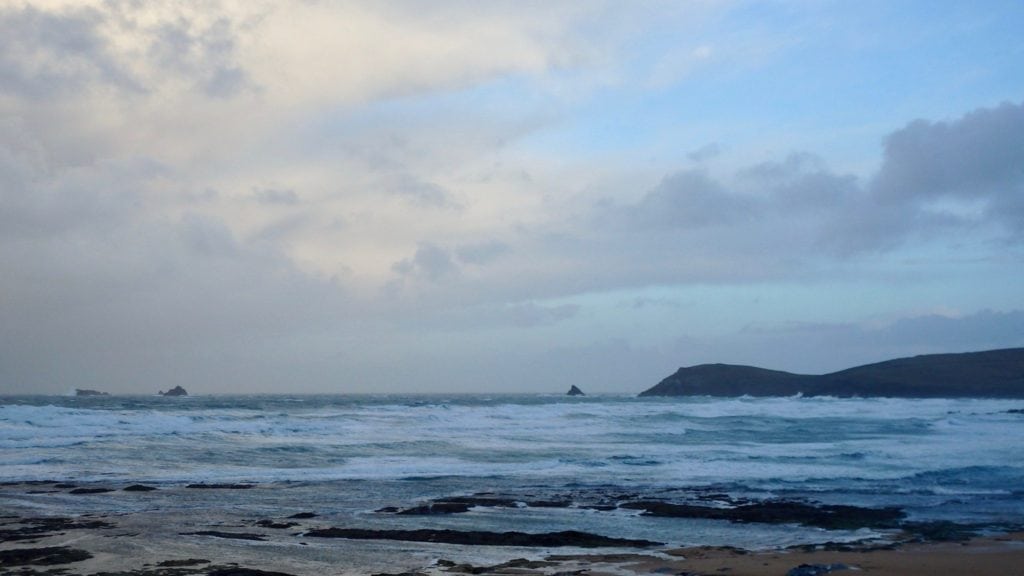 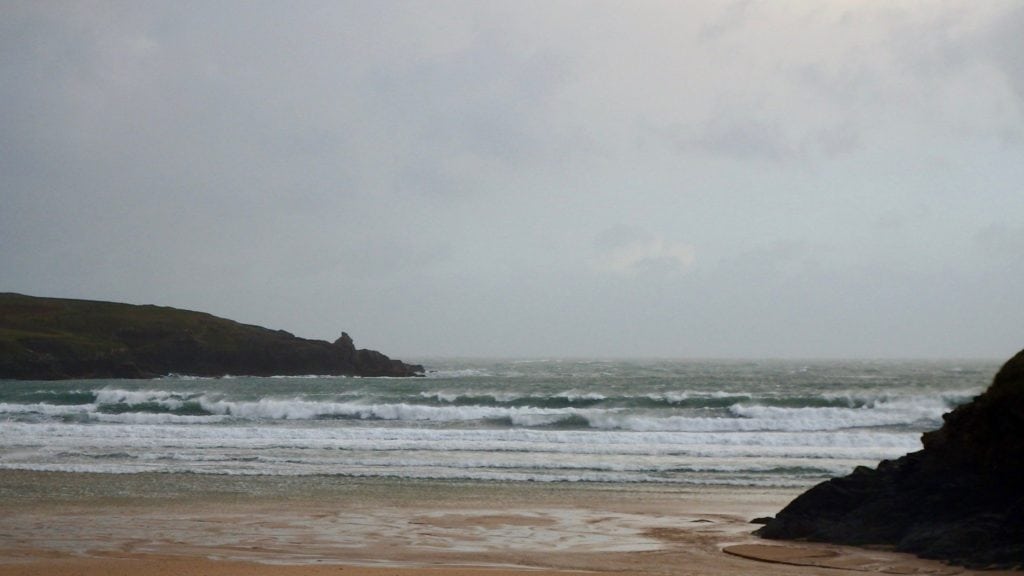 The wind is howling from the north west, a gale force fury of a blow, chopping and churning those mad waves into a frenzy of exploding energy.
The size is irrelevant, it is big but just big and mad!
The far coast is the only option today I would think and you’ll have to be picky over there too! 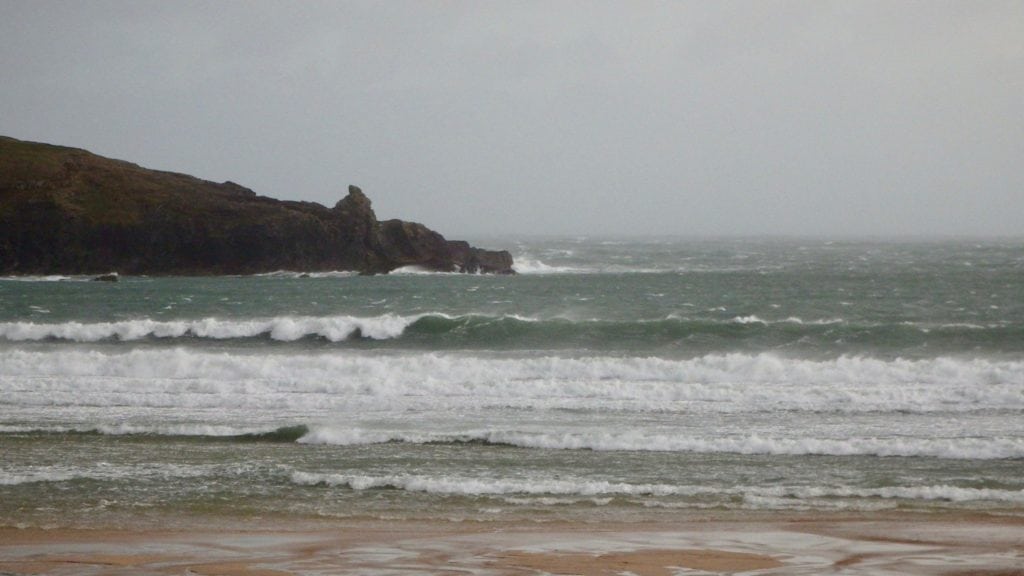 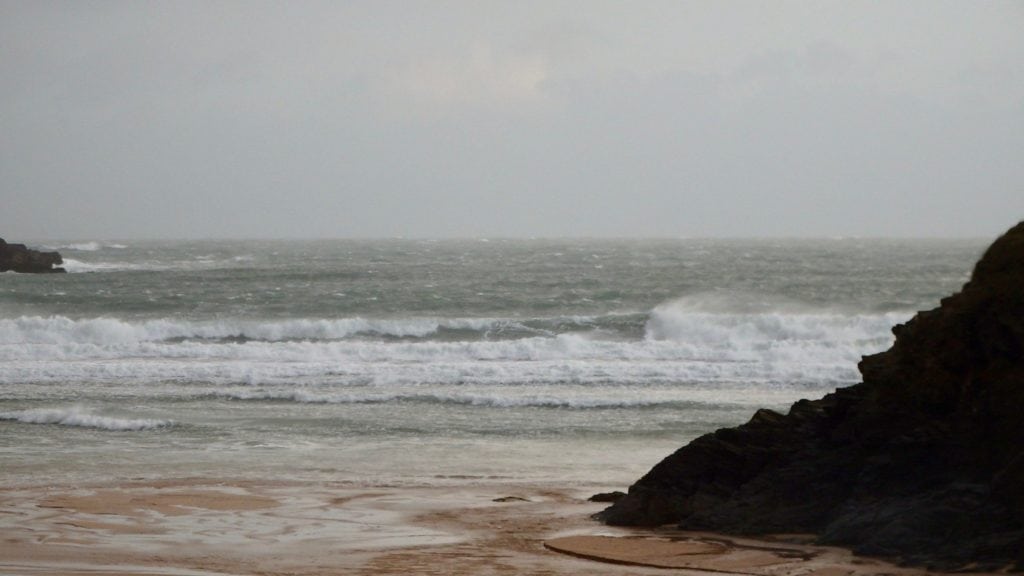 The wind is likely to have calmed, at least a little but not enough to allow the surf to be anything other than wild and out of control.
Big and windblown, out of control surf is likely to continue to batter our already ravaged little coastline, that wind continuing to blow from the north west, chopping and churning those mad waves.
It’s likely to feel cold too!

Another windswept and stormy week is ready to batter our coast again this week.
It should all start out just a little calmer after the weekend’s blast-through but the wind will still be gusty, still onshore and still strong enough to make a mess of those big waves at pretty much all of the surf breaks along this coast.
Tuesday morning might just see a calmer period and, if we are luckier than lucky, there might even be a period of light offshores through midmorning!
I think it might need more for longer to manage to improve the surf conditions but there is a small chance of something better for an hour or two!
Otherwise we can enjoy another windy week filled with onshore slopped and chopped, mainly out of control surf!
Have a great week, wherever you are and whatever you’re doing!