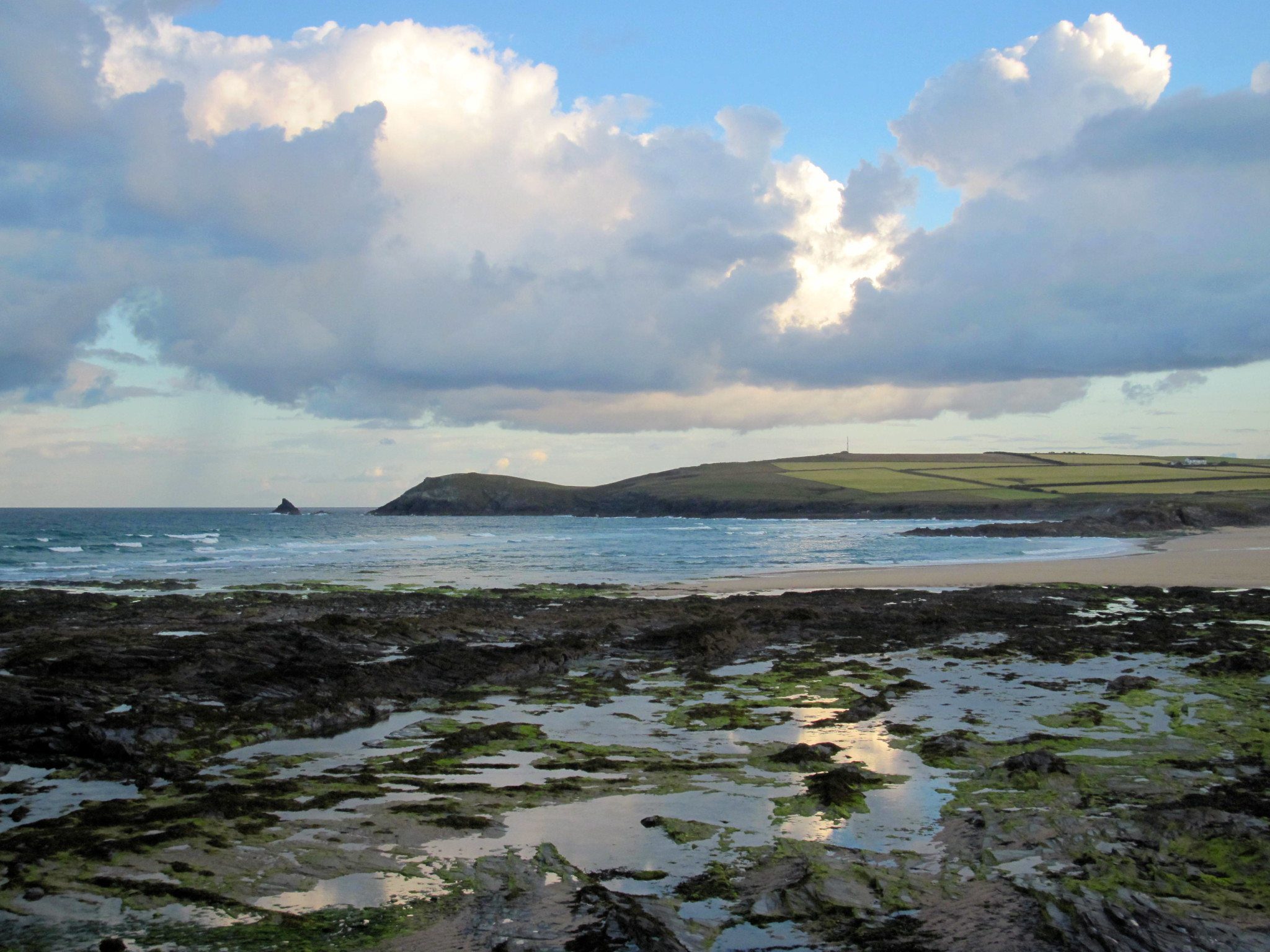 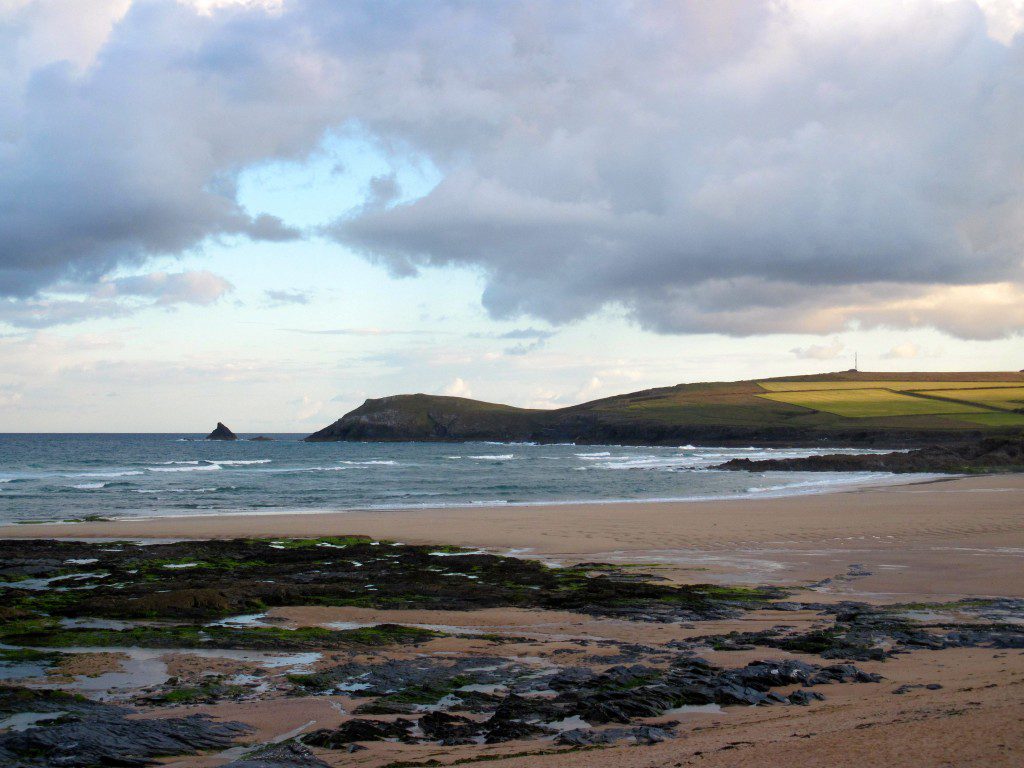 The wind is quite light this morning but still fresh enough to make a mess of the smaller than expected surf. And it has a chill to it too!
Blowing from the west, that light but steady wind is pushing a couple of feet or so of mixed up and mushy stuff into the bay at just about low tide. The surf is not great, not by a long way but it is okay and might just be a bit bigger than it looks.
It could improve with the tide too.
The weather isn’t all that either, those clouds are bouncing around the sky line with intent, backlit by blue but some of them dark enough to be a threat. We’re going to see at least a shower or two this morning!
It should brighten up eventually though.
No, this morning is probably one of those Sunday mornings when you would want to roll over and snuggle up to a loved one, there ain’t much happening out there! Not yet!
High tide could be fun though! 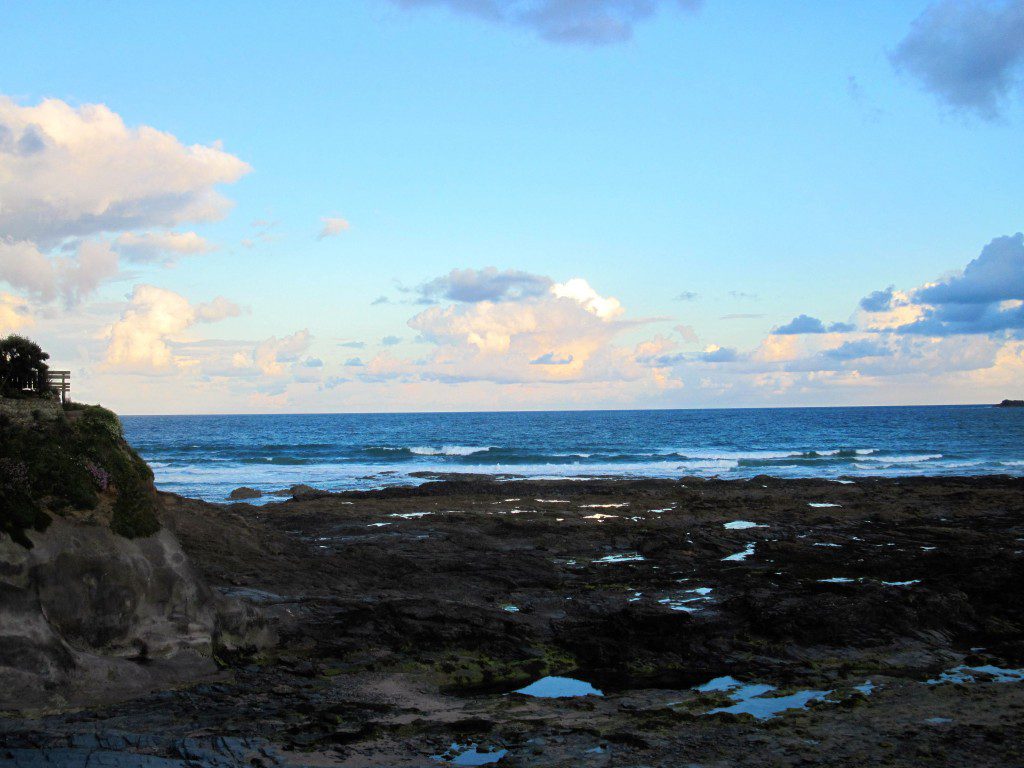 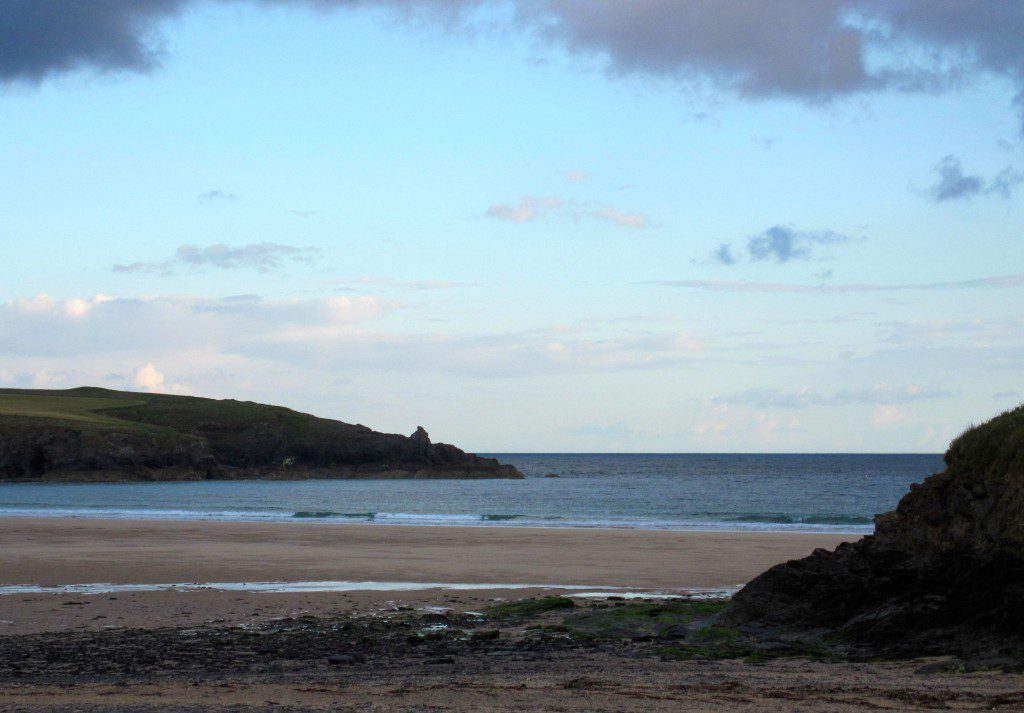 It is pretty tiny around here this morning.
Barely a foot of still sloppy looking surf is lazily slopping onto the sand.
That is at low tide and so you have to think that it might just be better in a couple or three hours.
Maybe.
This westerly wind isn’t being that kind to it either, even though it is only light.
It could be worth a look back in a few hours to see if the tide has pushed a little more size into it and to see if it is a little more sheltered too.
The other side is probably going to be preferable but it might be worth a little look back here later.

The wind should stay light today, onshore but hopefully light enough to get away with it.
The swell looks to carry on as it has been, a couple to maybe three feet of mixed up and bouncy waves breaking where they want. It’s not looking great for surf but should be just about okay with some bright enough weather. And that always helps!