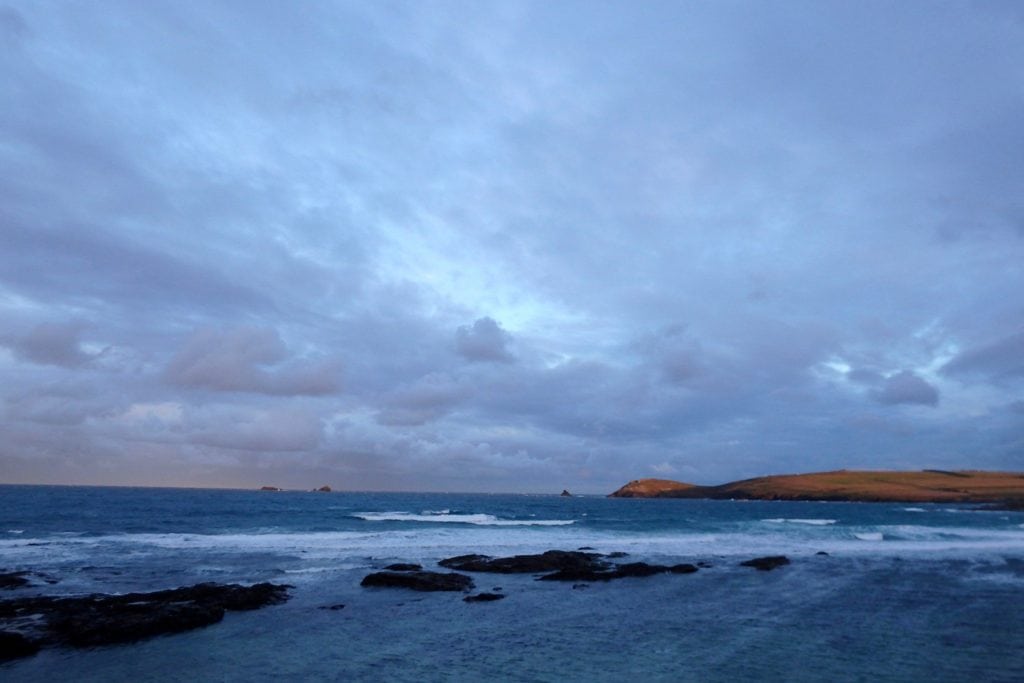 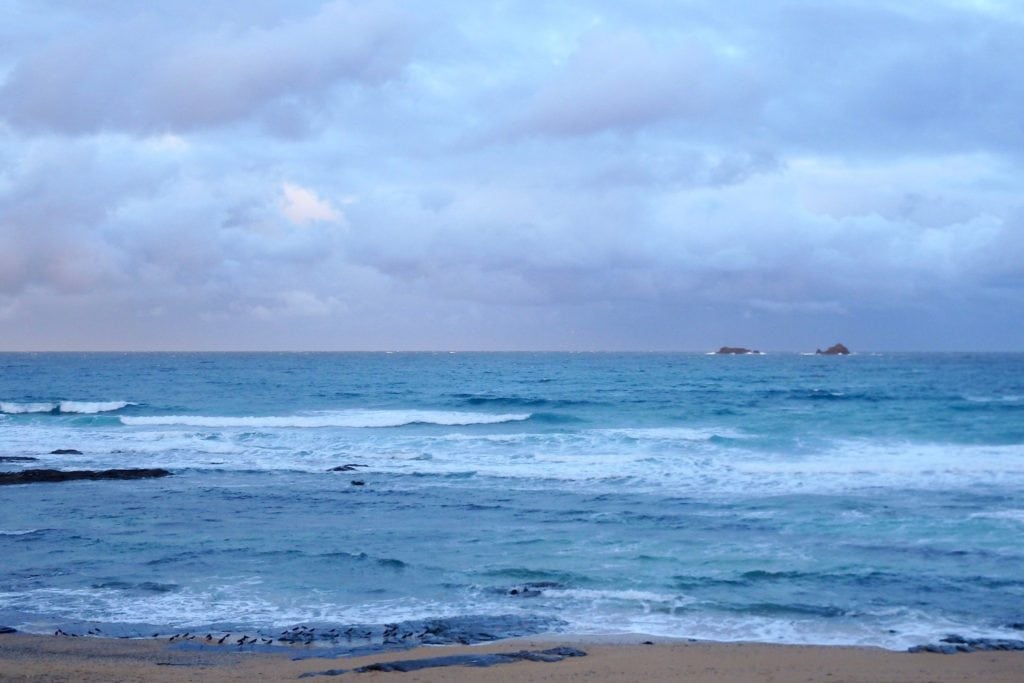 And just like that, winter has arrived!
A cold northerly wind is gusting down the coast tumbling huge and dark, rain filled cloud banks on its way.
And it is also wrecking the surf conditions too!
A couple of feet of close-fetch and mixed up surf is being tossed and turned by that gusting wind. The high tide is helping to keep some shape to it but it is a mess really.
That wind could very easily twitch to the north east, which would be ofshoreish, or it could equally go more north westerly and that would be even more onshore!
I’m guessing that it’s going to end up being just a bit of a write-off day surfwise today!
Unless of course you love boosting those big air loops – it would be a great day to practice all that stuff! 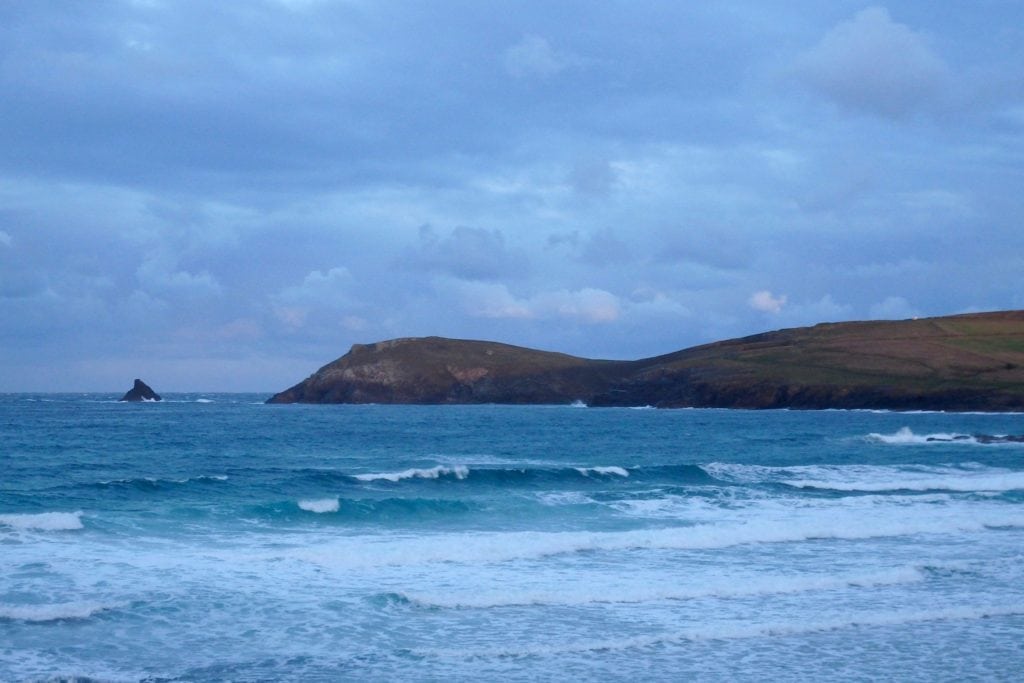 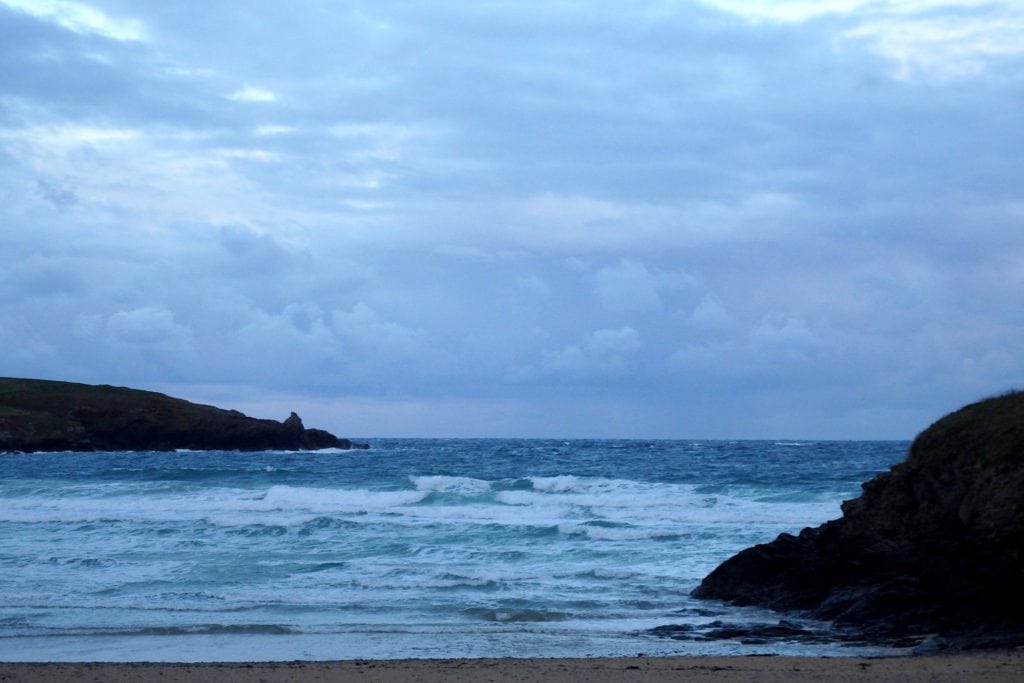 A foot or two of raggedy junk surf is being bullied into the bay by that cold and gusting northerly wind.
There’s not much to surf on here today and it’s not holding out too much promise for later either! 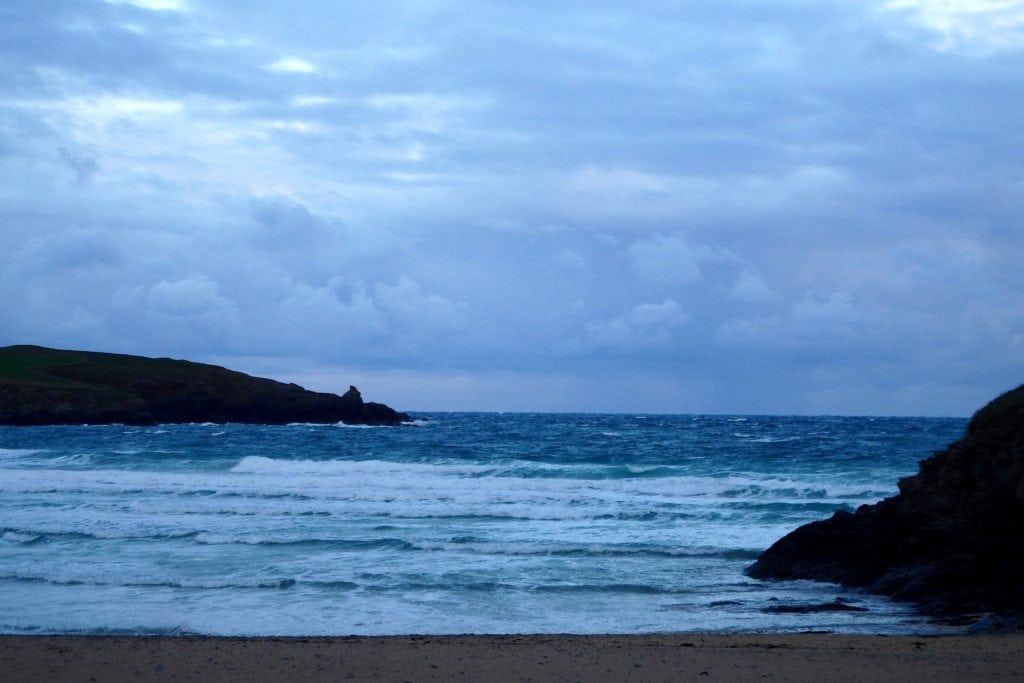 The wind is likely to continue to chill the air while it gusts in, more from a north easterly direction today, more offshore.
But the surf is likely to be only small, a foot or two at best. We should see some lighter and brighter weather though, even if that windchill will take the edge off that.
So, a longboard glide on a breezy, chilly autumn kind of day, that could be fun!

A breezy week is waiting, the week starting out with a cold north easterly gusting offshore against some tiny waves but quickly swinging onshore as we go into Tuesday.
Tuesday morning is likely to continue to feel cold in the wind before we see a windswitch to the south west, a bit of a more swell supporting and milder (but usually damper) direction.
That is likely to be short-lived, those north westerlies returning by Wednesday.
But hopefully it will have introduced a new swell by then, at least allowing some bigger waves to limp in and opening up some south coast opportunities.
And that’s the way it’s likely to stay for most of the rest of the week, brisk onshore winds, mainly blowing from the north west and junking out the building surf.
Yes, it could indeed be a good week to aim for the far coast!
Have a great week, wherever you are and whatever you’re doing!