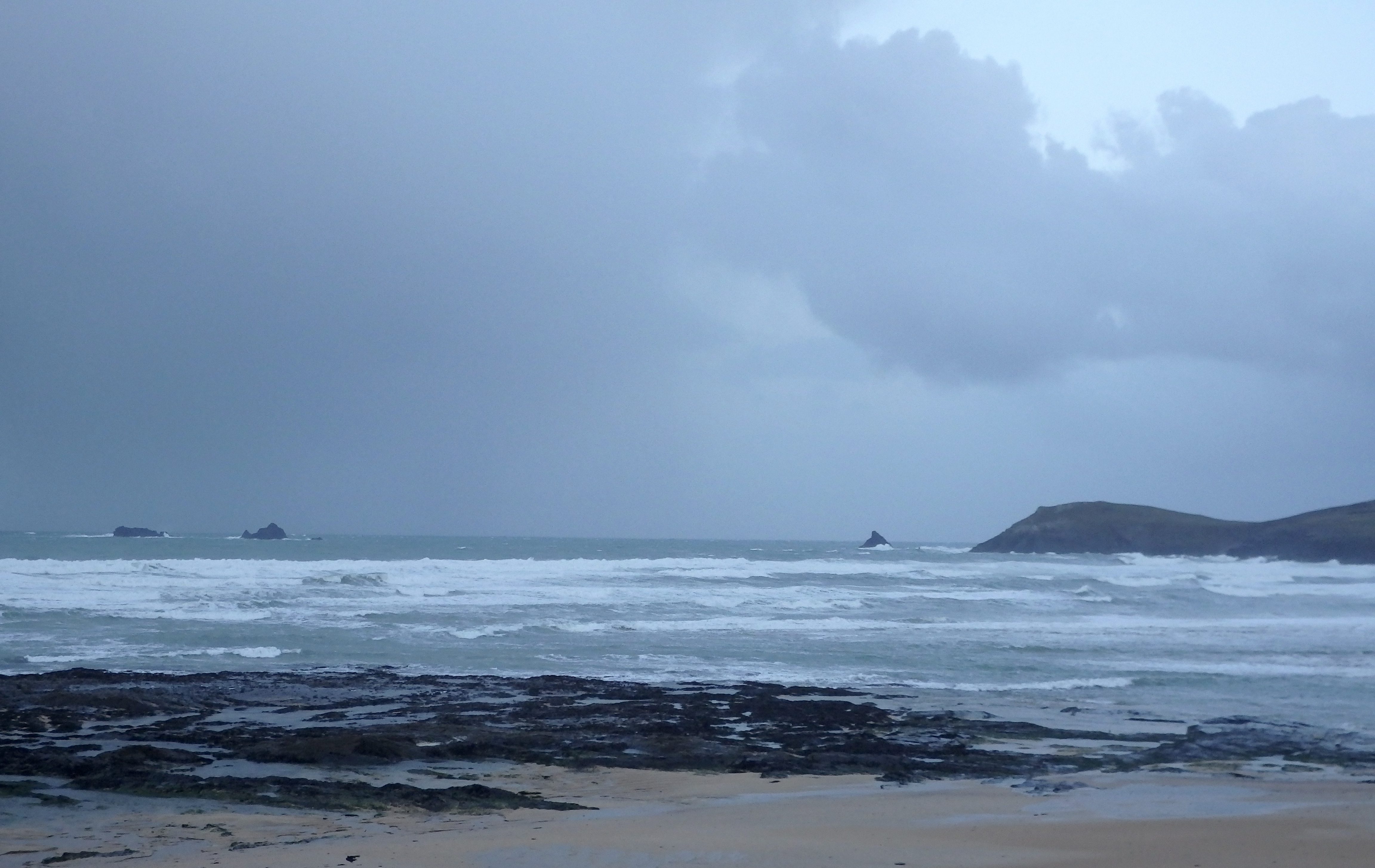 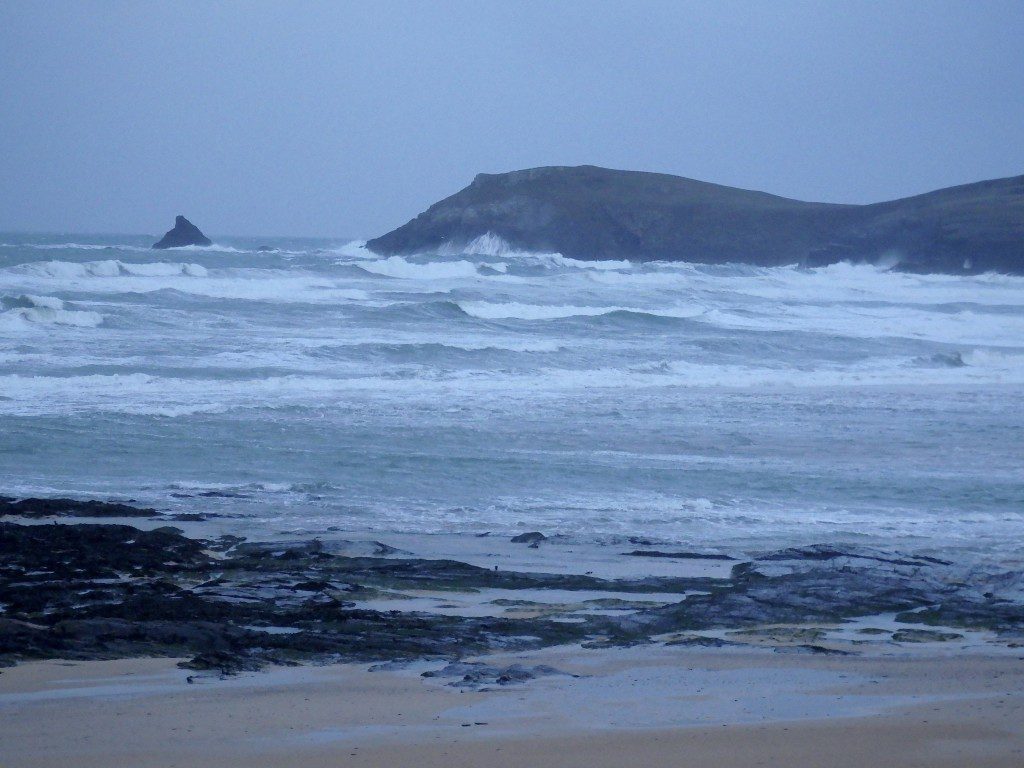 Another west sou’ westerly gale is blasting into the bay this morning, hurling stinging hail and swirling downpours of heavy, heavy rain at us.
The surf is a blown out mess of bouncing and directionless, mixed up greyness.
Some of those waves are big, six to eight feet, probably bigger but it’s so out of control, it’s irrelevant.
We won’t be surfing here, not today and that’s for sure! 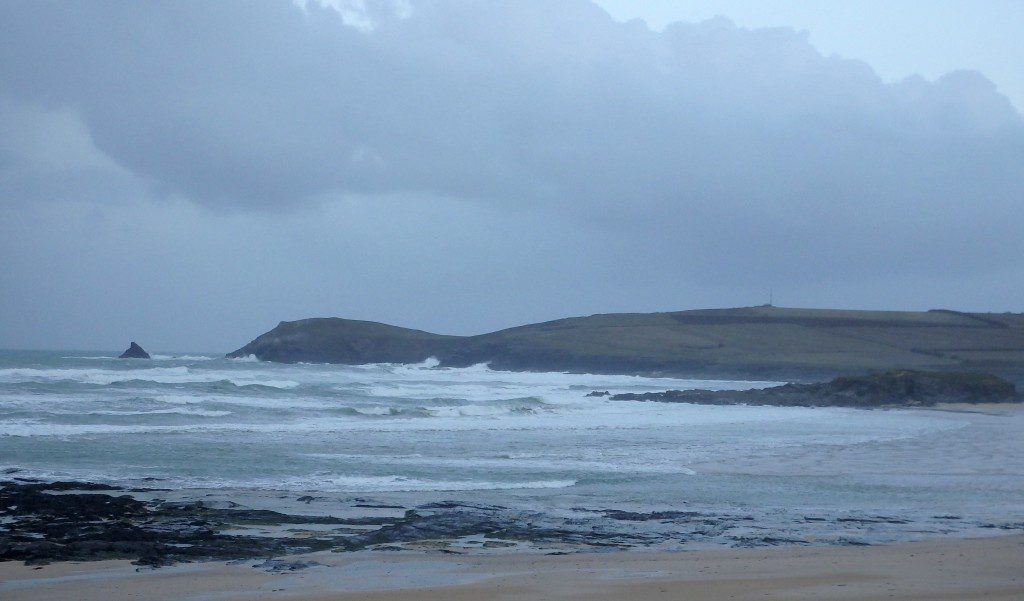 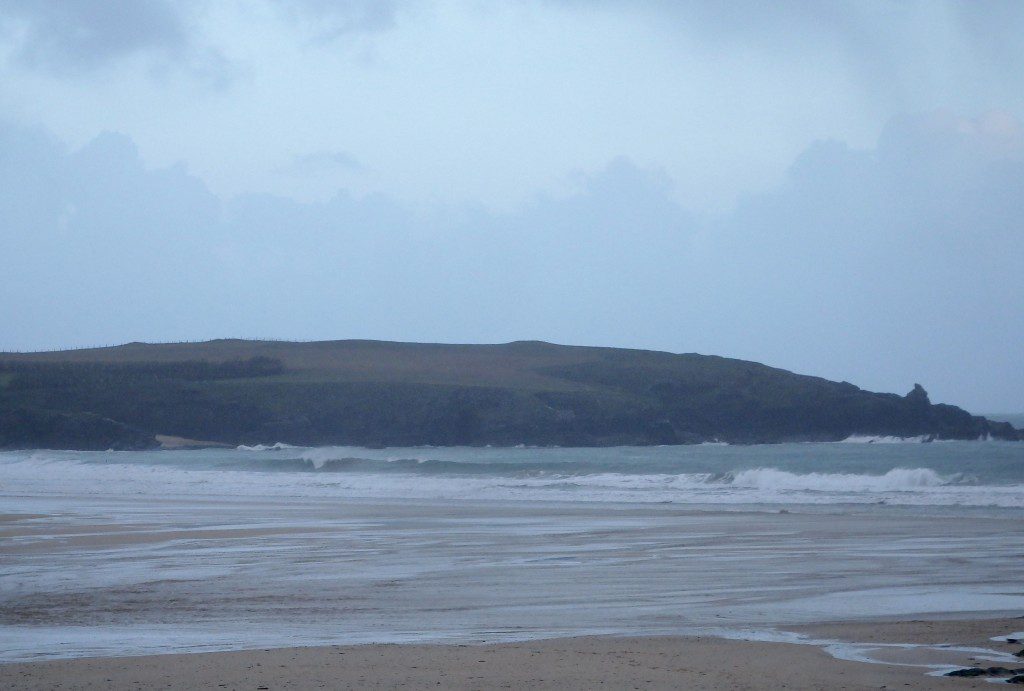 Those heavy squalls are blasting across the bay here as well, that west sou’ wester storming through in sheets of wet.
The surf is a bit troubled with four feet of indecisive, thick and hesitant stuff wondering where to break.
The sets are probably a good bit bigger as they explode off the Rock, allowing some shelter down the far end but those double and triple-ups are grinding ashore all mean and hollow, even occasionally down there.
This storm should eventually allow the winds to veer more south westerly which will improve conditions here tremendously but that might not be until midday or later making for an afternoon of booming barrels!
Yep, it is likely to be big and hollow and offshore for this afternoon’s tide! 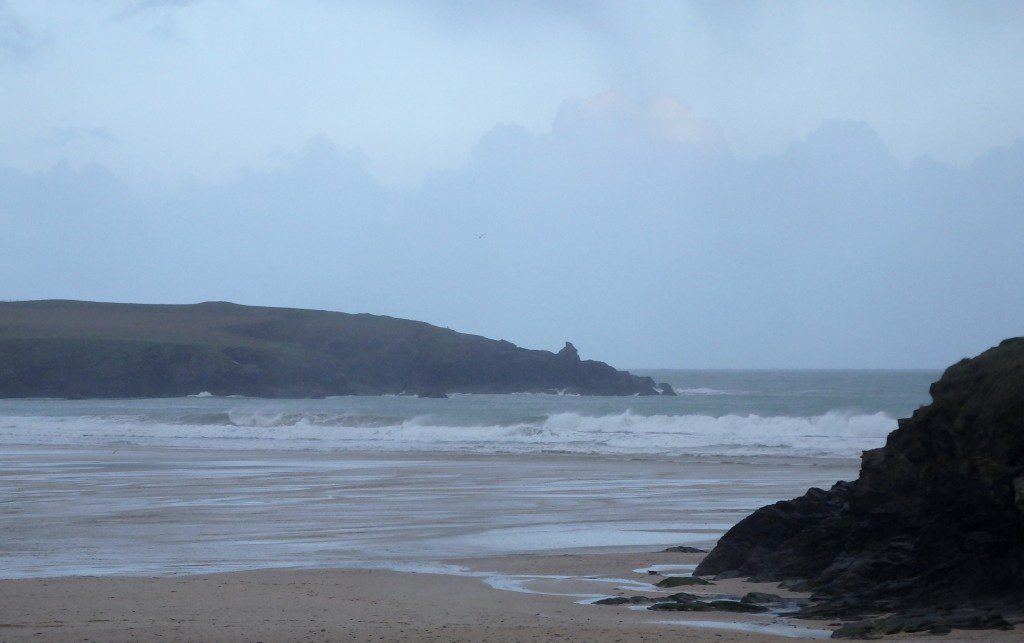 Ha! How big is that going to be!?
Huge storm surf is expected to blast its way ashore today reaching into the ‘as big as it gets’ scale! But accompanied, as always, by those storm force winds.
It should be a great day for storm watchers and seascape artists but those of us who just want to ride a few waves are going to have our work cut out.
Missions further afield are being discussed, those phantom surf breaks that are half whispered about, briefly mentioned without too much conviction, those places that rarely break except under the most exceptional conditions, they’re the ones, they’re the places to head for today!
Wales? Ireland? Exmouth? Up channels, down creeks?
There will be a lot of choice but there will be a lot of waves as well, so take it easy and be safe!

Massive storm surf, accompanied as always by massive storms, will shake us into this week, with huge surf blasting our way through Monday and into Tuesday.
The winds are likely to be ferocious for a lot of the time too, gale to storm force westerlies are likely to be screeching along the coast for a few days at least.
And then, as the winds ease back, so too will the surf, dropping back to a more manageable four to six feet or so of swell through midweek, still onshore and still bumpy and lumpy but at least allowing Harlyn the chance to provide some more fun surf.
And then yet another blow-through will book-end another stormy old winter’s week!
Have a great week, wherever you are and whatever you’re doing!