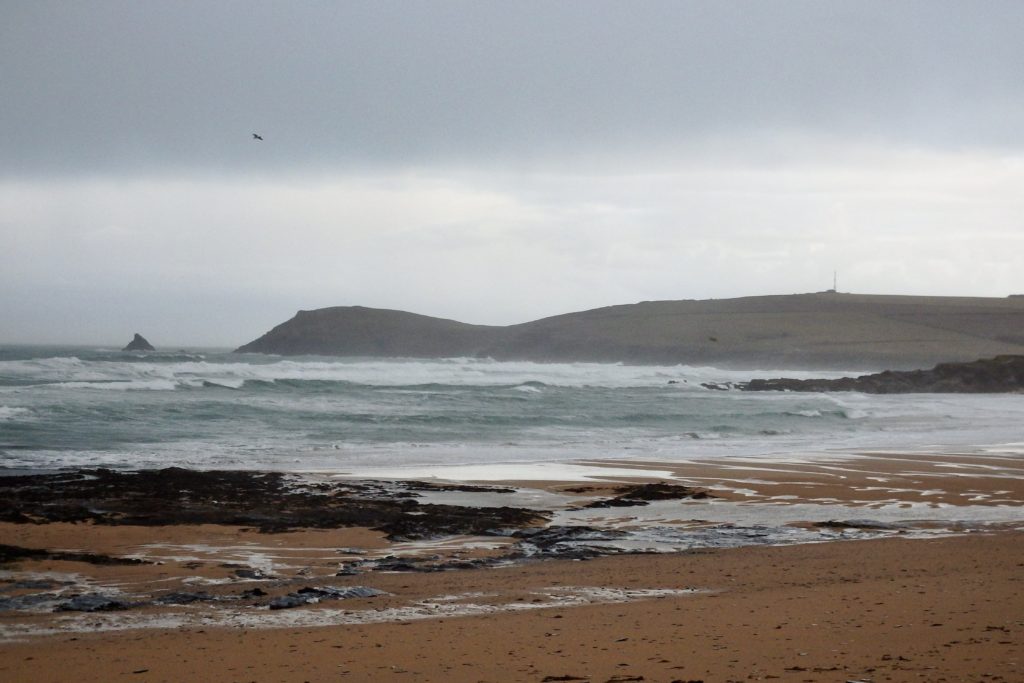 The rain is piercing this morning, stinging sheets of windswept showers, a steady sou’ wester blowing mild but wet. But the sky looks brighter not too far away so it might all improve soon enough.
The surf is bigger than it looks too, with one person out paddling hard alongside the rip and getting nowhere. Windblown lumps of six foot plus waves are bundling into the bay with no appealing shape and no direction.
Harlyn should be good though. 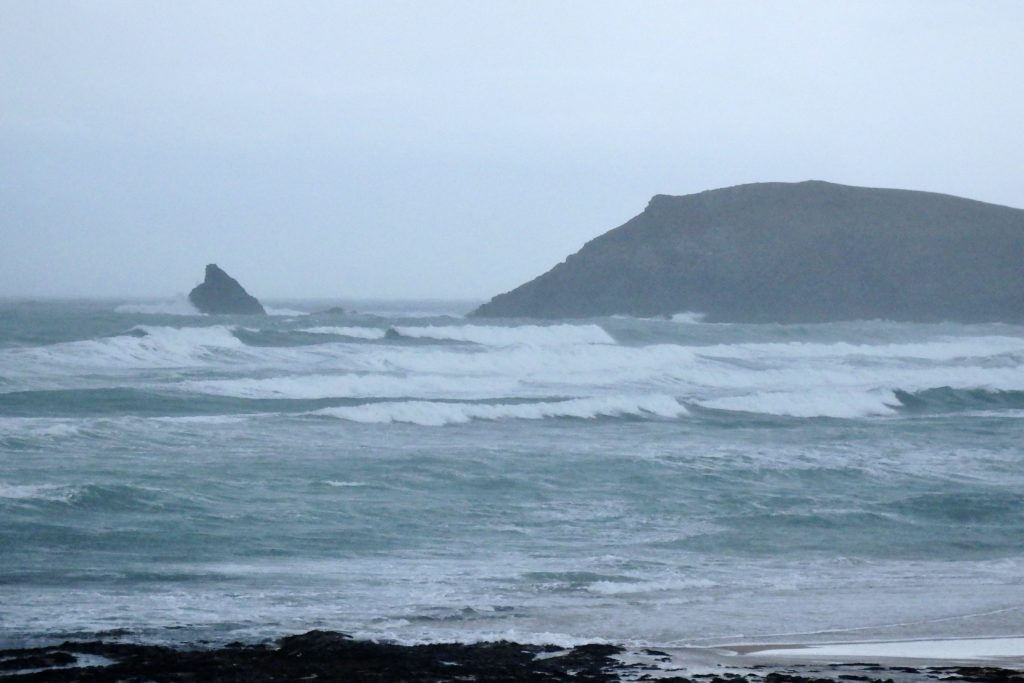 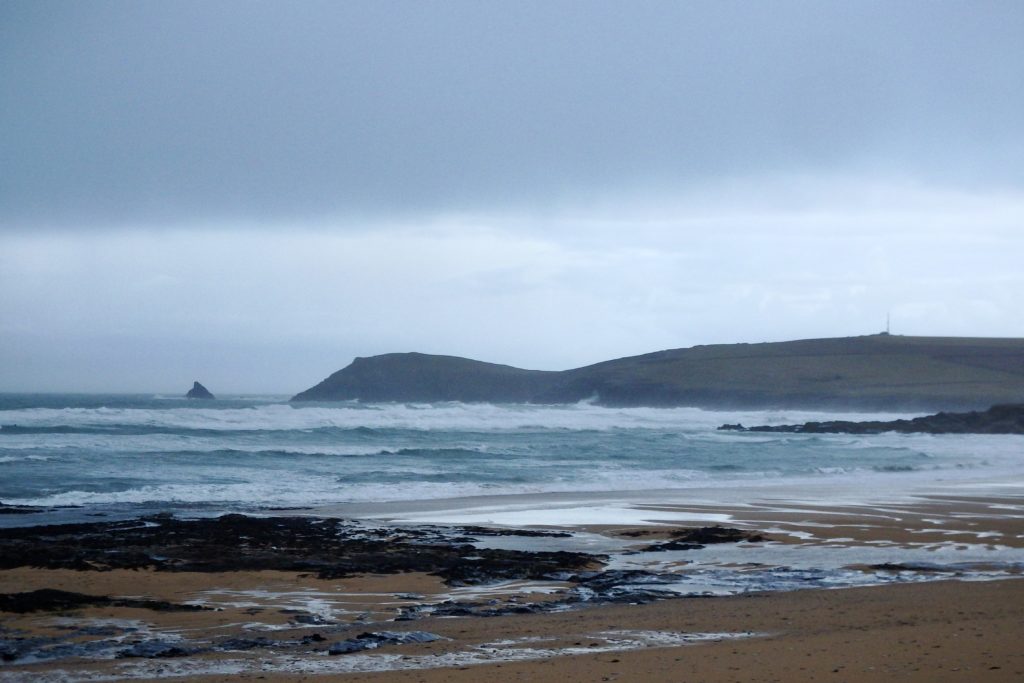 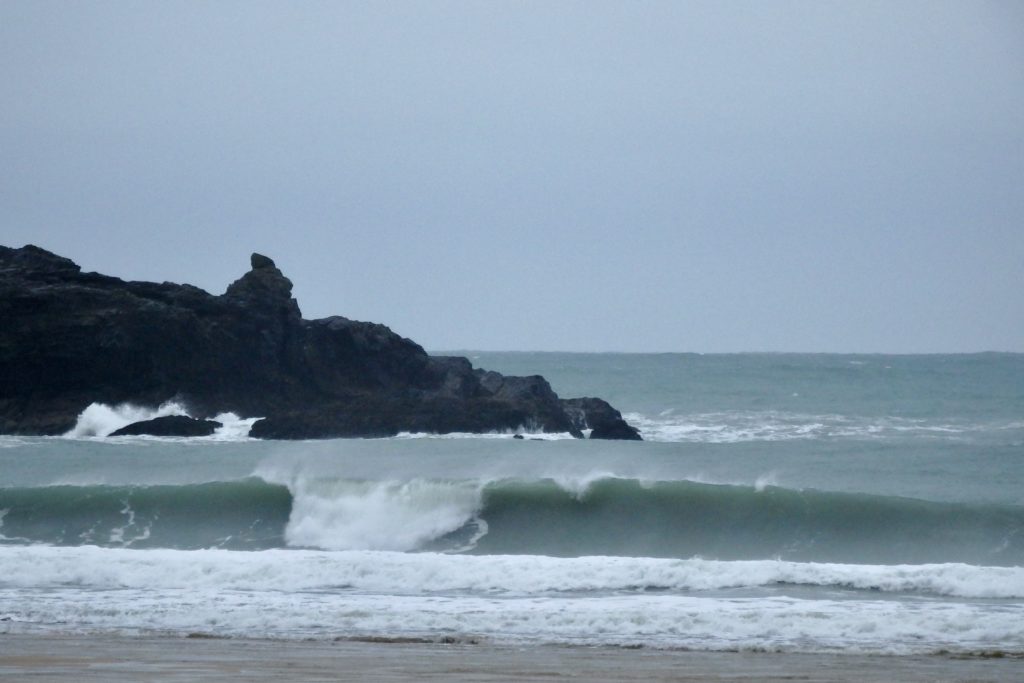 Thick lumpy waves are crashing through on the dropping tide at Harlyn this morning, a solid four or five feet on the sets, a little smaller inbetween with occasional bigger ones crashing over the headland.
The pushing tide this afternoon should improve things a lot but we are going to have to put up with a few dumping close-outs first! 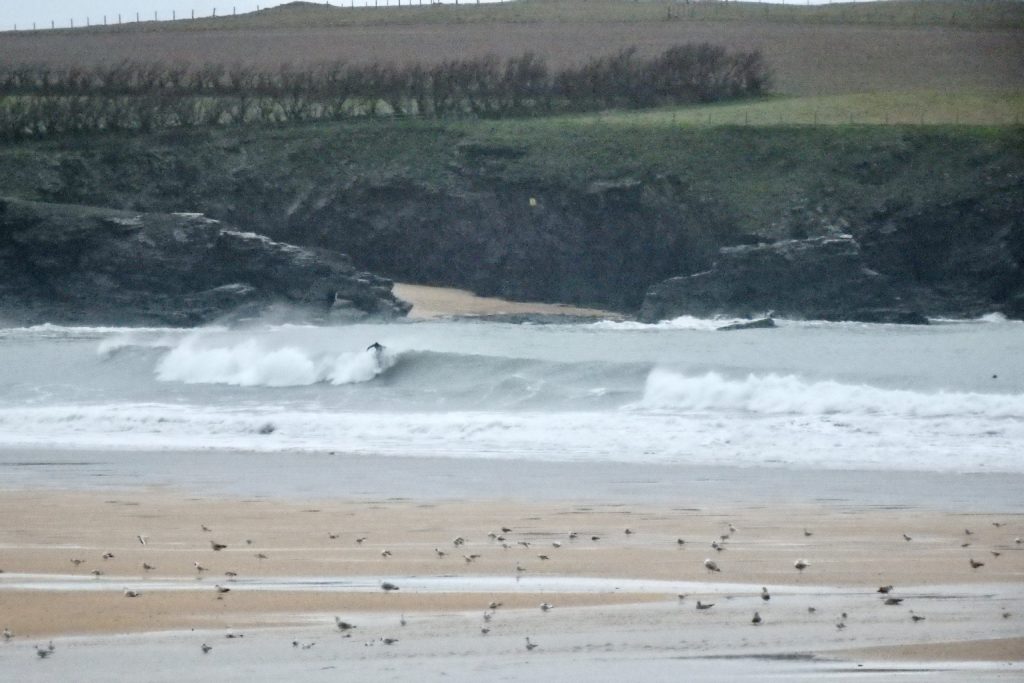 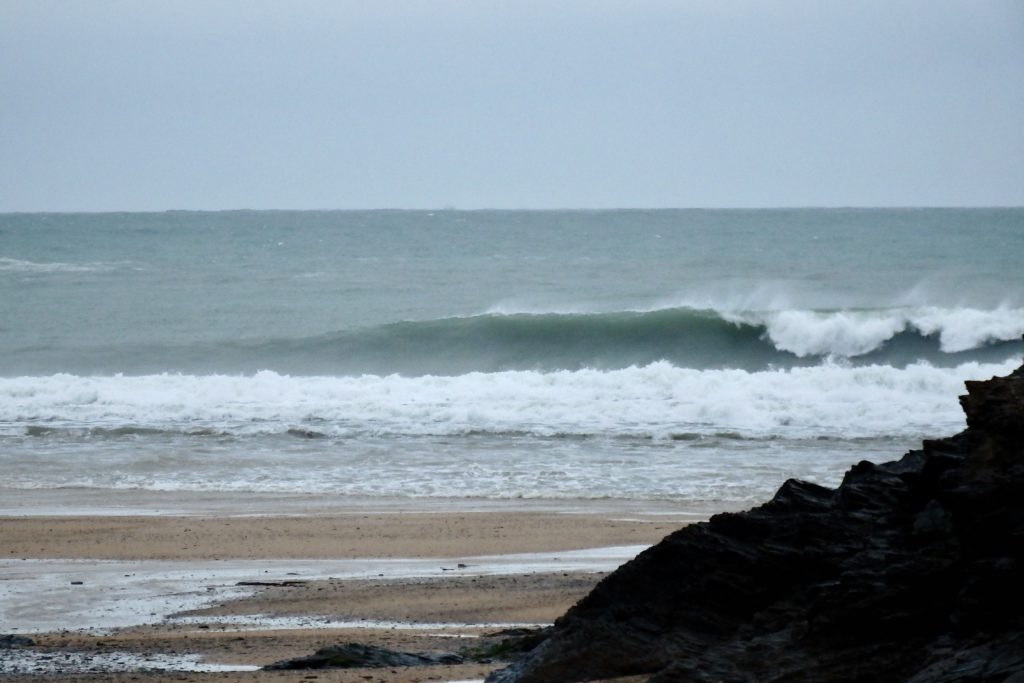 Another windy and blustery week lies in store for us as we stumble headlong into mid March. But after starting out from the north west first thing on Monday that wind will quickly settle into a steady blow from the south west. Combine that with more thumping swells that are grinding our way and we have the perfect combo to produce excellent conditions for Harlyn!
South westerlies usually bring milder conditions too, if a little soggy.
Harlyn should be holding some size as we go into the week, a thick and heavy six feetish of thumping swell to start with, easing to three to four feet through midweek before storming back to real big to end the week.
It could be hard work and quite demanding for a lot of time with those thick and lumpy, solid swells rolling into the bay but by the end of a week of surfing solid and chunky hollow Harlyn you should be as nimble as a Ninja Kitten just in time for those halcyon Spring days of surf and sun that must surely be just around the corner?
Have a great week, wherever you are and whatever you’re doing!