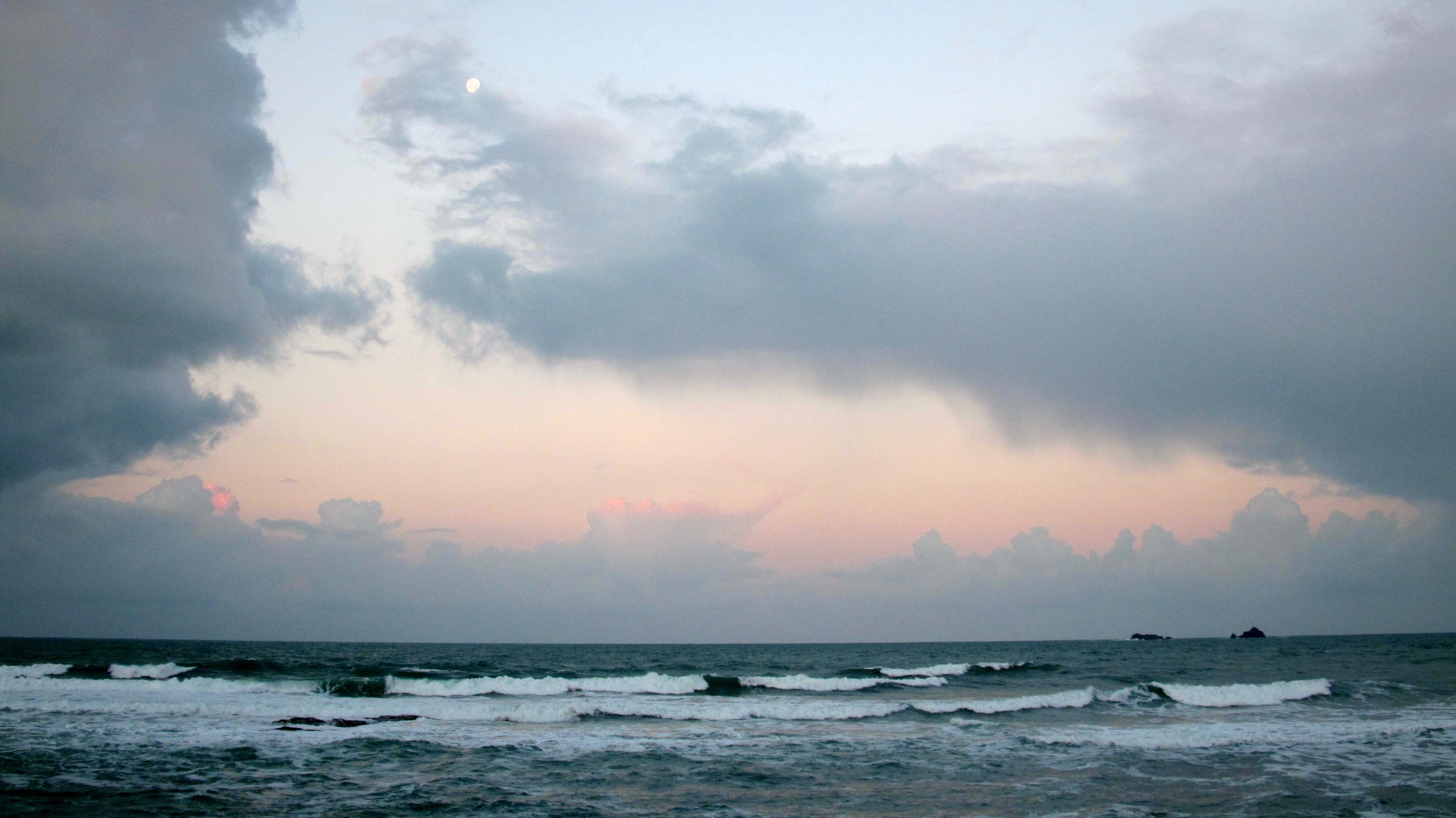 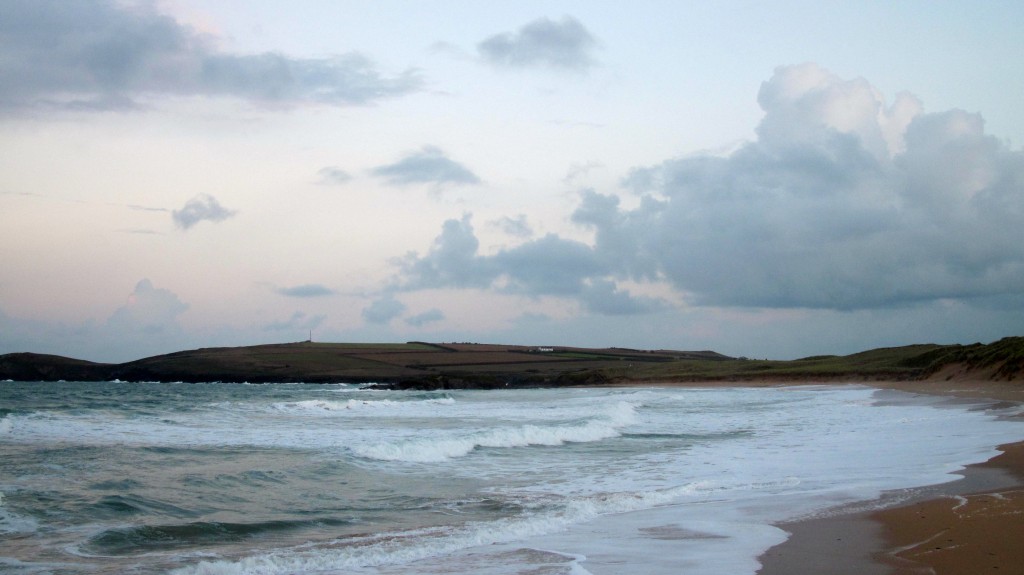 There’s a technicolour lightshow going on out there this morning with a massive burning scarlet sunrise shaking the dawn horizon, while a silver globe moon suspends itself opposite, vertical rainbow segments reaching for either inbetween.
Yep, it’s a pretty morning and peaceful too, that wind having eased from yesterday’s blow-through, a few bigger blue spaces patching up the still mainly cloudy sky.
Those clouds are brighter than they have been though.
The surf isn’t all that, there’s three feet of lazy and sloppyish swell rolling our way, the wind lighter but still fresh enough to bump it into mainly unpredictable stuff as the tide just starts to drop off from high.
It should be okay for some sloppy fun later, probably strengthening just a little on this afternoon’s tide. 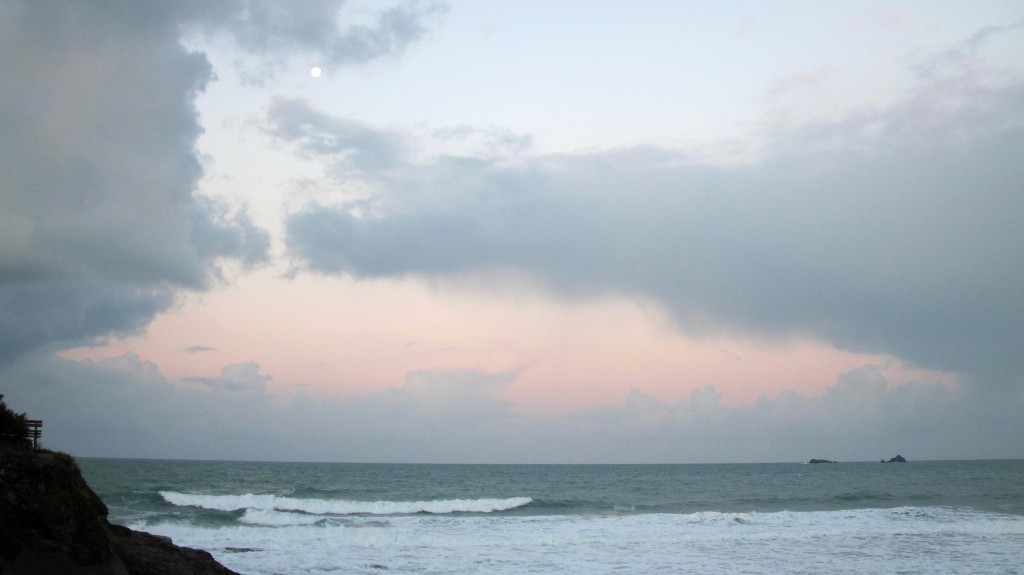 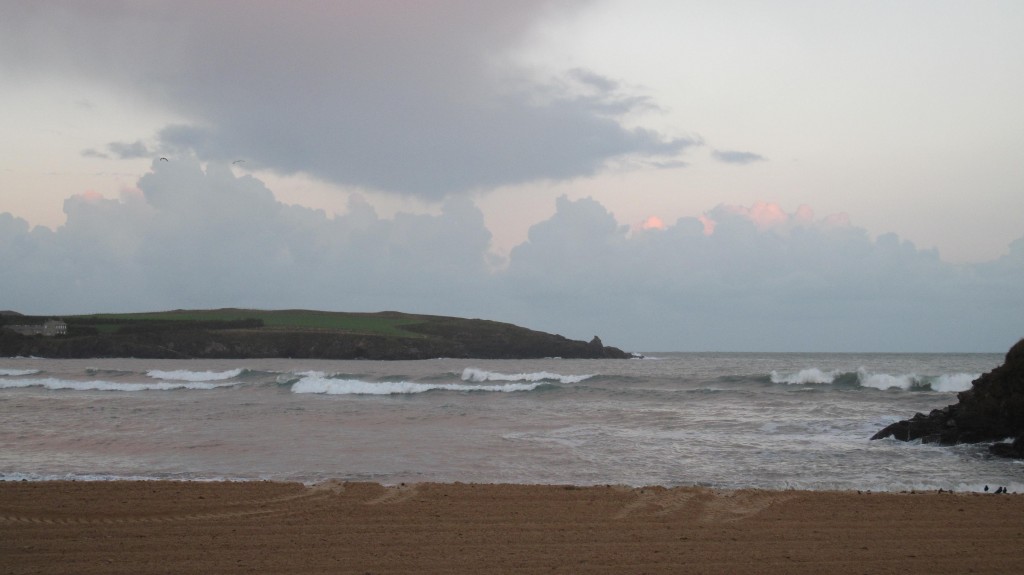 There’s only a foot or maybe two of really lazy looking surf not quite breaking around here this morning.
The tide has just started to back off and so the size and strength is likely to weaken while the shape should improve a little. The wind is a little too westerly to be direct offshore this morning but it is only light and is still kind of side to offshore.
If you don’t like the other side or just want something small to play in you might have little fun one or two here today but otherwise it’s the other side for something just a bit bigger although still a bit mushy and weak looking. 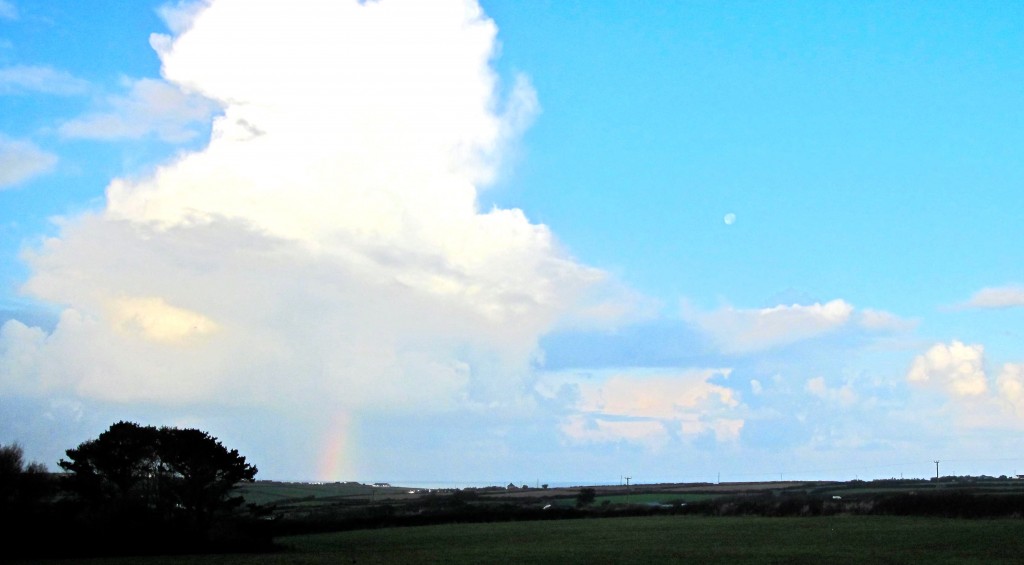 It’s not a bad old view from the office this morning!

It’s going to be an interesting one today with the wind veering all over the compass.
The surf is likely to be a little smaller again, more two to three feet stuff than anything else, the wind starting out light and from the south west but maybe eventually backing to the south east by lunchtime, or by early afternoon.
If that does happen then we could be in a completely different world of small but organised and clean, smart and sharp surf. Only a couple to three feet maybe but possibly a peeling and glassy two to three feet!
Maybe.

This week looks like starting out quite gently with only light winds holding a couple to three feet of rolling swell.
The wind is likely to settle to the south for most of the week, twitching a little from the south west to maybe the south east just for moments at the start of the week before settling to the south south west for most of the rest of the week.
After a fairly medium sized start to the week’s swell we should see sizes increase steadily into midweek with some sizeable stuff rolling our way by Wednesday.
We could be surfing those super sheltered spots by midweek with only a little luck. Although if the wind does manage to stay as light as it is forecast into the end of the week, our main surf breaks might just start to sizeably shine!
Have a great week, wherever you are and whatever you’re doing!