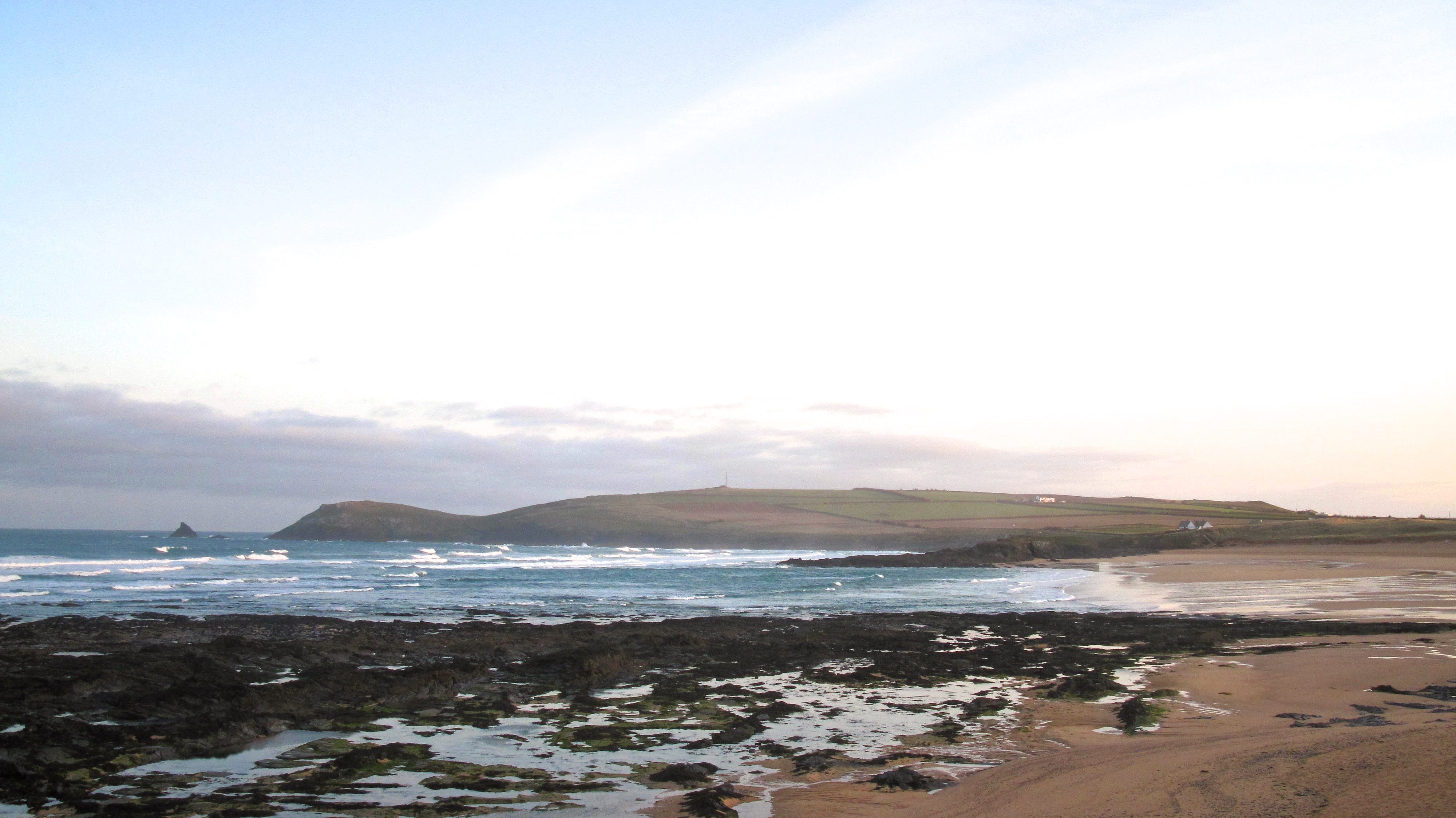 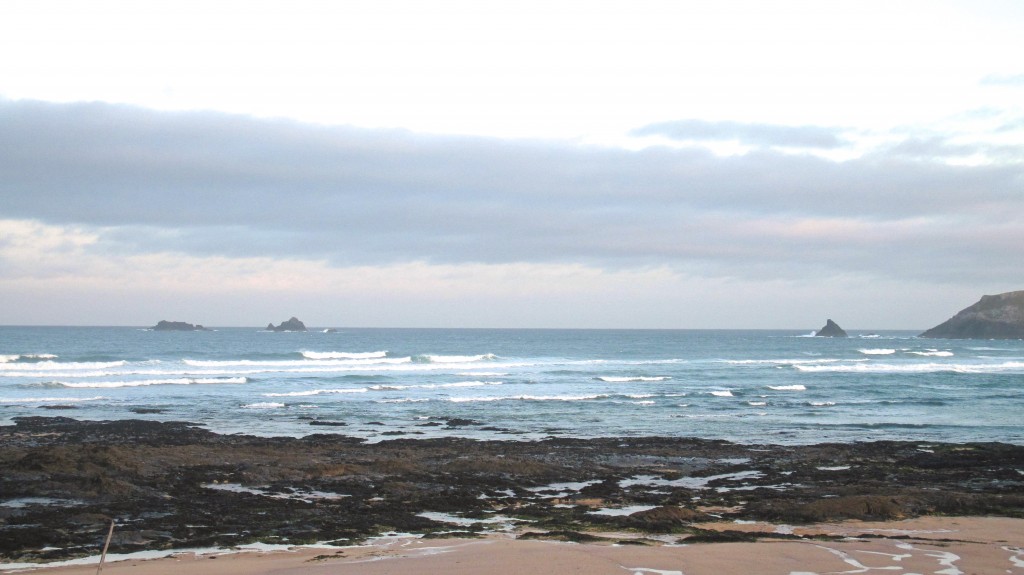 A bright ’n breezy day is unfolding about us this morning, the birdsong carried on that busy south westerly wind, the waves glinting and glistening as they are tugged and pulled ashore.
The surf is smaller than expected although it might be just be a bit bigger than the three feet that it looks.
There are thick strips of grey cloud stretching across the otherwise pale blue sky, so I guess that there’s a chance of seeing a shower or two this morning but the should be short lived affairs if we see one at all.
So, the surf isn’t all that, a mix of onshore ramps rolling around the bay an hour or so after low water. It is likely to build as the tide rises but this wind feels like it has settled itself in for the day.
Harlyn should be worth a little look…. 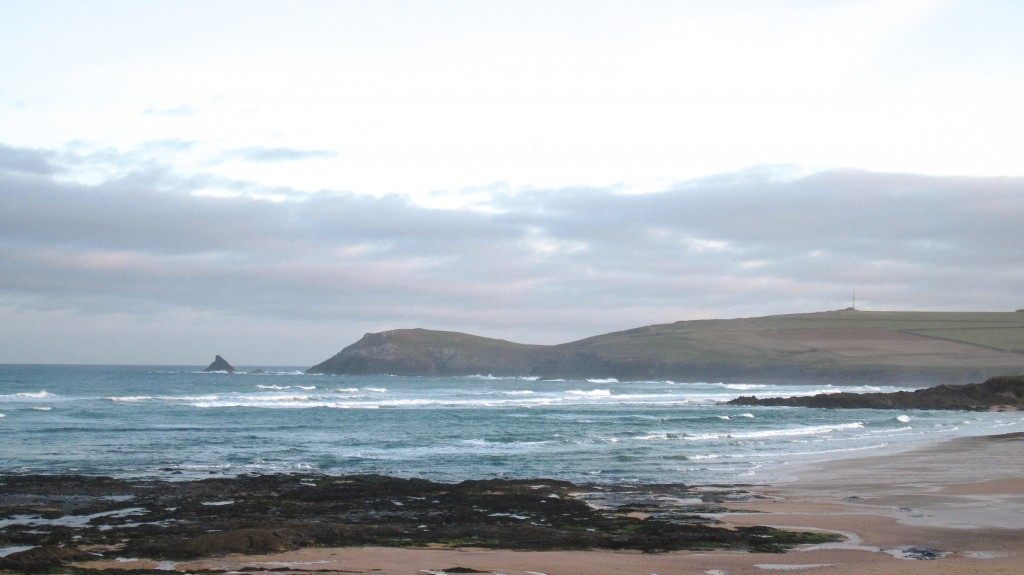 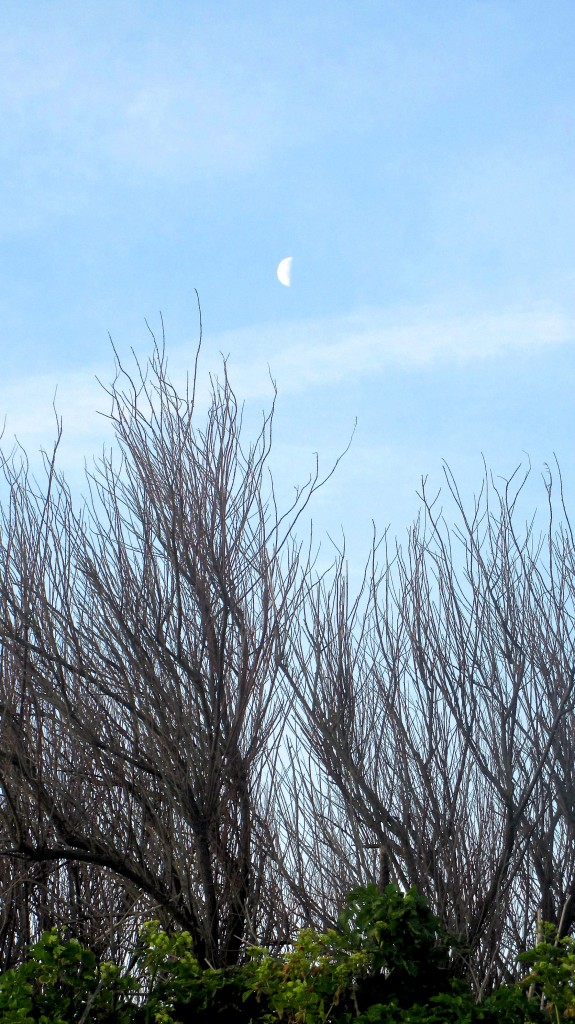 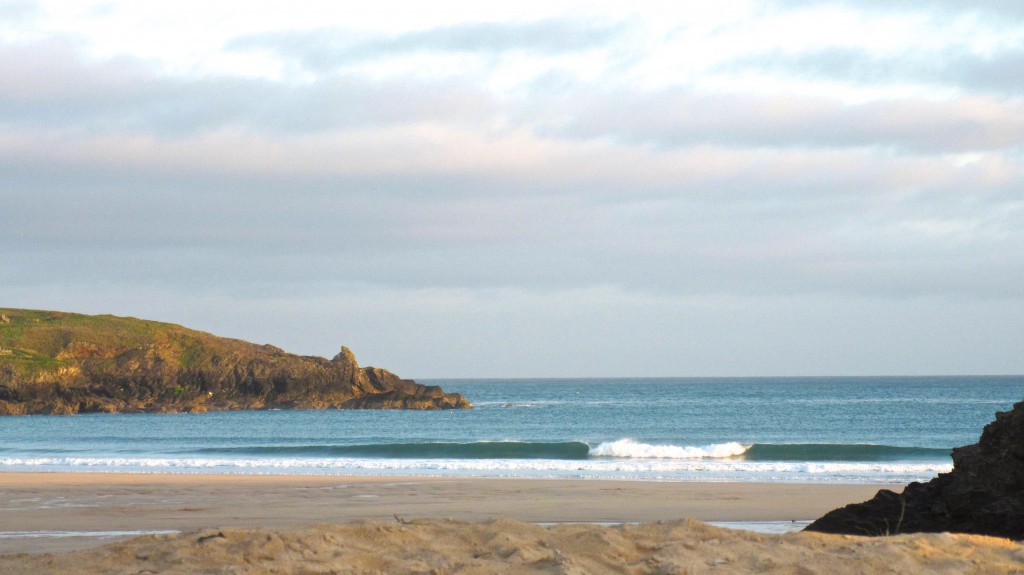 The surf is clean and sharp around here this bright and cheery morning but it is only small.
There’s a couple of feet of smooth and rounded little waves cracking to shore, quick breaking and hollow, mostly closing out but with those odd peelers that will tempt you.
It should all gradually improve with the tide through the morning and there is likely to end up being a real fun mid-morning session to be had, as long as it doesn’t get too busy! 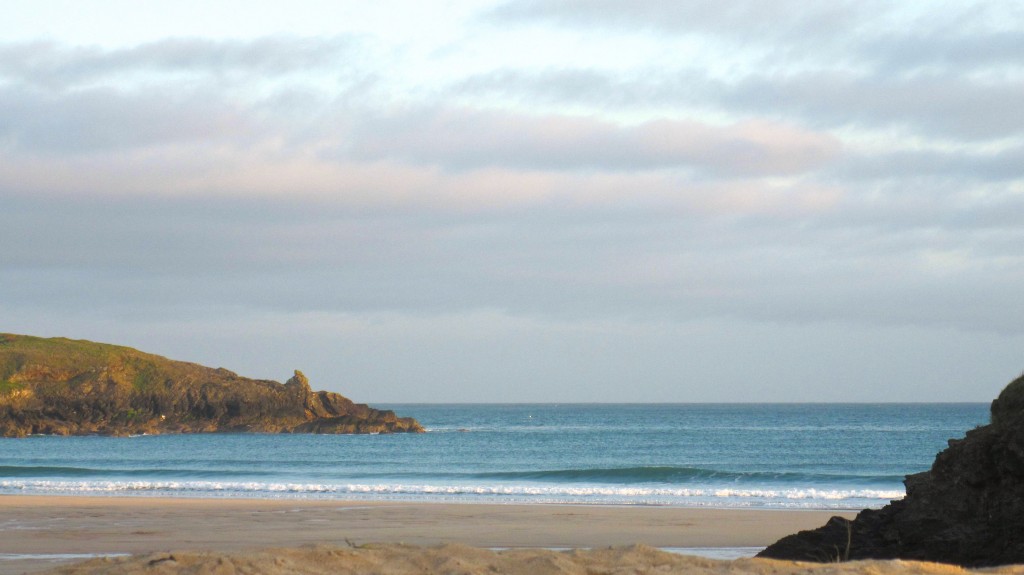 This could be a tease of a day for surfing, the wind lightly blowing in from the south, just occasionally shuffling itself to the south, south east; offshore.
But for most of the time that wind is likely to stay more sideshore than off, a little stronger than we would want too.
With a steady three foot swell continuing to roll in there will be better breaks to handle these conditions both up and down the coast, Fistral being just one of them.
With a little bit of searching we should be able to find some okay surf with maybe a very pleasant evening glass off to be had.

A fairly settled week filled with bright and cheery, mainly calm weather lies ahead, that steady three foot swell beating a regular rhythm as it reaches our shores.
We can expect most of our main surf breaks to have good to better surf for most of this week, the wind staying light and swinging offshore for periods of time.
Monday is likely to be a day of three foot surf in the sun, mainly onshore with a steady south westerly wind going offshore by evening, while Tuesday is probably going to be an action replay.
Our choice will be sloppyish three foot west side breaks or real small but sharp and crisp, sheltered breaks like Harlyn.
By Wednesday the wind should have settled offshore in unbroken sunshine before going north easterly by Thursday, still offshore but a bit chilly and a bit bumpier on the water.
So, all in all a pretty good week of surf and weather awaits!
Have a great week, wherever you are and whatever you’re doing!