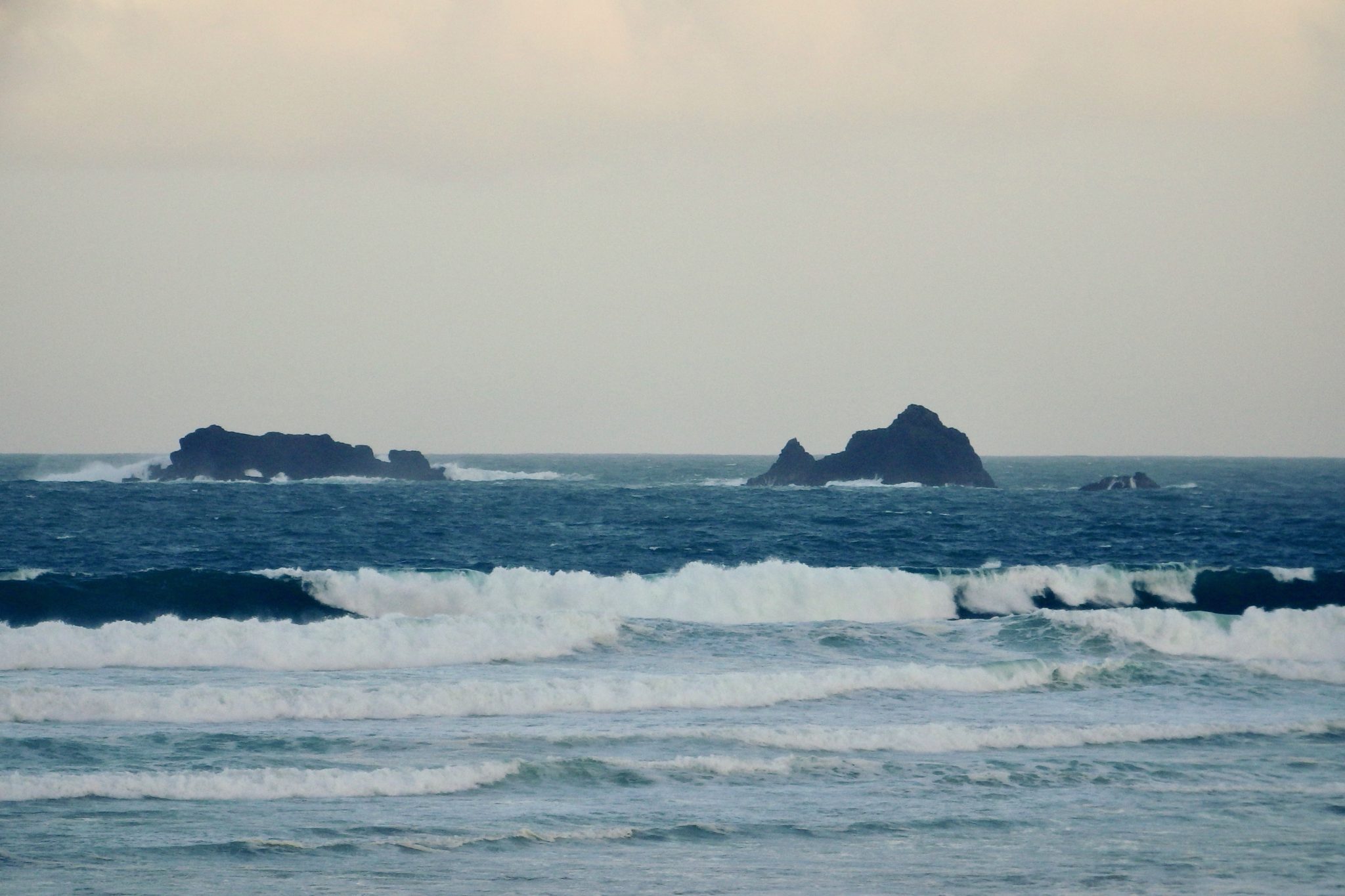 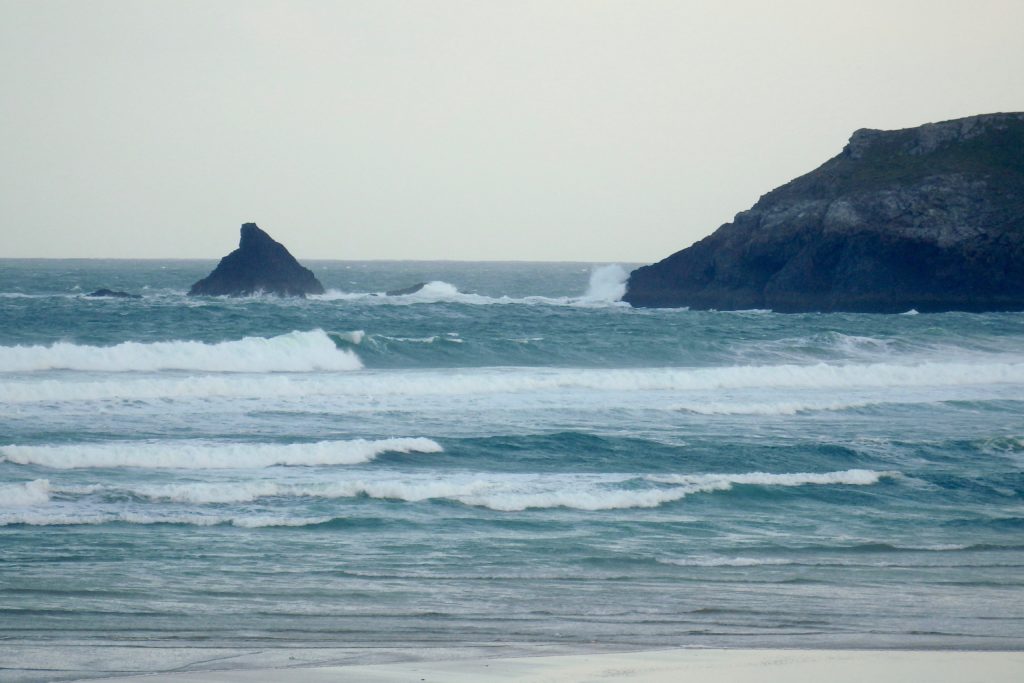 A steady nor’ westerly wind is keeping the temperatures lower on an otherwise bright and cheery morning with an almost cloudless blue sky stretching across the horizon.
So it looks like Summer, feels like Autumn!
A thick and heavy, thumping great swell is rolling its way to the beach this morning, all wintery looking and offputting as those dark blue ocean swells explode their way into the bay. But if you are keen enough and fit enough and capable, then there are a few walling left-handers reeling across the bay, those short but thick, hollow barrels beckoning. 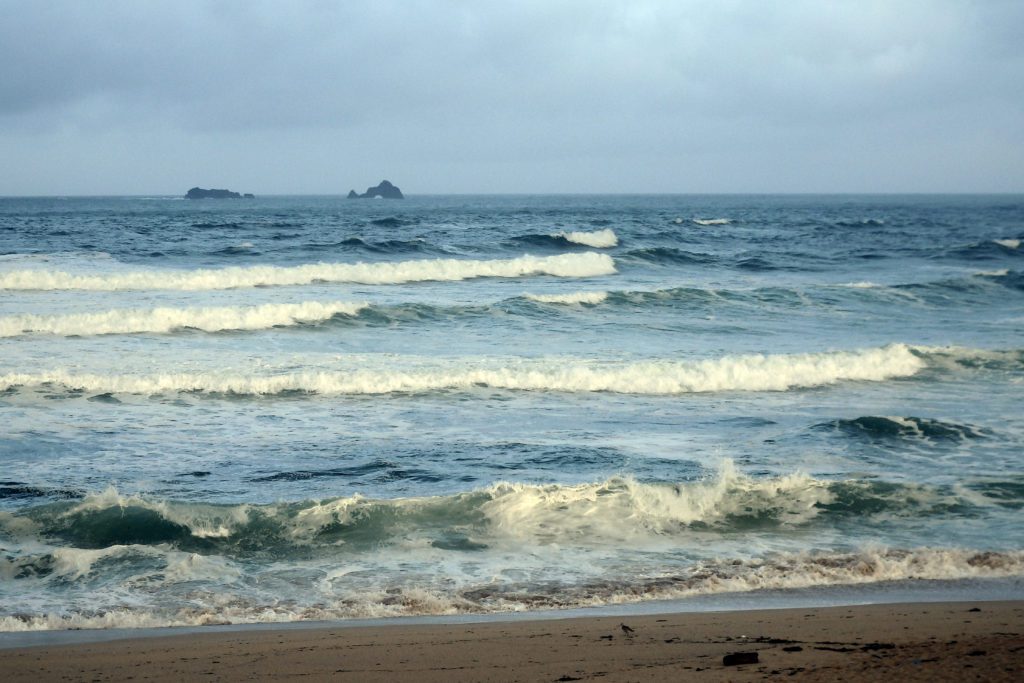 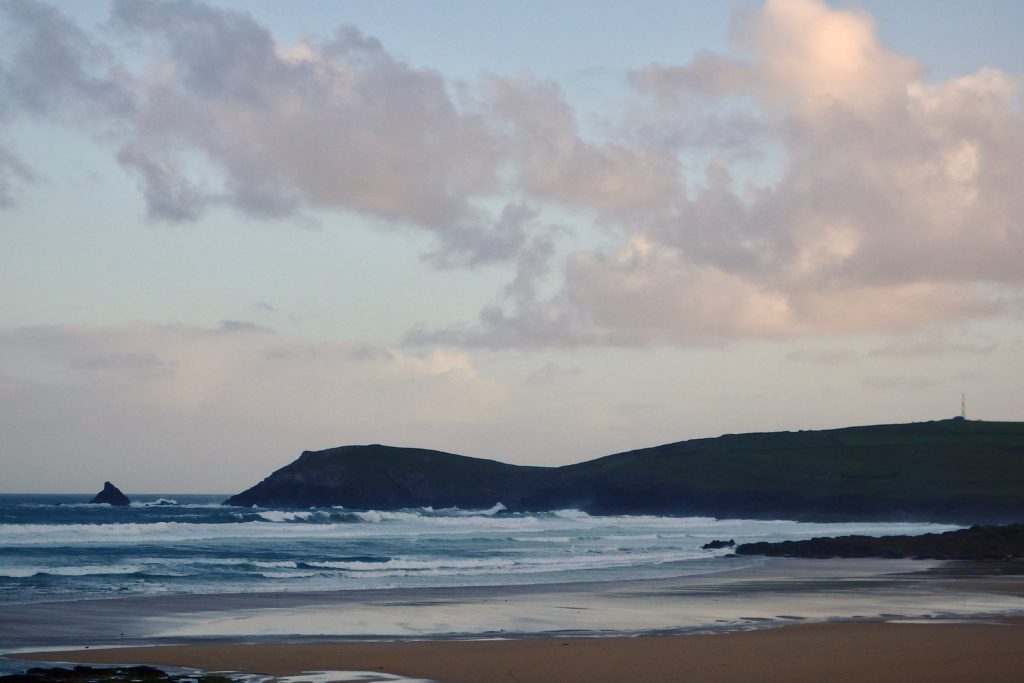 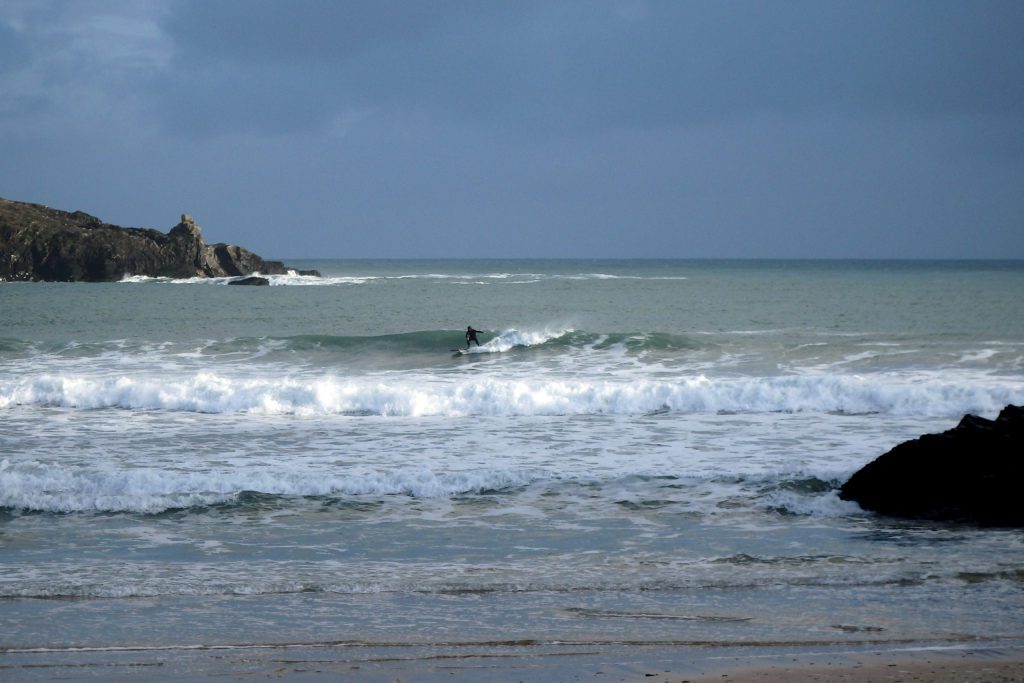 Three to four feet of onshore blasted, dark blue waves are warping across the sand as the tide drops out, that blustery nor’ westerly wind making it feel chilly, the sunshine weakly warming.
Most of the bigger set waves are closing out across the beach. But there are occasionally better ones bumping through, as if they were somewhere else, folding and reeling, grinding their way across the bay.
But you would have to wait for those ones, they are few and far between.
In the meantime, South Coast anyone? 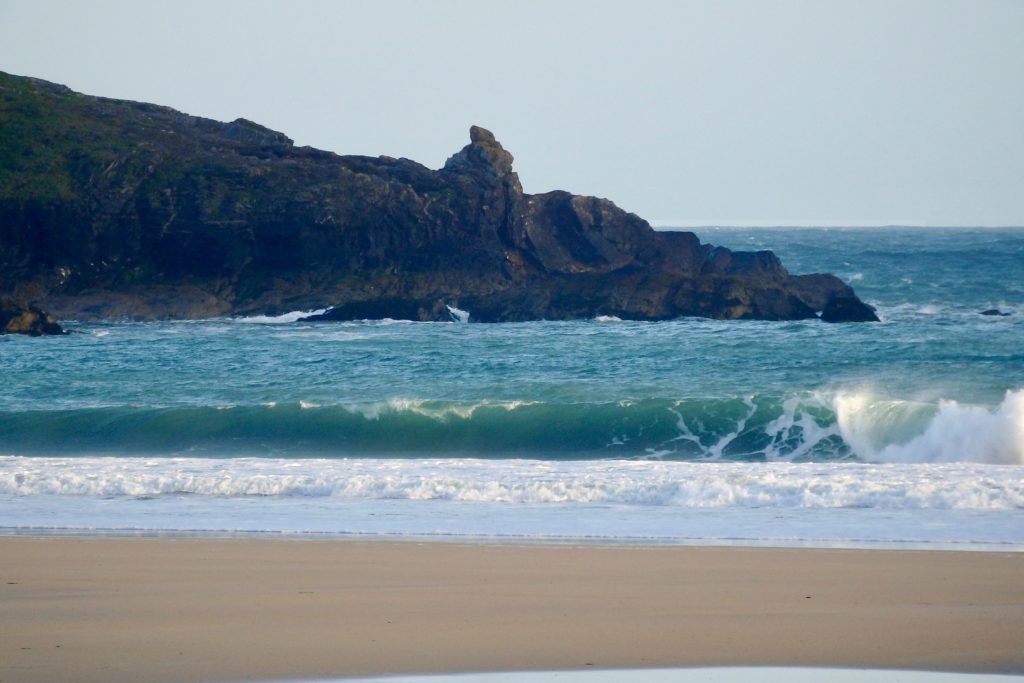 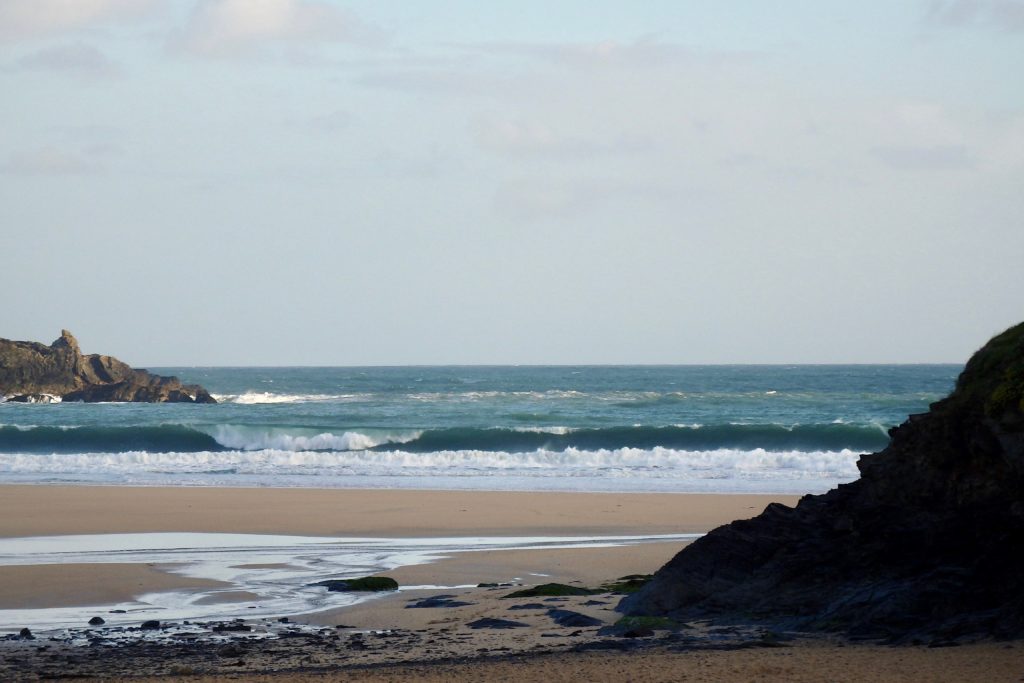 A blustery south south easterly hard blowing wind is being forecast today, along with a thick and lumpy four feet and bigger of long rolling swell.
If that wind does stay to the east of south then we could just see some thumping swells turning into grinding surf.
The search will be on for those wind sheltered but swell exposed reefs and point breaks that are scattered along the coast!
And it could very well be worth the hunt!

These thick swells should last all the way through this coming weekend, the wind continuing to be a little blustery but lessening through Saturday and settling south westerly through Sunday.
And so it looks like a Harlyn weekend ahead of us but hopefully one of those brighter and cheerier Harlyn weekends with bluer seas and gaping barrels to play in!
So Saturday is likely to be one of those quite frustrating but ultimately rewarding days where the wind cannot make its mind up as to which direction it is most comfortable. But by the afternoon it is probable that it will be sou’ westerly, all fresh and blowy, holding those three to four foot waves tall at Harlyn.
By Sunday the more settled sou’ wester will be adding more size into those already grunty waves during the morning, those swells smoothing and steadying as the day settles down.
Yep, it looks like fun but maybe mixed with a little wind and rain here and there!
Have a great weekend, wherever you are and whatever you’re doing!