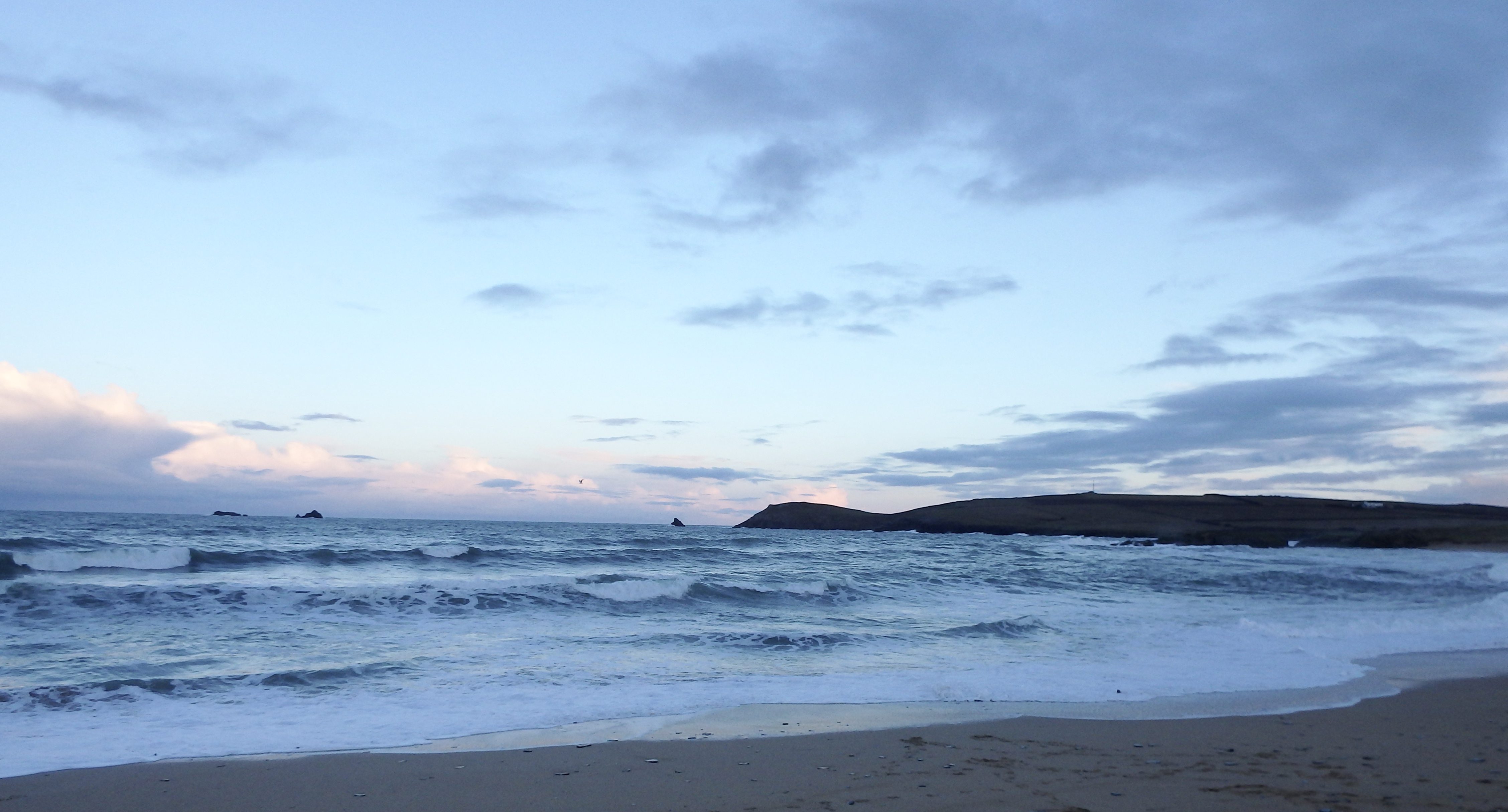 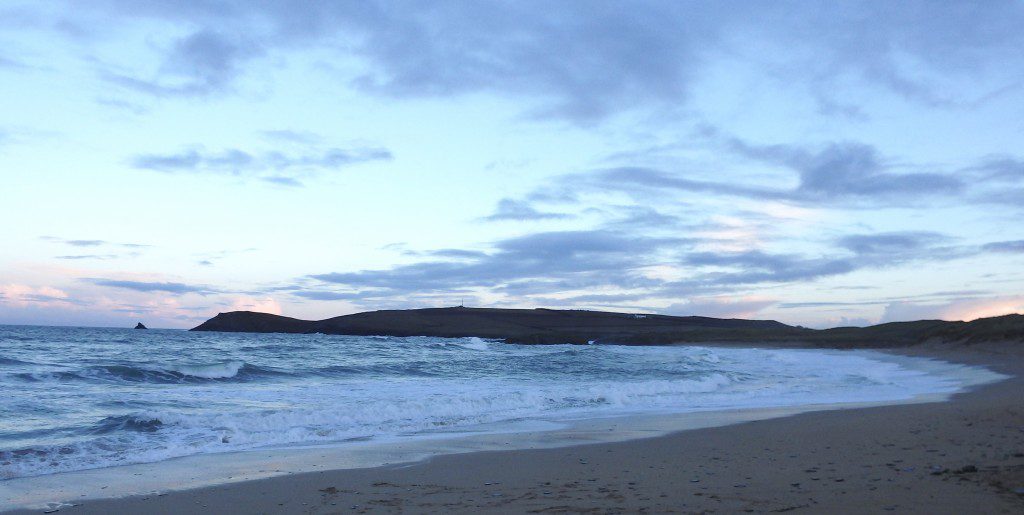 The wind has dropped a lot this morning but it is still fresh enough and onshore enough to slop out the three to four feet of sloppy surf.
And the sky is very gradually shifting from the darkness of Mordor to something a little brighter, at least in patches.
But basically the surf is still junk, the weather is still chilly and damp and that westerly wind is still strong enough to be annoying.
Let’s have a look at Harlyn! 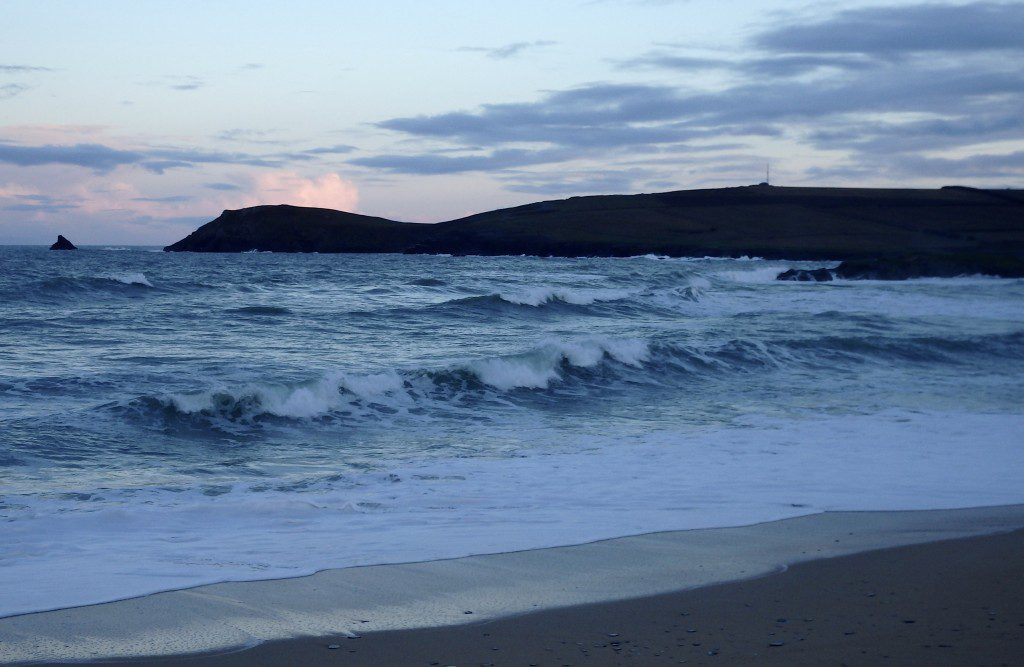 The wind although much lighter than it has been is still fresh enough and westerly enough to put a sloppy bump on the much smaller surf.
Theres a couple of feet of sloppy and slushy little waves washing through just off high tide but it’s not that attractive or inviting!

Three feet of mediocre swell is likely to be washing our way with that chilly, onshore, north westerly wind still strong enough to make for messy conditions.
There might be enough swell over on the far coast, where at least it will be clean and crisp.  But here is likely to be three feet or so and choppy at all of the breaks!

This weekend is starting to look as though it might just be filled with at least a little promise!
Saturday morning should show the signs of a new swell, a high teens wave-period, long travelled and smooth, winter swell. And that swell should be smoothed by a light south easterly breeze drifting offshore.
The swell is likely to be getting into the ‘big’ range by Saturday afternoon and of course the wind will have swung onshore too, a chilly north north westerly ruining the surf.
As the swell peaks overnight and into the morning, that fresh and chilly, onshore wind will make a mess of the otherwise strong and rhythmic swell.
But don’t write it off!
The wind should veer offshore by Sunday afternoon again, a brisk (and noticeably colder) north easterly wind helping to shape conditions more to our liking.
It could just be really good on Sunday afternoon with some big and wintery surf curling into that cold wind!
That should take us well into the start of next week, the school half-term week.
And the kids should be enjoying it, the swell is only slowly going to ease back while the wind might stay offshore for a good couple of days – maybe!
Have a great weekend, wherever you are and whatever you’re doing!