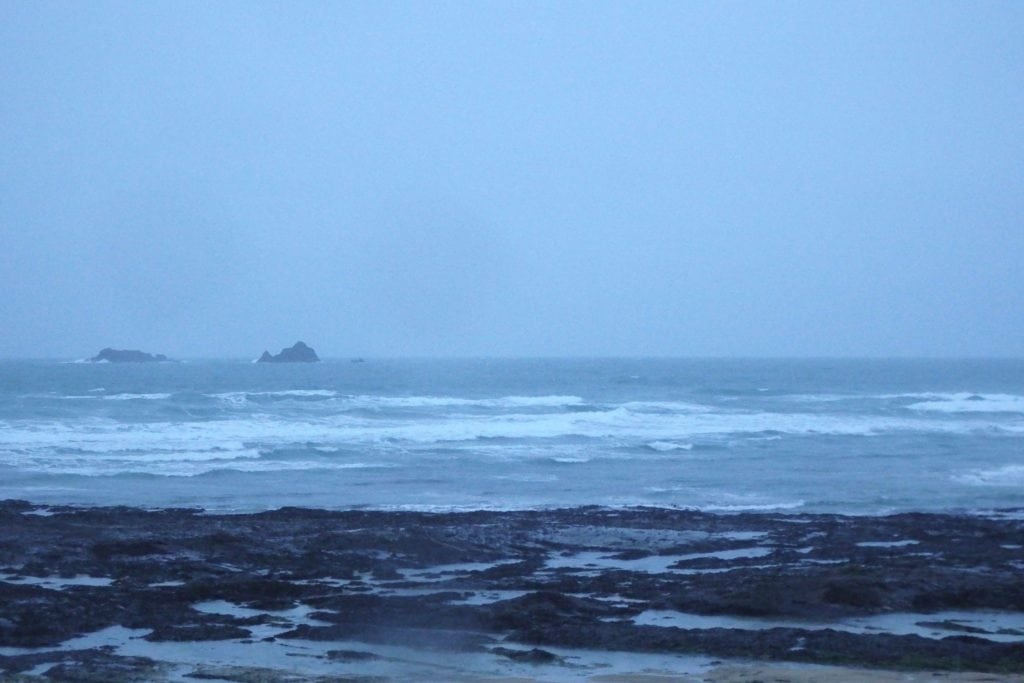 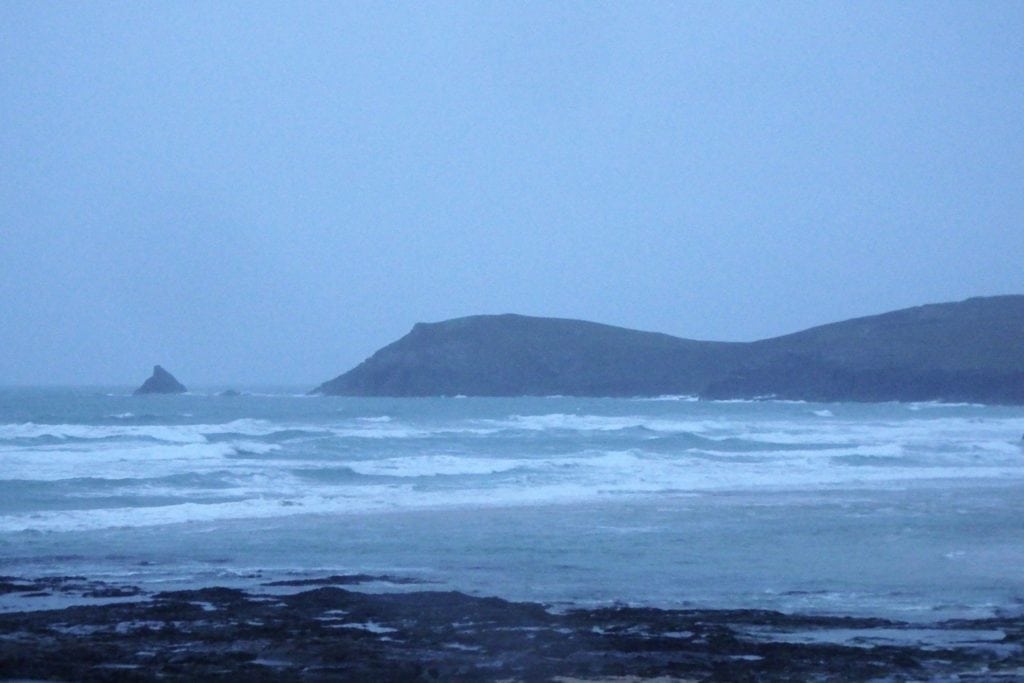 Well, the wind has eased – a little.
Other than that it is still as grey, still as wet (maybe wetter) and still as murky as it has been. But maybe couple of degrees colder? And the wind, although having eased, is still fresh and still onshore, a chilly west nor’ westerly chopping and slopping the three to four feet of raggedy and directionless surf.
It’s not the place to go for a relaxing surf!
Not here, not today! 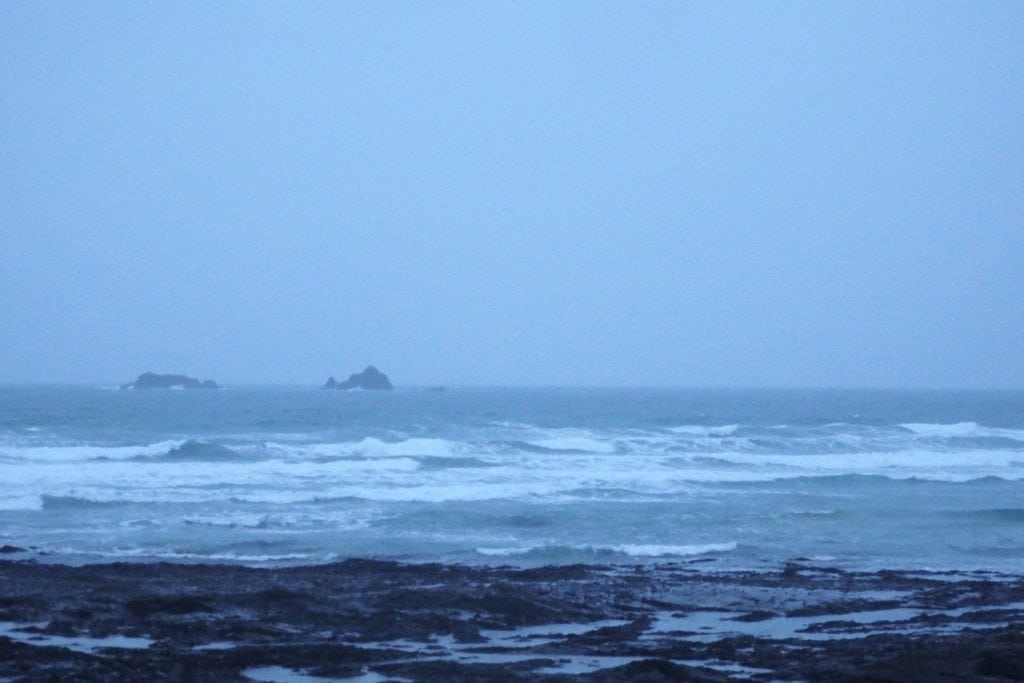 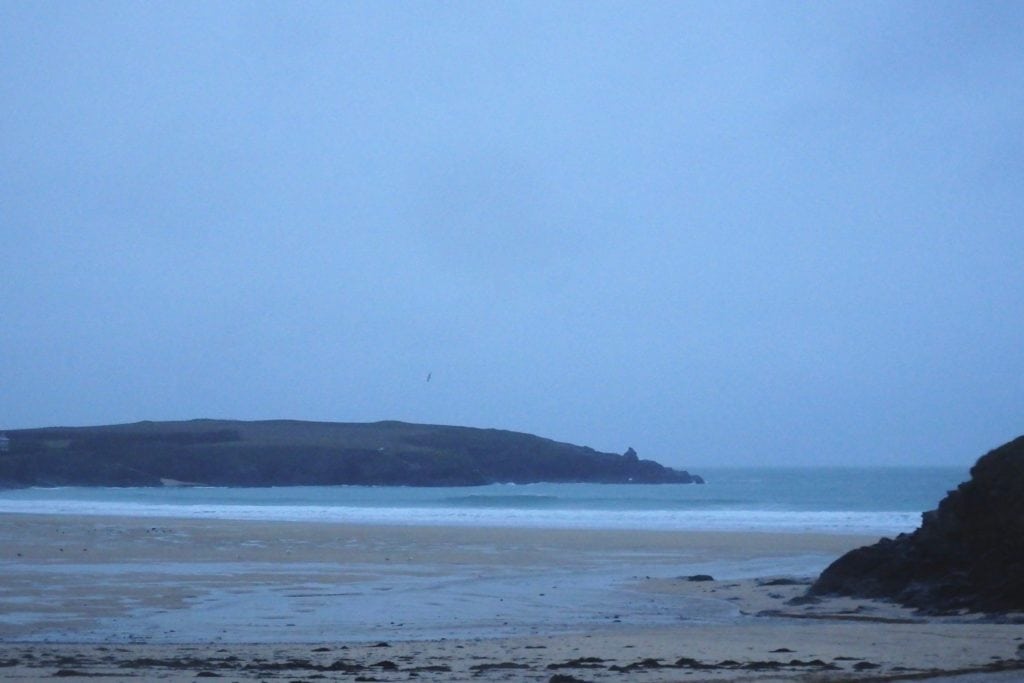 The waves are a little smoother around here than they have been with three feet or so of thicker looking but still lumpy and lazy looking, sloppy waves are thumping onto the sand. A lot of the waves are closing out in long sections, others are backing off but they are rideable though.
Saying that, the forecast is for the wind to back more northerly again as we go along and so conditions are likely to deteriorate again quite quickly.
The south coast is probably the best better for something cleaner but that’s not definite! 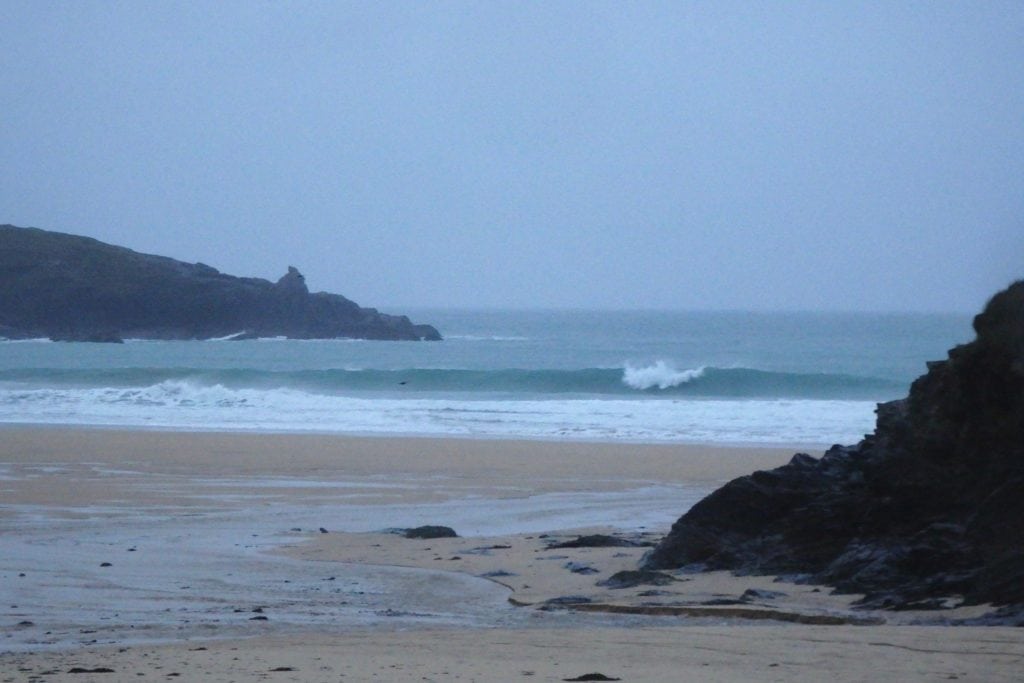 More big waves and more squally north westerly, onshore winds are expected today, along with lots of wintery downpours!
We might just see the odd snow flake, although it’s more likely to be sleeting down this way than proper snowing.
Either way, the surf is looking like junk again!

Surf Conditions for the Weeend

These howling, onshore winds that we have enjoyed all week look as though they are going to ease as we go into this weekend. Although still blowing in from the north west through Saturday morning we should be enjoying a bit of an all round brighter day. And the wind should gradually calm as the day rolls on allowing a much calmer and brighter, drier Sunday to cheer us up.
The surf is likely to have dropped as we go into the weekend too. Three to four feet or so through Saturday, dropping to only one to two feet through Sunday. But it should be cleaner on Sunday, not squeaky clean and sharp but better than it has been.
And then next week is starting to look a little sharper with offshore and cleaner, brighter conditions, certainly for the back half of the week anyway.
In the meantime though, we still have those squealing onshores to deal with.
Have a great weekend, wherever you are and whatever you’re doing!