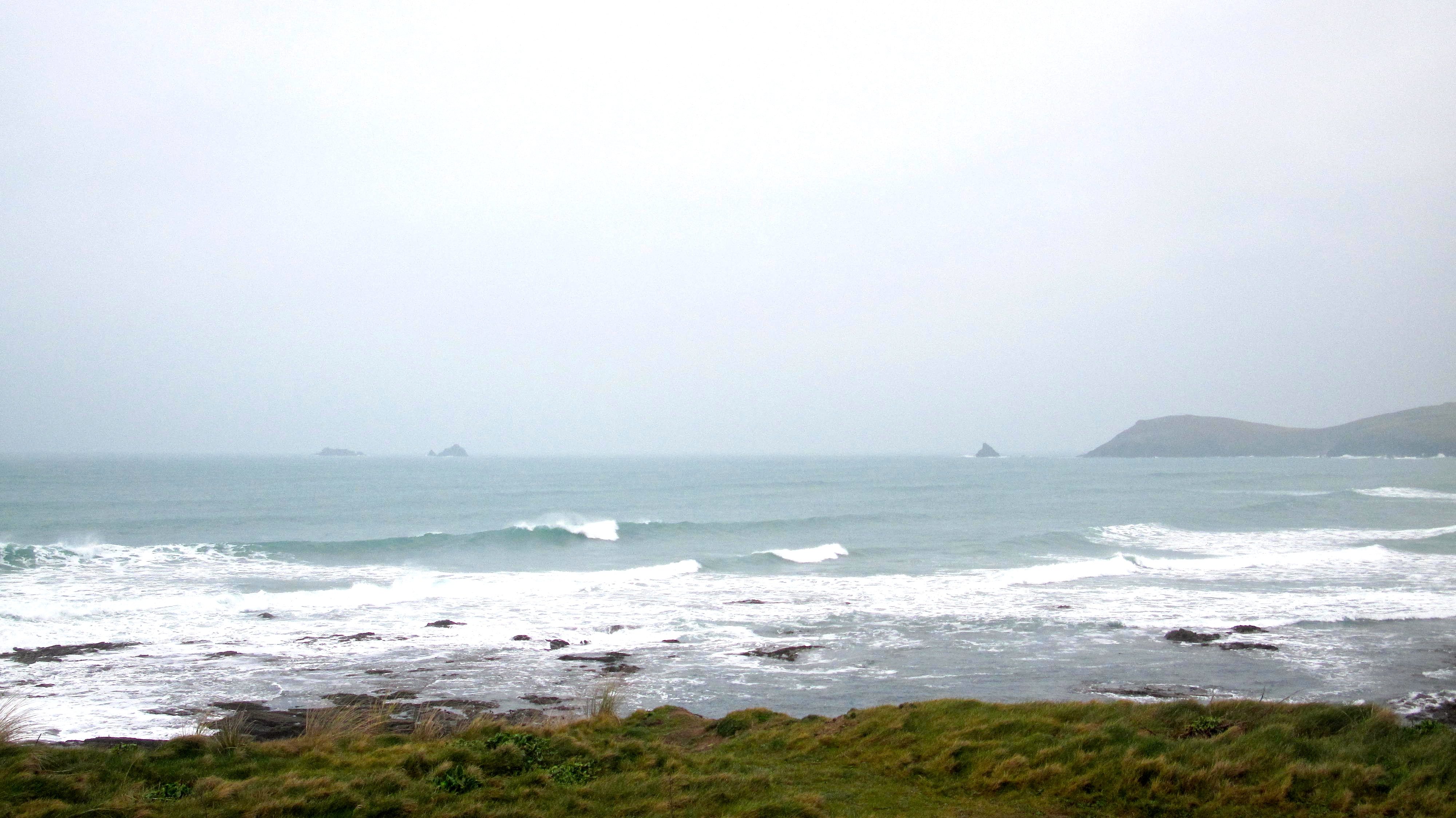 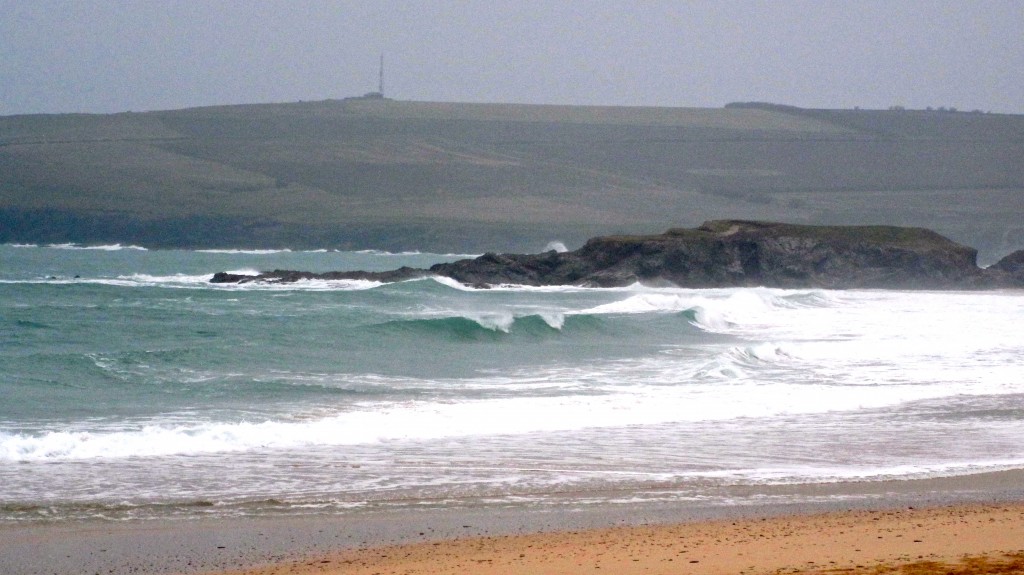 A blanket of dank, damp and heavy haze is snuggling over us this morning, the air dampening the sea.
The wind is steady, offshore from the south east and hollowing out those three to four feet waves that are stuttering into the bay.
But the tide is in precisely the wrong place right now, those swell lines sliding in from a long way out, then shadowing just before they reach that deep bit causing them to relax before being suddenly tripped onto the beach in a bit of a shore dumping mashup.
Give it an hour or so and it will be an entirely different place though.
We can expect some peeling, hollow and screaming peaks to ignite the HTC sessions. Still early and over soon enough but it should be good while it lasts.
For the rest of the day, well, the usual places should shine on the dropping tide.
Make the most of it though, that wind is likely to swing onshore by early to mid afternoon! 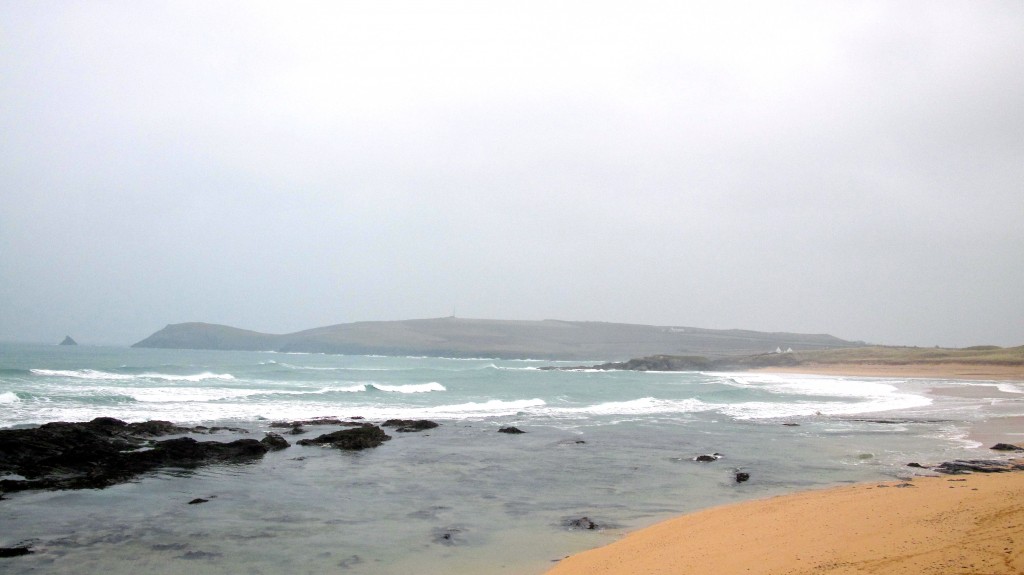 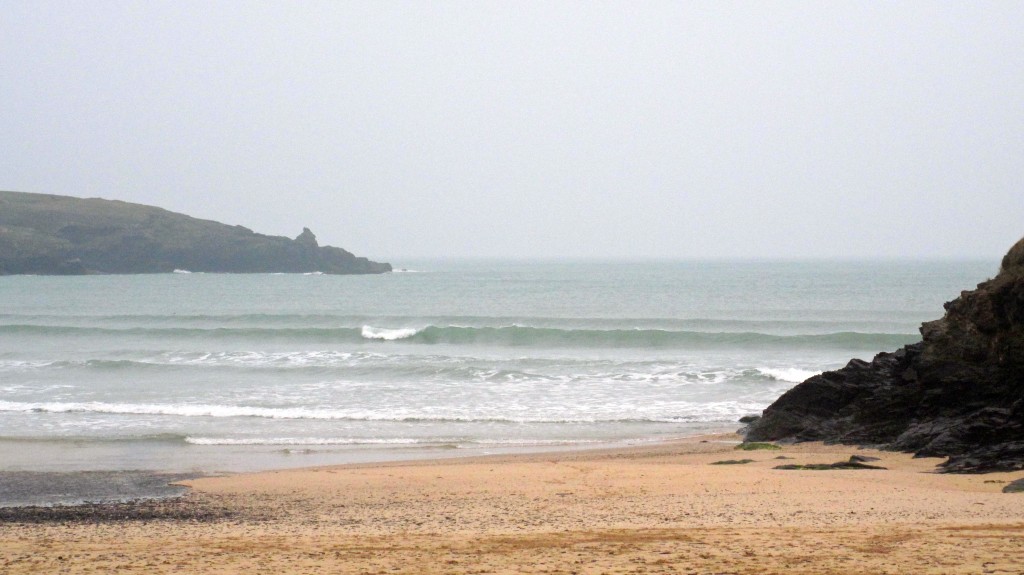 It is as pretty as a picture around here this morning, a grey and hazy and drizzle filtered picture but pretty for all that.
The surf is really tiny, a foot or maybe two on those bigger ones, only thigh-high but glassy and almost peeling (for Harlyn) little waves a couple of hours ahead of high tide.
And so it is probably at its best right now, the size is likely to disappear entirely as the tide drops out, even though the tides are pretty small at present and only maybe building a little on the evening tide’s return.
It’s just as well that the other side is so good, that’s the place to head to today! 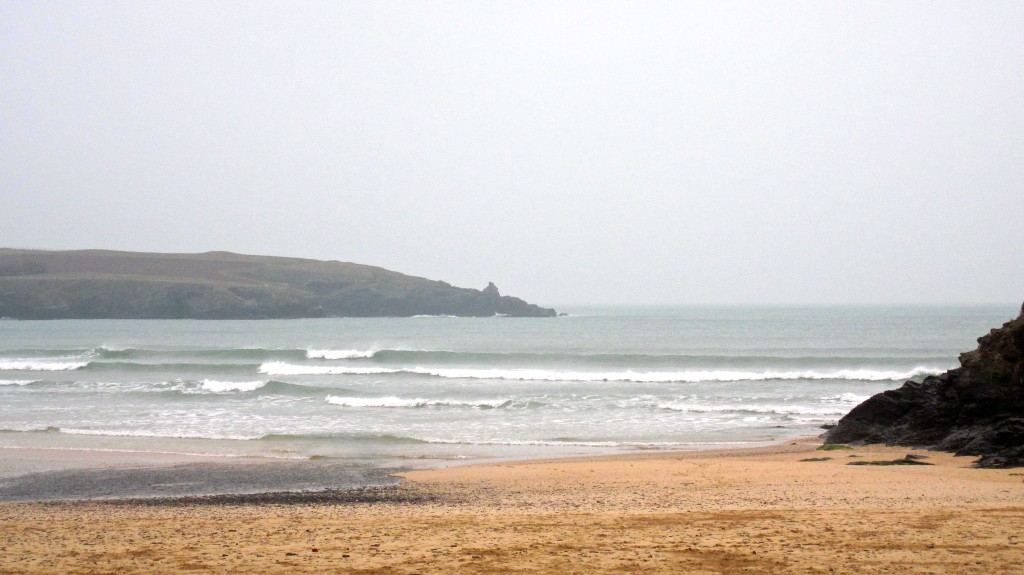 Today should be a whole lot brighter and cheerier weatherise but the wind is likely to have swung completely to the north west and so the surf is going to be a windswept and sloppy mess pretty much everywhere on this stretch of coast.
That is going to be even more frustrating as the size of the surf increases with that new swell driving in from such a long way out, a mid teens wave-period adding to its power.
So, it is looking like a text book south coast day today!

There are a trio of compact and tight low pressure systems marching towards the UK across the north atlantic, a high pressure area pin-balling them up and around us.
And so it is down to the precise positioning of that high pressure area as to how the surf will be over the next week or so. A small change in positioning will have a big effect on the winds locally and that is what is going to decide how good the surf is.
There’s plenty of swell being generated our way, there’s no doubt about that and it is now looking very likely that offshore winds are going to dominate through the weekend and onwards!
Following Thursday’s maybe excellent conditions, Friday might have a little hiccup with the wind likely veering north westerly as another push of swell rolls in. So big but onshore waves are likely to wash the coast in its wildness. It should be big enough to allow the south coast to shine through and that is probably where the surf action will focus.
But by Saturday morning we should be enjoying a pleasant rolling swell, building through the day and being shaped by light offshore winds under clear blue skies. And so by Sunday it’s likely to be clear and sharp, those chunky waves in the five to six foot plus range, the wind light and offshore again, the bright sunshine making it all even more appealing.
And that’s going to be the way of it through the start of the week!
Have a great week, wherever you are and whatever you’re doing!