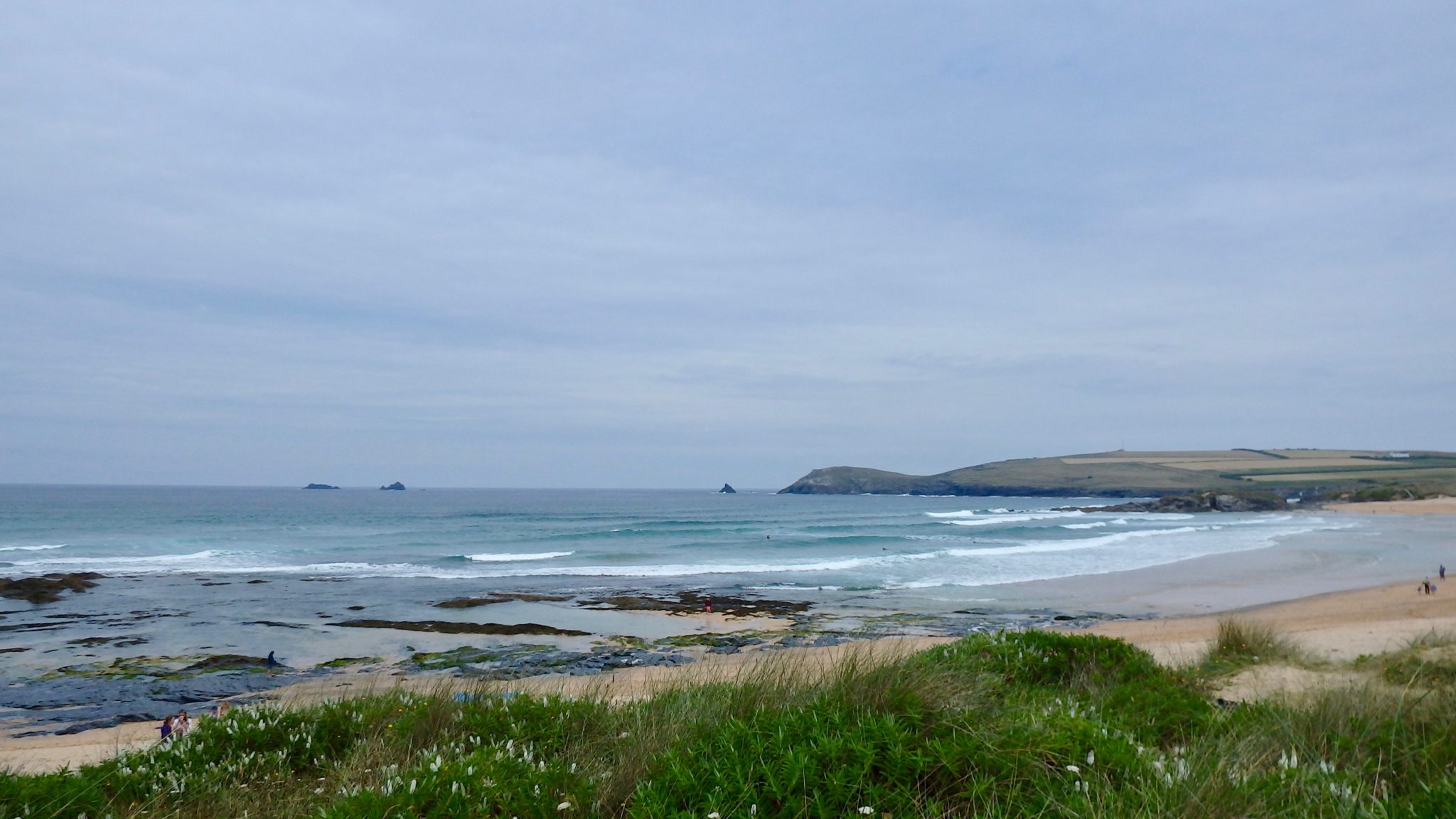 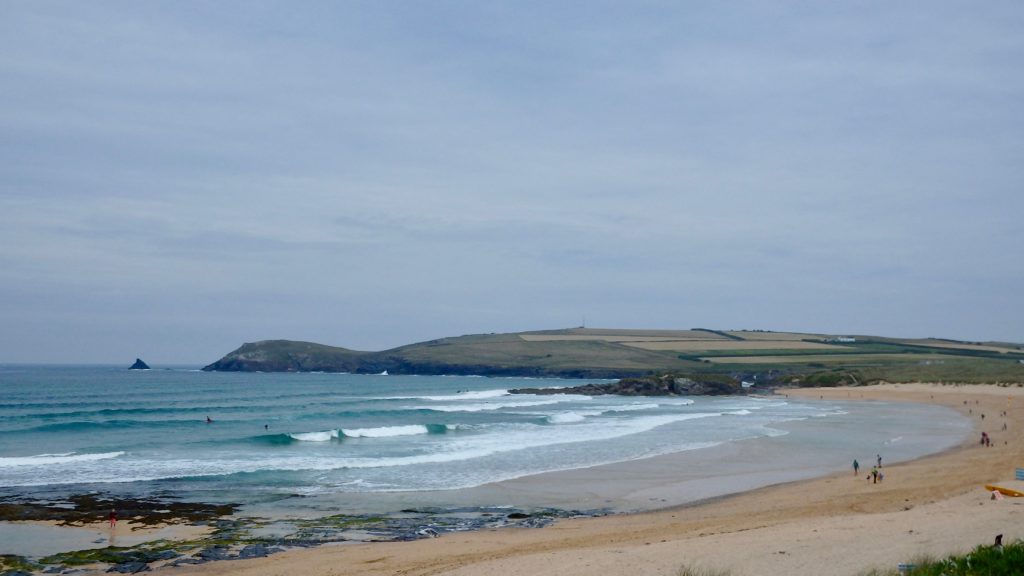 A bit of a late one today, can’t imagine why!
Anyway, briefly, the surf is a majestic three feet with the lightest of offshore breezes just tickling those turquoise wave faces.
The swell has probably peaked but should hold through the dropping tide to build again on this evening’s rise.
So, a very pleasant days surf awaits when you’re ready! 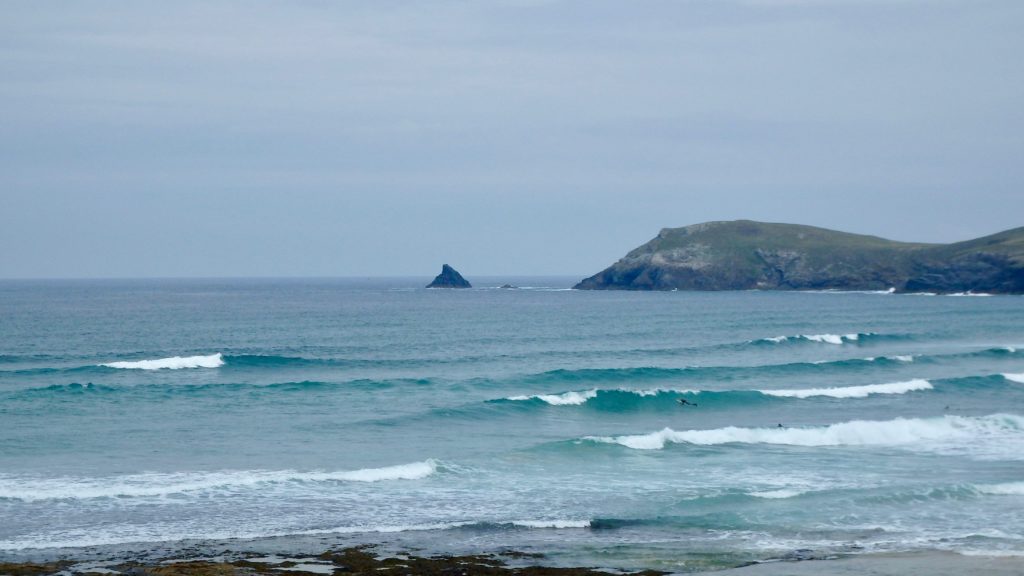 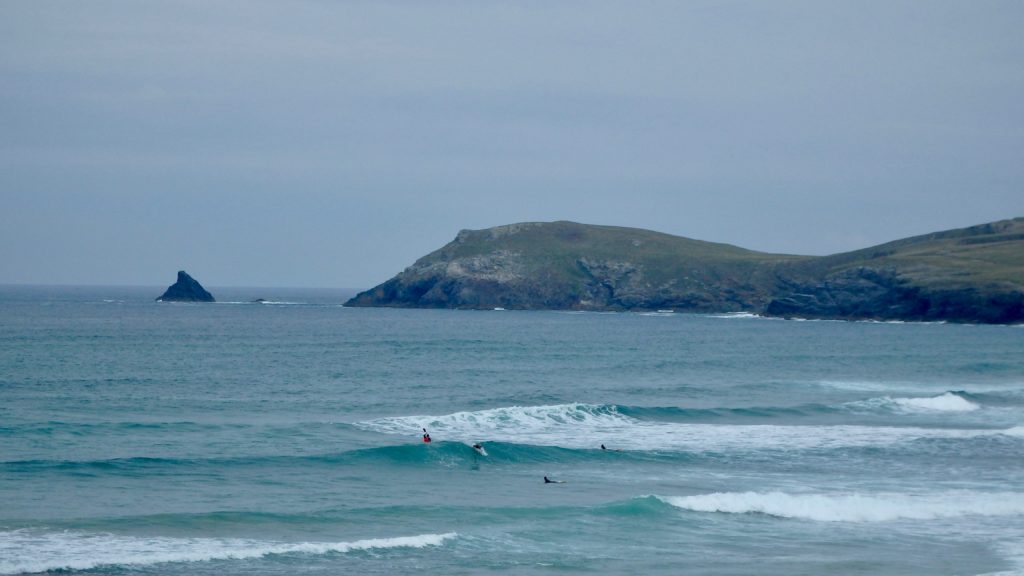 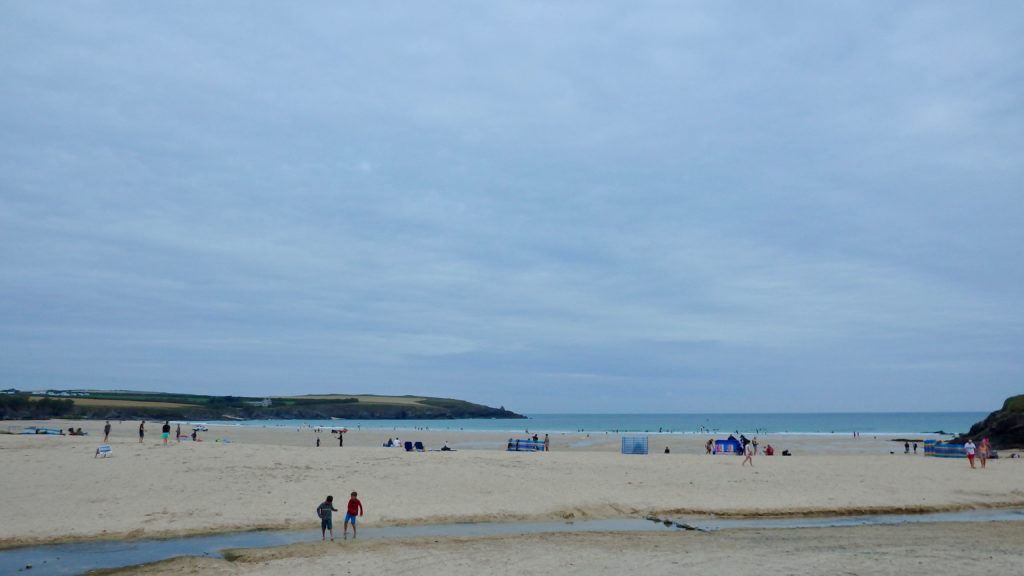 Tiny little glassy waves are snapping onto the sand here today. The surf schools are having a blast and a coupe of SUPers look to be having a pleasant stroll around the bay.
But the other side is the place to be for some seriously fun surf today! 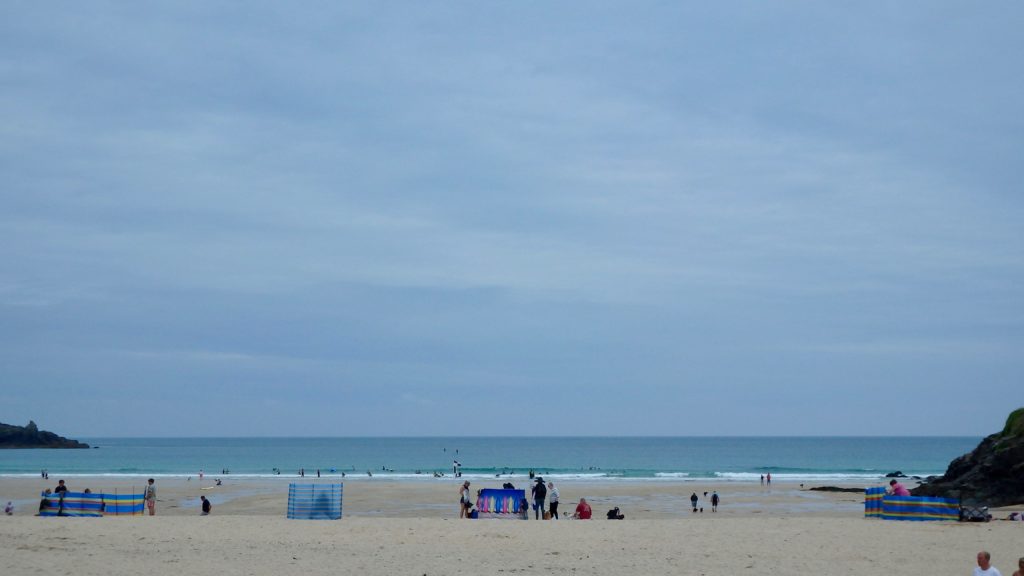 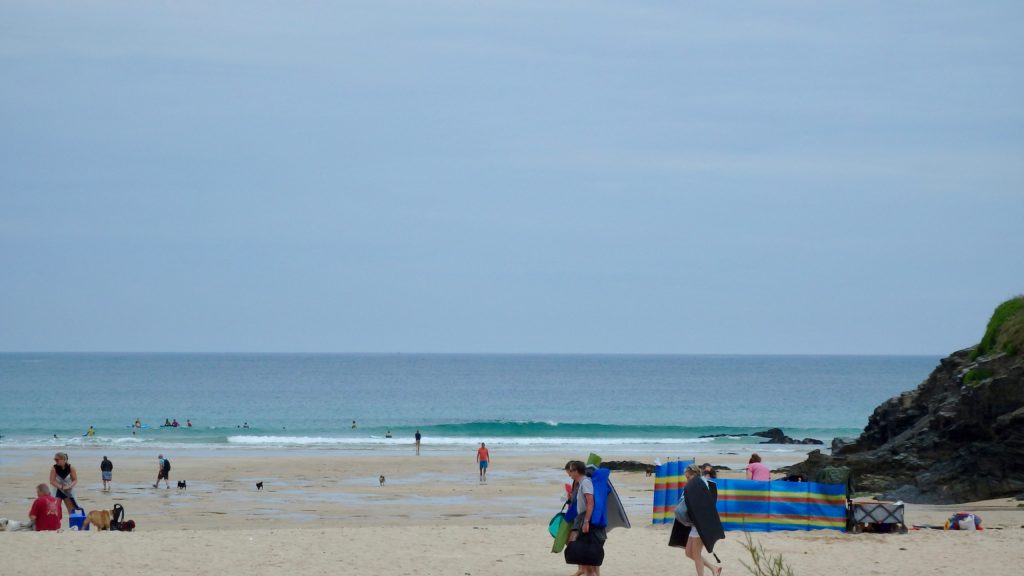 Ah, it looks as though the wind is shifting back to onshore today, a fresh north westerly predicted to chill the temperatures, although it should be mainly dry and pleasant enough for most of the time.

A mixed weekend is waiting for us this weekend, a steady three foot and slowly building swell being lightly slopped by the return of light north westerlies through Friday, backing south westerly through Saturday and settling westerly for Sunday before going offshore as we start the week.
The weather should be fine for most of the time with some dampness expected through Sunday afternoon as a marine layer stretches over us.
So Saturday looks the most fun with an outside possibility of some very small but clean little waves to offer a choice but most people probably preferring to choose the bigger, if bumpier west facing surf breaks.
By Sunday everywhere on this coast will be enjoying onshores allowing the hyper active to enjoy some air time with ramps aplenty to launch off!
And then next week is starting to look quite promising, maybe.
Have a great weekend wherever you are and whatever you’re doing!