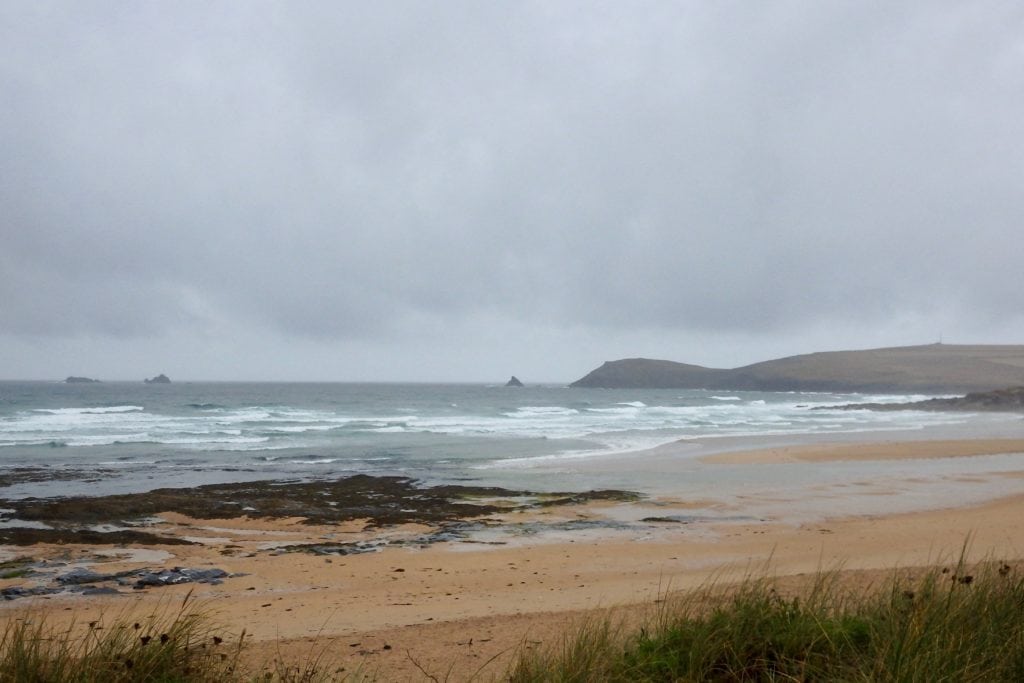 It’s another late update for our surfcheck but you’ll be no worse off for that, it is very much as you might imagine; there’s a light but steady west nor’ westerly wind just chilling the air while chopping that same rolling 3 foot plus swell of yesterday.
There are some set waves crunching over the usual banks and they are spinning off more in the four foot range when they do come through.
But there is a lot of paddling to be done to get the most out of it!
So let’s have a little look at Harlyn! 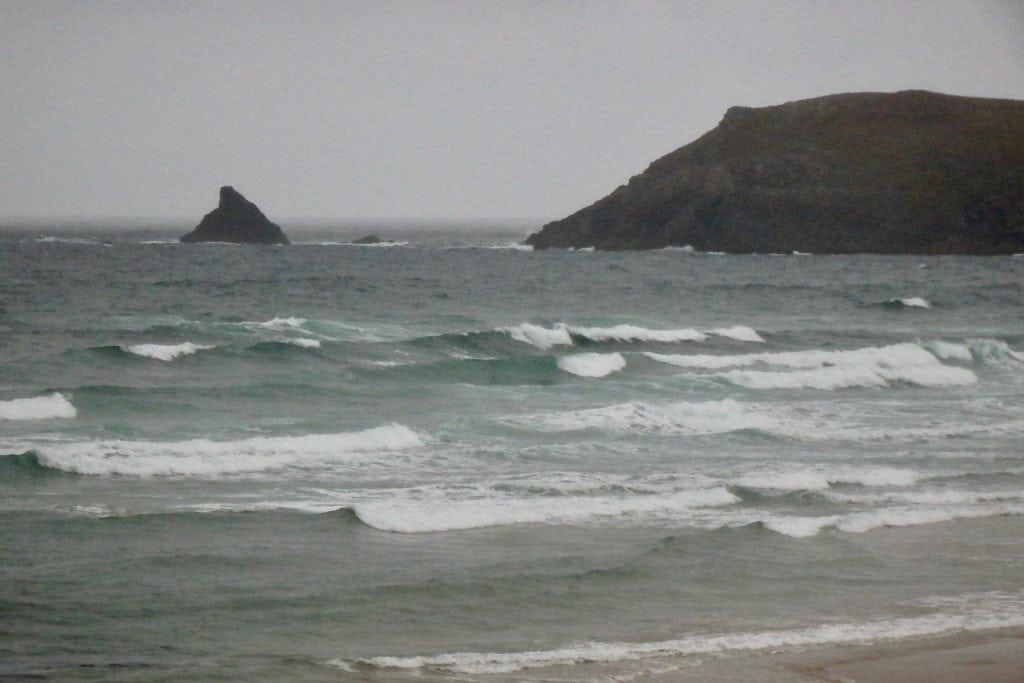 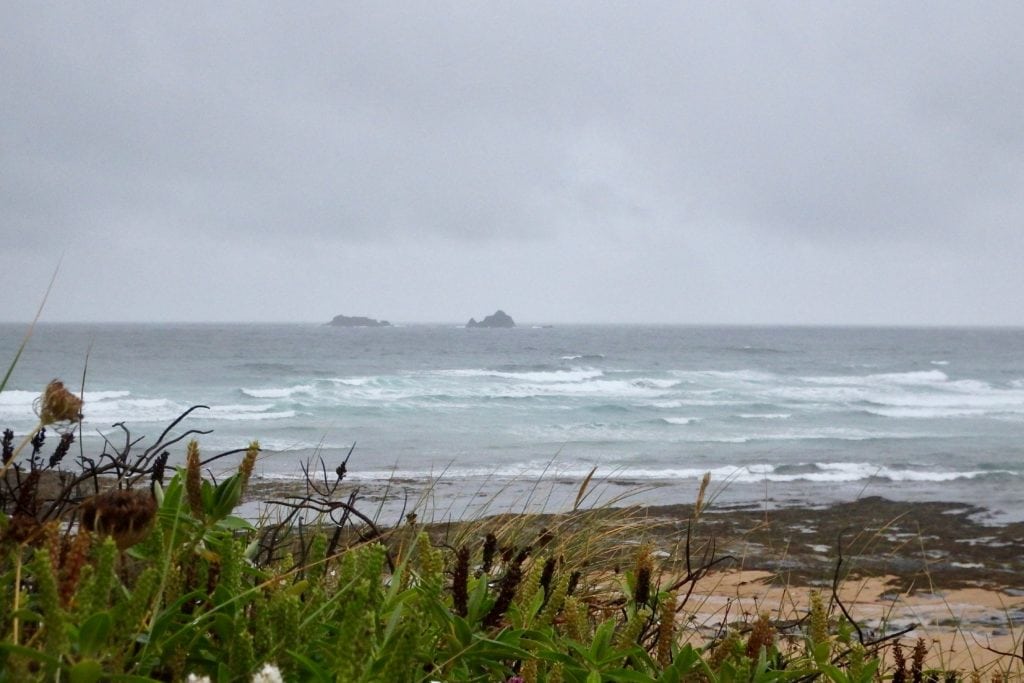 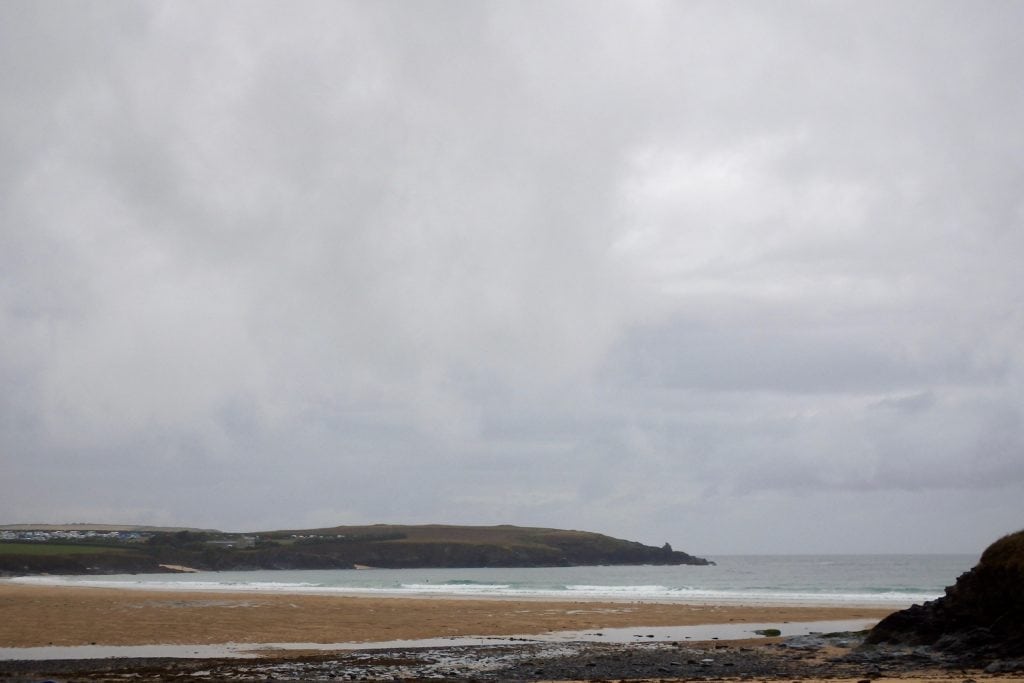 A couple of feet of more ruffled and crumbled rather than chopped and slopped surf is tumbling into Harlyn, that west nor’ westerly wind having a little effect on it but nowhere near chopping it out.
The sun is shining in-between those heavy downpours making it all feel very pleasant for fairly long periods too.
This evening could be good as the breeze eases and the tide rolls back in. 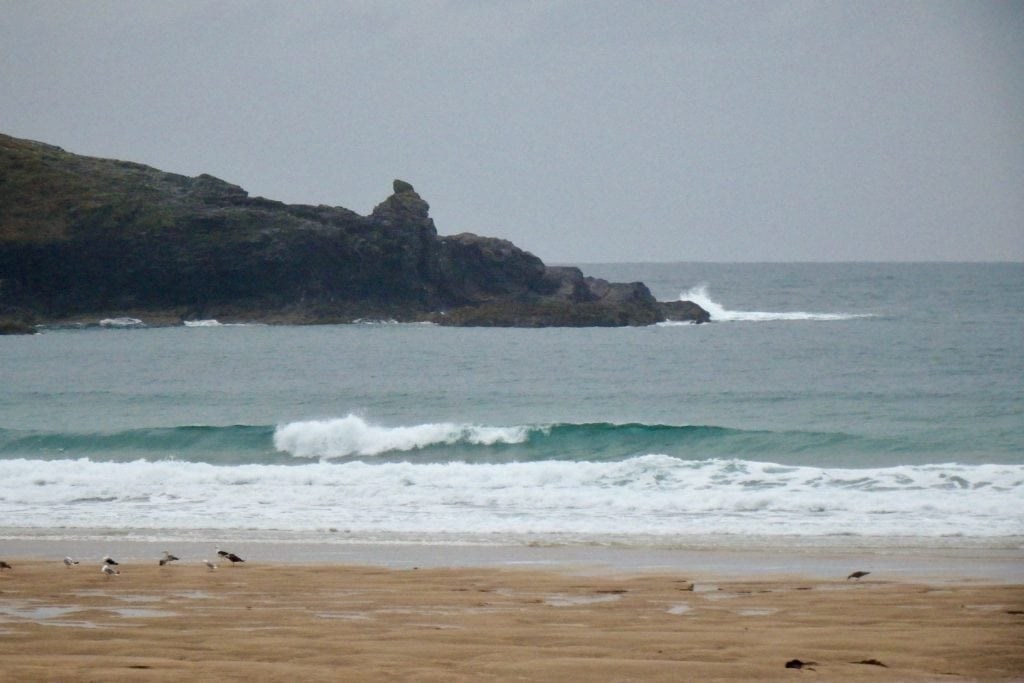 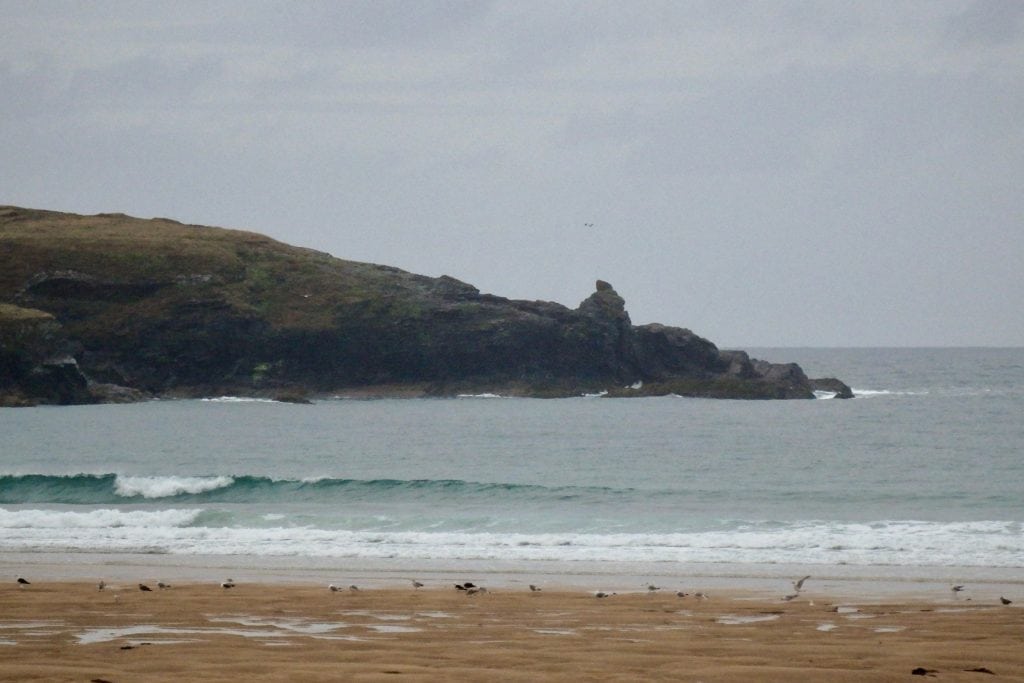 Another day of steady onshores with that same rolling three to four foot swell is promised for today, the weather eventually becoming brighter again after another slow start maybe.
Another day of choosing between bigger but bumpier, more ragged and slopped surf at the west facing surf breaks or settling for smaller but cleaner, although still bumpy and crumbly Harlyn.
It is always nice to have a choice!

It looks like we are in for another mixed weekend of bumpy surf and steady onshores bringing some very pleasant sunny spells and, of course, some not so pleasant showers. So it likely to be pretty much a continuation of the conditions that wee have been enjoying through the end of this week.
Constantine and its neighbouring breaks are likely to be seeing that bumpy and rolling swell producing some fun four foot surf, a little bigger and sharper on the incoming tides getting a little fatter and lazier on the dropping tides.
Harlyn in the meantime is likely to be just lightly crumbled and bounced with some two to three feet of surf to keep those more occasional surfers happy. Again it is all likely to be just that bit bigger and better on the rising tide, becoming a little sharper and snappier but smaller on the dropping tides.
So, a weekend that should suit everyone for a moment is on the cards, one of those ‘if you don’t like the weather or surf right now, just wait half an hour and it will change’ weekends!
Have a great weekend wherever you are and whatever you’re doing!