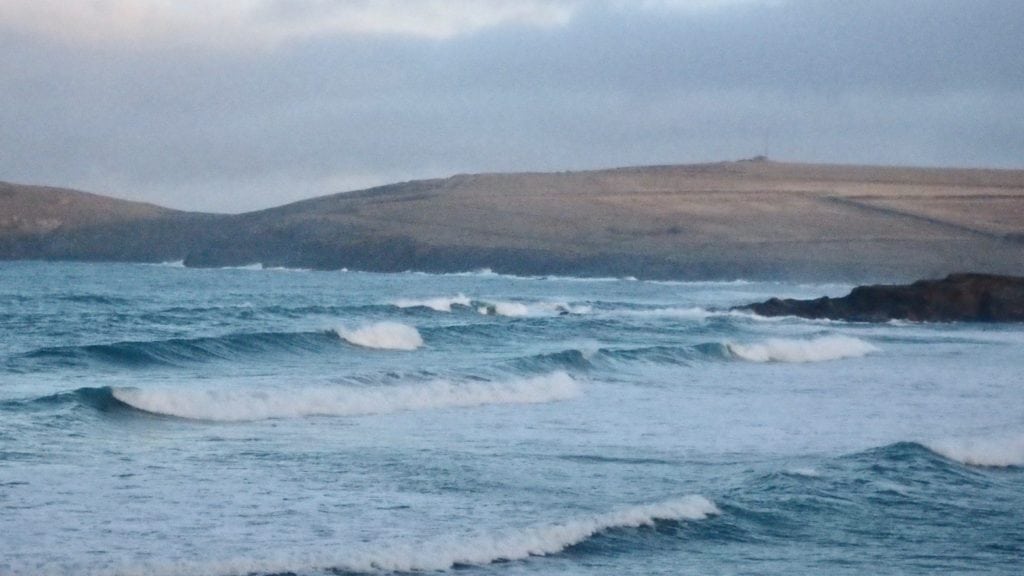 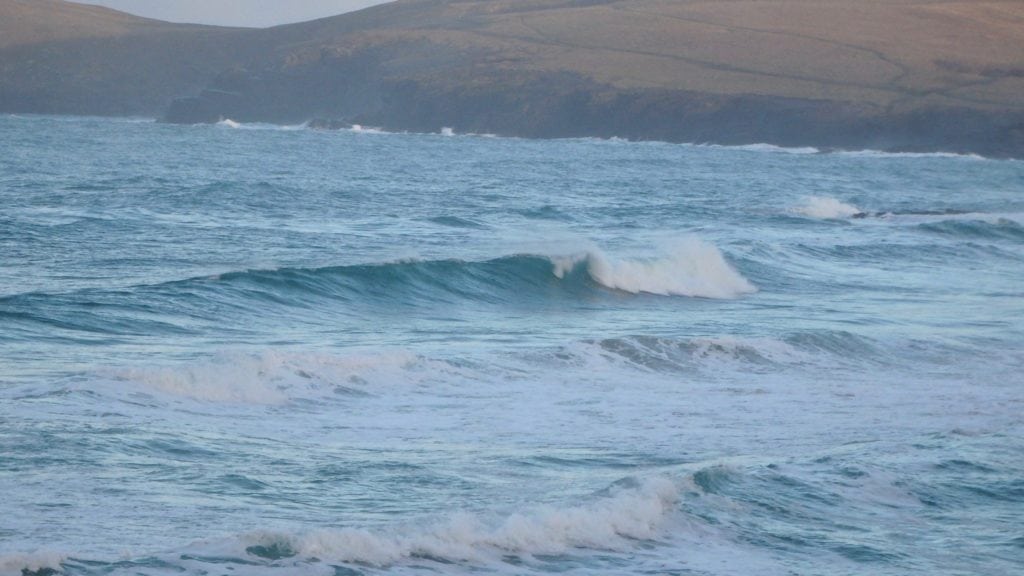 A cheery and bright, springlike morning is casually cheering us up again this morning, that same three to four feet of rolling swell bumping ashore under a light, light sou’ westerly breeze.
With double digit temperatures already on the thermometer outside, it’s easy to forget that it is still only mid-February!
So, those waves are fun looking and attractive, a little crumbly and bumpy but that should change as the tide drops back through the morning, sharpening up and becoming a little crisper and harder breaking.
Yep, it’s all looking good! 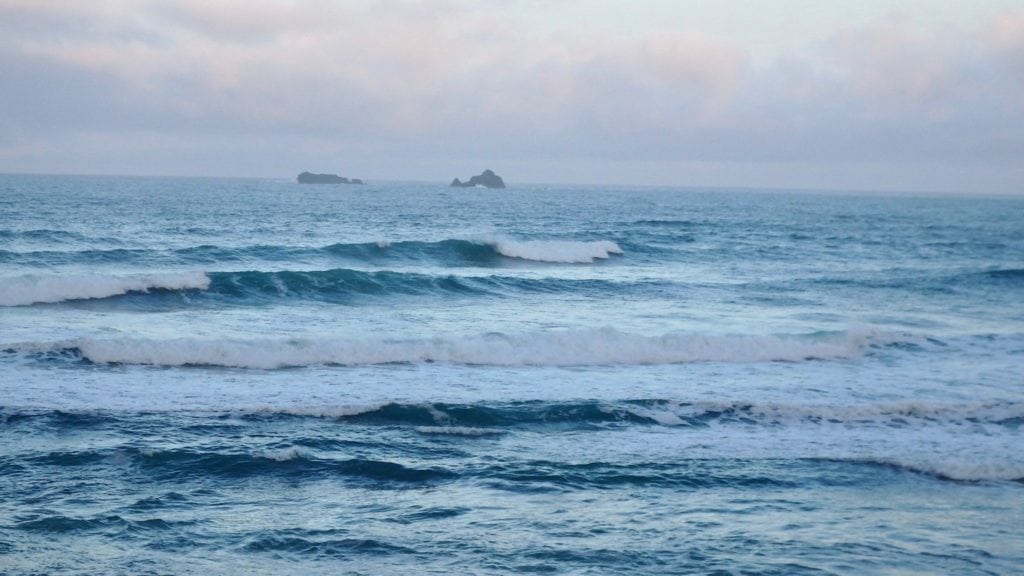 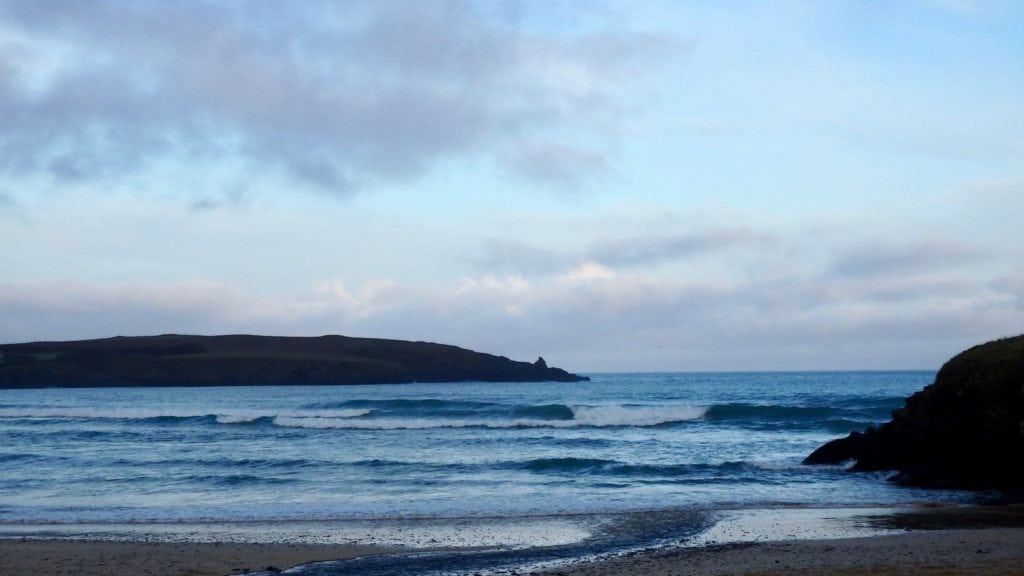 A couple of feet of bumpyish surf is rolling ashore here this morning, all a little lazy, glassy and still lightly crumbly as the tide deepens on the approach to high. Give it a couple of hours and those waves should sharpen up, still staying small but snappier and crunchier as the tide drops back.
It could just be an alternative to the other side and should be cleaner, if smaller! 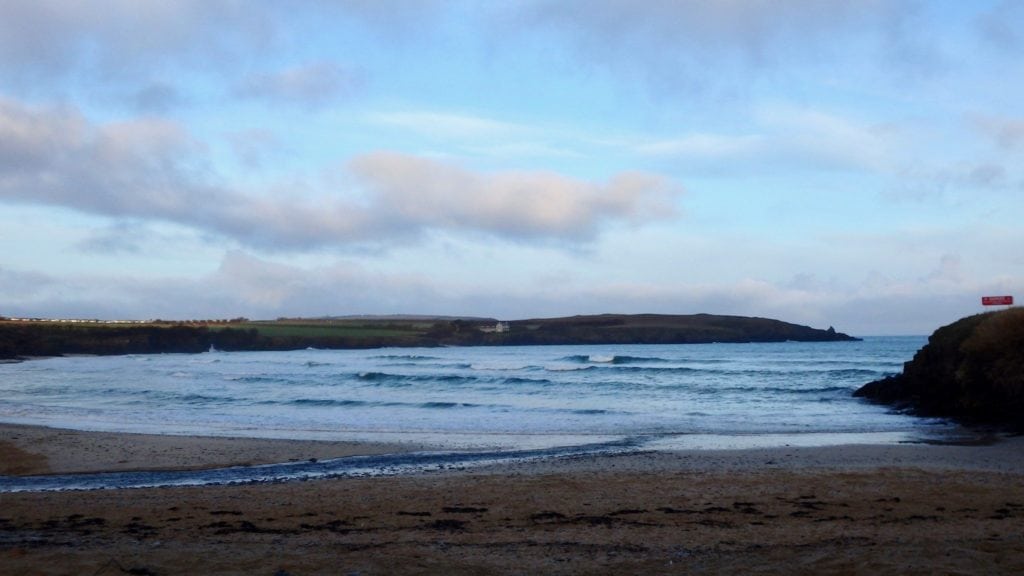 The breeze is likely to back more to the south today, probably ending up south, south easterly (just offshore) by the afternoon.
And so the surf could get good!
Although a bit smaller than it has been, we should be enjoying some fun and cruisy two to three feet surf under another bright and cheery, springlike sky, maybe getting even better on the evening tide!

The wind is likely to blow from a more usual south westerly through midweek but not too strongly and maybe only for a moment!
The back half of the week looks calm and settled and offshore again. But not that hard blowing offshore of the start of the week, we should be enjoying something much calmer and more enjoyable (and much milder too!).
The waves are likely to increase just a little in size as the wind goes onshore through Wednesday and into Thursday. And that should allow the surf to shine for the remainder of the week with only light offshores keeping those mainly three foot swell lines organised and tidy.
Have a great week, wherever you are and whatever you’re doing!