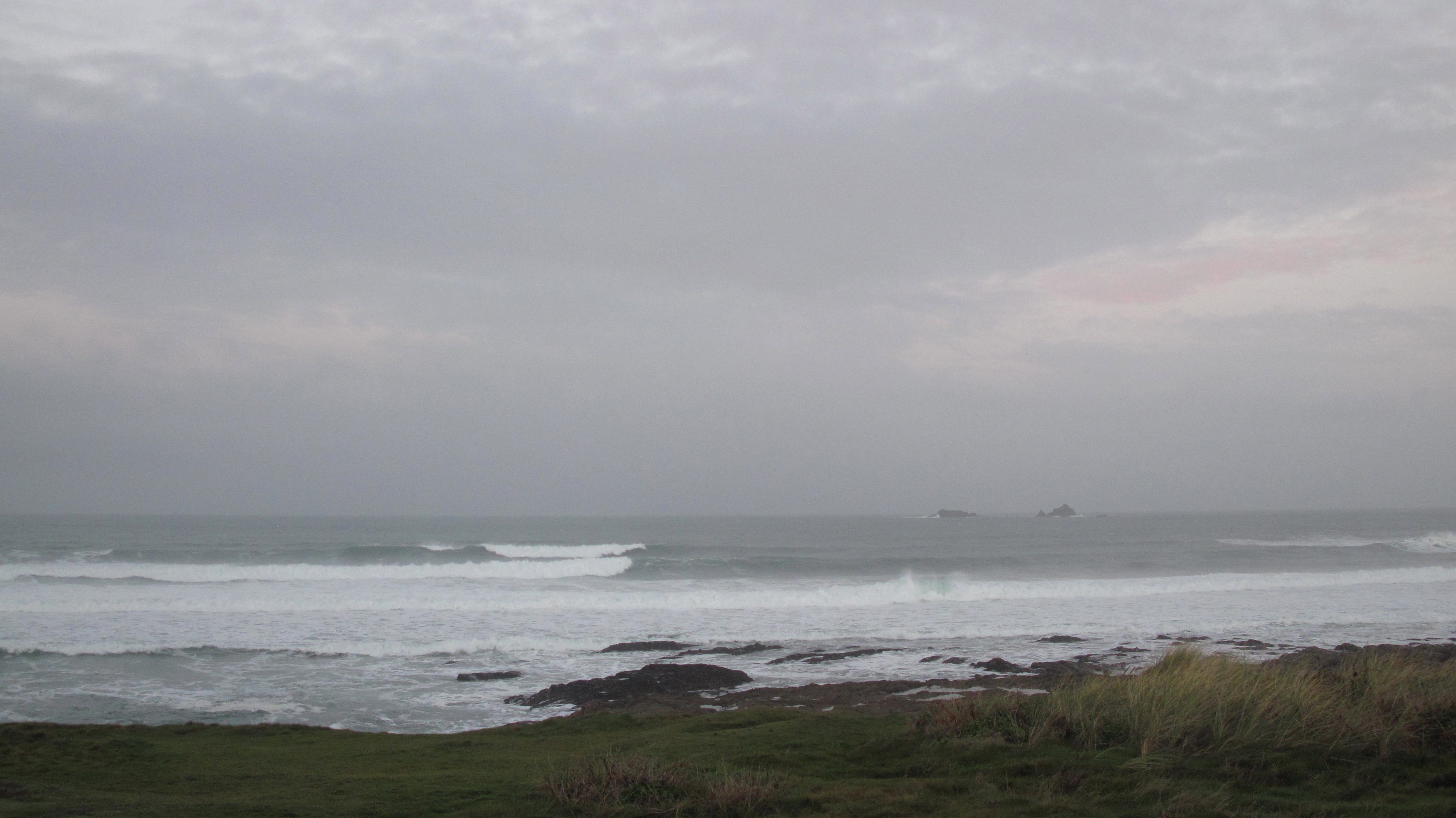 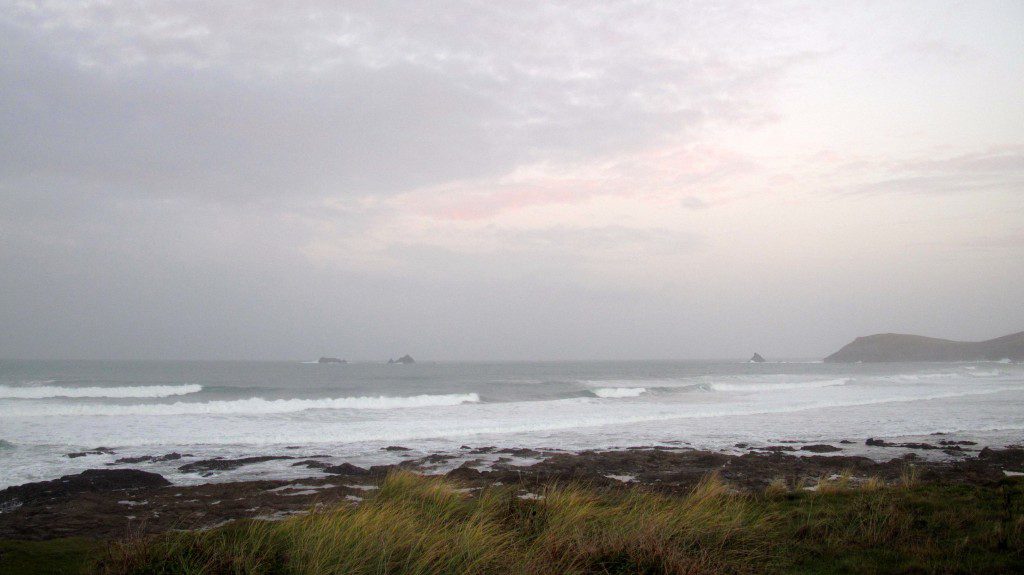 What a beaut of a morning after last night’s downpours!
The sky is that pale and hazy blue, the weaker early morning sun giving a calm Autumn colour without the chill, the wind light and from the south, trying to be south easterly but sticking at south sou’ west.
And the surf is pumping in.
A very setty swell is rolling our way, a thick and grey, bulldozing kind of swell, replacing those sharp and smart swells of summer. This is a heavier looking, beefy kind of thing which is probably going to grow and weaken and grow again over the next few days.
Right now it’s a bumpy and lumpy but very surfable, solid swell, producing some six foot plus sets off the back of the Reef and even bigger rights off the Slab.
The weather feels settled for the day, the wind will probably freshen through the afternoon but it’s not that strong.
Yep, it’s a very pleasant day with plenty of thick and rolling surf!
Let’s have a look around at Harlyn, it should be plenty big enough to get in there too…….. 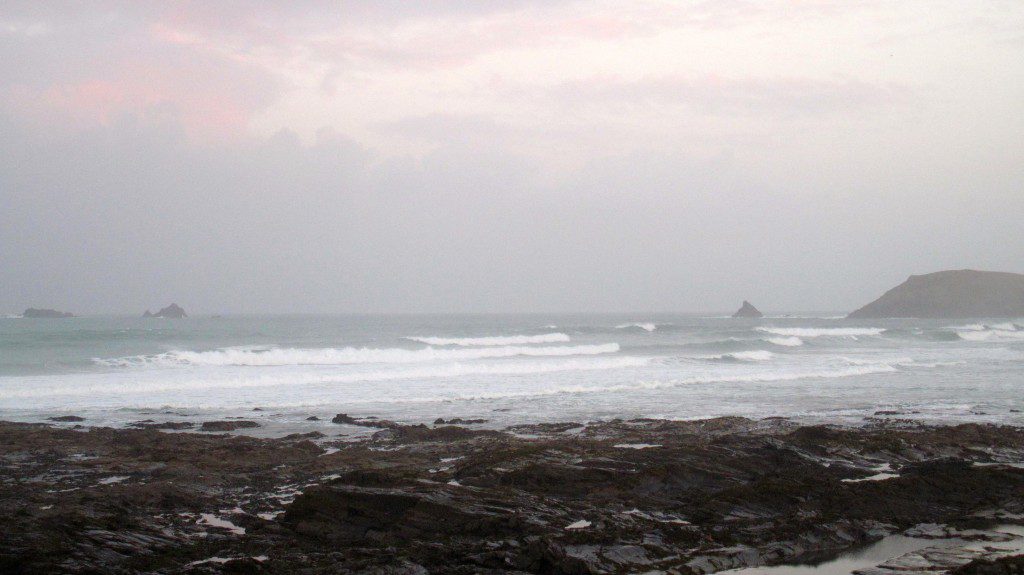 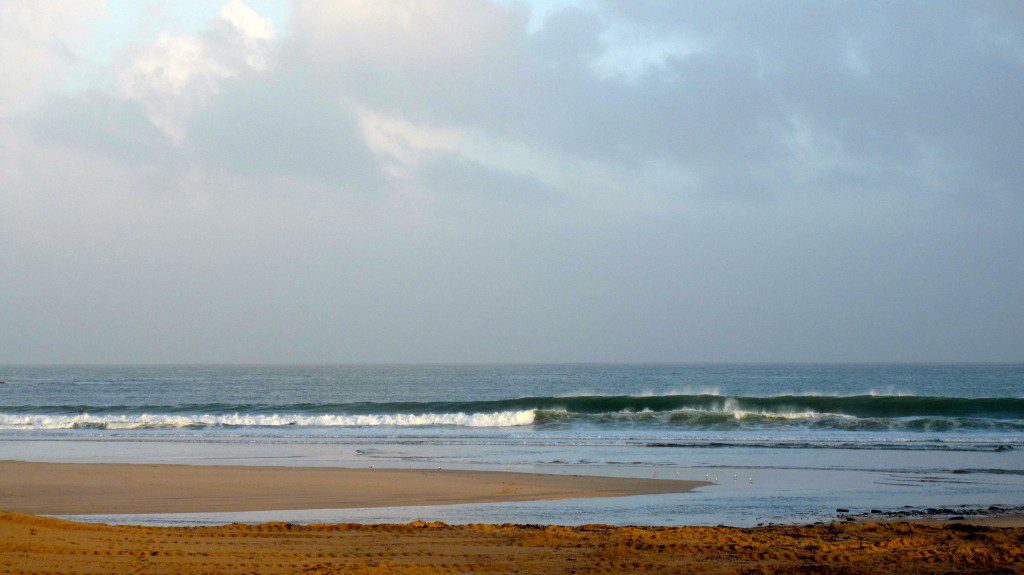 Yep, it’s good around here this morning!
The front line of the car park is already filled with the pre-work crew, always an indicator of a waited for swell.
And it is very setty, allowing plenty of time to hop over the shore break and skip outside. But when the sets roll i they are a very decent three feet in the middle of the bay, those odd ones being just a wee bit bigger off the Rock.
Yep, we’re in for a day of fun surf all along the coast toady! Just choose your favourite break, wax your favourite board and paddle on out! And don’t forget the sunblock! 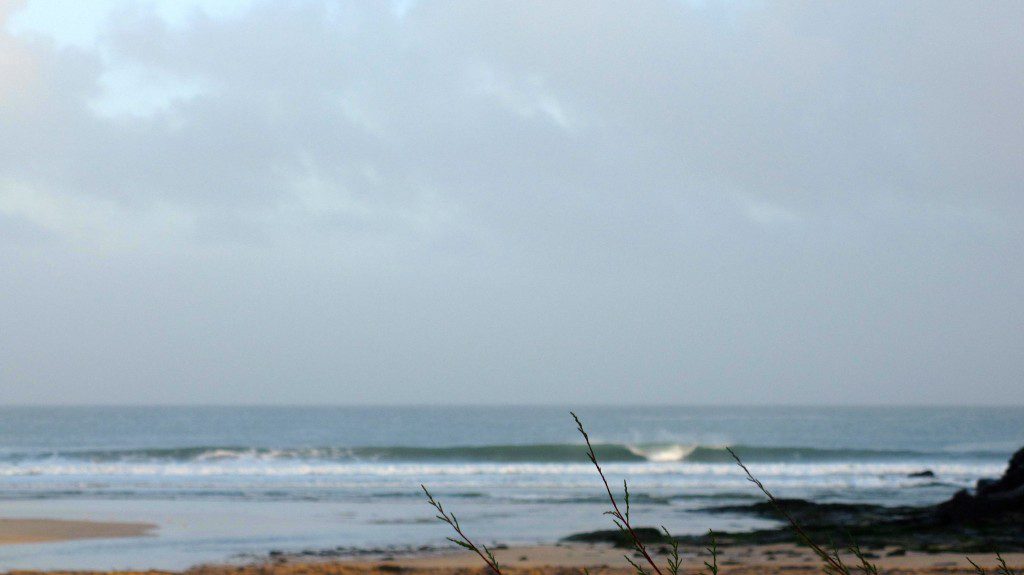 We should be enjoying yet another day of steady and solid surf, those rolling swell lines washing onto all of our favourite surf breaks along the whole coastline!
So just take your pick and enjoy a great day of waves with not too bad weather!

We are enjoying a week of booming surf with a deep and deepening low pressure system out there generating some thick and steady swells that are travelling our way.
Six to eight to ten feet of powerful, more wintery kind of swells are going to push their way onto our surf breaks, a steady, sometimes strong south, sou’ westerly wind supporting those swells all the way.
Our sheltered spots are going to be the draw for the rest of this week and into the weekend, Harlyn in particular but with a few other breaks starting to shine too. And if you want a little adventure there are going to be tucked away little breaks all up and down the coast with their very own little characteristics!
Yep, we are in for a surf drenched week of booming waves!
Have a great weekend, wherever you are and whatever you’re doing!