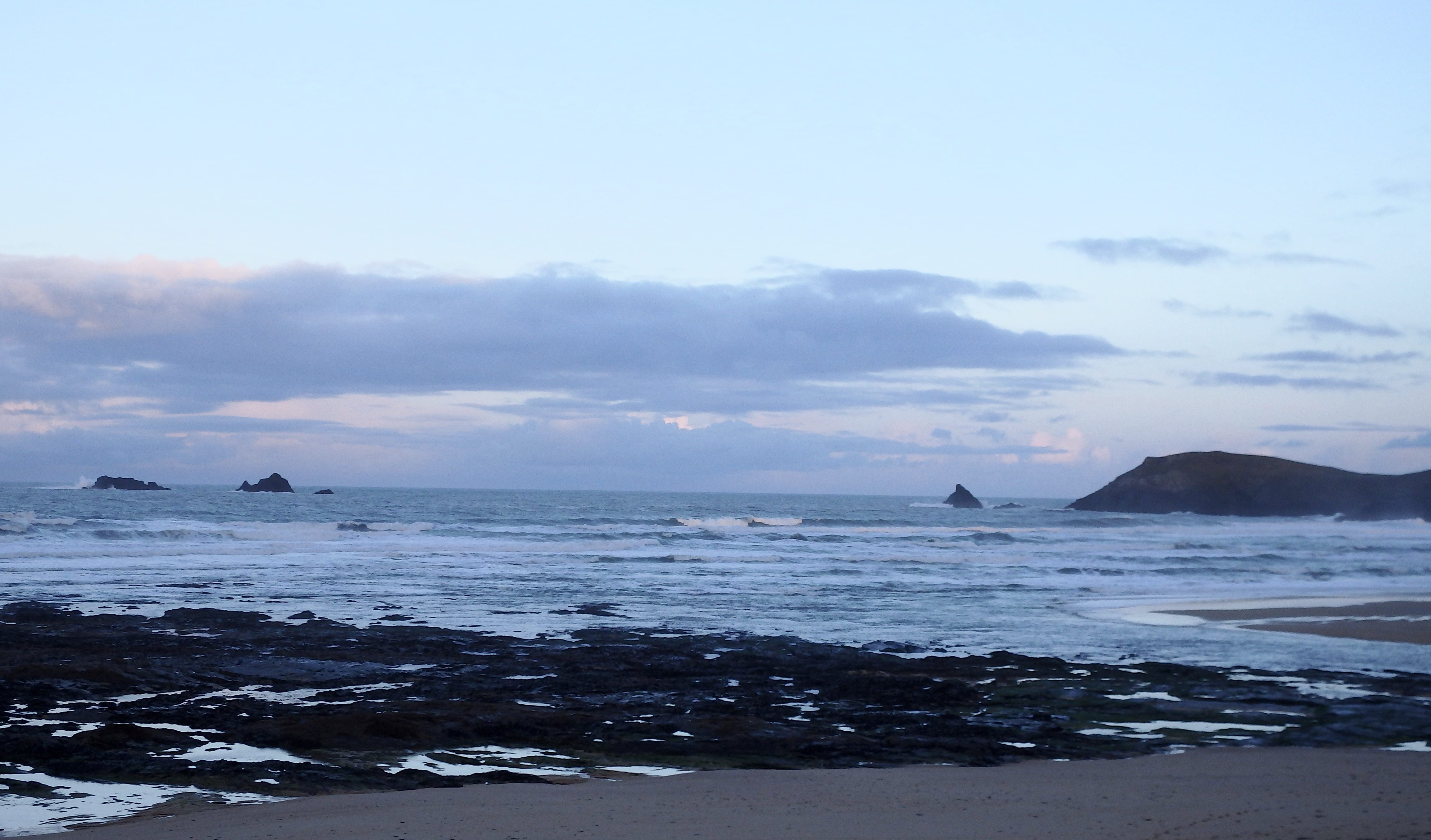 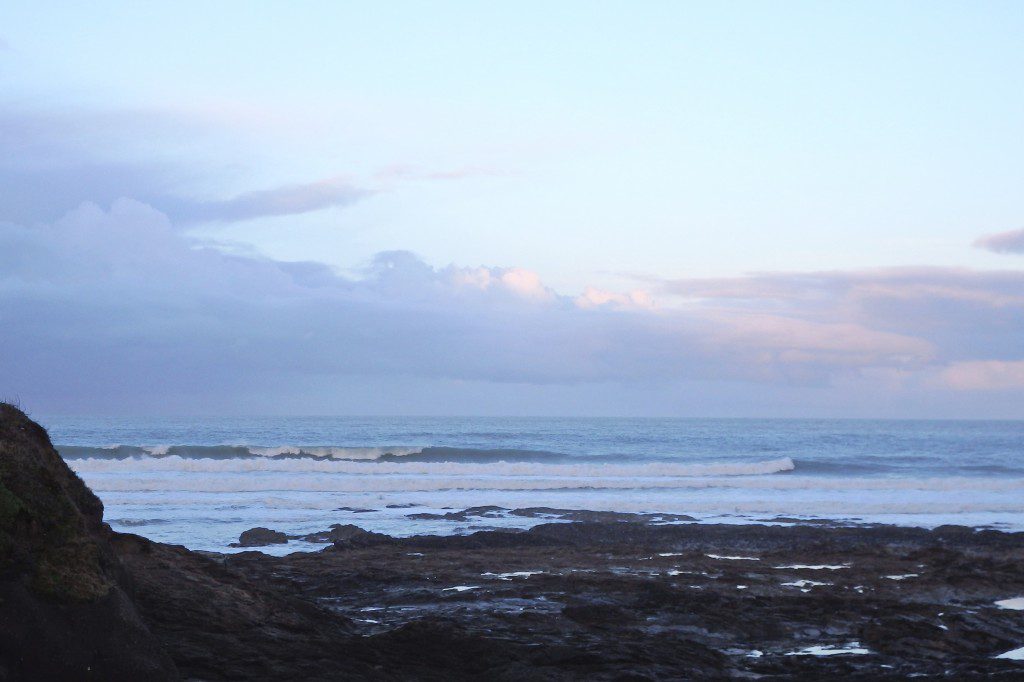 A bright enough and pleasant enough day is unfolding about us this morning with the odd power shower wandering about but otherwise a cold but cheery and dry enough one.
The wind is onshore down in the bay, a cold north westerly lightly blowing ashore, slopping up the four to five feet of erratic surf. It’s another one of those days where, if it was summer we would be all over it but on a late February morning when the thermometer is reading only 2 deg C, you kind of find other things to do!
The south coast probably has some small but really clean surf if you’re keen! 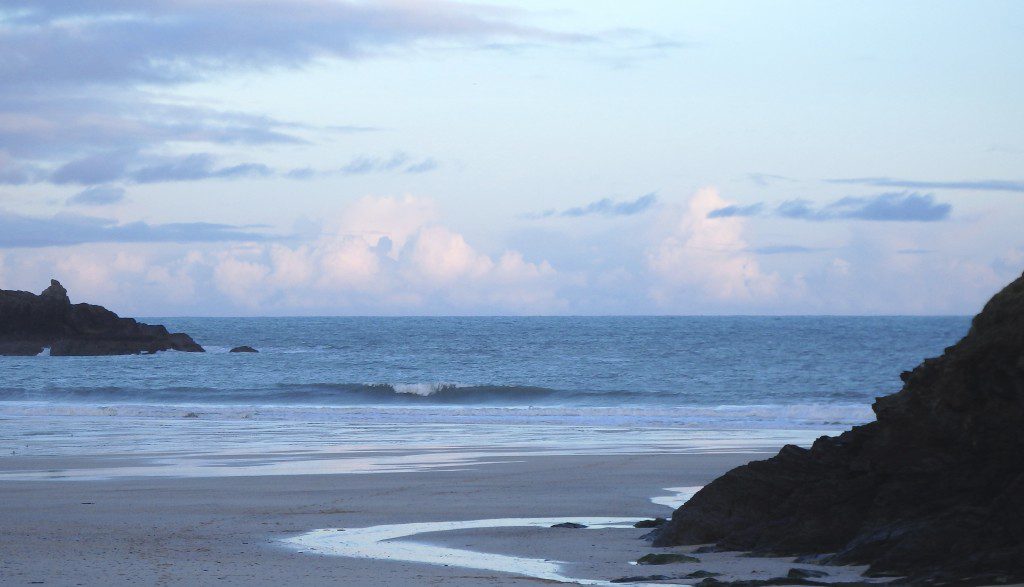 There’s a couple to maybe three feet of onshore blown surf occasionally washing in at just about low tide this morning.
It’s not all that great but the sky is brightening and that wind is only light, so it might be little bit more appealing later on when the tide is higher and the temperatures have improved a little.
But I think that the south coast is the place to go for some clean surf today (if it’s big enough!).

The wind is likely to have backed to the south west by midmorning, allowing for some cleaner conditions at Harlyn.
And with a predicted four to five foot swell again then we should be able to look forward to some fun two to there feet and clean surf, getting bigger with the mid-afternoon tide. It should stay reasonably bright too!

Those grey and wet and windy conditions of midweek should brighten and ease by Thursday, the wind staying north westerly, staying onshore but only light. We can expect three to four feet of sloppy surf, maybe improving a bit through midday as the tide moves towards a low high tide, at least providing some shelter from the wind by the headlands.
And then we should be back to Harlyn by Friday in a fresh south westerly blowing offshore there. With a four or five foot swell running along the coast we should be enjoying some half reasonable two to three feet of clean surf at Harlyn, especially on the tidal push through midday.
So, the south coast beckons for a day or so before Harlyn kicks back in with a building swell into the weekend!
And the weekend is likely to see some bigger surf again with grey and windy, wet weather but offshore winds at Harlyn.
A weekend of four to five feet, offshore, windy and dumpy Harlyn awaits!
Have a great weekend, wherever you are and whatever you’re doing!