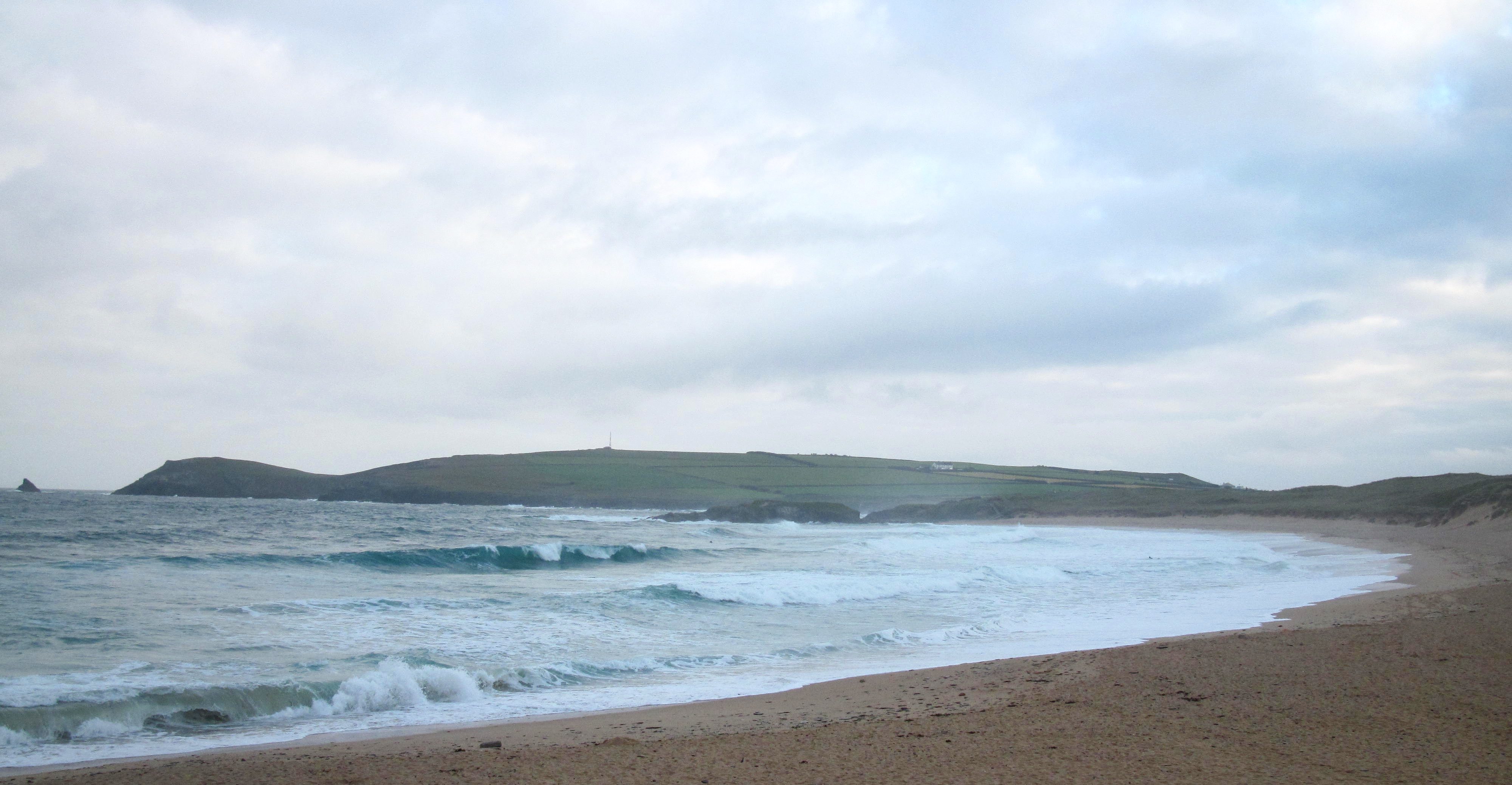 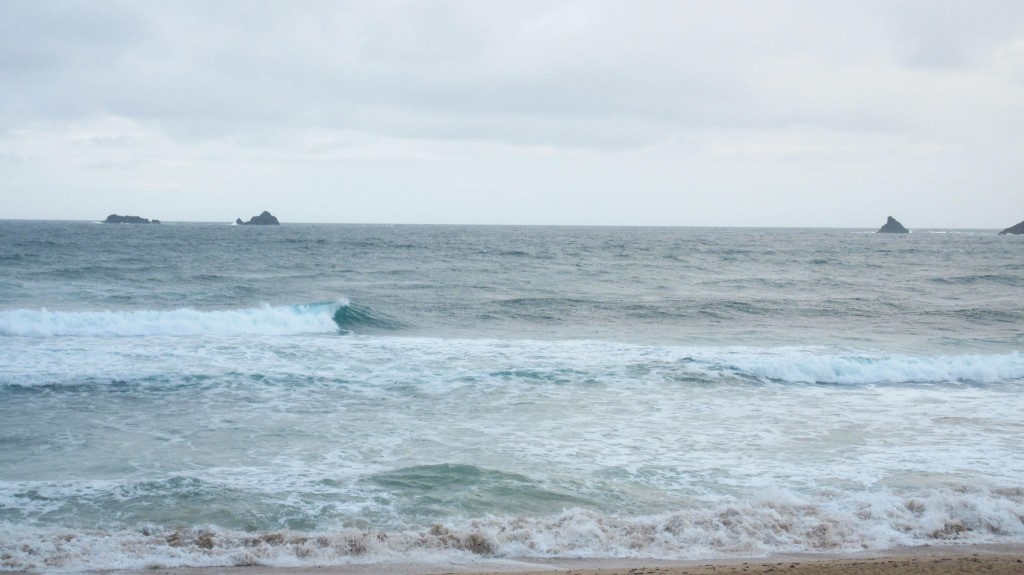 It is good to be back but it is a shame that the surf is still a little ho hum!
There’s three feet of sloppy surf lazily rolling into the bay this morning, the wind light but steady, pushing in from the north. It’s all a little damp and dreary this morning but the sky is brightening and that always seems to make the surf look better if nothing else!
So, an okay kind of day surfing three feet of bumpy surf lies ahead, conditions probably deteriorating with the tide before improving again with the afternoon’s tide.
And this evening could end up being okay for the HTC crew. 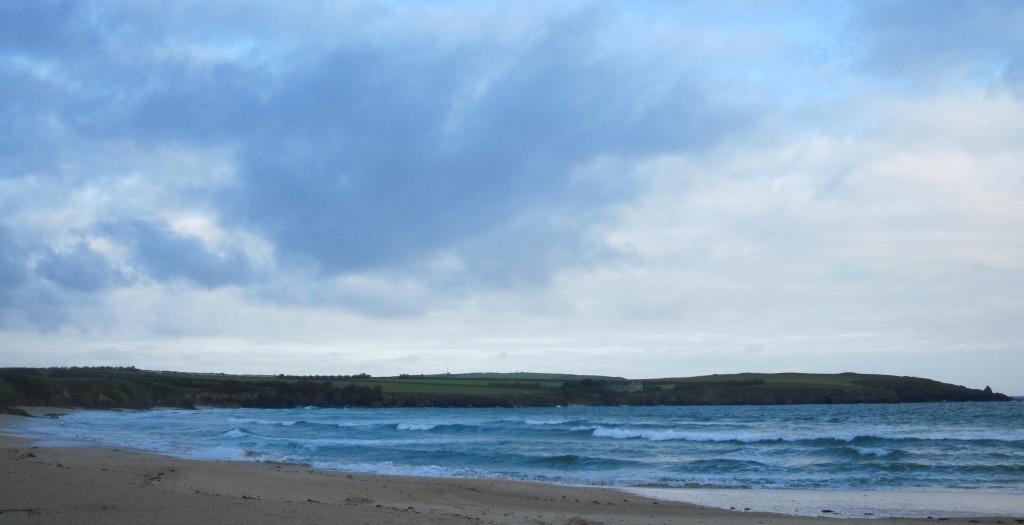 Small waves are crumbling through here this morning, a couple of feet or so of onshore and weak looking little waves an hour or so ahead of high water.
The swell looks as though it is going to gently see down as we go along, while the northerly to north westerly wind is set to continue through the day. So it ain’t looking great for surf here for a while!
The other side of the headland is weak and sloppy looking but at least there’s three feet or so of more fun looking surf to ride over there. But if Harlyn is your favourite destination then you will probably find a sloppy little wave or two to have fun on. And it is always a nice place to be anyway! 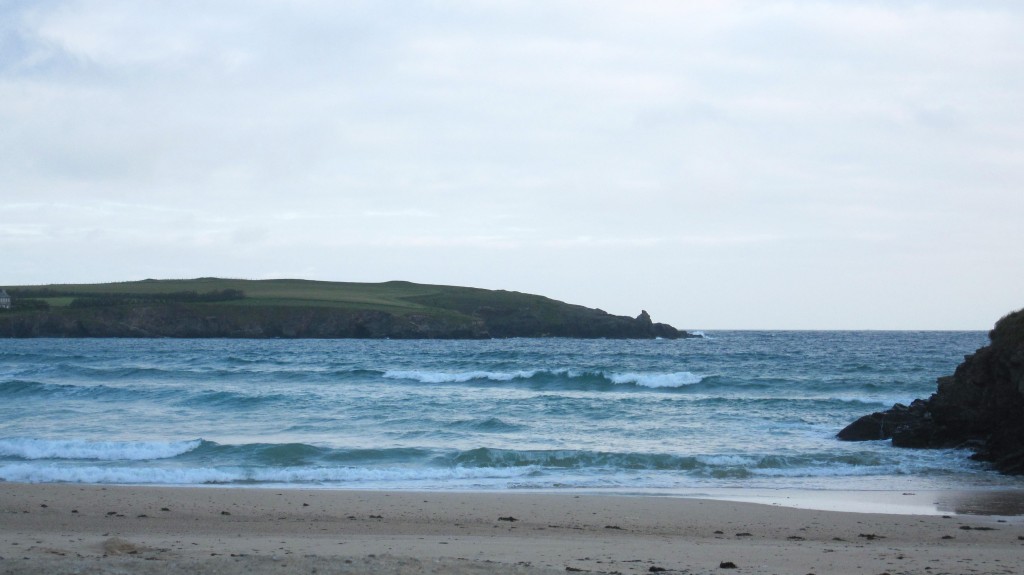 The wind should lighten but what swell there is is likely to weaken too.
A foot or two of lightly slopped little surf is as much as we can hope for today, as alway being a little cleaner in the morning and evening, that sea breeze effect kicking in through midday. The weather should stay fairly light and bright throughout the day, the wind keeping temperatures down but the sun doing its best to brighten things up!

Another week of onshore winds and bumpy surf conditions lies ahead this week but at least we should have waves to ride throughout the week.
The three feet or so of bumpy swell that started the week should continue to push in all the way through, the wind resolutely sticking to the west north west for most of the week, maybe sliding more to the west later on.
So, picking your times this week could make all the difference,those early morning and late evening sessions probably being the best, midday sea breezes strengthening the onshores through the afternoons.
There should be a few good sessions to be had if you can tuck away from the wind behind a point or sand dune somewhere along this raggedy little coastline of ours. One of those breaks that picks up the swell but has some shelter from the north westerly winds probably going to end up being your favourite spot this week! But at least it shouldn’t go completely flat this week and that sunshine always makes the place look nice too!
Have a great week, wherever you are and whatever you’re doing!