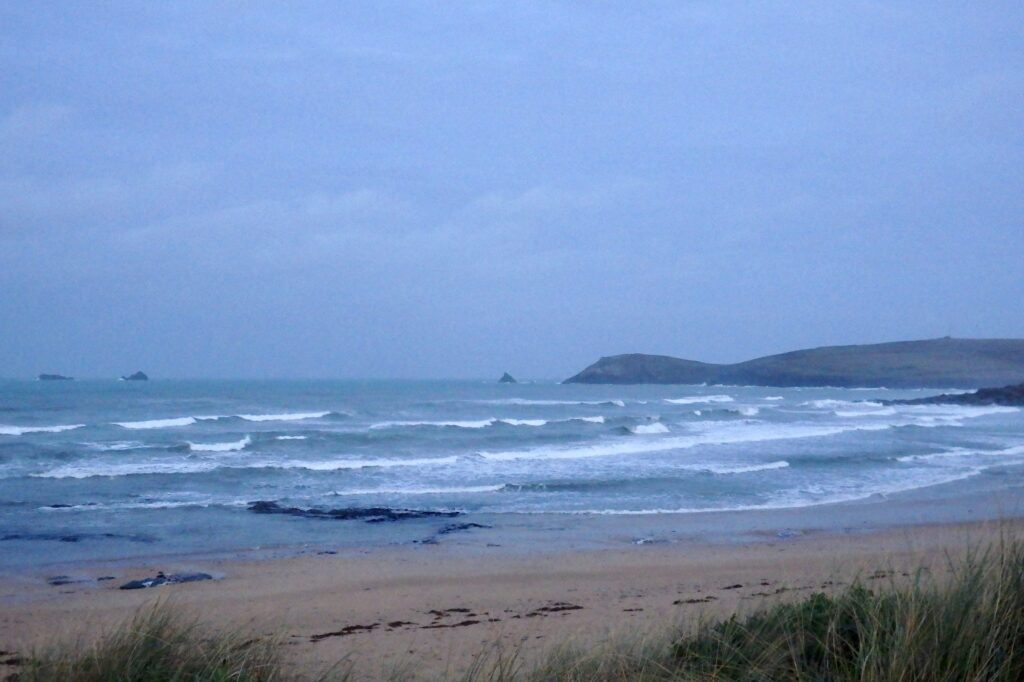 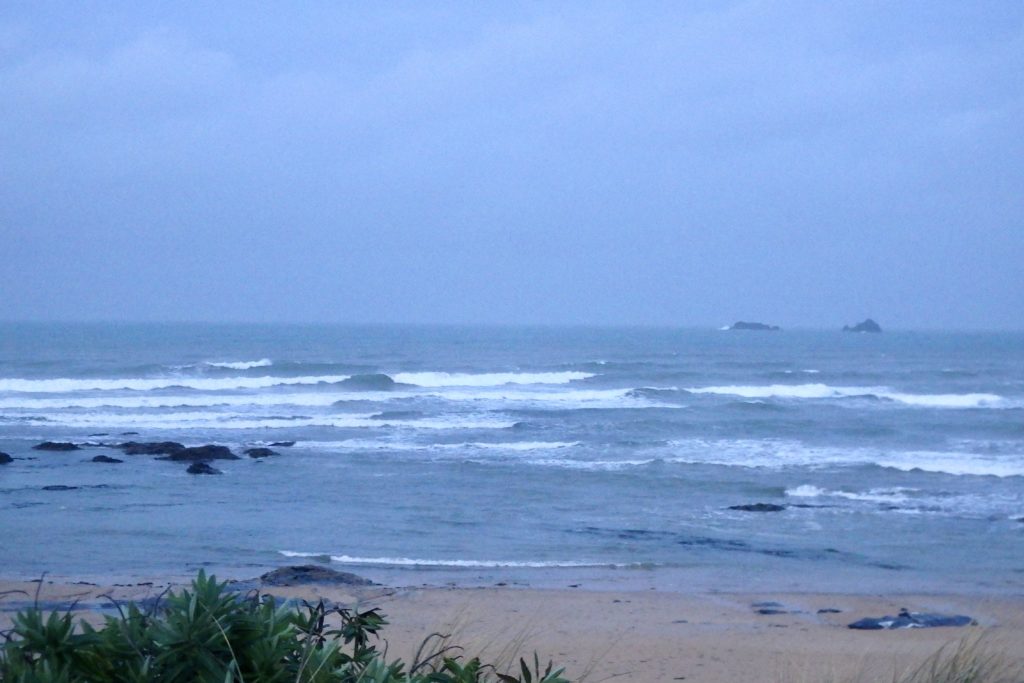 It’s another dull and dreary one, the sky is that leaden grey again and the lanes are filled with water but the wind has settled and the tempests of the night have eased to more of a mizzle of dampness.
The southerly breeze is not having too much effect on the three to four feet of peaky and shifty looking surf, allowing a few peelers to shuffle through. It’s not great but it is surfable and all signs point to the swell building and conditions improving throughout the day! 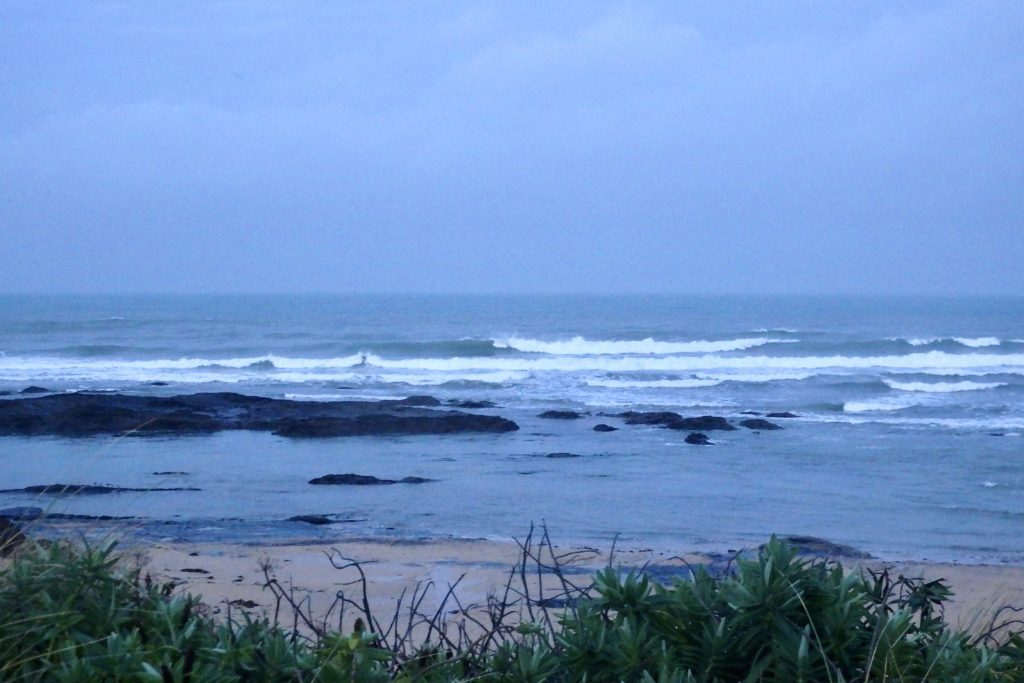 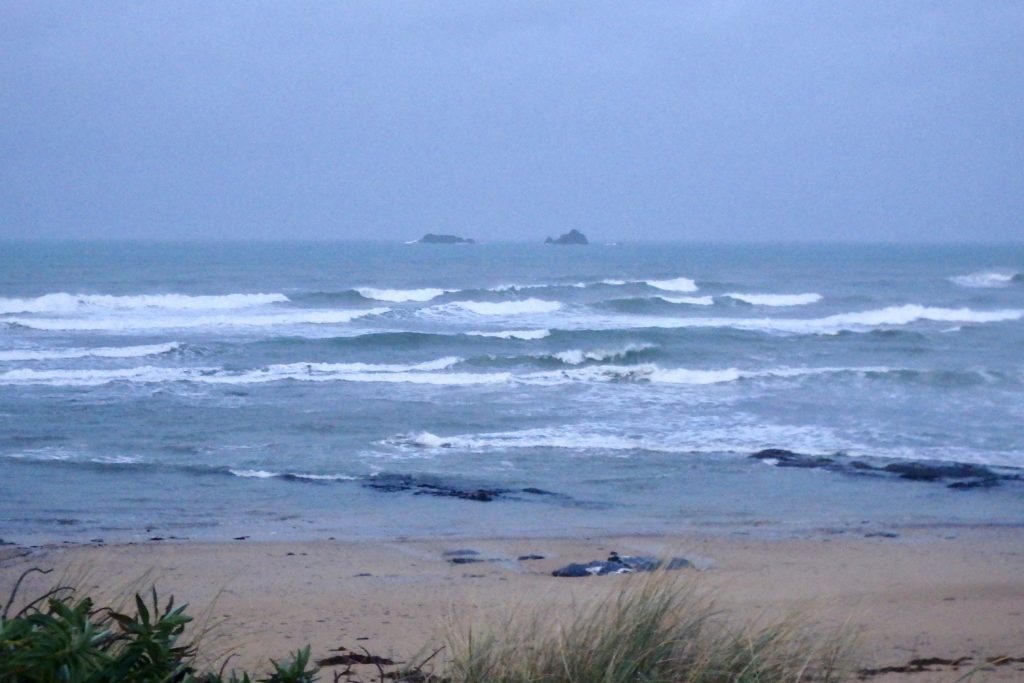 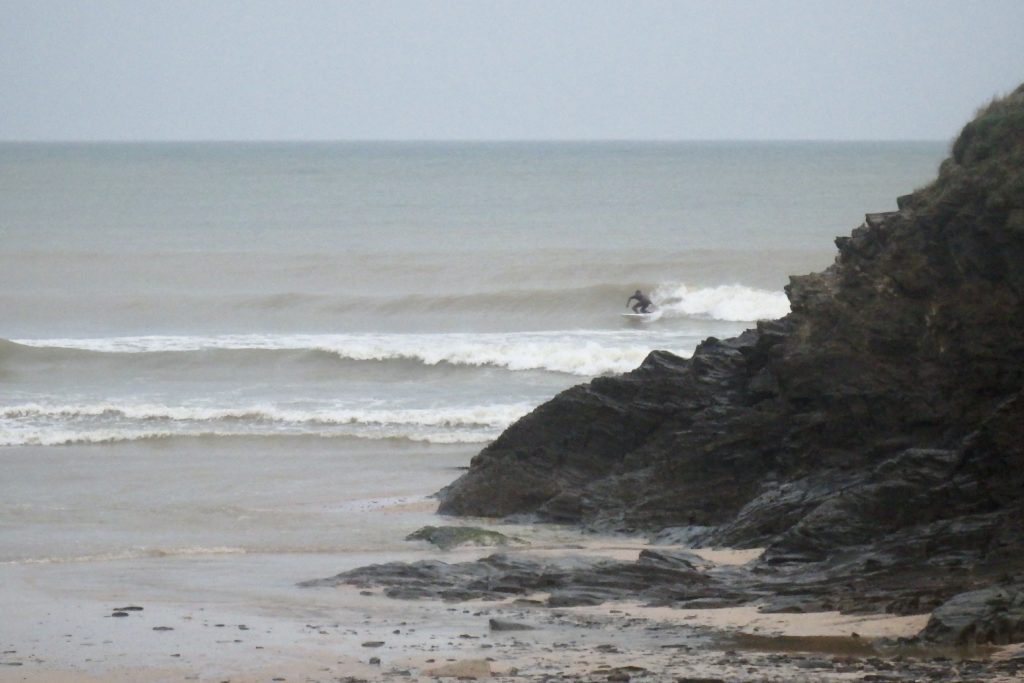 There’s a lot of run-off muddying the waters at Harlyn this morning, the stream a torrent of discoloured overflow.
And the surf looks a little deceptive too.
What looks like they’re going to be small and weak little close-out are snappily peaking and peeling (for Harlyn that is!) and reeling across the sand.
A few guys are out and they’re catching plenty of screamers as they spin off the Rock.
Again, it should get good later and it might just get very good! 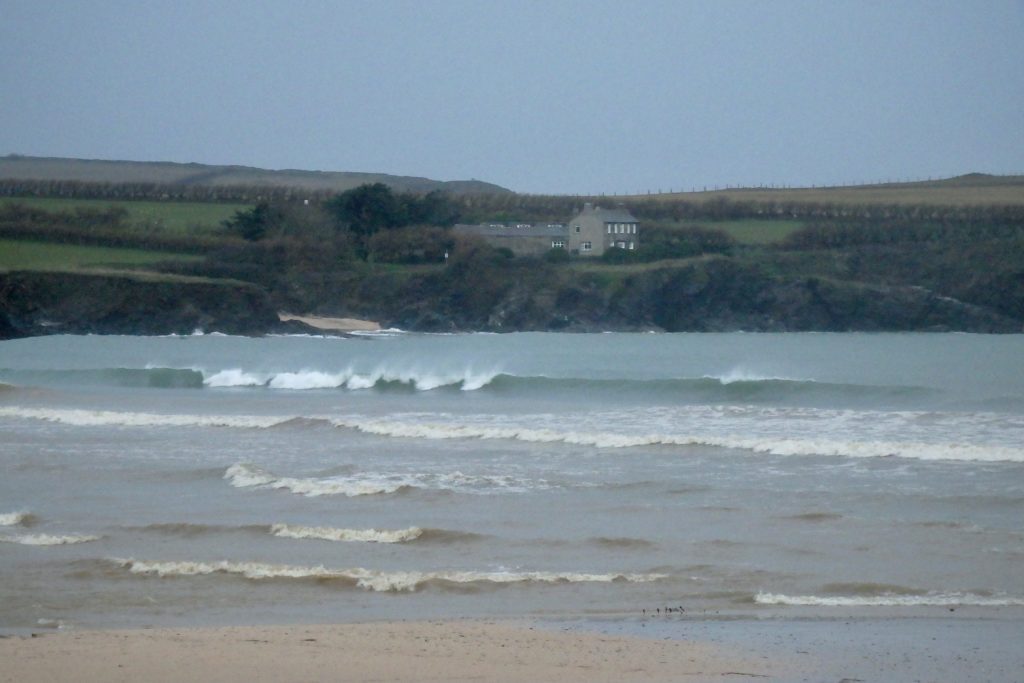 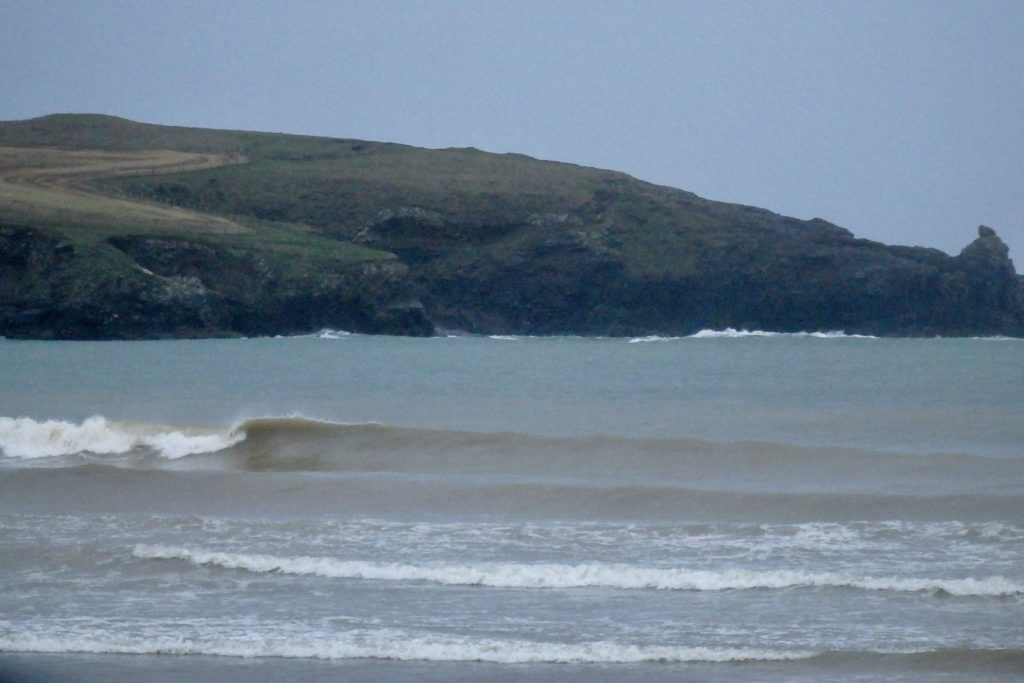 A steady south westerly wind is going to be pushing behind more big swells as they growl ashore.
Six to eight feet plus of thick and grey windswept surf is likely to pushing through at our main surf breaks but those sheltered spots that we all know should be kicking in with some hollow and shapely, sand-drenching barrels.
Harlyn should be real good today!

Another damp and windy, wintery weekend is waiting for us this weekend with lots more big swells rolling our way being herded into the bays by blustery and gusting south going south westerly winds.
We just might see an offshore kink to that wind through Saturday morning allowing the big surf that is due to be rolling onto our favourite surf breaks to fire! If that does happen then we could be enjoying some real big barrels and lots of peeling peaks, if you’re prepared to go looking!
The wind will probably ease more to the west again as the weekend glides by making even Harlyn a bit of a challenge with sloppier conditions by late Sunday morning.
But overall, we should see some exciting conditions filled with plenty of surf, sometimes friendly winds and mixed up and changeable weather.
Have a great weekend, wherever you are and whatever you’re doing!