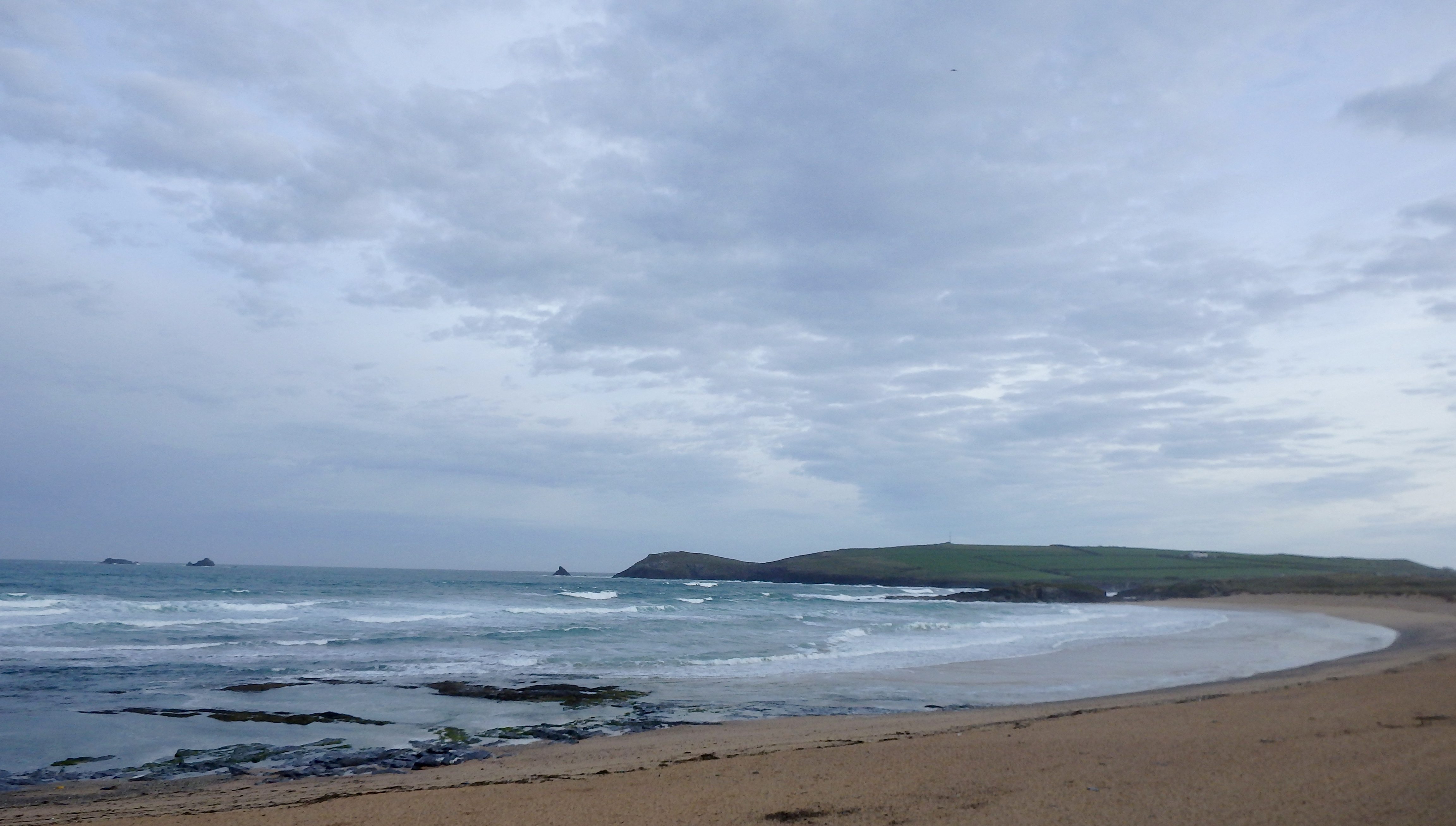 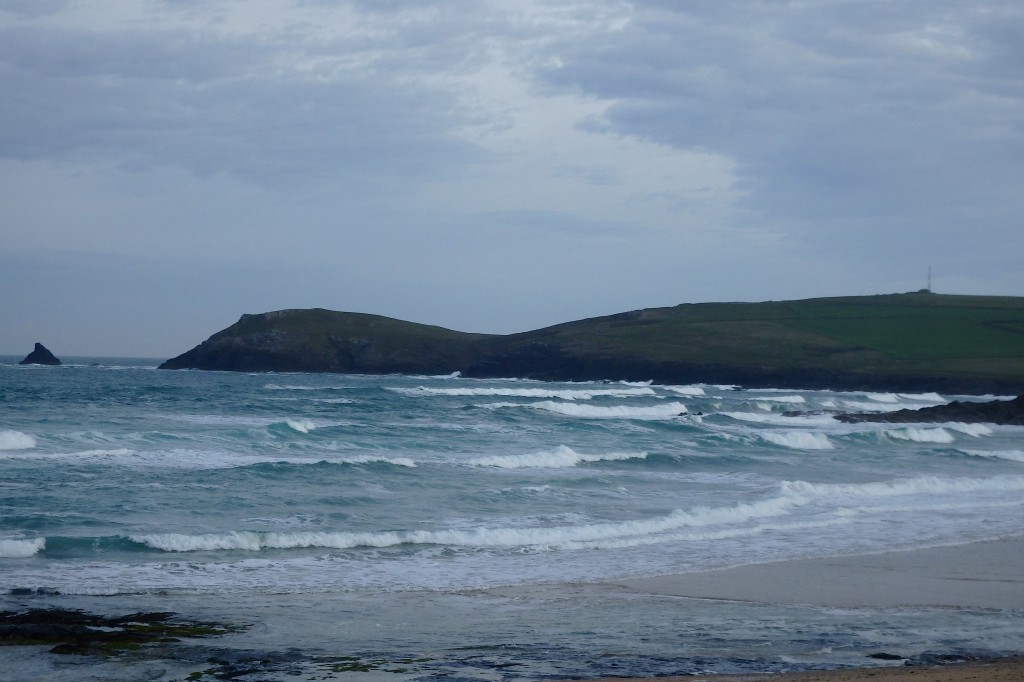 It’s a breezy and fairly dull but mild one this morning a brisk westerly wind rattling into the bay.
And so the surf is messed up again with three feet of sloppy and choppy, bumpy little waves washing into the bay. The tide is on the drop and so the surf is likely to deteriorate even more but equally it could improve, if only a little on this afternoon’s rising tide.
In the meantime though, let’s have a look at Harlyn….. 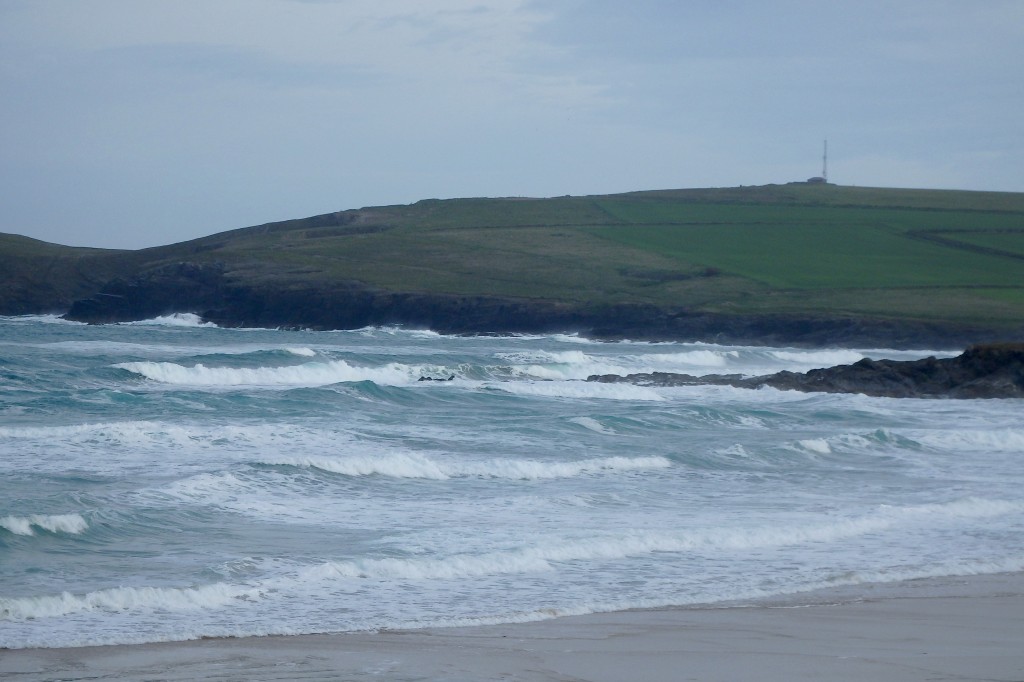 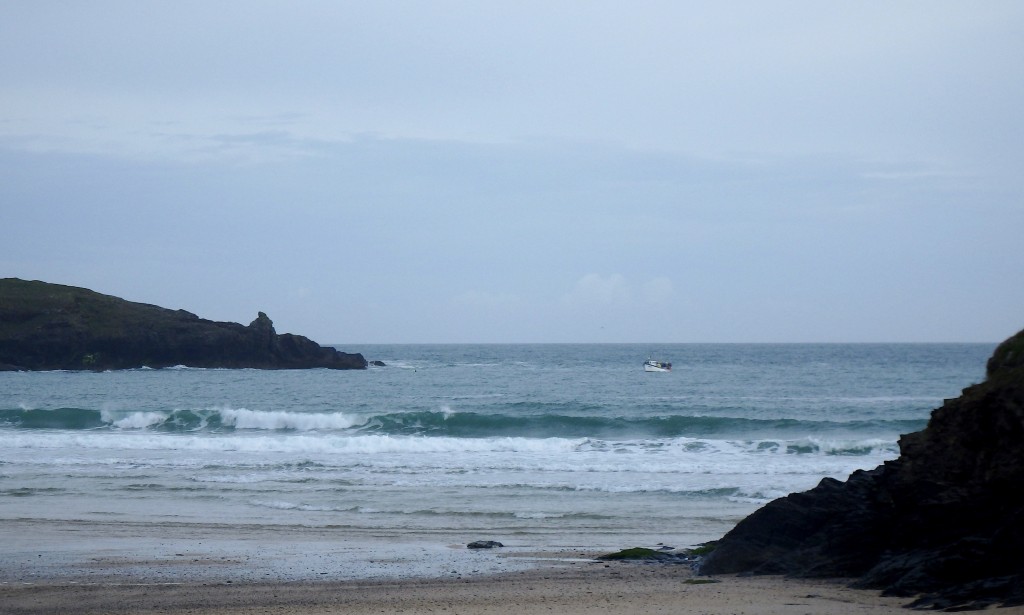 There’s a foot or two of ruffled and bumpy waves breaking here this morning, glassy faced watery walls folding from an almost peak just off the Rock.
The dropping tide won’t help things this morning but the wind is forecast to settle more south westerly just as the tide returns and that could just allow some prettily shaped little surf to show itself.
Yep, there could just be a couple of feet of fun surf here this afternoon! 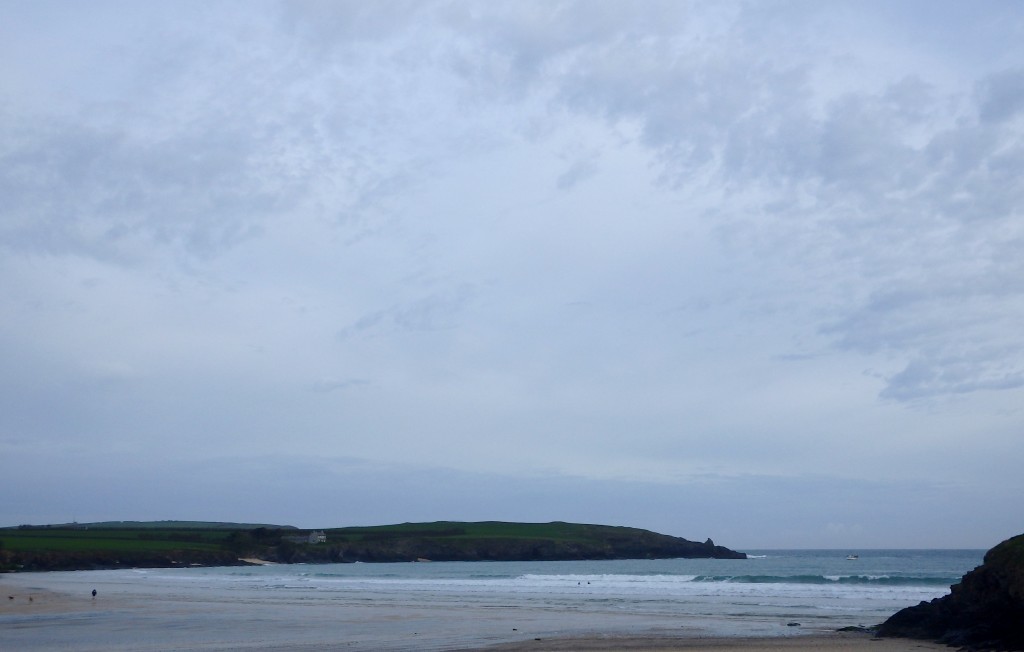 Another onshore breezy day is expected with a three foot swell rolling onto our coast and some pleasant enough sunshine in-between the showers.
Harlyn looks like it might have some small but clean surf with the afternoon’s rising tide again!

A breezy weekend awaits, the wind gusting in from the west and south west for most of the time, the swell continuing in the three foot range.
Saturday is likely to be one of those blustery days filled with showers and a gusting south sou’ westerly wind. Harlyn will have the cleanest conditions but with only fairly small surf managing to get all the way around and into the bay. Still, there should be an okay couple to three feet of super clean and probably fun surf through most of the afternoon.
And Sunday is likely to be quite similar with that same three feet of rolling and windswept surf washing into our bays.
Harlyn will likely be the venue of choice again this Sunday, a mainly bright and cheery one but with the chance of an occasional shower now and again.
So, a fairly surfy, more Harlyn kind of weekend awaits with the promise of some fun surf and okay weather!
Have a great weekend wherever you are and whatever you’re doing!