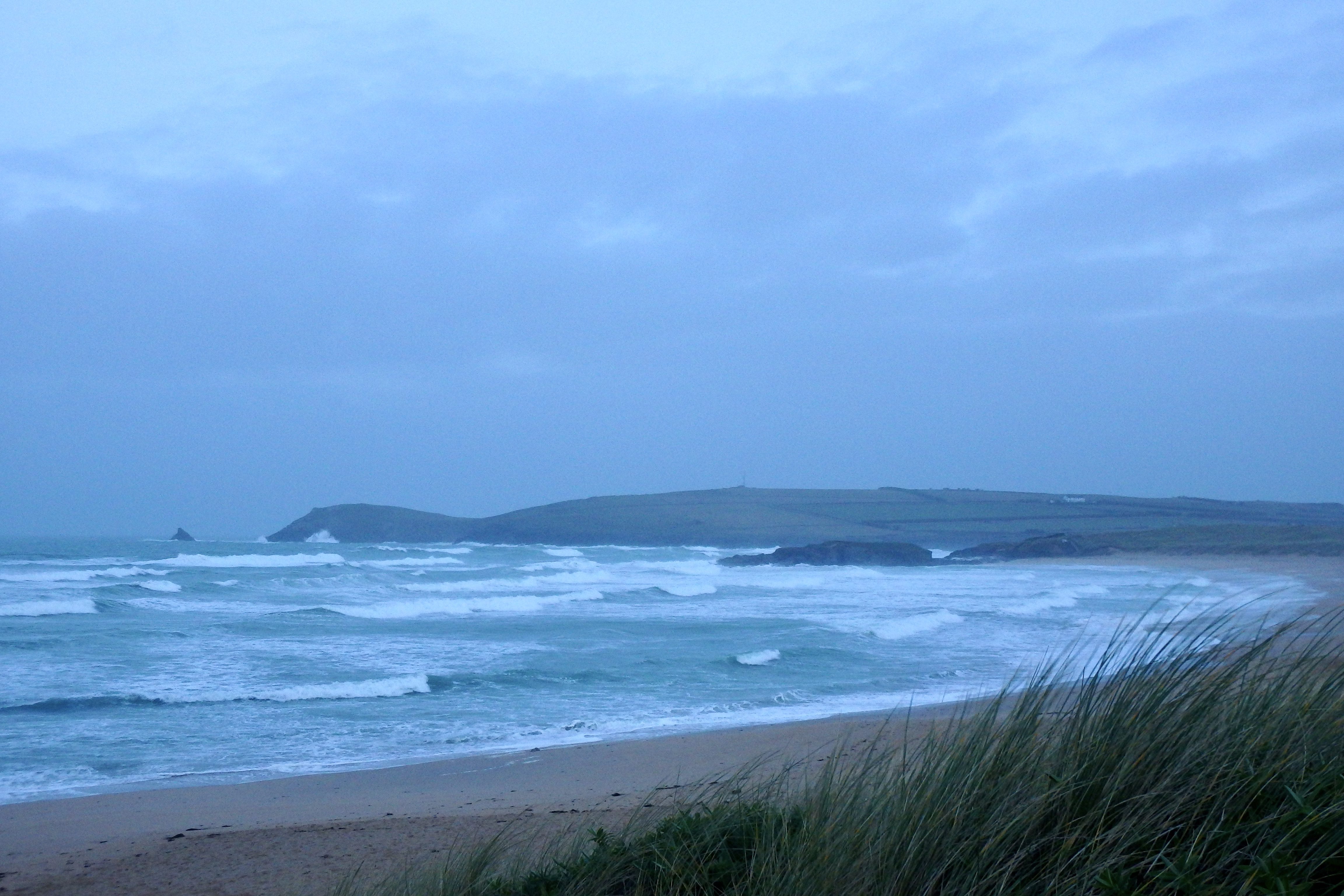 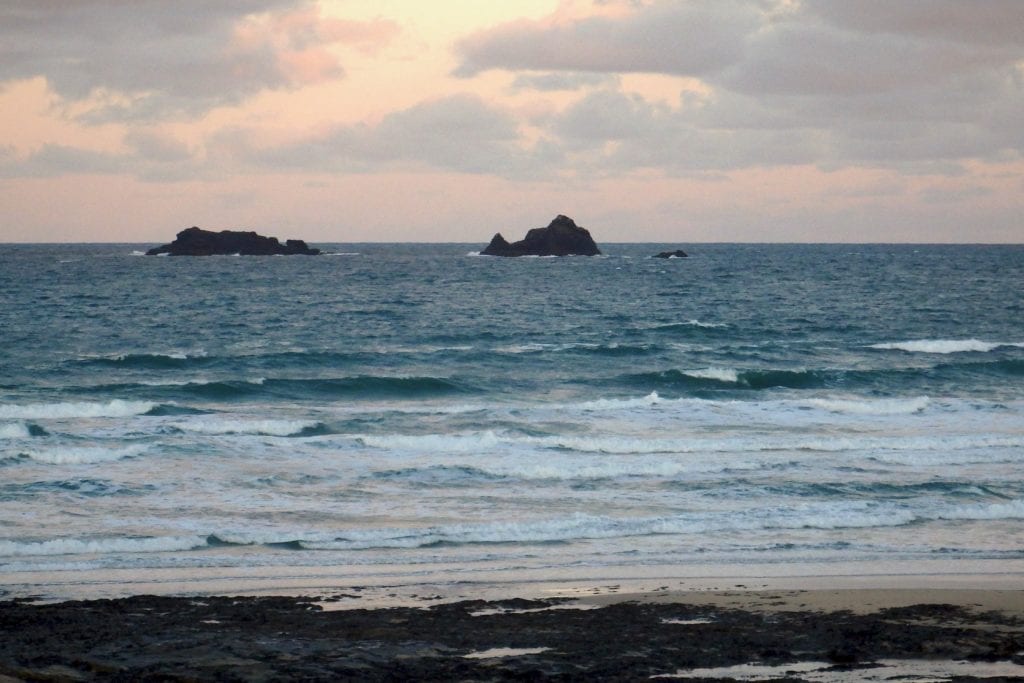 It’s a bright ‘n breezy one this morning, a blustery north westerly blowing down the coast and keeping air temperatures low.
It’s also making for choppy surf conditions with an otherwise half decent three foot swell being slopped and junked as it bumbles towards the beach.
After saying that, it should be a bit of fun, especially if you can find somewhere a little more sheltered from this wind. 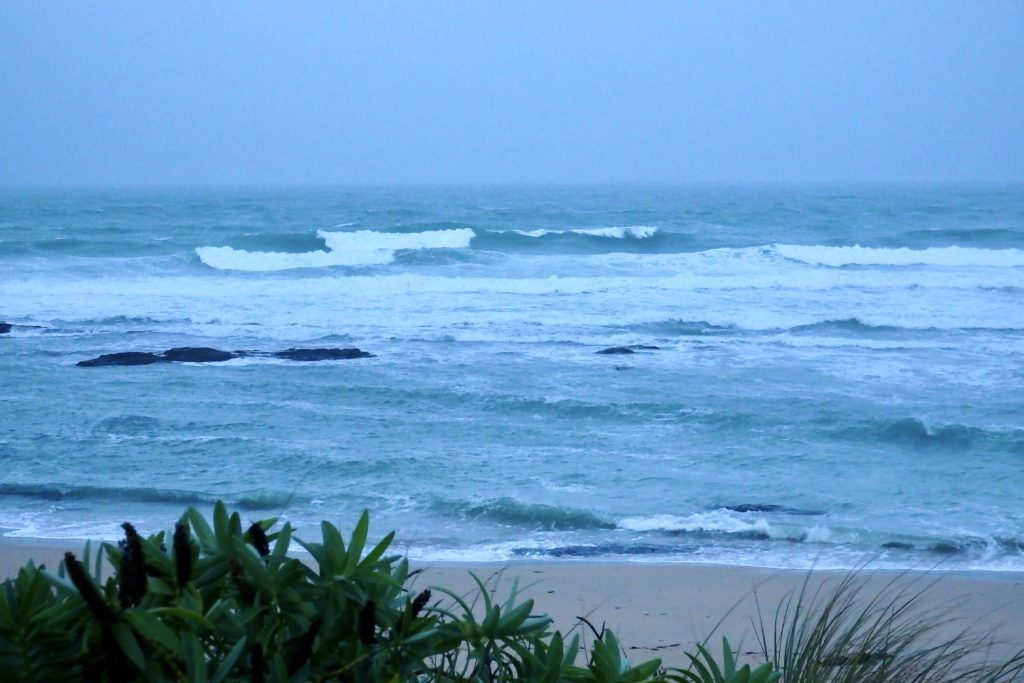 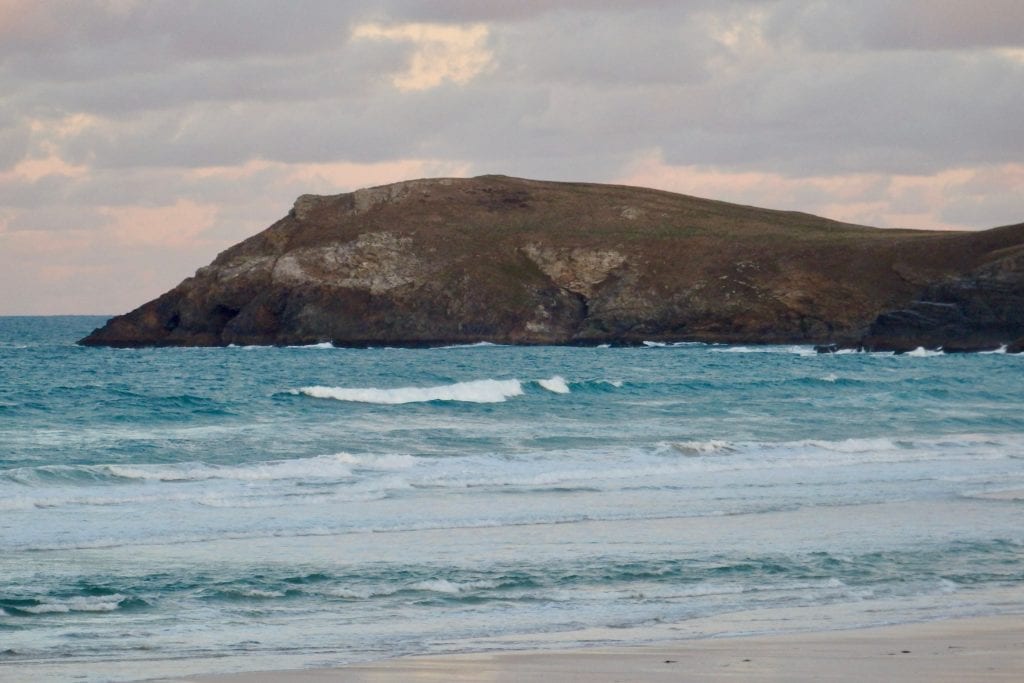 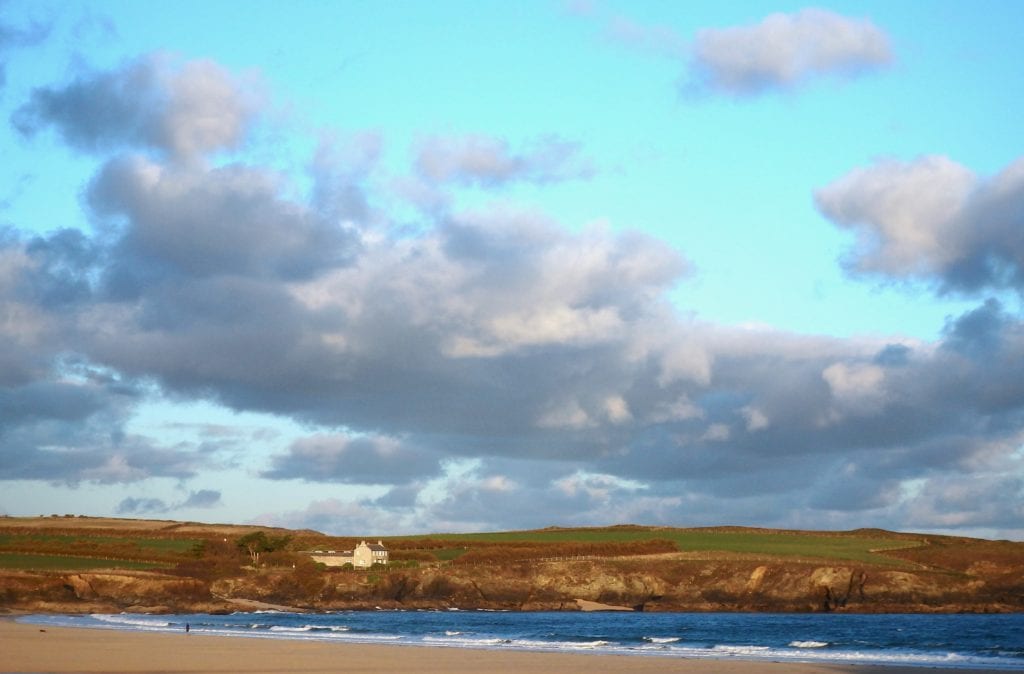 The north westerly wind is making for choppy conditions at Harlyn but then there’s not that much swell managing to find its way into the bay either.
There’s barely a foot of slopped and chopped little surf trickling onto the sand, so if you do want a surf today then it’s the other side and it’s not great over there either! 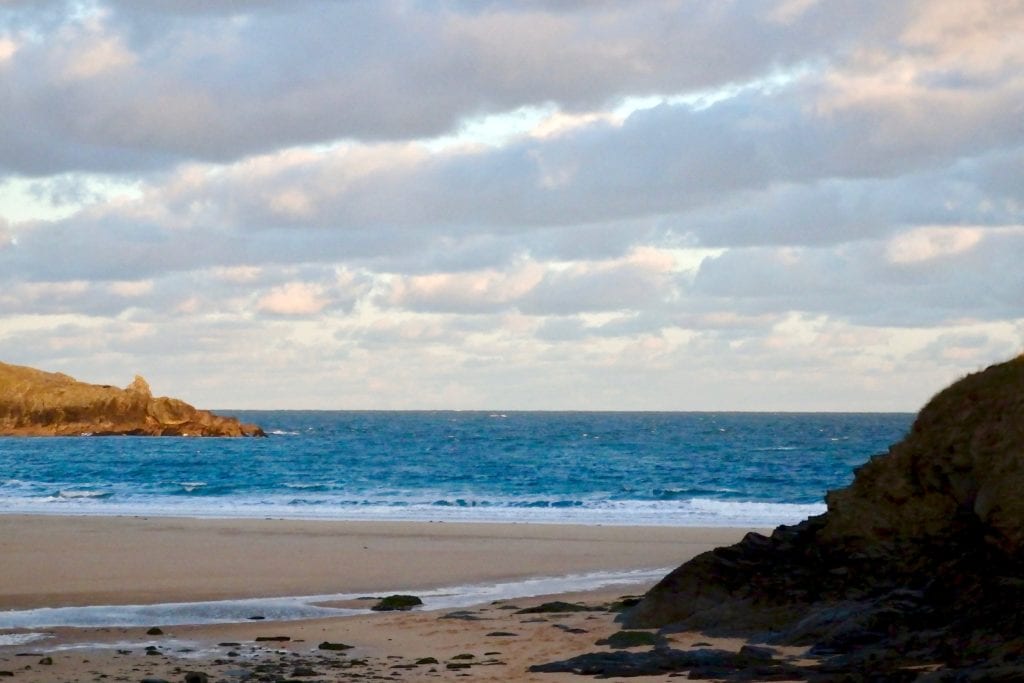 Light, light breezes should allow for some cleaner and smarter surf conditions today, the three feet or so of fun swell just having enough wave period to it to make it that little bit more powerful.
We should see some brighter weather too, if only for a while.