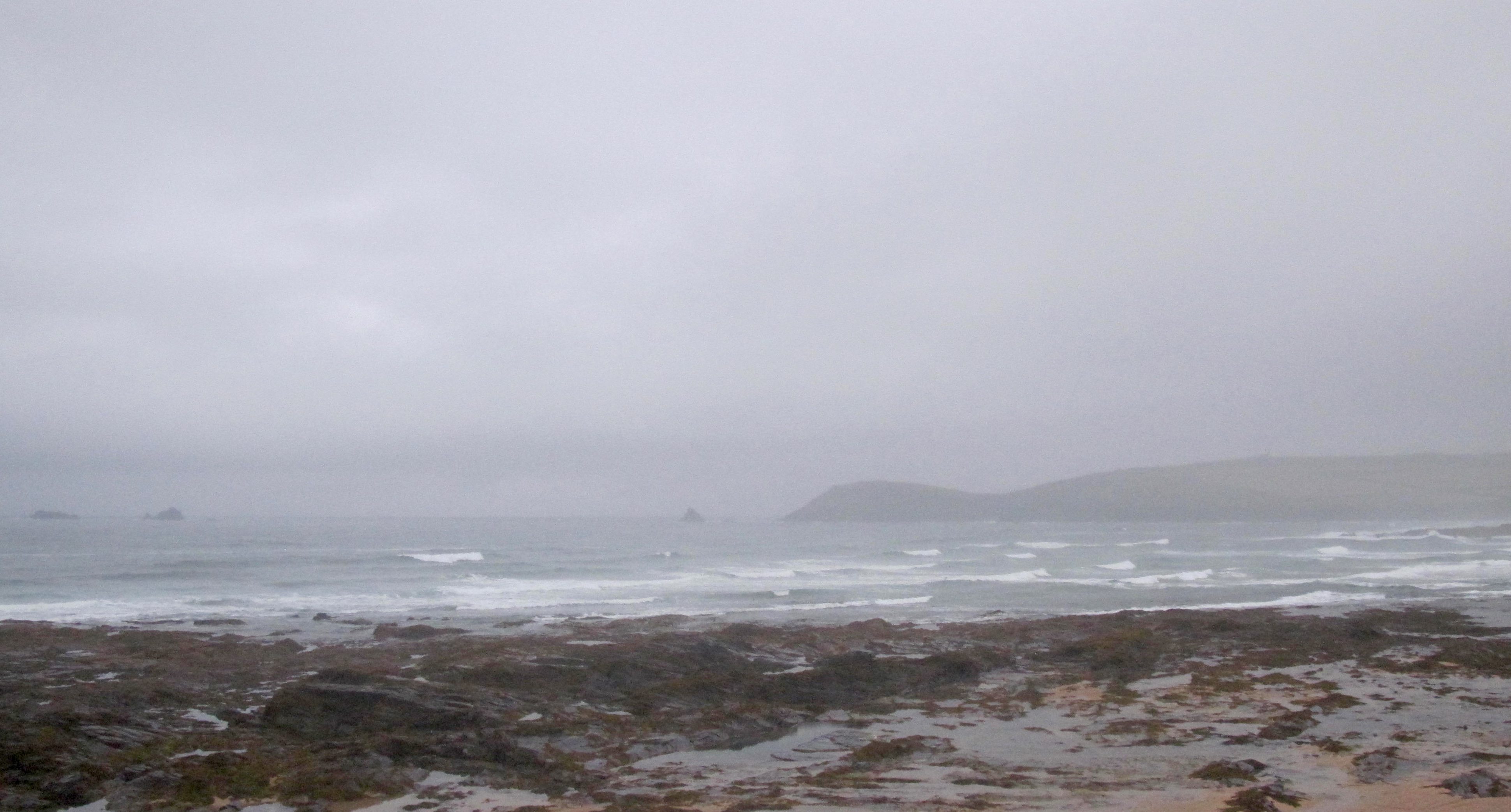 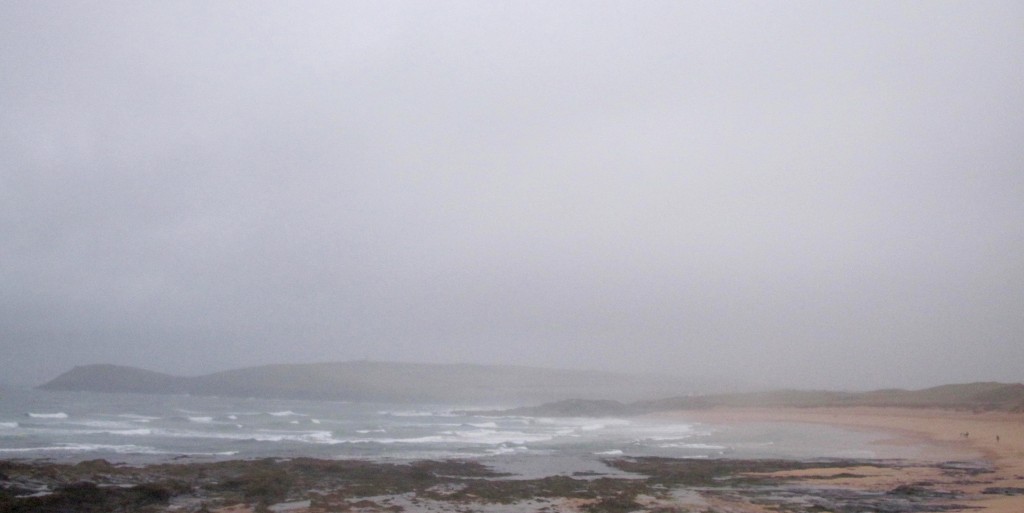 And it’s another damp and dreary start to a mild but heavily overcast and sullen day.
The breeze is light, a south westerly breath not quite chopping the two to three feet of rolling surf.
There should be some fun surf to ride, probably being better towards high tide but it is likely to be the keener guys who are going to get the most out of it today!
Things could brighten up later on but right now there’s not that much going on.

There are some really small waves washing in here this morning and they are clean and smart looking, that breeze being offshore but it is really small.
I guess that it might build a little towards high tide but right now it’s about a foot.
So, it’s that decision again, small but super clean Harlyn or bigger but much sloppier Constantine? 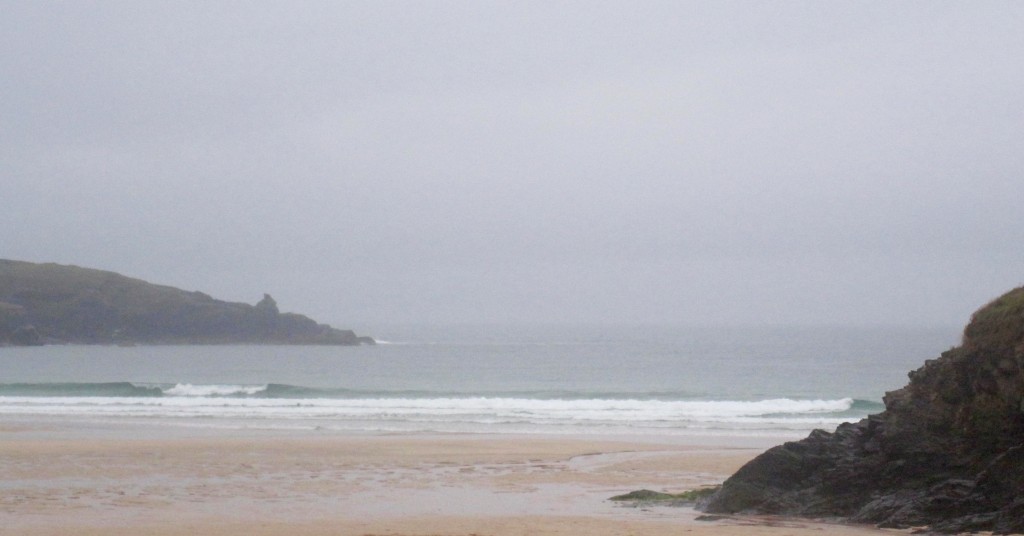 That south westerly wind looks set to continue through the day, steadily pushing in two to three feet of rolling surf, offering that same decision again; smaller but cleaner Harlyn or bigger (but not much bigger) Constantine.
It’s probably going to rain here and there again too!

Yet another low pressure system is cruising across the upper parts of the UK, spinning its rain and wind our way but not that much in the way of waves.
There’s likely to be three feet of wobbly and windblown surf at our main surf breaks for most of the rest of the week and into the weekend. But whether the surf will be big enough to get all the way around and into Harlyn, we’ll have to wait and see.
There is likely to be some surf getting in there but probably only small stuff and maybe only really small stuff.
Still, it is high summer and there is some surf, at least it’s not flat!
Yet.
Have a great week, wherever you are and whatever you’re doing!