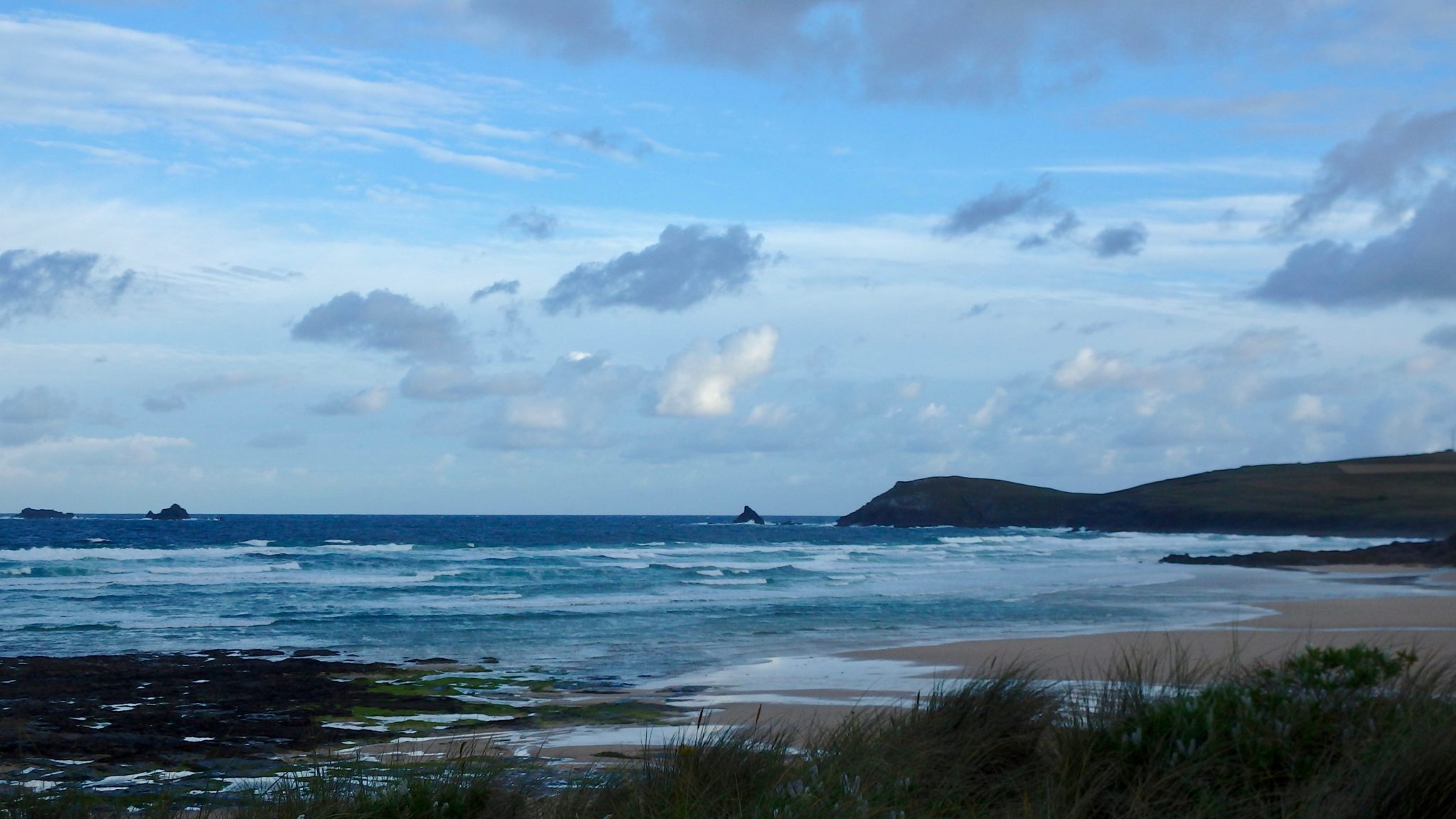 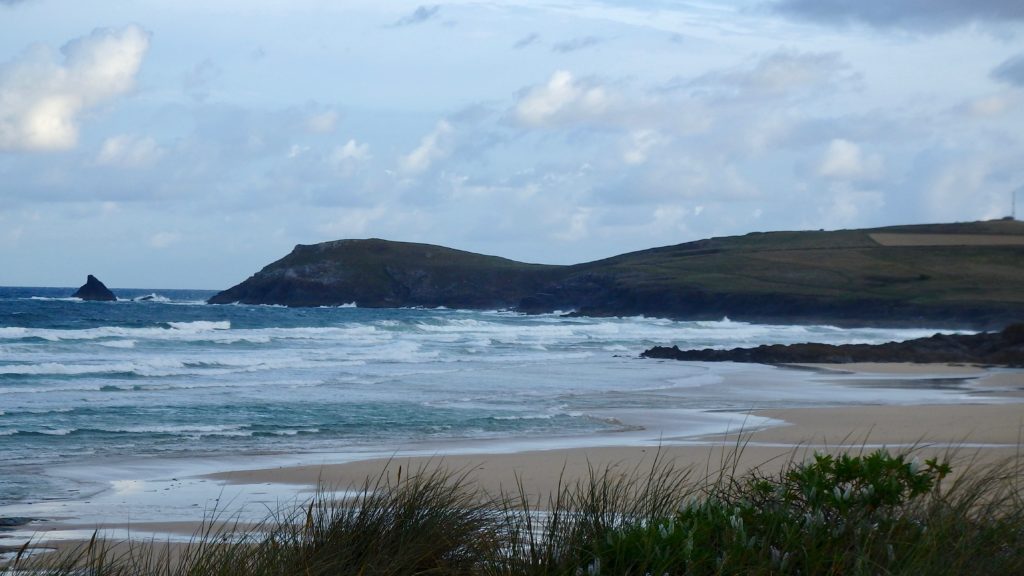 The wind is blowing and the sky has dark bits while the temperature is half of yesterday’s. There’s a touch of Autumn in this morning’s weather!
But the bright bits of the sky are bigger than the dark bits and the north westerly wind is forecast to back south westerly by lunchtime, so we should be enjoying a bright but blustery and mild enough day for most of the time.
The surf is bigger this morning with a three to five foot, rolling swell being ravaged by that hard blowing north westerly, onshore wind.
There’s not much to ride right now but when the wind switches there might just be a little wave over at Harlyn! 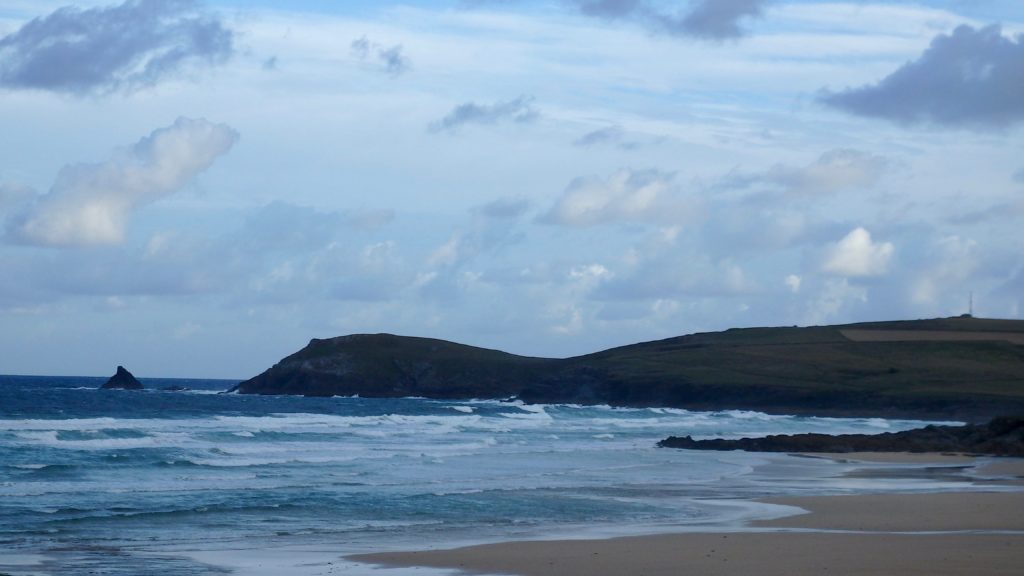 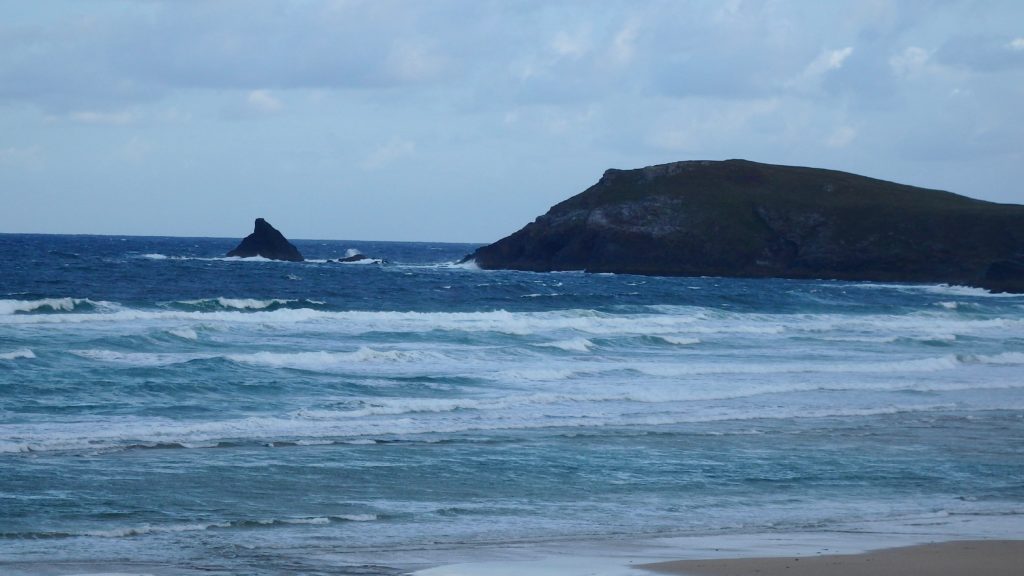 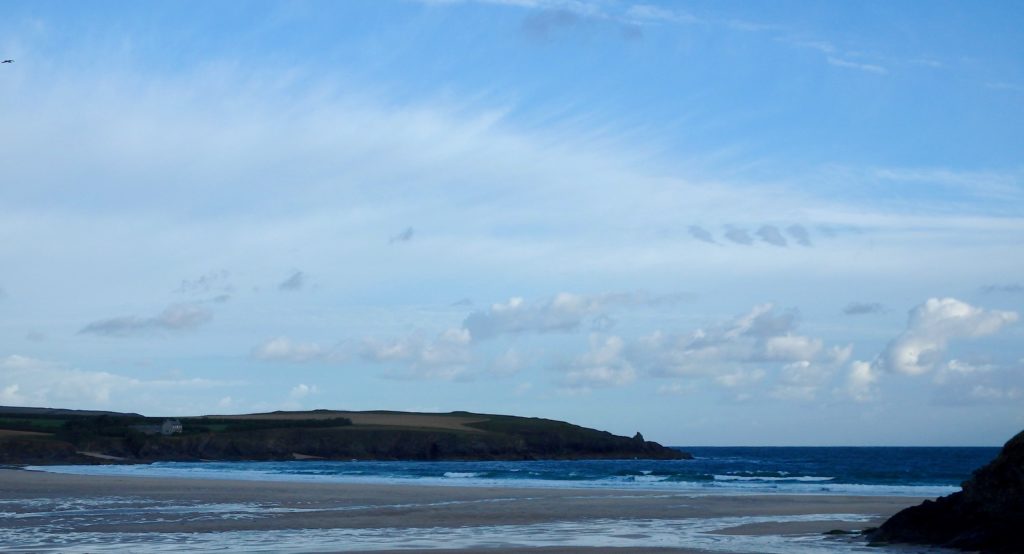 A couple of feet of grey and junky surf is being tossed ashore by that brisk north westerly wind here this morning, the wind gusting in from the dark blue Atlantic.
The forecast is for the wind to shift to the south west through midday and so we might just end up having some fun if small surf around here on this afternoon’s tide! 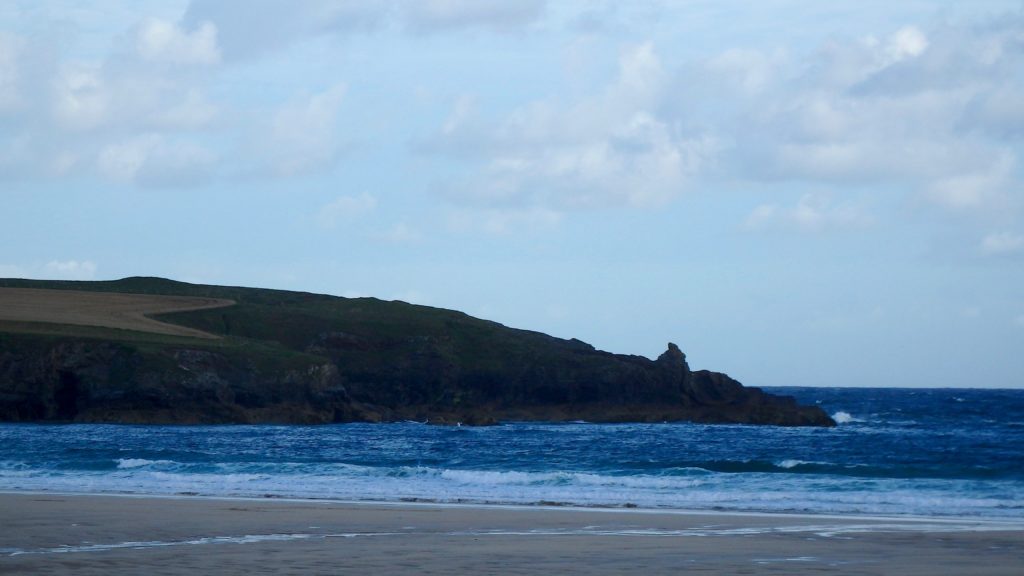 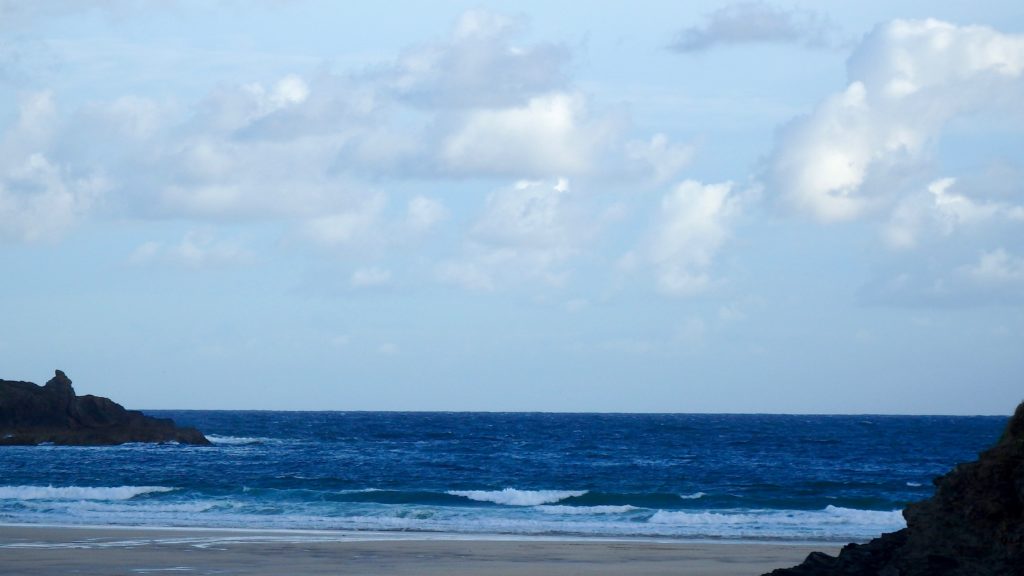 Three to four feet of wind messed swell is likely to continue to roll our way amongst some heavy showers here and there as well as some clearer skies too.  Small Harlyn is looking favourite for today, that wind coming from the south west which is offshore here.

Mainly onshore winds and more mixed weather are going to feature this weekend, that same windblown and rolling three to five foot swell pushing into the bays and coves all along the coast well into Saturday.
The wind is probably going to stay too westerly to allow Harlyn to be really good but it should be just about okay through Saturday, a couple to maybe three feet and bit crumbly and sloppy in the rain showers.
The surf is likely to be smaller by Sunday, that wind maybe staring the day in a kinder way, offshore for an hour or two at the main surf breaks early on but quickly settling westerly again.
So, a mixed weekend of just about okay surf and just about okay weather awaits!
The water is warm and the holidays are starting so have a great weekend, wherever you are and whatever you’re doing!