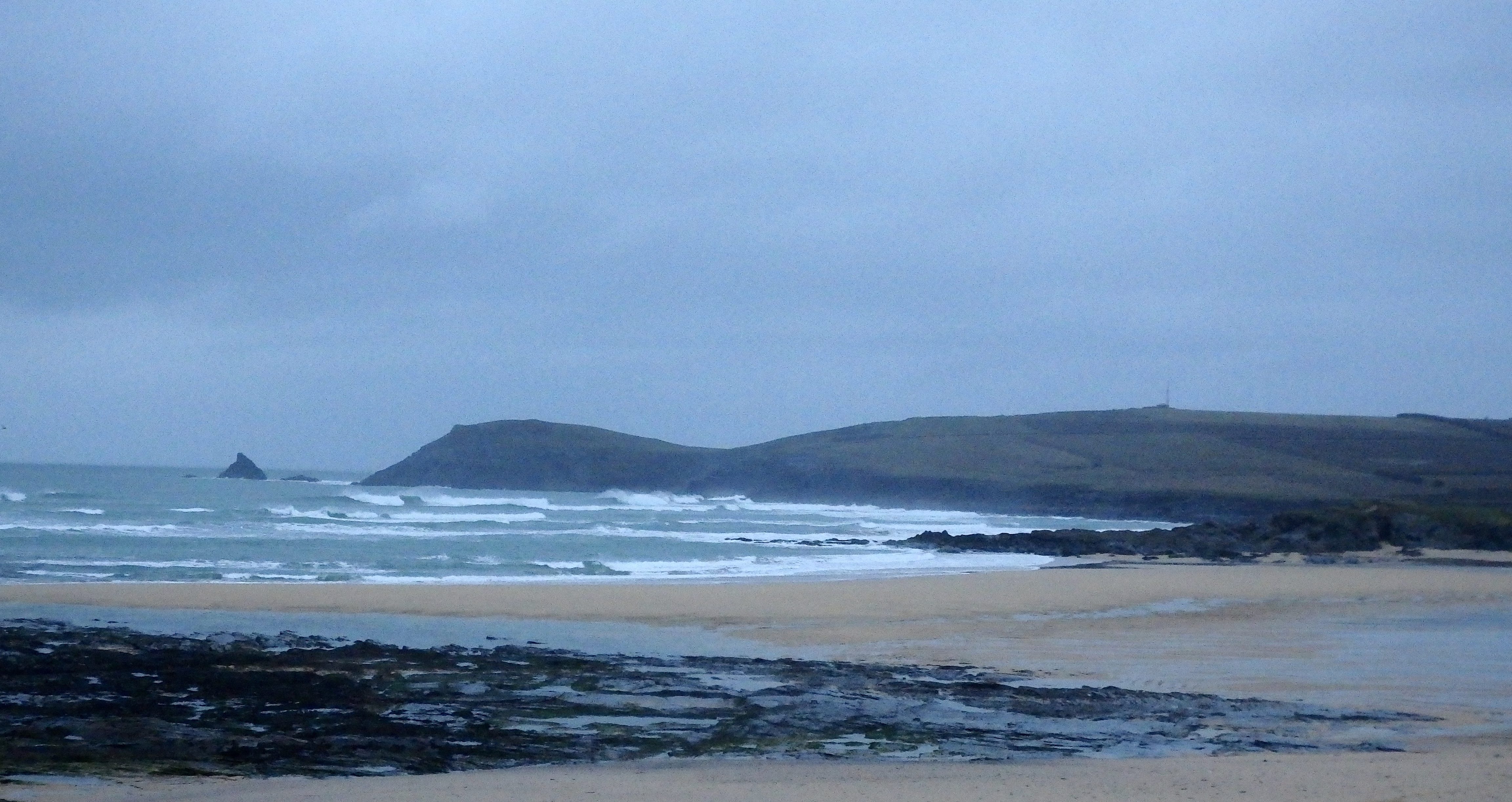 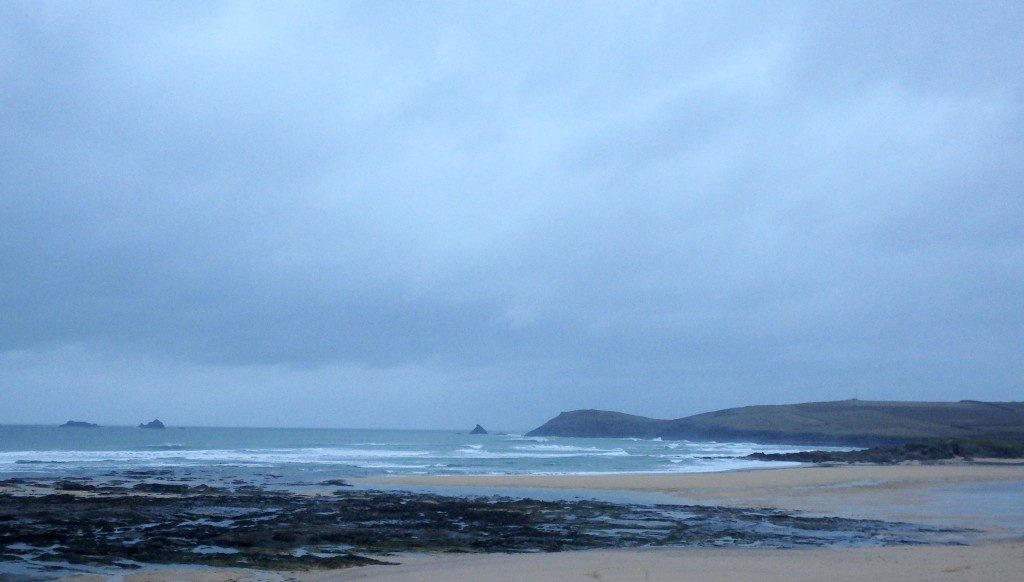 It’s a more blustery, greyer and damper start to the day this morning but it is milder too.
The surf is still rolling through with four feet of offshore bumpy surf curling itself off the headland. The wind is buffeting in from the south south east, a little stronger and a little more sideshore than yesterday’s wonderfully smooth conditions, so there are some churning and hollow waves peaking up before spinning across the bay but you can expect a bit of a bumpier ride today!
It might be worth exploring those places with a higher beachhead, somewhere a little more protected from those gusts, although there should be decent surf all along the coast again today, so you can just choose your favourite break really! 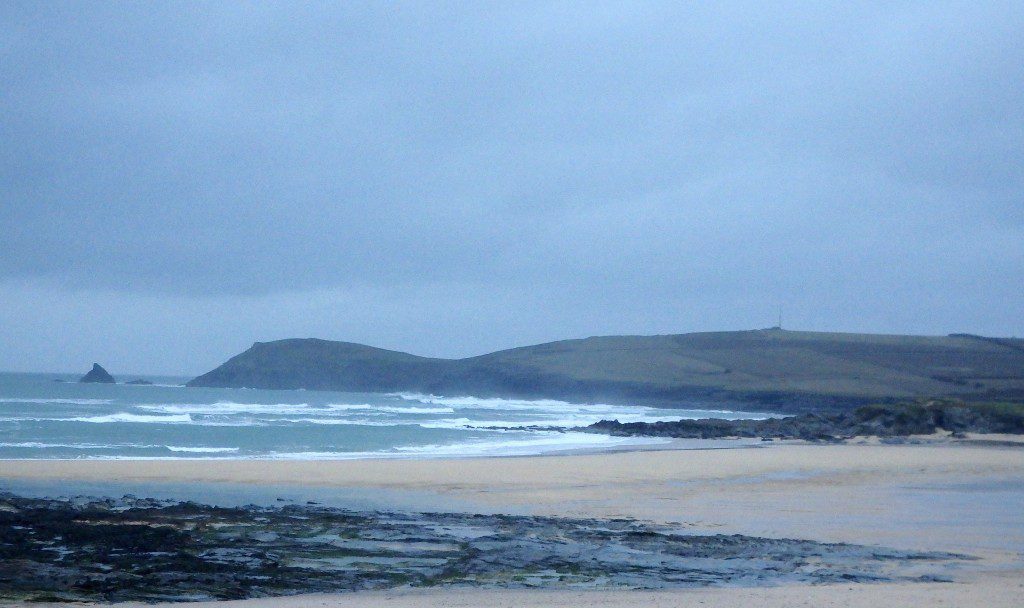 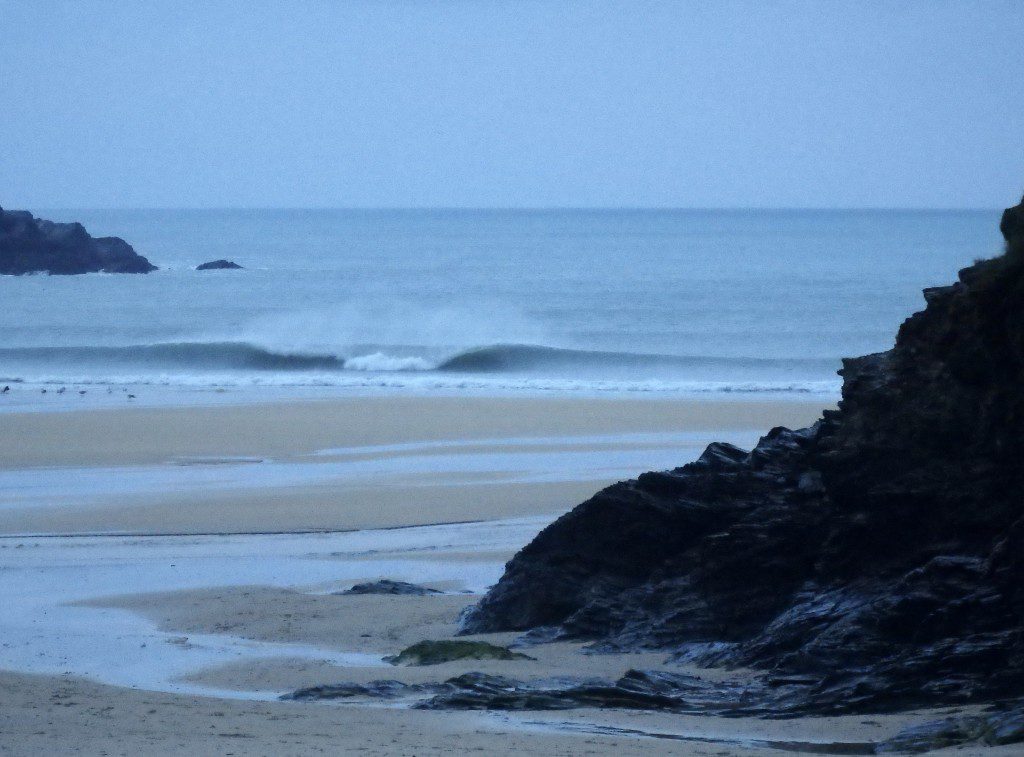 It is tiny here this morning, smaller than you would expect after seeing the other side.
Barely a foot of offshore wind moulded waves are hitting the shallows, curling hollow in the wind and slapping the shore with some force. But it’s not much bigger than a foot. There might be slightly bigger one wave set every ten minutes or so but generally it is tiny.
I guess that it might build a little with today’s tide but the other side of the headland is rocking ’n rolling already, so it makes sense to choose your favourite break on that side of the headland today!
Which is a shame because that wind is really smoothing some very pretty but very little barrels here right now! 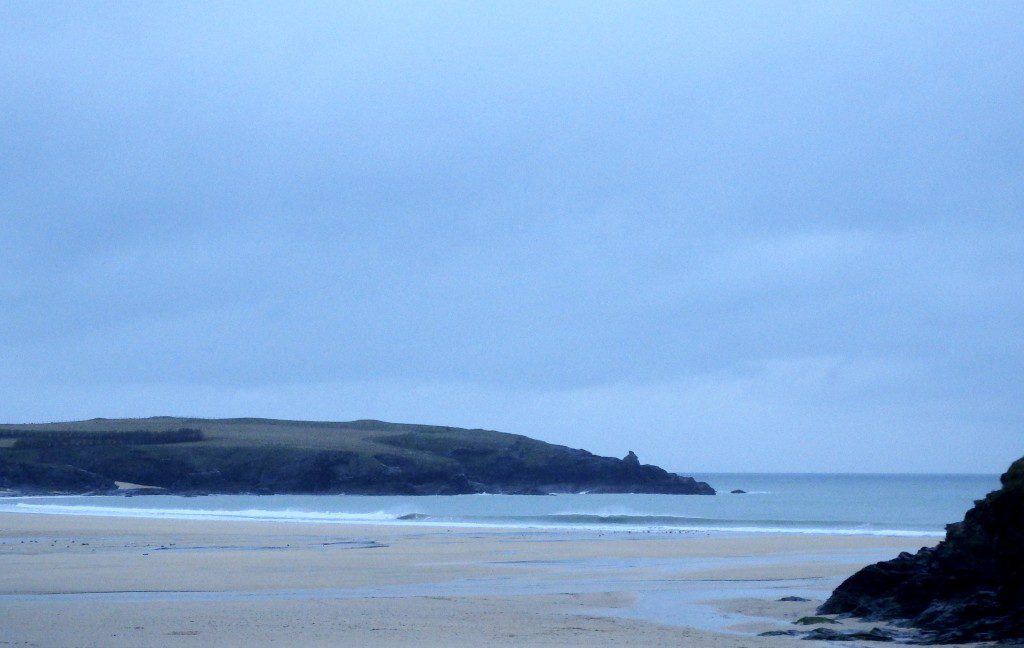 The wind is likely to switch today.
Those smoothing offshores are going to be replaced by gusting south west going westerly winds as the day goes on.
That should help to drive more swell our way, especially through the afternoon tide. So Harlyn looks like being the place to dance today, three feet or so and offshore becoming bigger and getting more of a warp to it rather than a distinct bump.
It should still be good though!

And back we go to bigger swells and stormier conditions in readiness for the weekend!
Friday is likely to start out with Harlyn beginning to reawaken after a few days’ nap.
A couple to three feet, getting bigger by evening with a south westerly wind swinging more westerly through the afternoon.
By Saturday the swell should be pummelling the coastline once again, with fresh winds blasting in from the south, maybe south sou’ west to start.
So Harlyn should shine all day long with steady offshore winds hollowing out the three to four feet and building surf.
By Sunday the surf should have found its rhythm, a steady four feet plus of open and hollow surf grinding into Harlyn, just to remind us, once again, that even if it doesn’t feel like it, it is still Winter!
So, another weekend of grinding Harlyn barrels awaits under a brighter sky on Saturday but with plenty of showers on Sunday.
I won’t be around this weekend, Cheyne is opening the shop on Saturday though. So no surf report through this weekend!
Have a great week, wherever you are and whatever you’re doing!