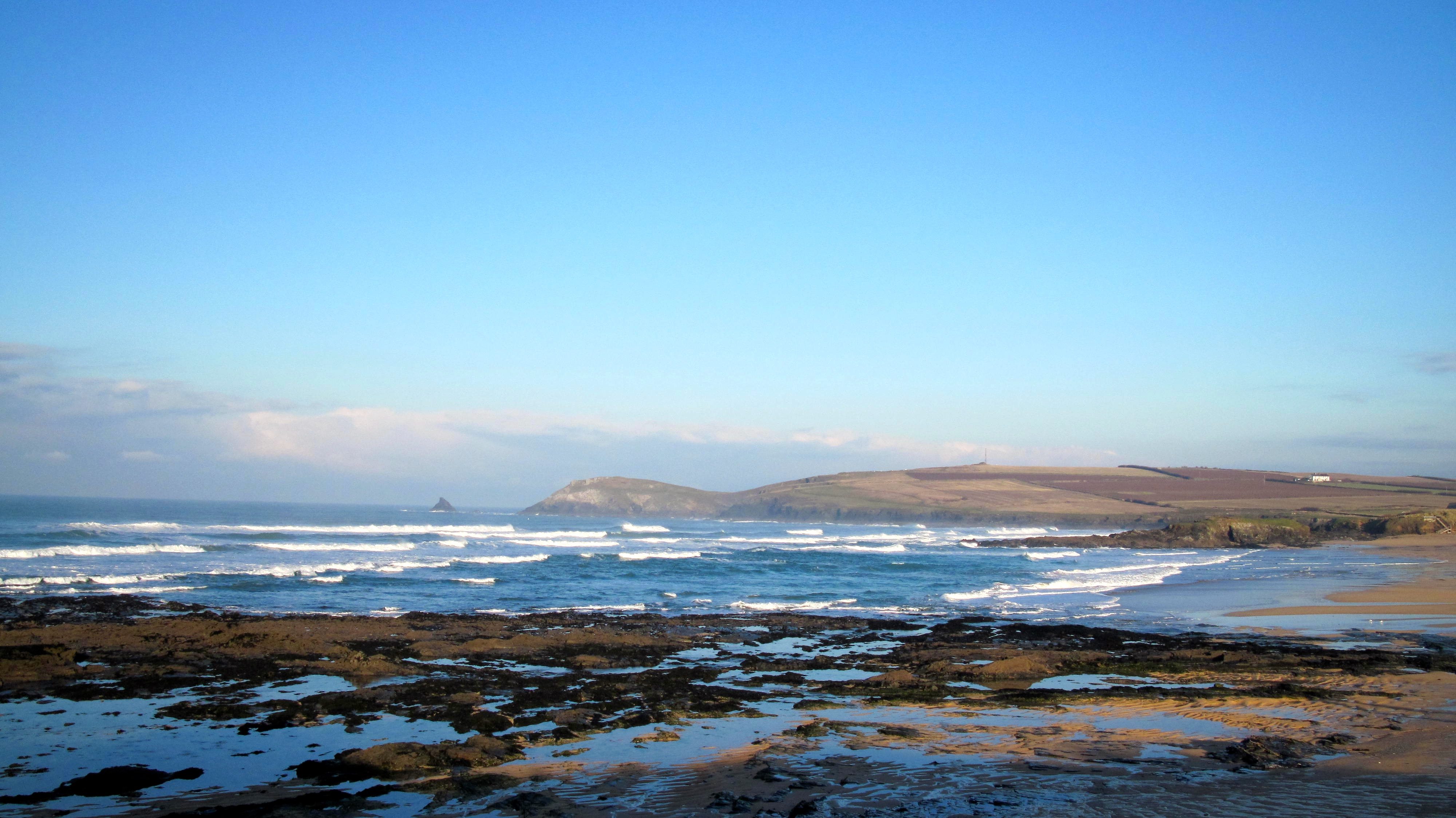 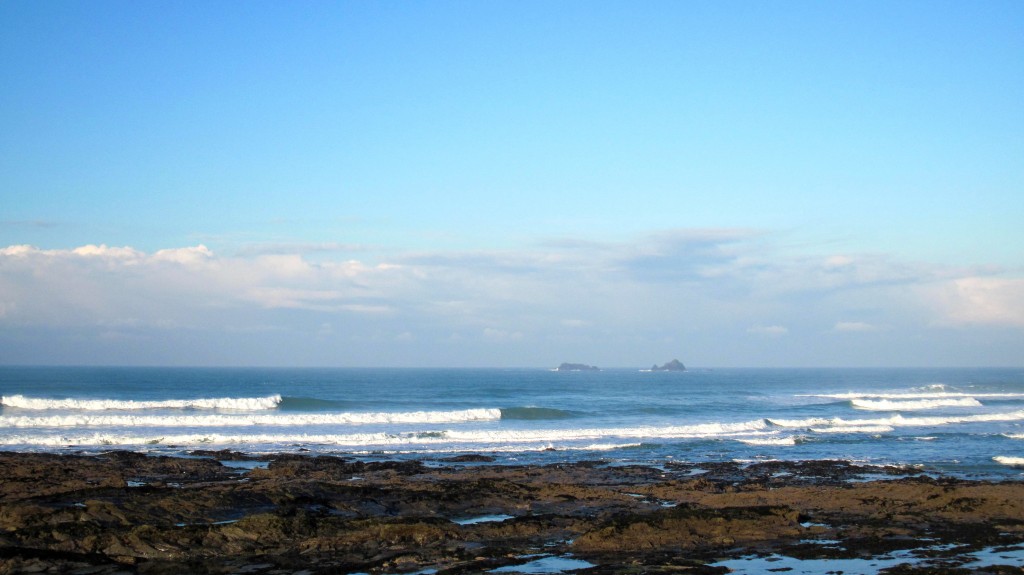 Somewhere along this raggedy little coastline of ours is enjoying some supreme surf this morning!
Unfortunately, it’s not here. Not yet anyway.
Sorry for the late one again – another early morning shuffle into Truro to watch the commuters. But now the day is free!
There is a patchy four to maybe five feet of swell peaking and cresting here and there, the breeze super light and offshore, the tide a third of the way out. And so it is a little big for itself with those tidal rips not helping, while the wind isn’t quite steady enough to help the shape.
All the ingredients are there but it’s just not quite the gluttonous pie that we dream of! But give it an hour or two and it should be a whole different world.
The forecasts are showing a still light but steadier more direct offshore breeze by late morning and that should have a pleasant grooming effect on those waves. And once the tide turns in early afternoon, there should be a bit more structure to it all as well.
Mind you, with such a fabulously bright and cheerful, winter blue morning upon us, I think that it might be worth taking just a little drive to a choice of a few breaks that should be on the boil already!
Just a little further up or down the coast should reveal some crisper and cleaner, more organised surf, maybe a tad smaller but no worse for that.
Then again, you could maybe get a couple of sessions in, if you’re keen enough!? 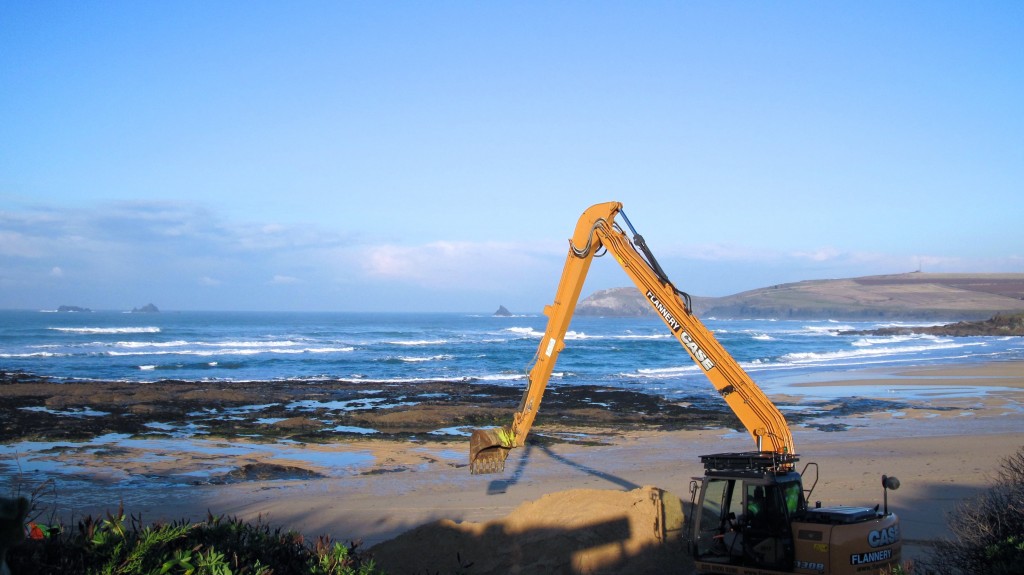 Can you dig it!? Nothing like waiting until the winter swells have piled tonnes and tonnes of sand up against the headland before deciding to carry out some remedial work. This could be a thankless task in the making! 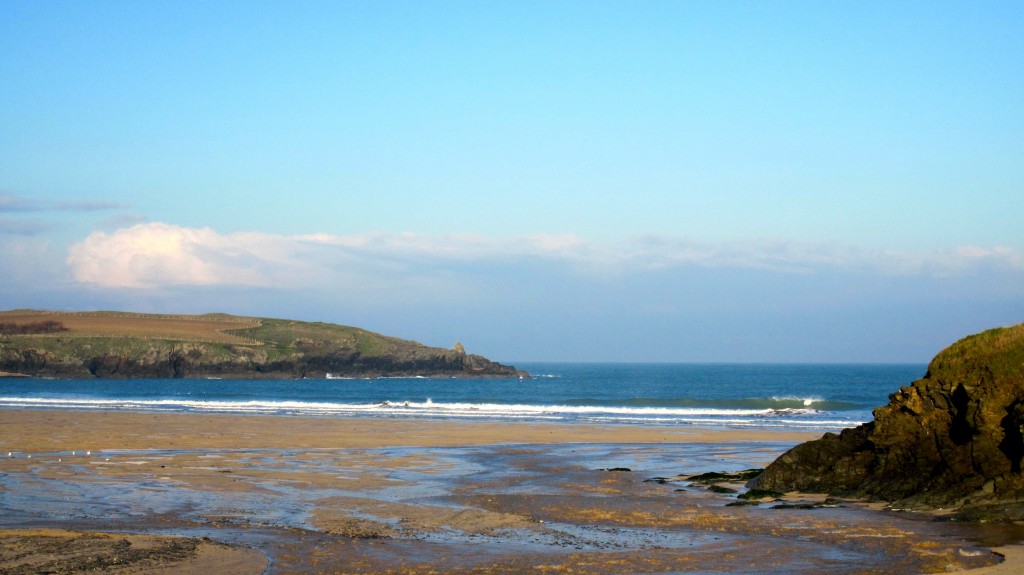 There’s a couple of feet of slightly bumpy surf casually sauntering across the Rock, not as crisp or sharp as it might be later and pretty small too.
Occasionally there is a bigger set, three waves crumbling larger, probably sneaking up on you when you’re out there.
But the tide is on the drop, the wind is likely to steady itself and the swell should even out as the morning goes on so, as with the other side, this afternoon could have a better look to it.
After saying all that, there are going to be several places that should be breaking a whole lot better than here today, a few of them not that far away either!

The wind is likely to have settled to the south west by this morning, strengthening through midday but not as strong as some of the recent blows that we have endured.
The swell is likely to be in the three feet size scale and so we are probably looking at small but pretty Harlyn to surf today.
I think that it is safe to say that we should be enjoying a couple of feet of regular winter Harlyn conditions all day long, bigger and better on the afternoon incoming tide but maybe a little snappier on the morning drop.
With some early morning sunshine to cheer us up as well, it could just be fun in the morning.
Make the most of it though, that rain will be back by the afternoon!

Those deep lows are continuing to track across the northern atlantic, spiralling to the north above us while spinning loads of swells across the seas.
And so it’s still a case of finding somewhere that will receive those swells while protecting the shapes of those breaking waves.
This week those lows have been much further away tracking way up to the north, at least allowing some calmer conditions locally for moments, finally slipping offshore for Thursday.
Thursday should be a good day, five foot, offshore with some bright and cheery winter sunshine.
Make the most of it though, that wind is likely to switch back onshore quickly enough, south westerly for Friday, letting Harlyn show some small but clean surf, then sliding to the north for Saturday, settling back to westerly by Sunday.
So the weekend is looking a bit mixed but with plenty of waves. While Saturday might end up being a bit ‘so, so’ for surf, Sunday is promising to be a bit of a typical winter Sunday at Harlyn Bay, three feet, offshore with a mid-afternoon low tide. There promises to be plenty of sand sucking barrels out there all day long!
Have a great weekend, wherever you are and whatever you’re doing!