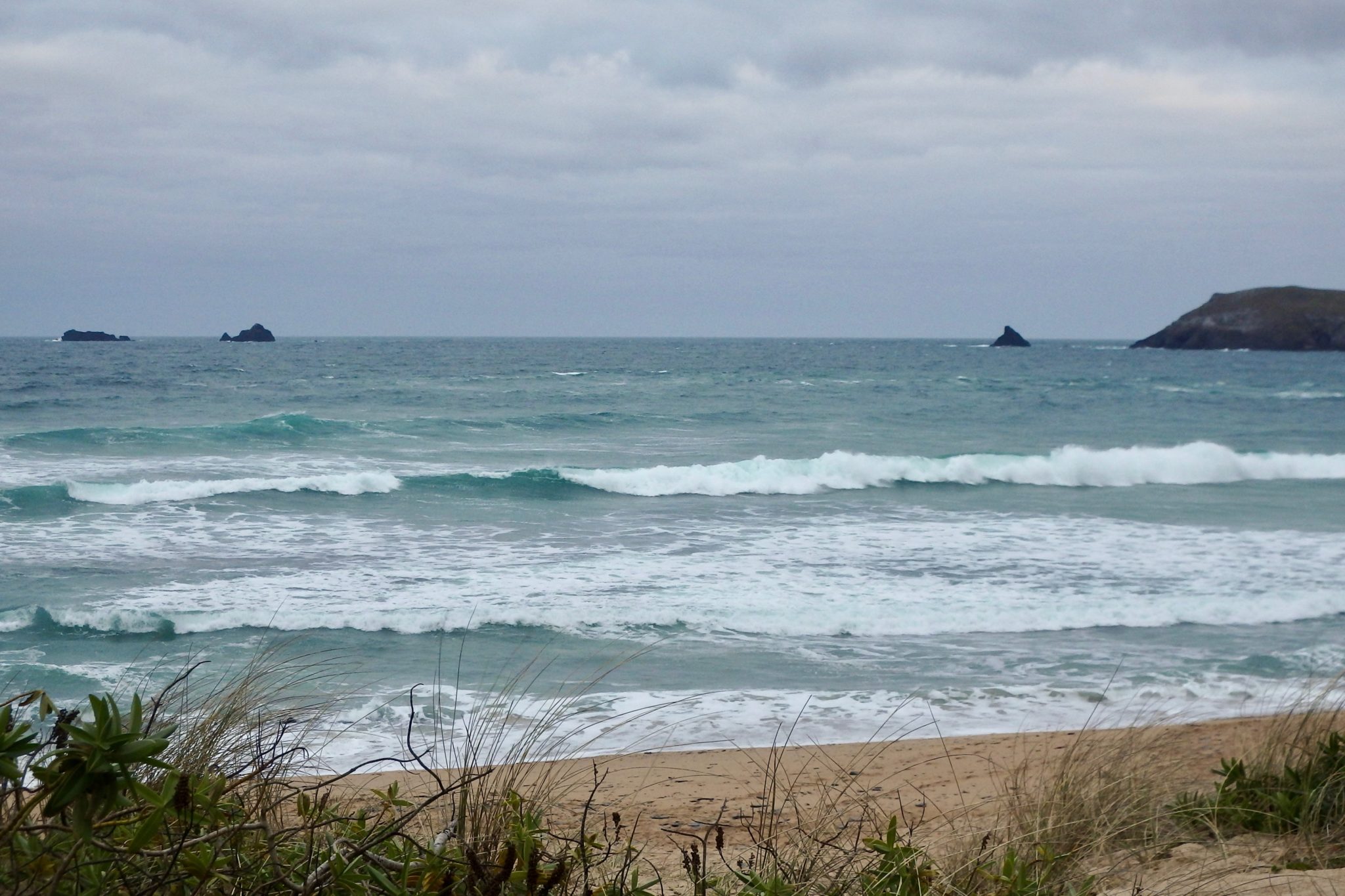 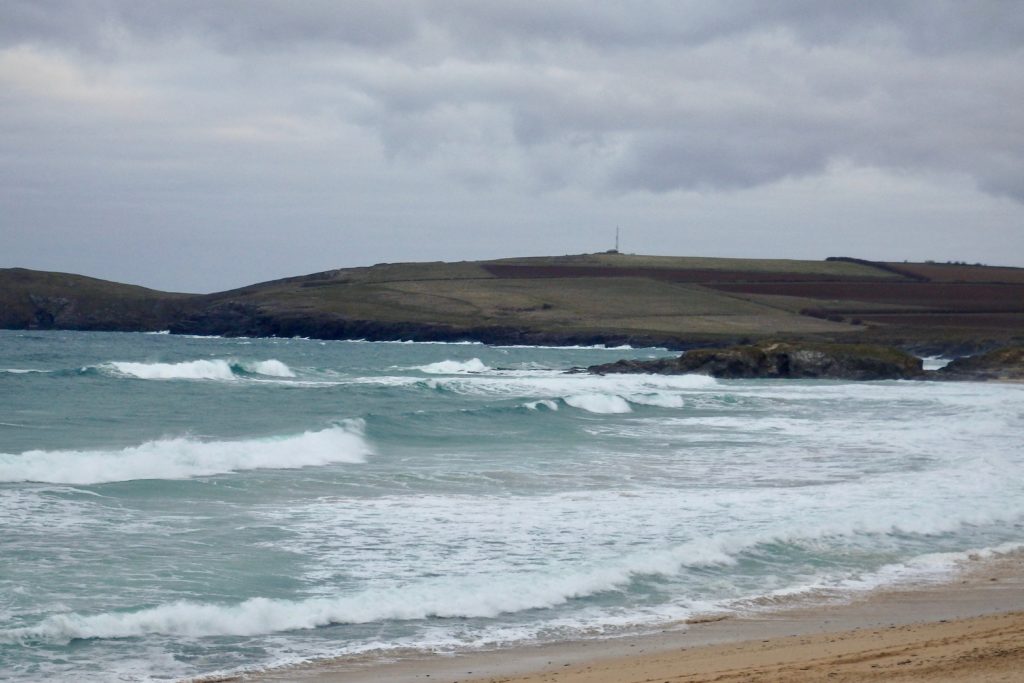 A mainly grey sky is covering us this morning, a steady west sou’ westerly breeze just putting some surface slop on the three to four foot swell that’s rolling through.
the tide is a little too high to allow it to break as well as it should on the drop but there are still those occasional fat and rolling peaks that are looking quite attractive.
These conditions should be pretty good for Harlyn if its big enough though, so let’s have a little shuffle over there….. 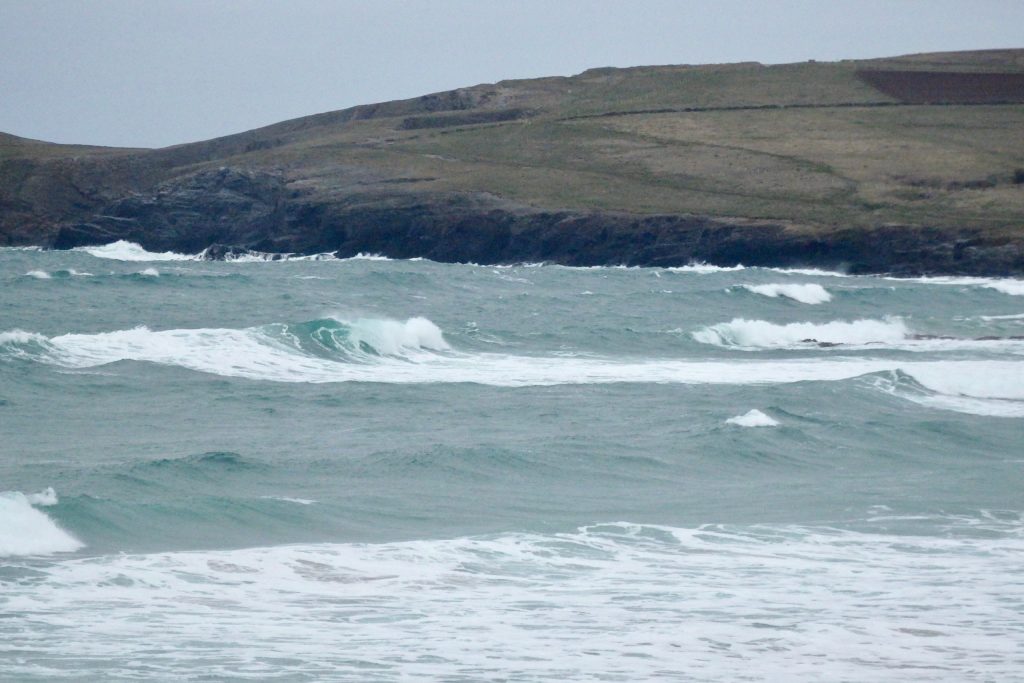 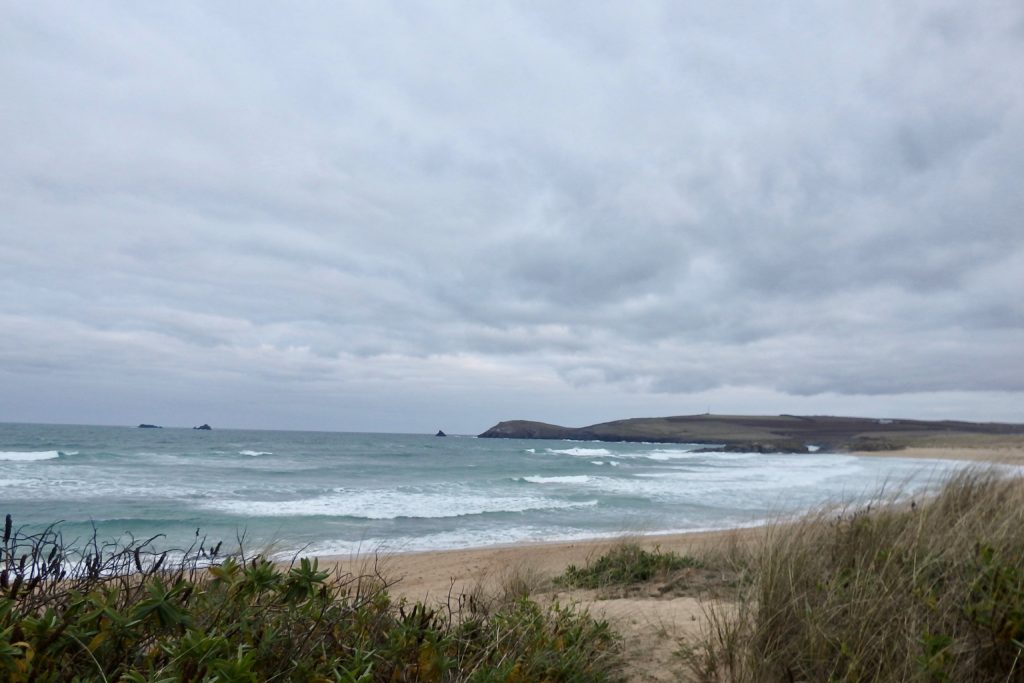 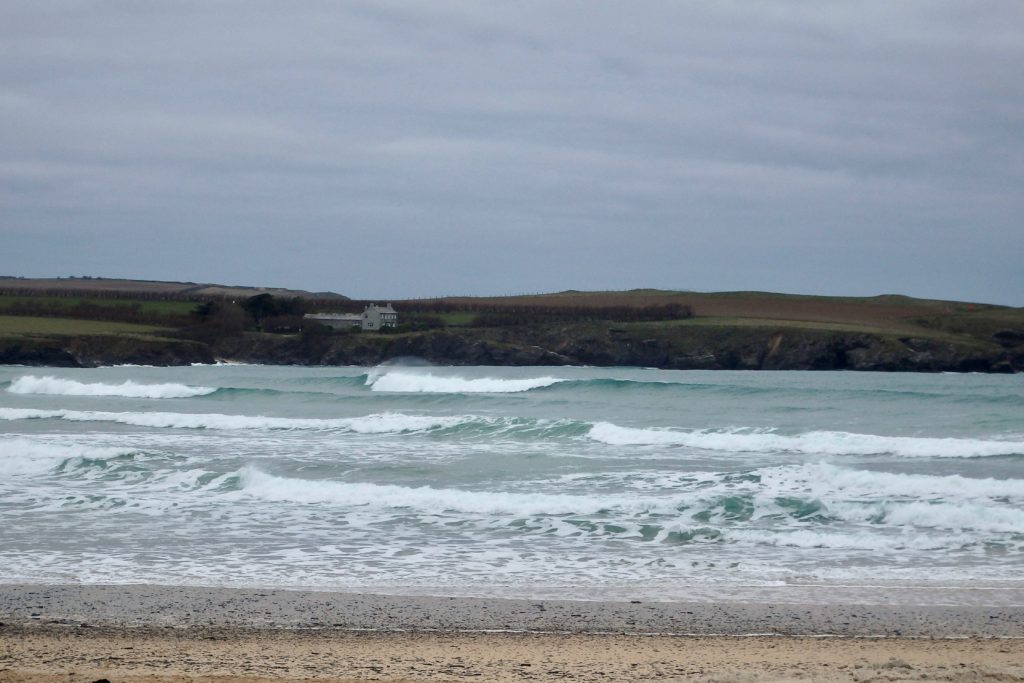 A couple of feet of still fairly bumpy waves are shuffling into high tide Harlyn this morning with a long, long gap between sets and some of those set waves being way bigger than the rest of the surf.
We should see an improvement in shape on the dropping tide and maybe a slight increase in size on the rising tide this afternoon.
Yep, it’s looking promising for some surfy fun here today! 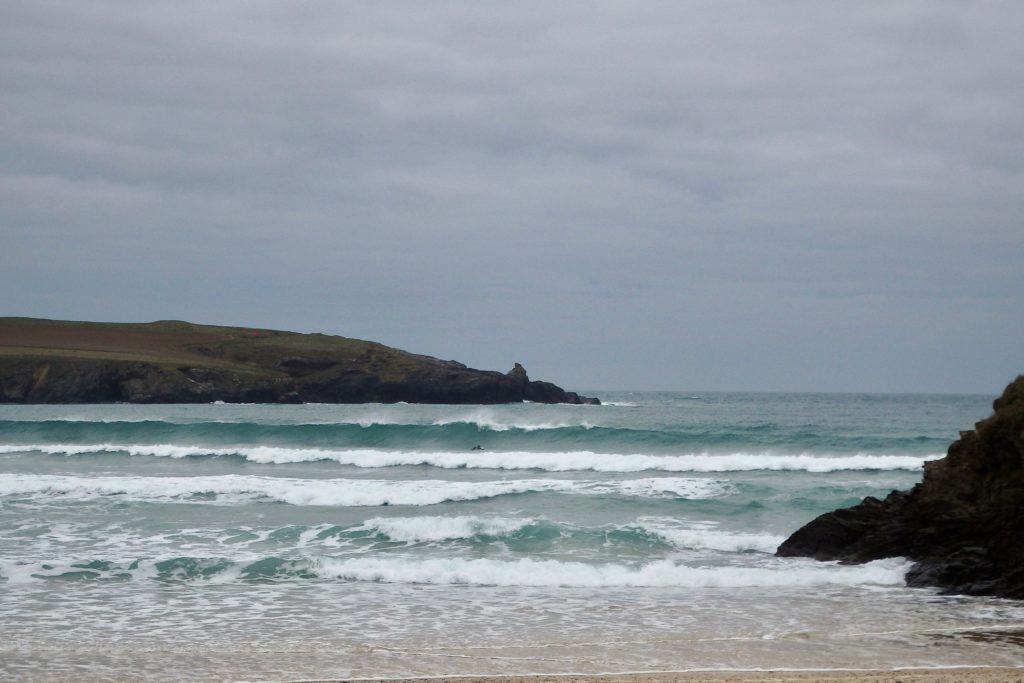 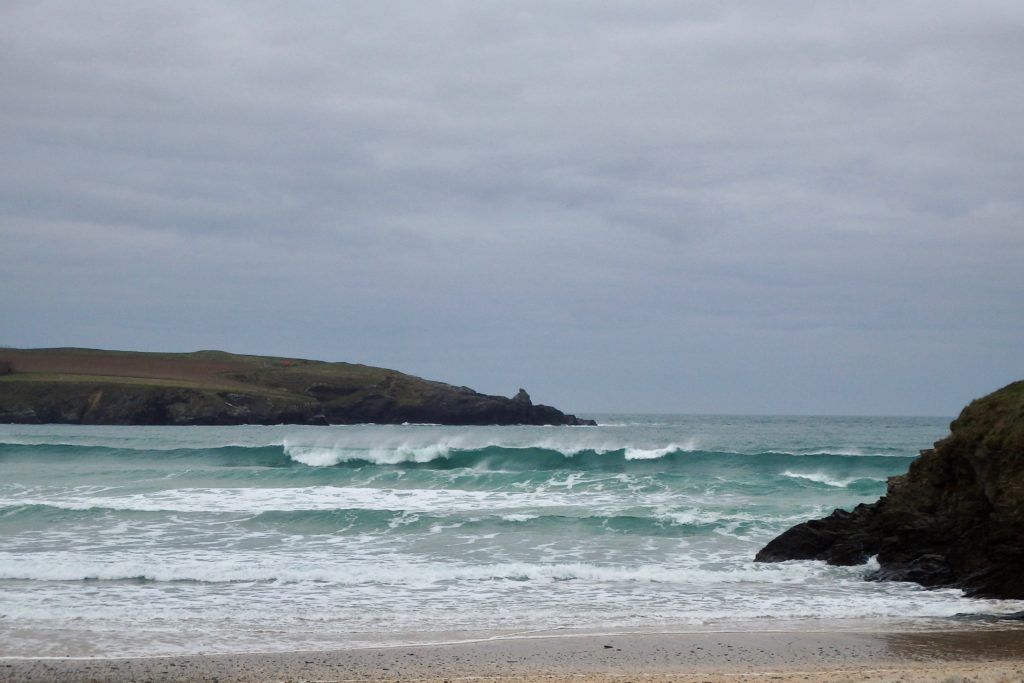 Westerly winds are going to be ushering in a thick six feet or so of thick and solid, if a little bouncy swell.
Lumpy waves are going to be on offer, much bigger at the breaks that are open to the swell still a little bumpy at the sheltered spots until late afternoon anyway.
And then there is that chance of an evening clean clean-up.
The wind could just drop through late afternoon while becoming much more offshore at Harlyn, making for really good conditions. If you are starting a weekend break or diving in for an after work session it could just become really very good!

A bright and lightly breezy weekend is waiting for us this weekend, that same thick and rolling five foot plus swell continuing to push our way.
It’s a bit of a shame that the wind is likely to remain from the north west throughout the weekend but early morning and late evening could just offer some cleaner conditions, with the chance of some really good waves coming our way on Sunday evening.

And this should be the last weekend of our Winter Wetsuit Clearance Sales so if you are over this way then it could well be worth your while to drop in on us for a top notch wetsuit at supermarket prices!

Have a great weekend, wherever you are and whatever you’re doing!