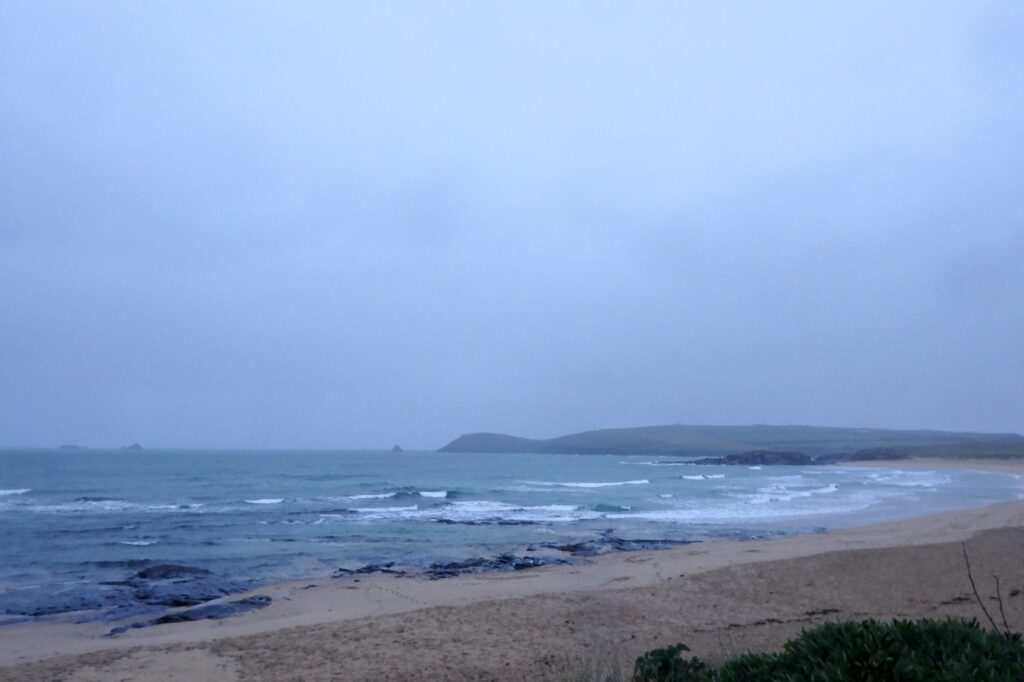 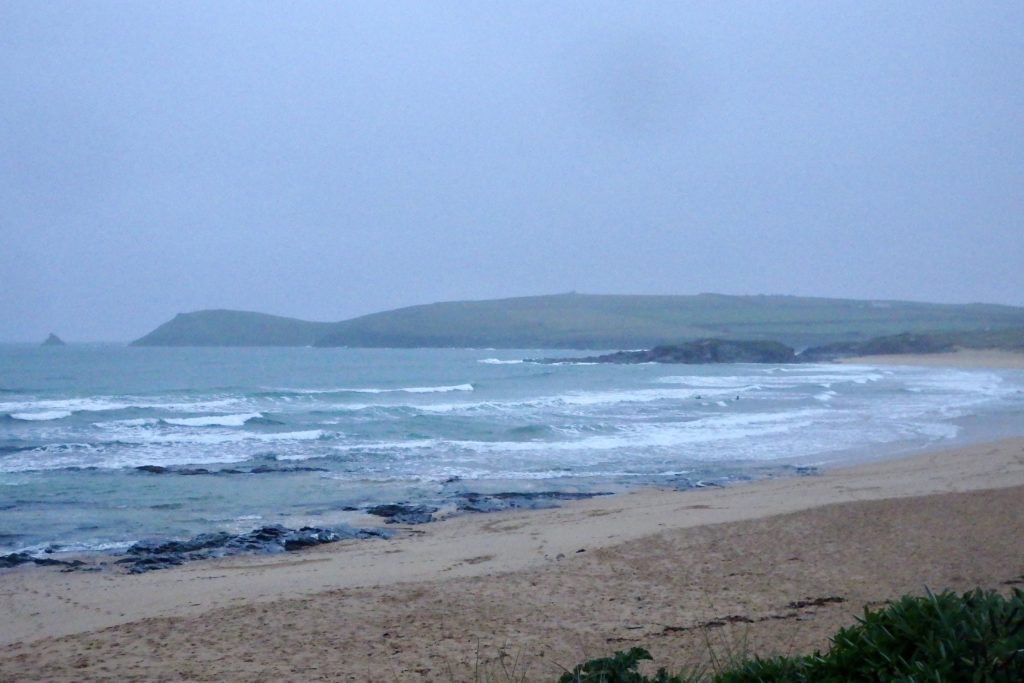 Light but steady rain is drizzling across the bays this morning, the air temperature a little chillier again in the northerly breeze.  But that sky on the other side is quickly brightening, a silver light spreading something brighter for later.
In the meantime that same couple of feet of wishy washy little surf is slopping its way ashore, well worth getting wet for but hardly the stuff of myth or legend. 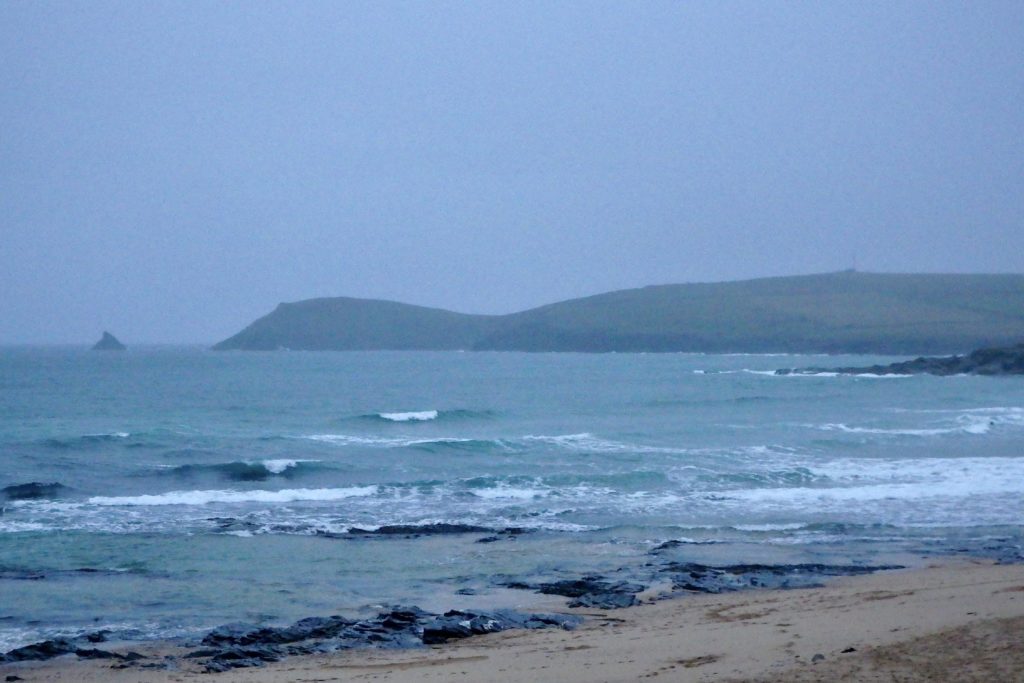 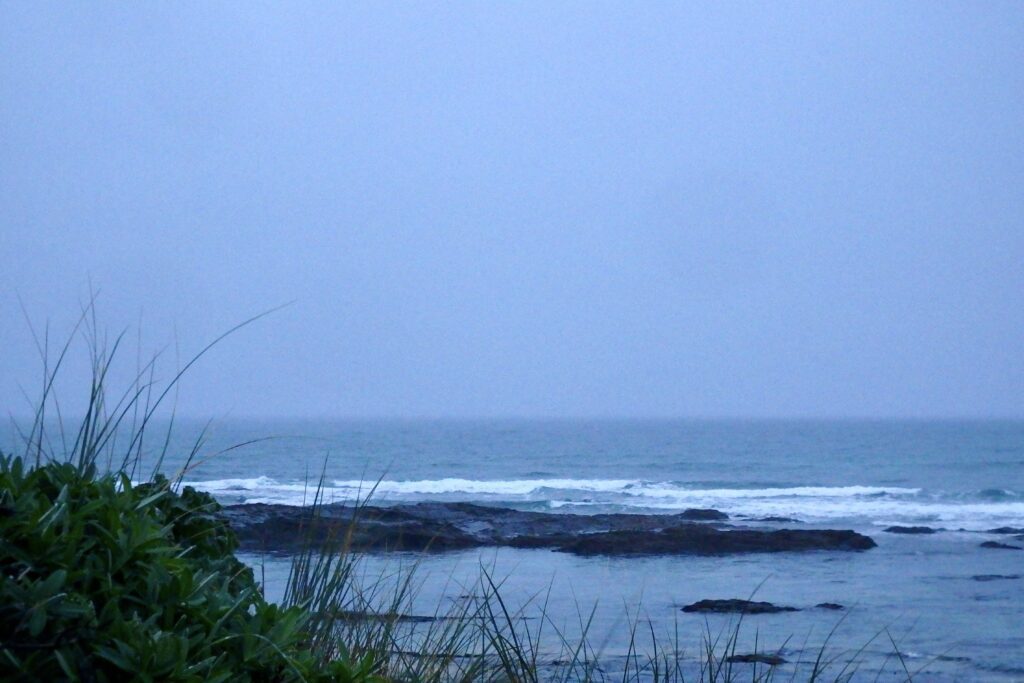 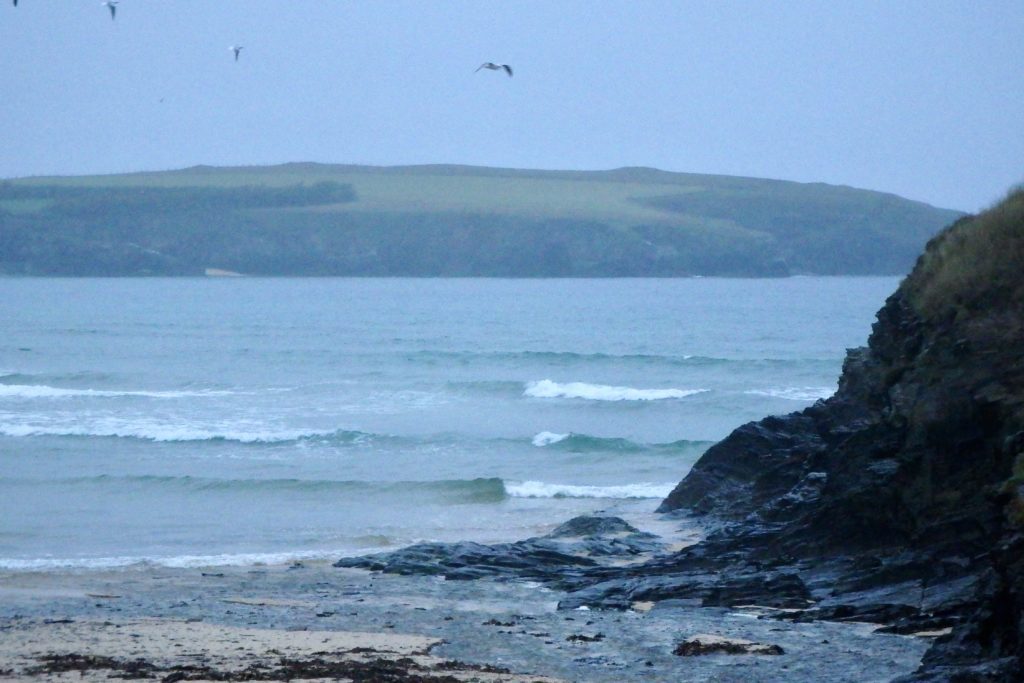 There’s very little surf at Harlyn this morning as that lazy tide starts to lap towards higher water, a foot or so of weak and wobbly little waves bouncing their way in.
The other side isn’t that great but it is a whole lot better than here today. 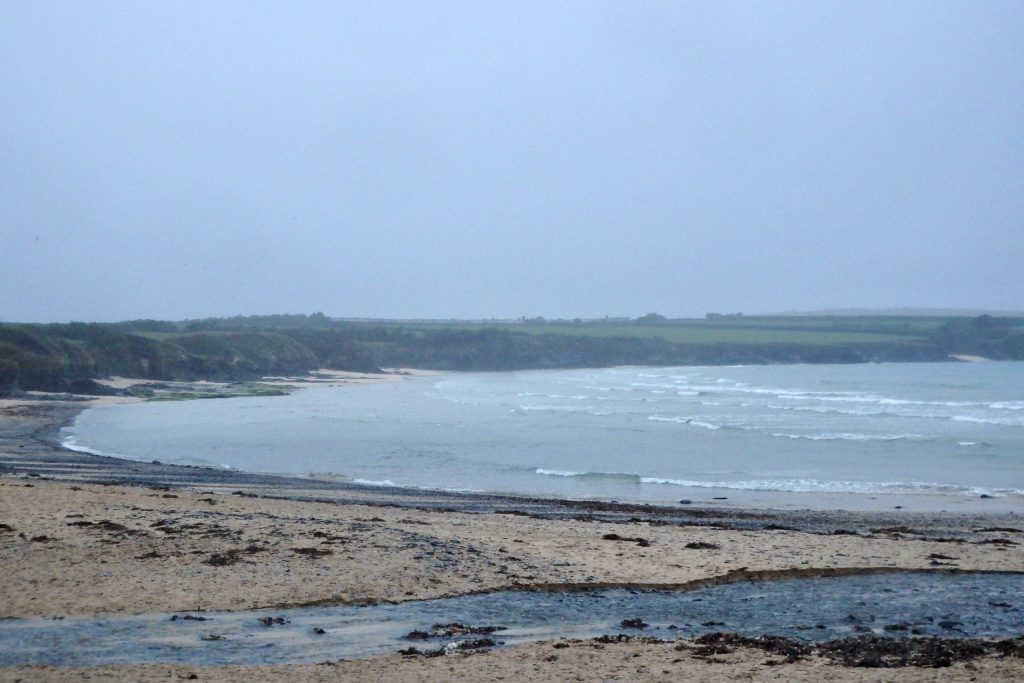 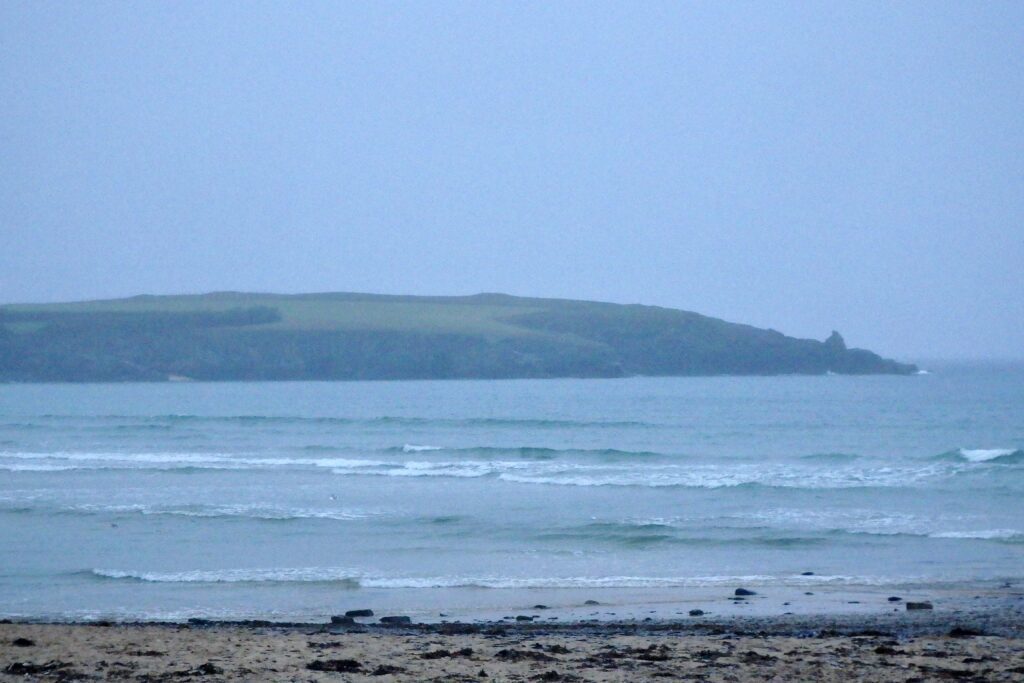 Light westerly winds are going to continue to slop the small and already quite weak little surf, the better news being that those little waves should strengthen and double in size through the afternoon.
Some pleasantly brighter weather should make it all a little more inviting in the afternoon too.

A deep area of low pressure is set to sweep up the North Atlantic as Storm Epsilon flexes its muscles this weekend!
And that could just swing a whole lot of big, big – really big waves our way!
So Saturday should start out reasonably enough as Harlyn showcases a fun three to four feet of offshore blown and hollowed, crunchy surf. But as the wind strengthens, still from the south west, the swell is likely to double in size and then double again. And then by Sunday it is likely to be bigger again.
So as south westerly gales blow hard onto the coast and mountainous seas tumble and crash ashore, it might just be worth taking a moment to wonder whether you might want to be unleashing the kids into that maelstrom as the school half-term holiday unfolds.
Lifeguards are on all of our more popular beaches but there’s only so much they can do, especially if conditions prove to be as exciting as promised!
On the other hand if your fitness levels are twitching and you’ve already experienced a little taste of the wild and roar power of an out of control Atlantic swell, then your time has come!
Stay safe, stay happy, stay well and have a great weekend, wherever you are and whatever you’re doing!