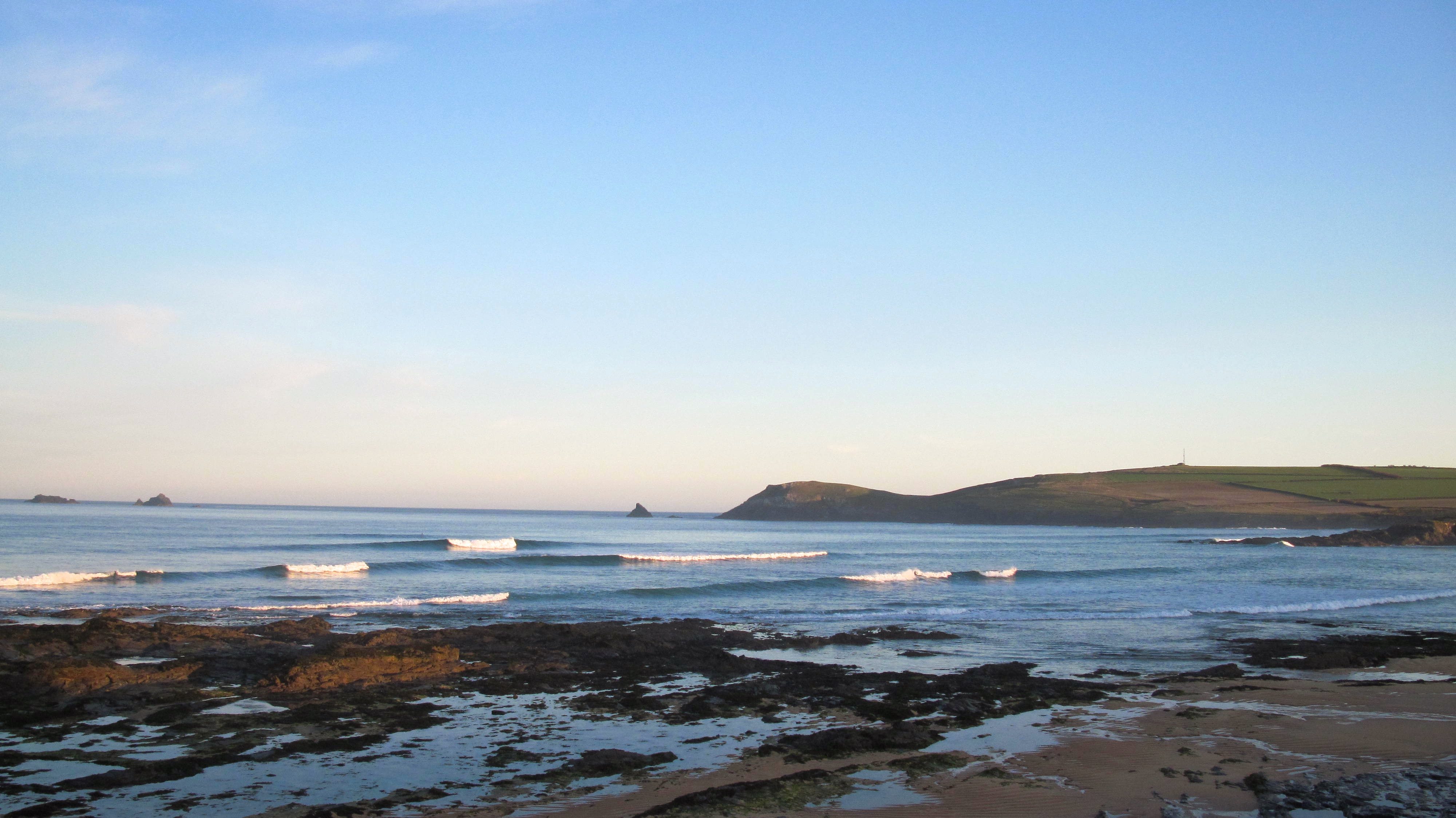 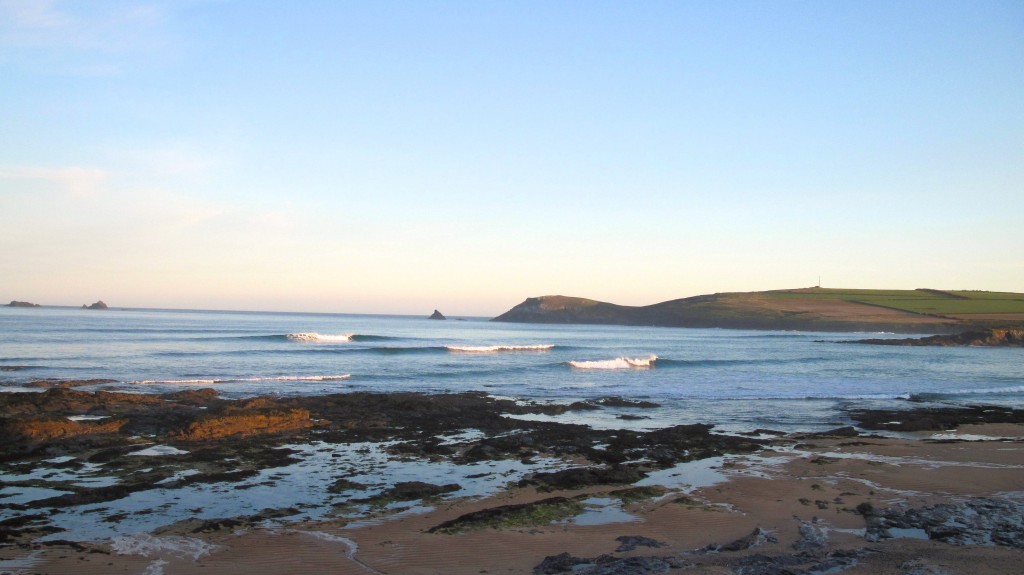 This feels like the stillest morning yet, there is not a breath of a breeze, the sea’s silver surface as smooth as can be, the silent sky the palest of blues. Even the birdsong seems less ‘chatty’ this morning.
The surf is immaculate, real small but immaculate.
One to two feet of silken swells are gliding onto the sandbars and spilling themselves quietly away, a longboard heaven kind of day. But that will change soon enough, all of the forecasts are showing an increase in swell size as the morning shines on, doubling in size and then bigger on this evening’s tide.
Make the most of it though, these conditions cannot last forever! 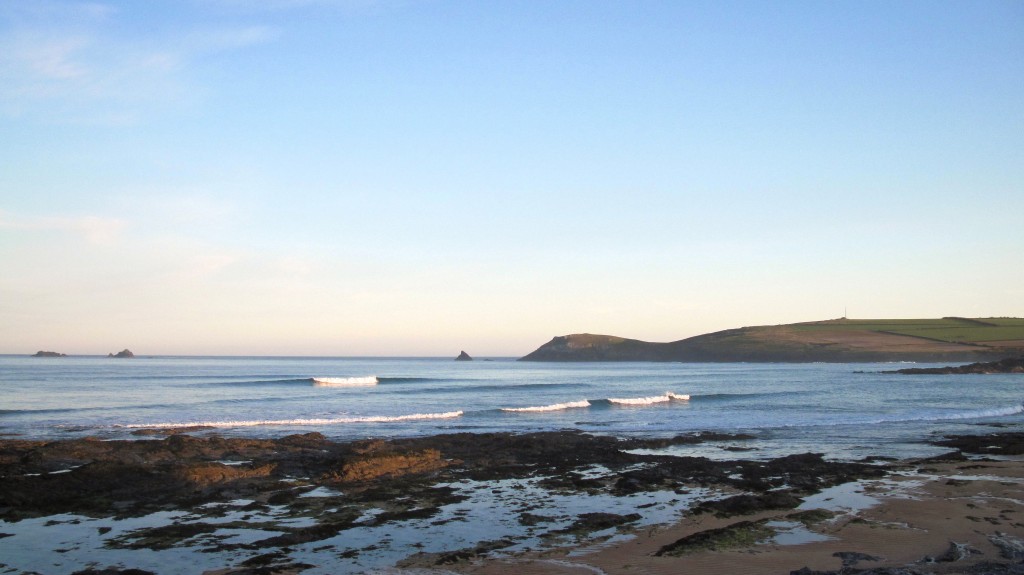 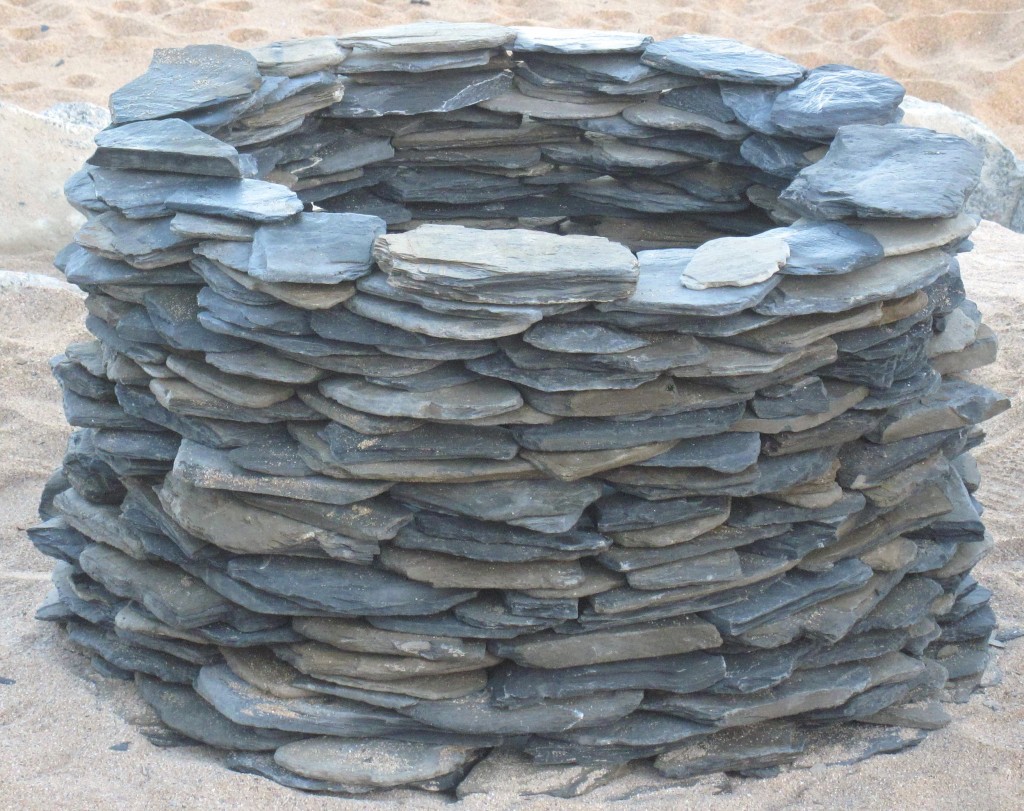 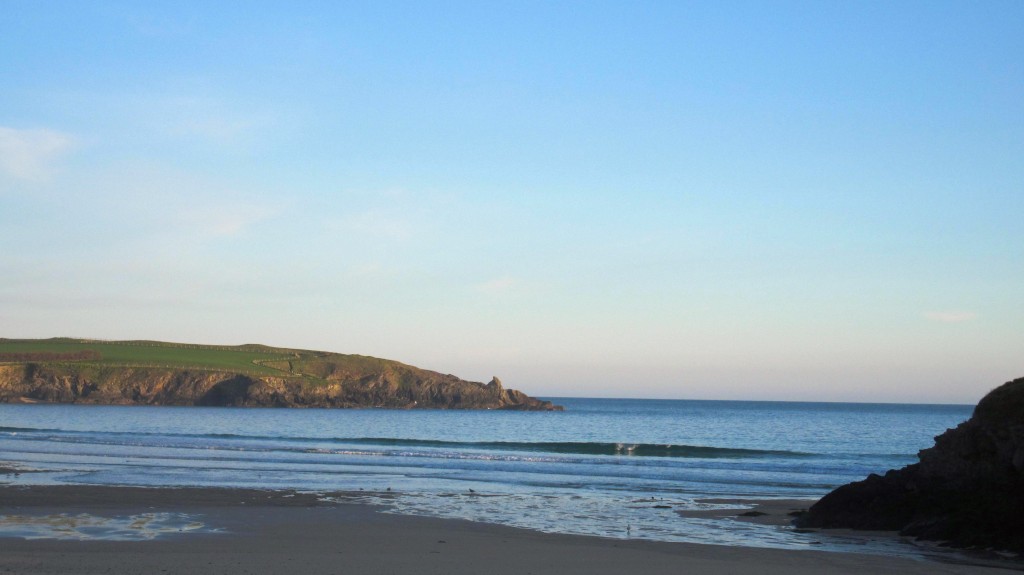 It’s pretty much flat again around here this morning, shiny and smooth and almost surfable but pretty much flat.
But that could be going to change soon enough. Check tomorrow’s forecast and the weekend’s; we could be shuffling this way in search of clean conditions before you know it!
In the meantime though, it’s the other side for some liquid silver waves to glide across, it really is quite pleasant over there! 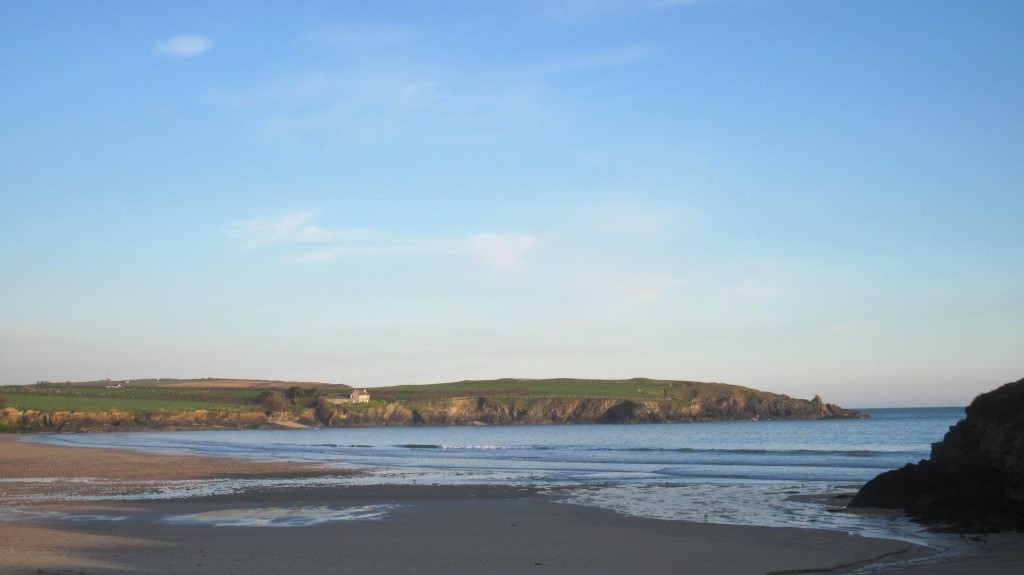 All change!
A south westerly wind should be the first indicator of a completely different ‘feel’ to the weather today. The wind is going to strengthen gradually as the day goes on bringing some cloud and eventually some damper air too.
That same wind is going to strengthen the surf, pushing the three foot swell into something just a bit bigger, hopefully getting big enough to swing a couple of feet of surf around and into Harlyn.
That might take a little bit of time though.
So, back we go again to those days of choosing between bigger and bumpier west facing surf breaks or the cleaner but smaller waves of those sheltered bays and coves.
There should be plenty of waves though!

Just to mix things up a bit, we should be seeing the arrival of the first in a queue of low pressure systems come to change our weather by Friday morning.
It’s by no means a strong thing, just a bit more mixed than we have been enjoying, the wind slipping to the south west, a little dampness in the air later maybe, along with some lumpy and choppy surf at the main breaks.
But then our sheltered spots might start to come alive again too with a lumpier swell being blown along by that same wind!
We might have to wait a bit for that and it might not be that big either but at least these conditions will offer another option to surf.
So, a bit of a cloudier and maybe damper end to the week but the weekend should still be bright enough, if a little windier than it has been. And, it being April and all that, don’t be surprised to see the odd shower or two as well!
Saturday is probably going to be a typical, small Harlyn kind of day with a couple of feet of offshore surf getting in there, under a mainly bright and breezy sky.
By Sunday though that wind is likely to have slipped to the north west, chillier and not great for any surf. We are likely to be stuck with choosing between small and sloppy surf or not quite so small but still sloppy surf. Although the early morning might just show some offshore conditions if you’re keen enough!
Have a great weekend, wherever you are and whatever you’re doing!