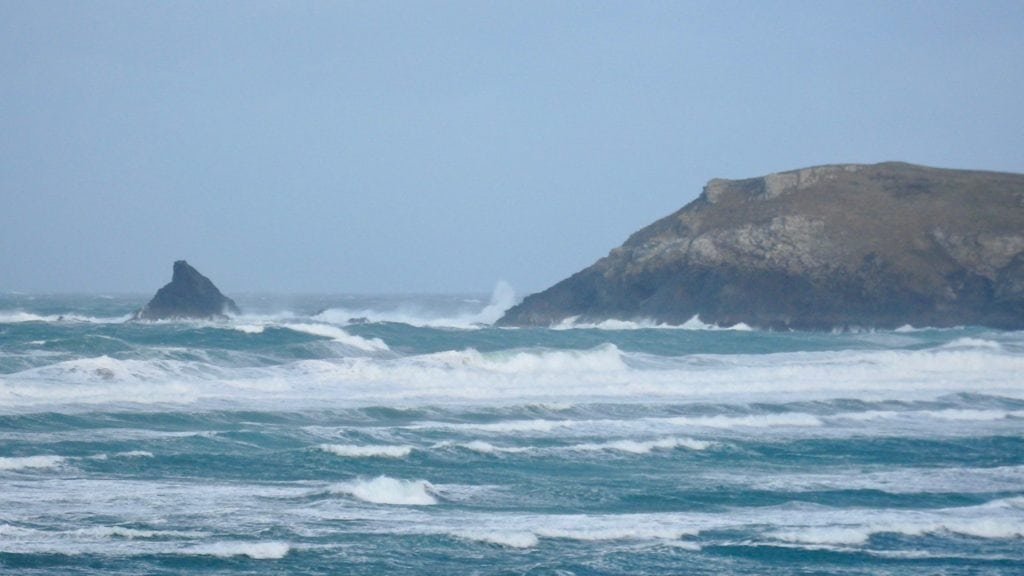 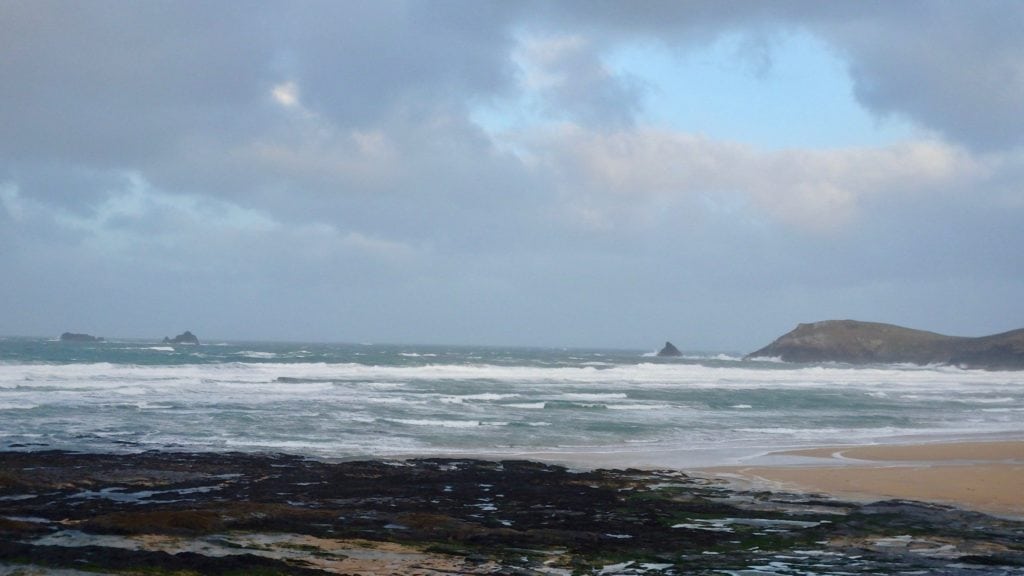 It’s a bit of a breezy one out there this morning as storm Doris struts her roof-rattling stuff.
The hedges are bending and the clouds are scurrying as big waves are walloped to the beach by that hard blowing gale. It’s a great day to feel alive and a great day for dramatic seascape artists but you’re not likely to find a rideable wave on this coast today, not without putting a few others’ lives at risk anyway!
The south coast though, that might just have a tucked away little gem or two to be discovered!?
Take it easy if you do though! 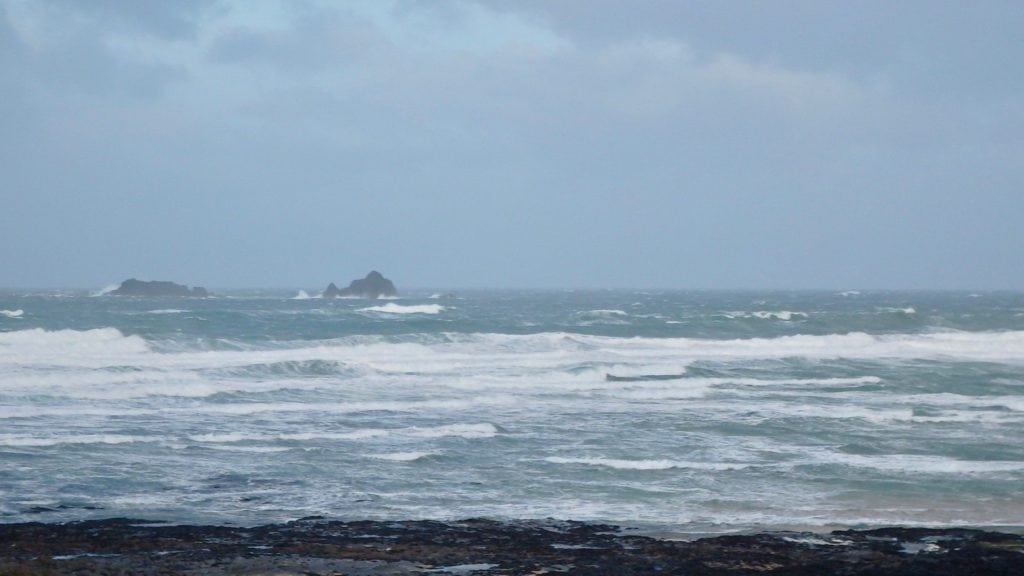 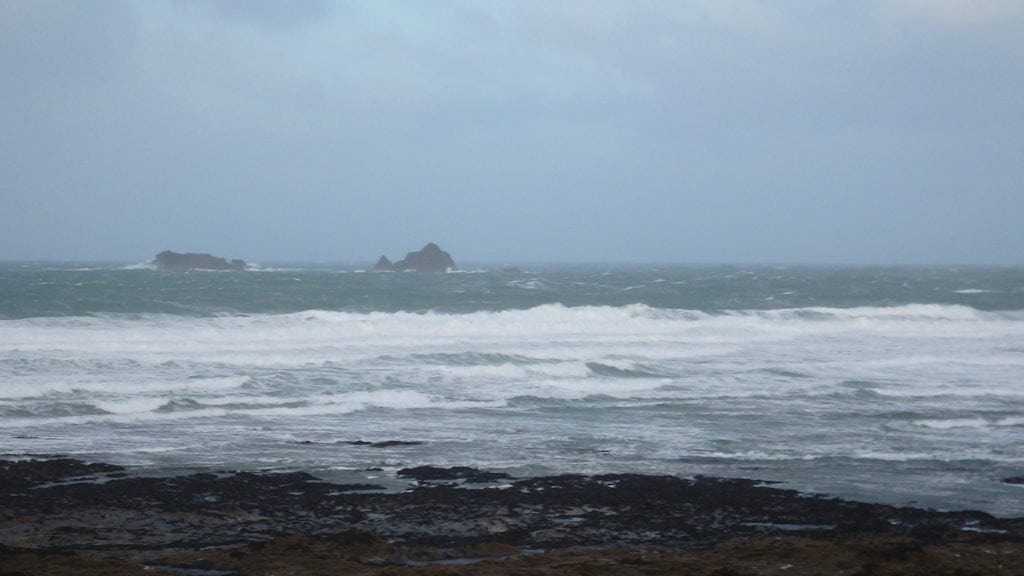 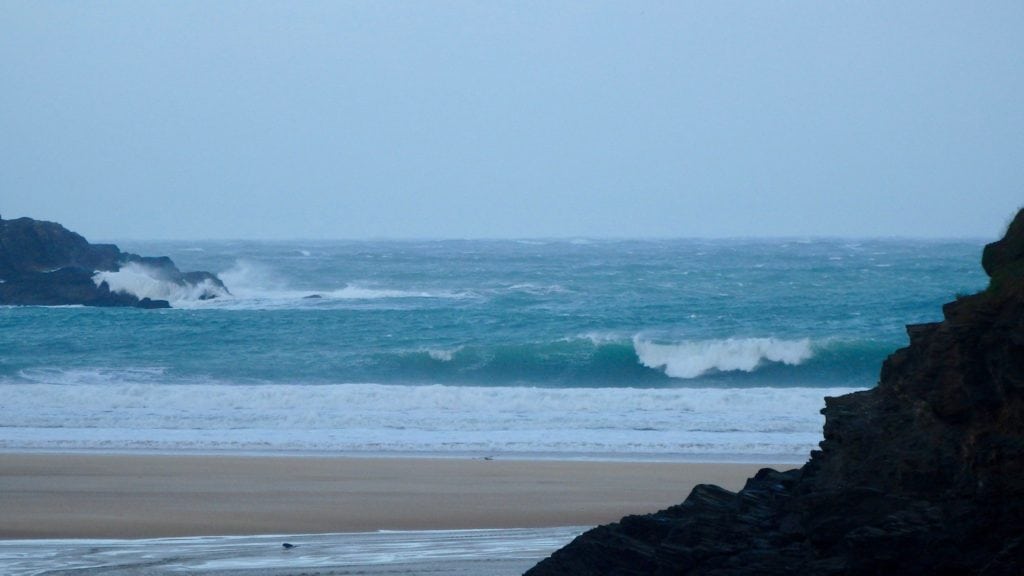 Gale force blasts are throwing big and bowling. almost peaking waves onto the low tide sand.
The wind is blasting in, whacking those waves on the back of their crests as they try to rear higher. There are those hollow ones though, those between gusts ones that are zapping across the sand, taunting and teasing but deadly too.
No, it’s not the place for any lighthearted surfing, not today! 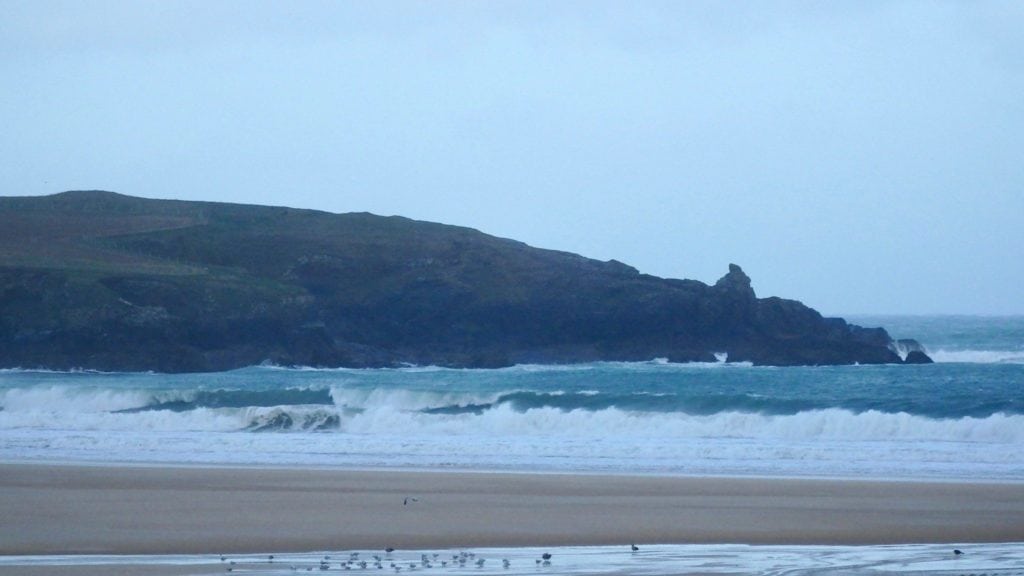 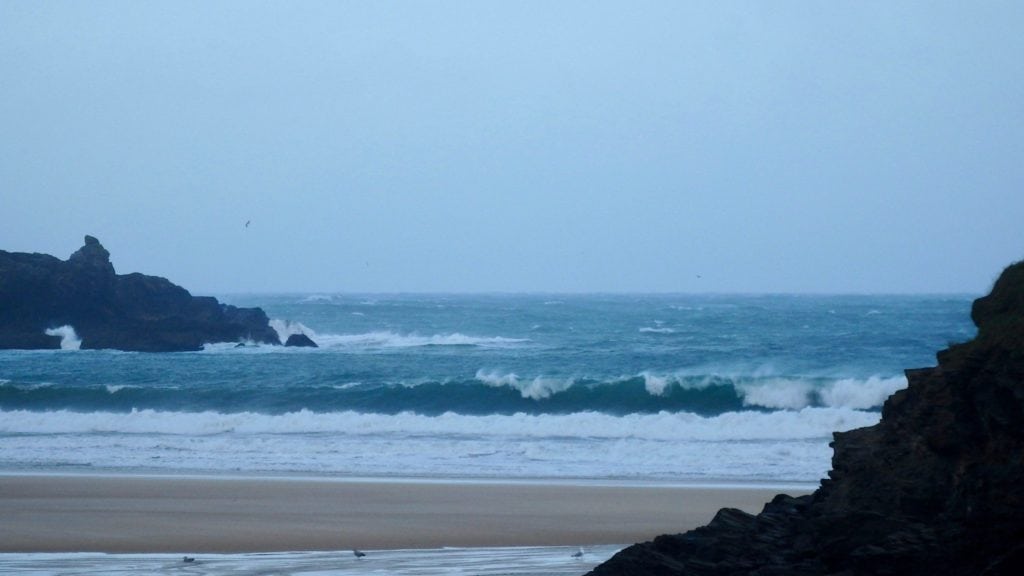 As the storm eases so too will those exciting swells. The wind is likely to stay from the north west, still fresh but nowhere near the strength of Thursday.
A mediocre, three to four foot swell will be slopping about the bays with no real attraction to it!

A weekend of gusting and sometimes squally south westerly winds will remind us that we are still in February!
And Harlyn loves February.
A weekend of three to six foot, hollow and barrelling Harlyn awaits, starting out at a couple of feet and clean, offshore through Saturday morning and gradually building to four to six feet by Monday.
All the time that sou’ westerly wind will be tugging and pulling at you but also blowing fresh offshore into those cylindrical, grinding Harlyn waves.
Sand dredging, shallow and thick and heavy – it could just be a board-snapping weekend this weekend at Harlyn Bay, well later on anyway!
Have a great weekend wherever you are and whatever you’re doing!