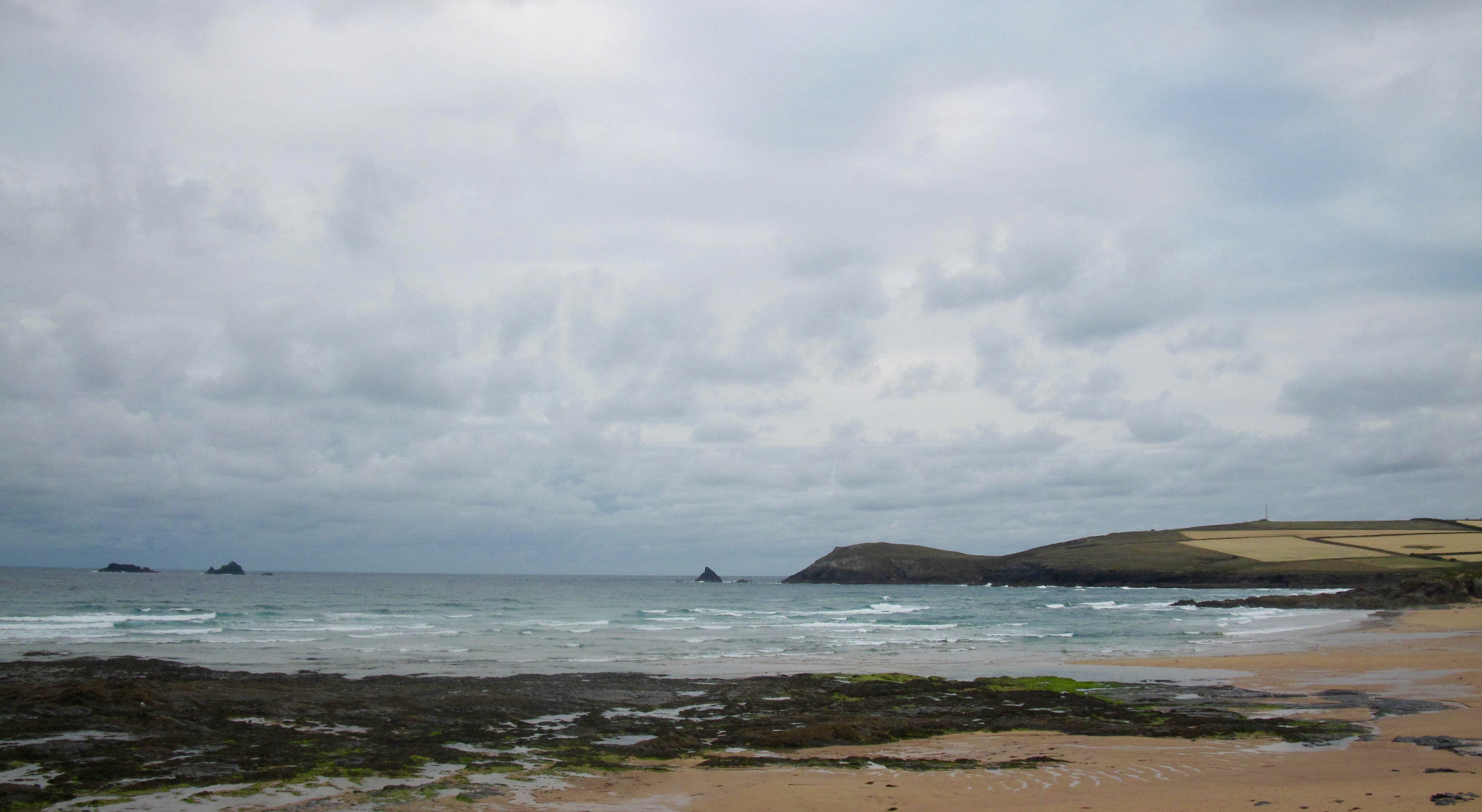 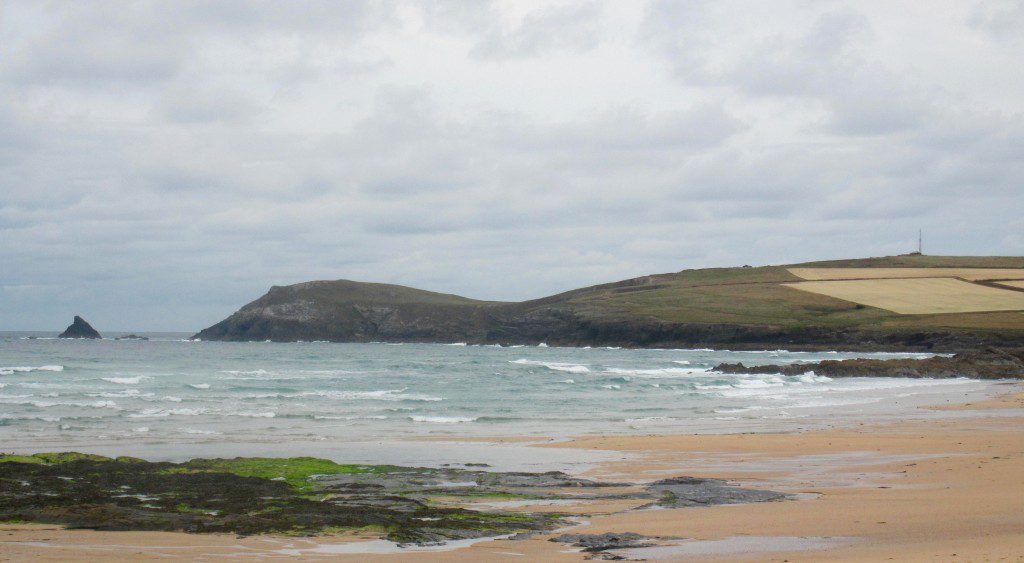 There’s a grey look to it all again this morning, that sky-full of dark silver cloud reflecting of the grey blue sea.
But it feels mild enough and the wind is just a little stronger than a pleasant breeze, gently blowing in from the south west. That breeze is fresh enough to make for bumpy surf conditions the two feet or so of setty surf crumbling a bit as it slowly breaks. The wave faces are clean but the surface of the sea is still bumpy and a little sloppy.
High tide should show some improvement, steeping up those little waves and maybe adding just a fraction more size to it all.
We’ll probably manage to have ourselves another day of fun surf and it will probably end up being better than we’d expect once you’re in there! 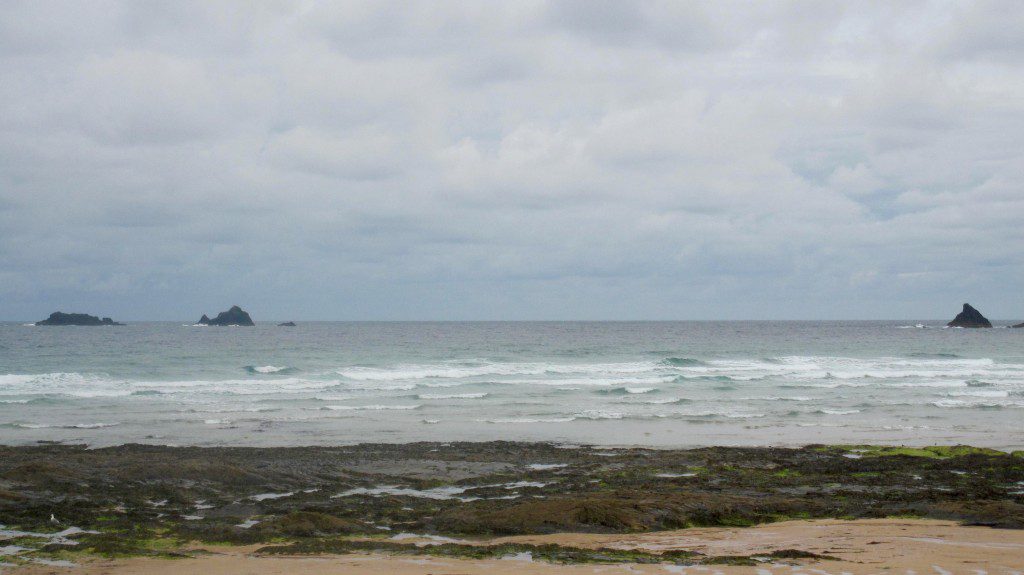 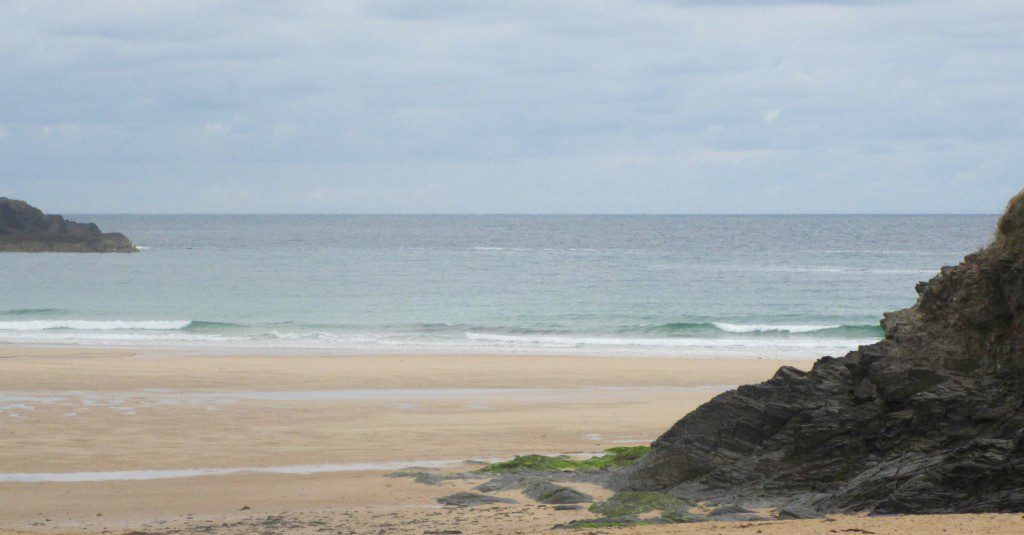 It is pretty small around here, well, flat really.
There are six inch to maybe, just about, almost one foot little glassy walls crashing ashore very occasionally but tether’s a long gap between them.
I think that I’d favour the other side today, at least there’s a couple of feet or so of fun looking little surf over there! 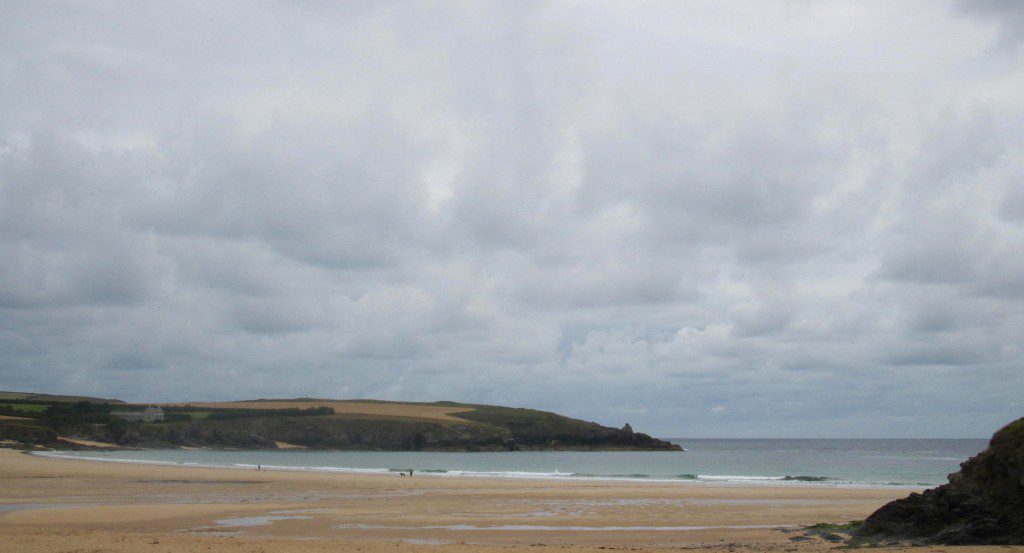 Ah, a day of cleaner conditions awaits at last!
It’s such a shame that the surf is going to be so very small!
There is likely to be only a foot or so of clean but very small surf prettily marching in against light offshore breezes. We should see some brighter weather in-between the showers too.
But it is going to be small!

The end of the week is likely to be a continuance of the last how long!
The small surf might go flat for a while later on Friday in those pleasantly wave-shaping offshore winds but by Saturday the wind will have swung back to onshore, a north westerly wind chopping up the two feet of lazy, short period surf in some pleasant sunshine.
There should be more swell growing through Sunday, a brisk south westerly going westerly wind pushing some rolling swell into our bays.
By the afternoon Harlyn should be showing some fun surf, probably a couple of feet and offshore over there. And by Monday the wind is likely to be back to north westerly, the swell reaching into the four to five foot size range but onshore everywhere on this coast!
It could be a day for a surftrek in search of clean conditions at some south westerly facing surf breaks!
Have a great weekend, wherever you are and whatever you’re doing!