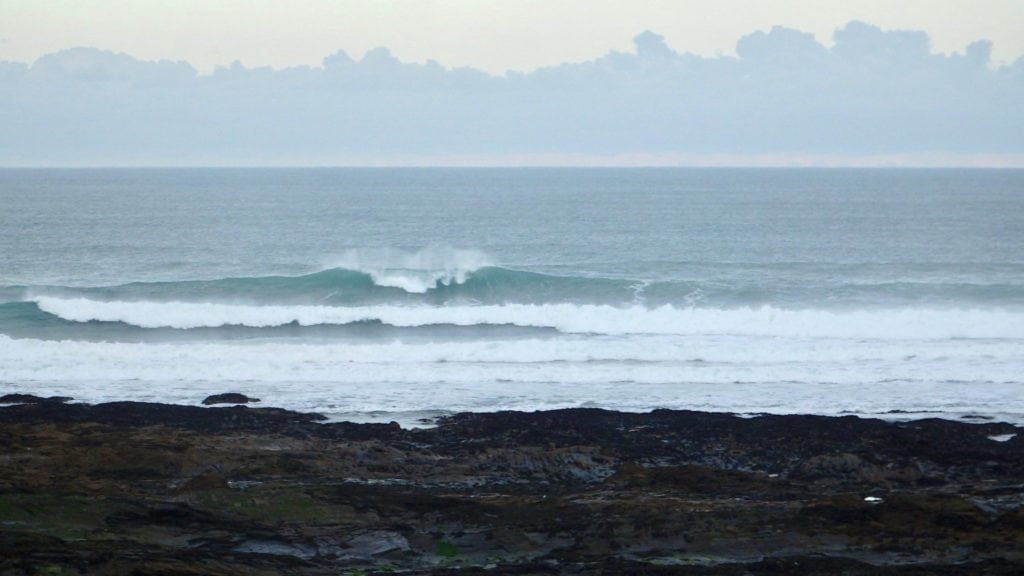 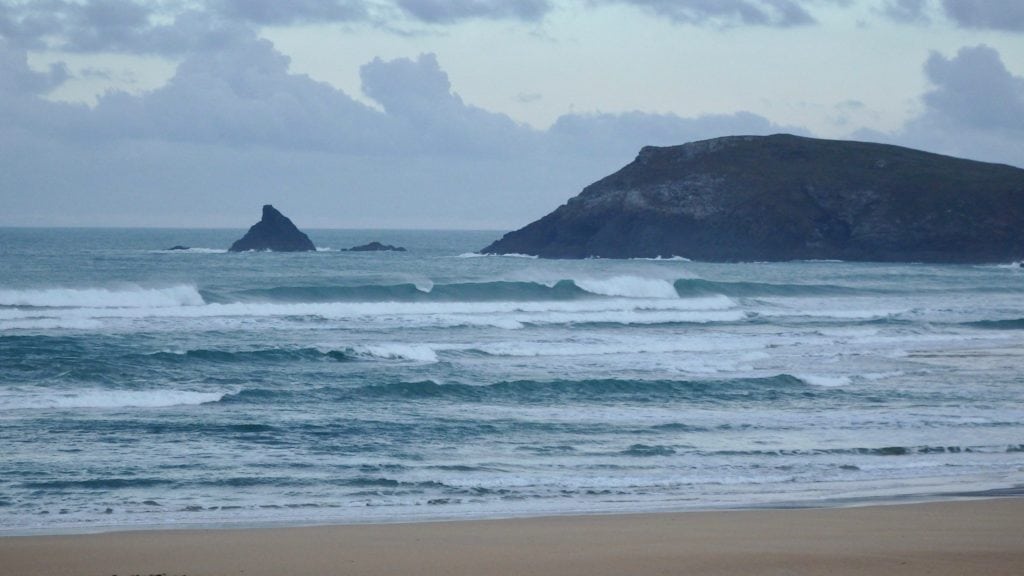 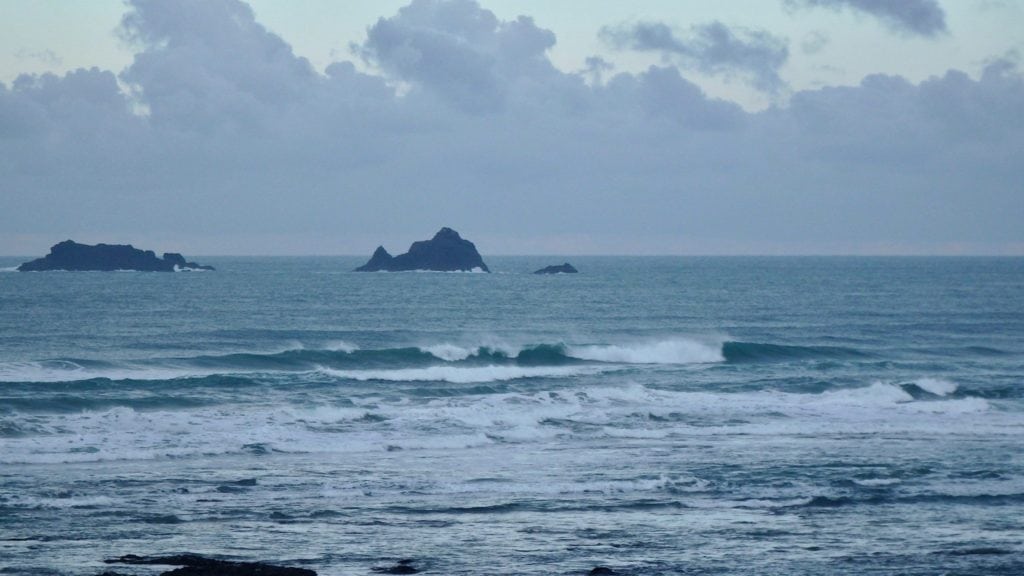 At last, a calmer and brighter morning with clean and smooth looking waves rolling into the bay!
Three to four feet of curving and peeling, silver waves are gliding ashore, Booby’s enjoying the most of it but with peaks unfolding across the Reef too.
The sky is trying to brighten as the breeze whispers offshore but that whisper will soon turn into more of a blow, a brisk (and chilling) north easterly is expected sooner rather than later. But that should still be good for the surf, especially if you can find those more wind-sheltered spots! 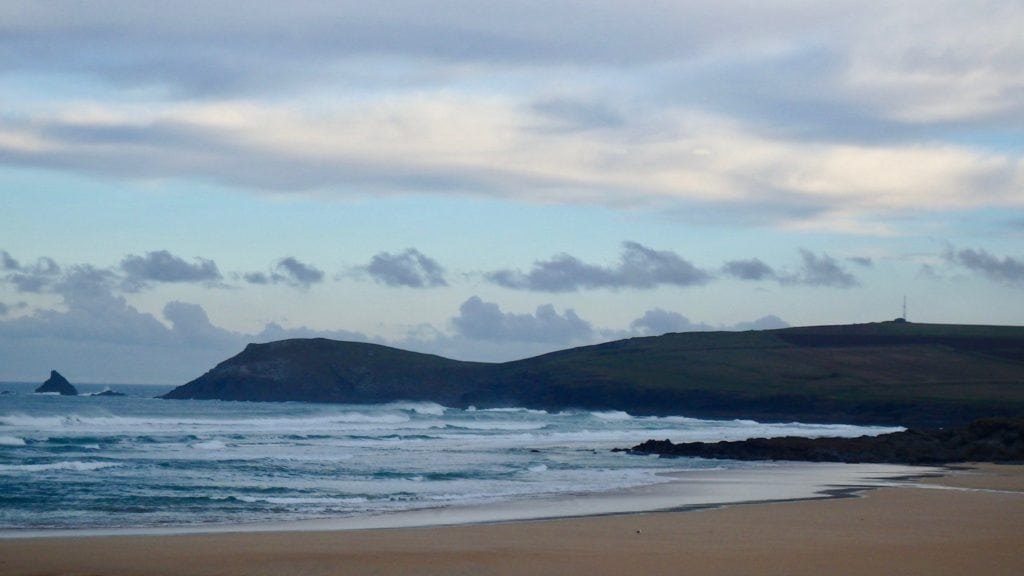 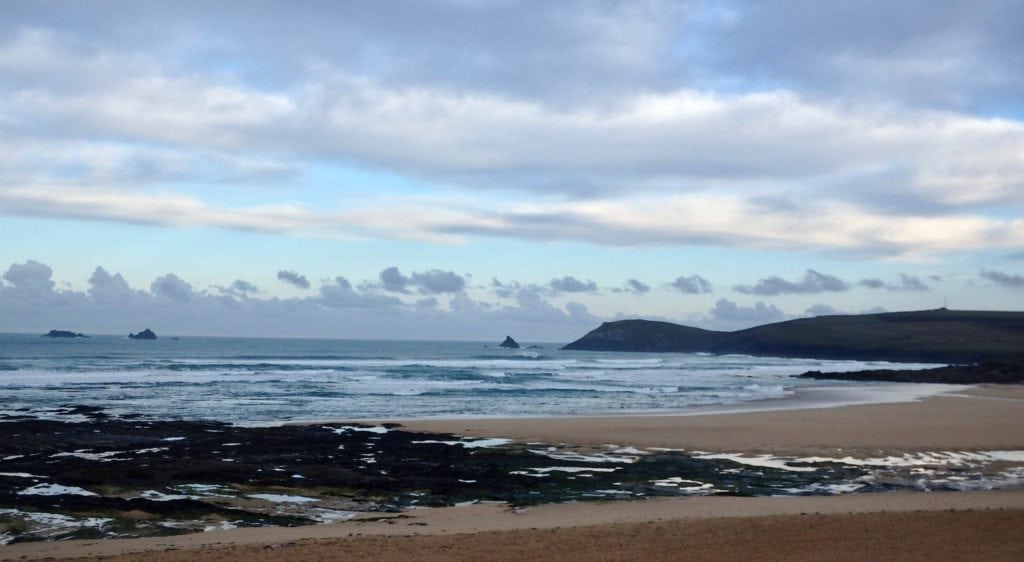 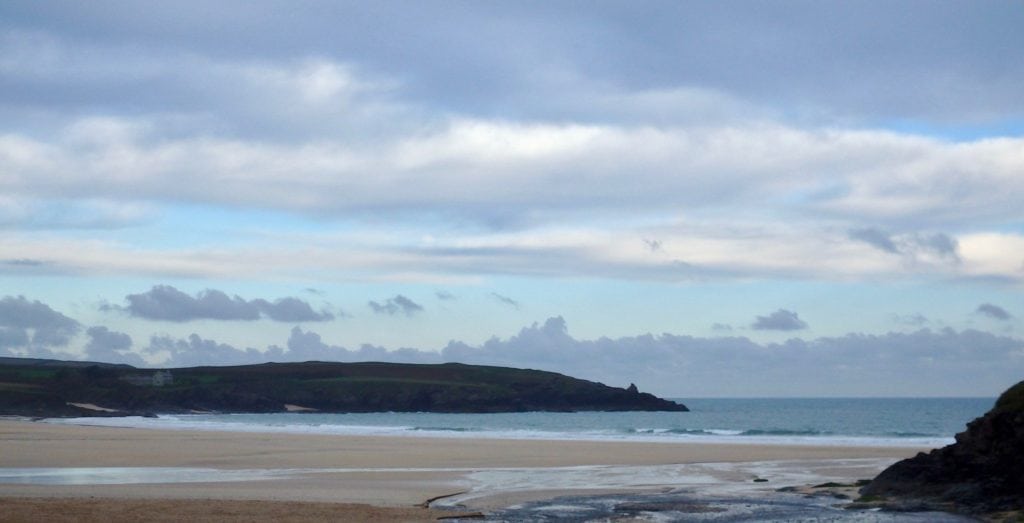 A foot or two of sloppy little waves are bumbling onto the beach as the tide reaches its low point. Although that low tide is still pretty high. In fact there’s less than three metres of tidal movement again today.
But that isn’t going to impact the surf here at all today, the north easterly wind is going to be more onshore than off and the swell is likely to ease off even more.
No, it’s the other side today today, it’s on fire over there this morning! 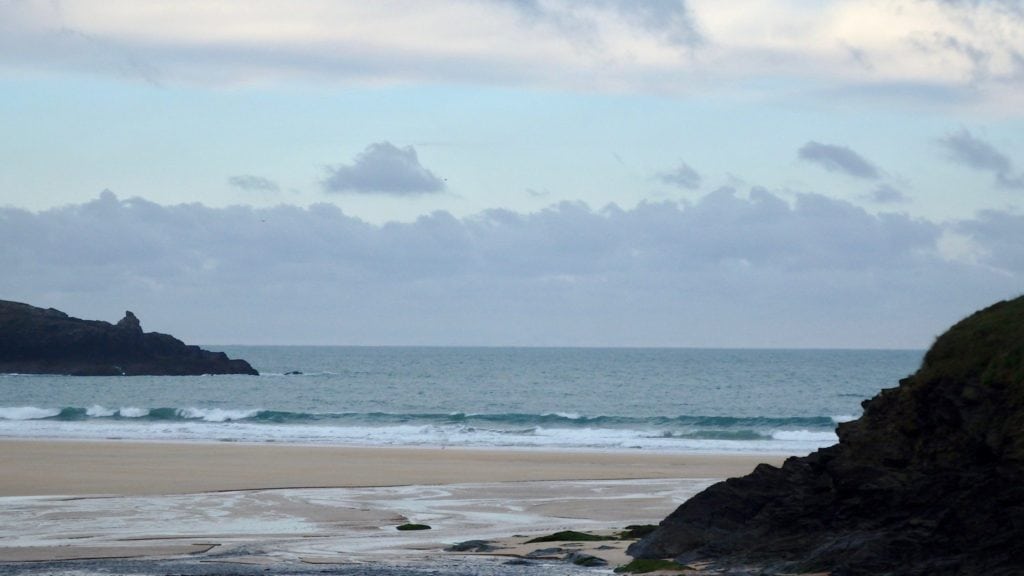 The hard gusting offshore winds overnight will have had their effect on the swell and so the waves are only going to be small today. Small but probably immaculately shaped!
A foot or so of offshore sculpted surf is likely to be rolling in at the usual swell magnet spots, improving in shape as the wind eases and the tide turns.
We might even be enjoying some pleasant, if chilly weather too!

Offshore winds are going to be fussily caressing a decent couple of feet of swell all weekend!
A small in size but big in wave-period, long travelled little swell should be rolling our way all weekend, the wind easing and strengthening back and fore but staying offshore all the way through.
Combine that with a decent dose of bright and cheery sunshine and we have the makings of a great surfy weekend!
Have a great weekend, wherever you are and whatever you’re doing!