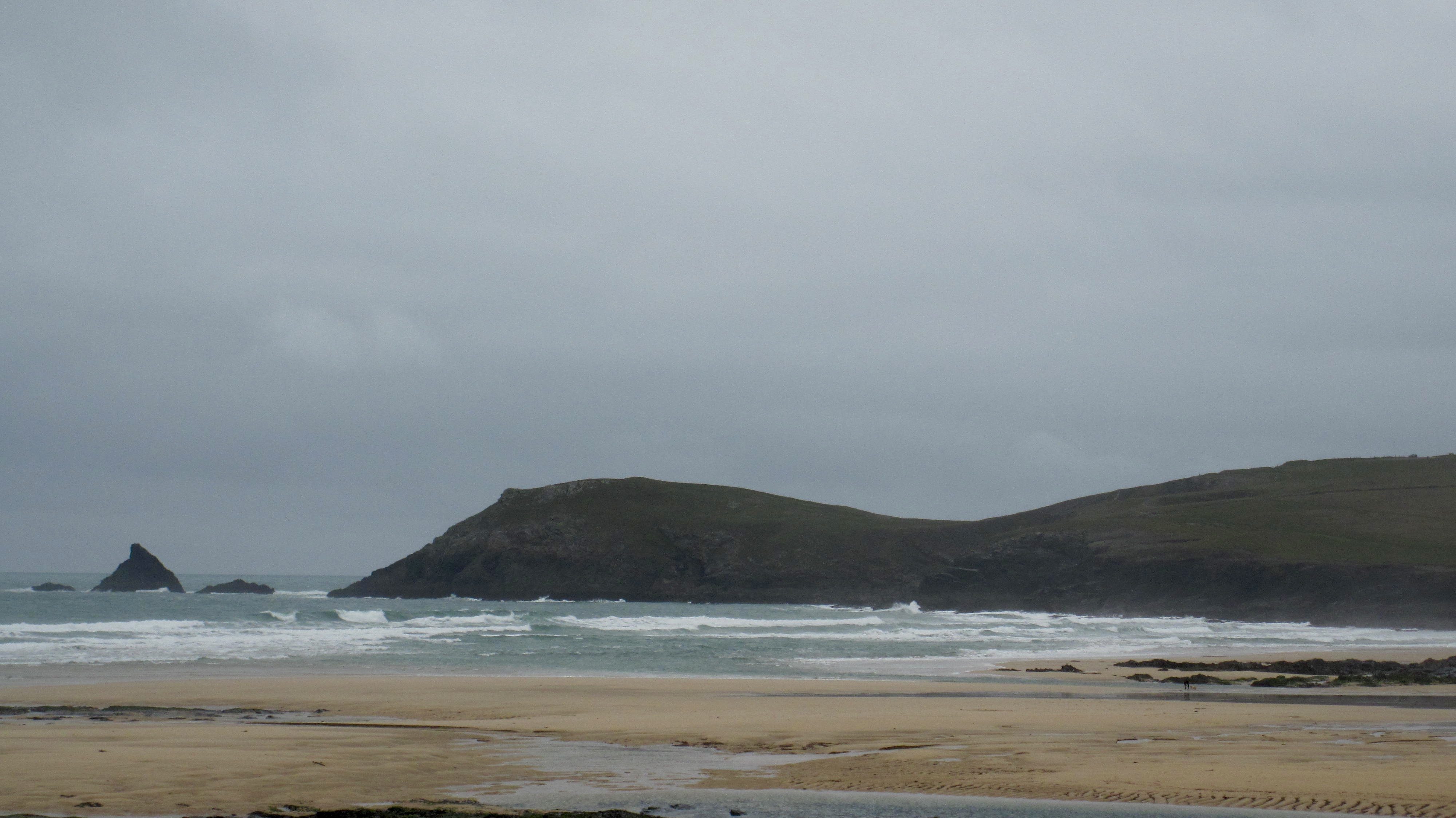 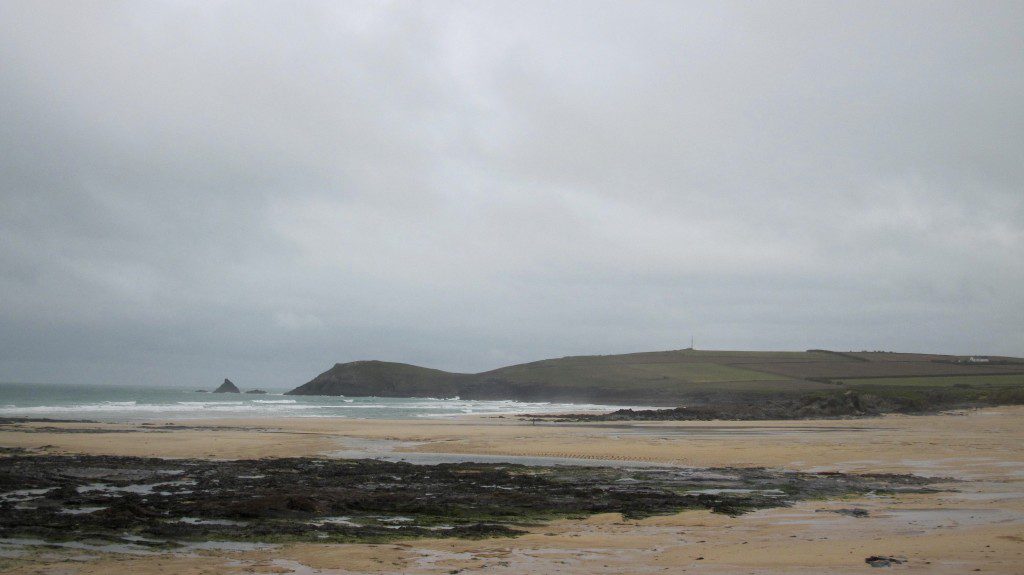 The wind has dropped in strength but otherwise it is still onshore, still north westerly, still making a mess of what surf there is!
Sorry we’re a bit late again, a quick early trip to Truro combined dropping the car into the garage for some new brakes took longer than planned!
And Happy Thanksgiving to all of our American friends out there – enjoy!
Meanwhile back where it all started (;!), the surf is stumbling in again at about three feet, a few of the bigger ones looking more interesting but they are few and far between.
Low tide is soon and so maybe things will improve with the afternoon tide but right now it is still all a bit choppy and messy and uninviting again!
Not as bad as it has been but it’s still not great! 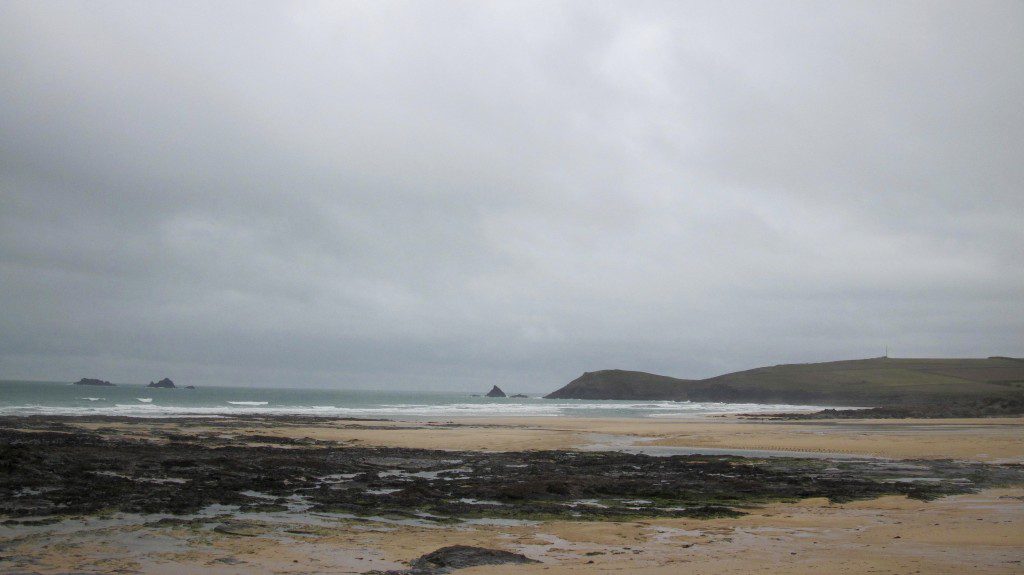 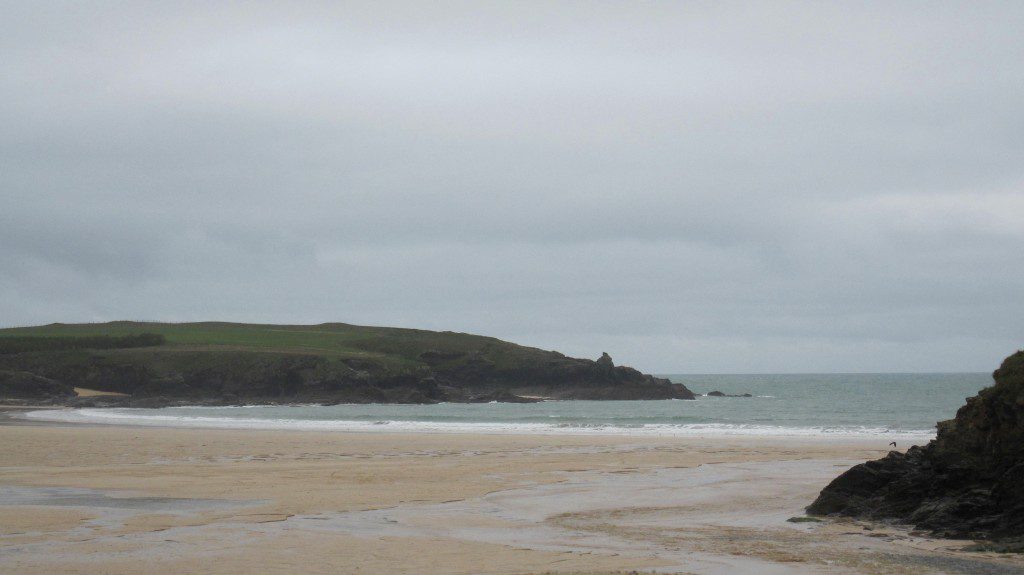 There’s only a foot or so of weak and sloppy, choppy little surf washing in here this morning.
The tide is just off low and so there is a chance that it might pick up a little with the incoming tide but there is still unlikely to be much more than a foot or two of choppy little surf even then. 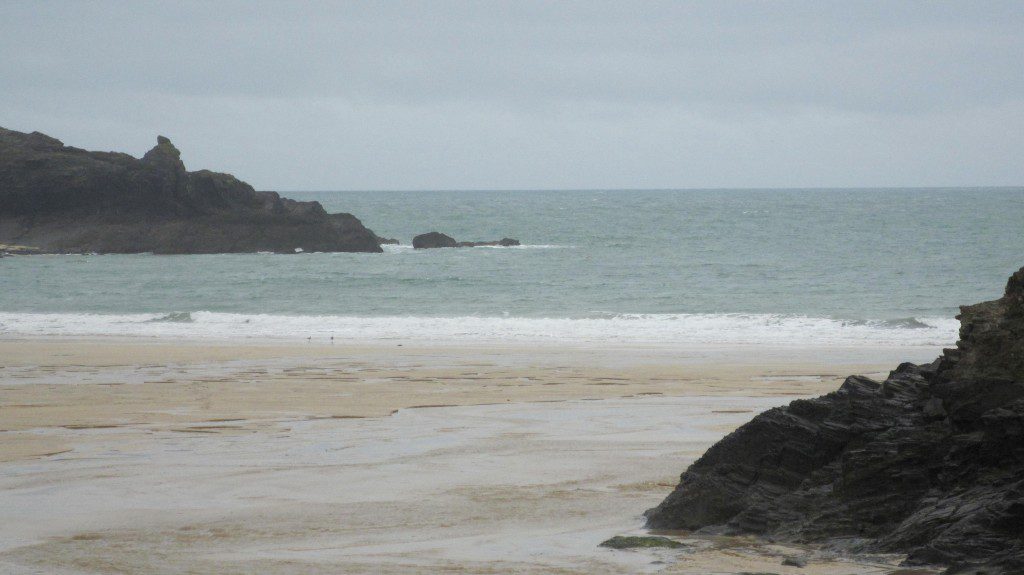 These onshore winds are going to continue to blow all the way through the weekend, the swell building and the temperatures dropping!
Yes, more storms are headed our way with westerly winds blowing and blasting their way through as the weekend wobbles on.
Only the most sheltered spots are going to have anything like rideable surf this weekend with swell sizes getting into the eight to ten feet range and bigger while the wind notches up to 40 to 50 mph., onshore.
Saturday might just have a few hours when the wind eases a notch or two more to the south which would enable Harlyn to strut its angry stuff! But it will still be big and unpredictable!
Sunday is likely to be hard work all day long!
After saying that, big and ferocious Harlyn can be fun and even as the water temperature is noticeably dropping away, it is still (relatively) mild out there. So, if you fancy some cold water drubbings and a few salt water enemas then Harlyn could be just for you!