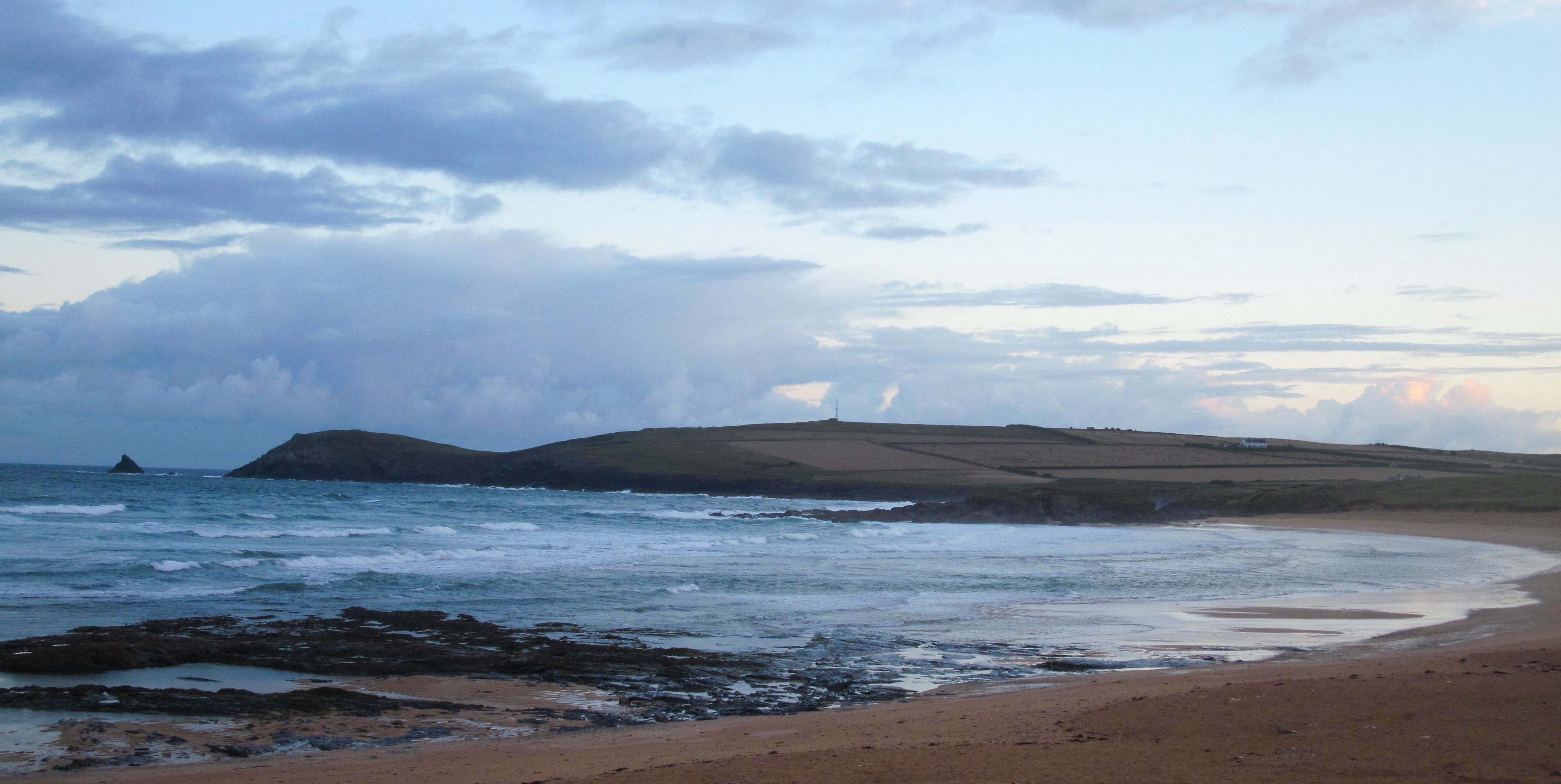 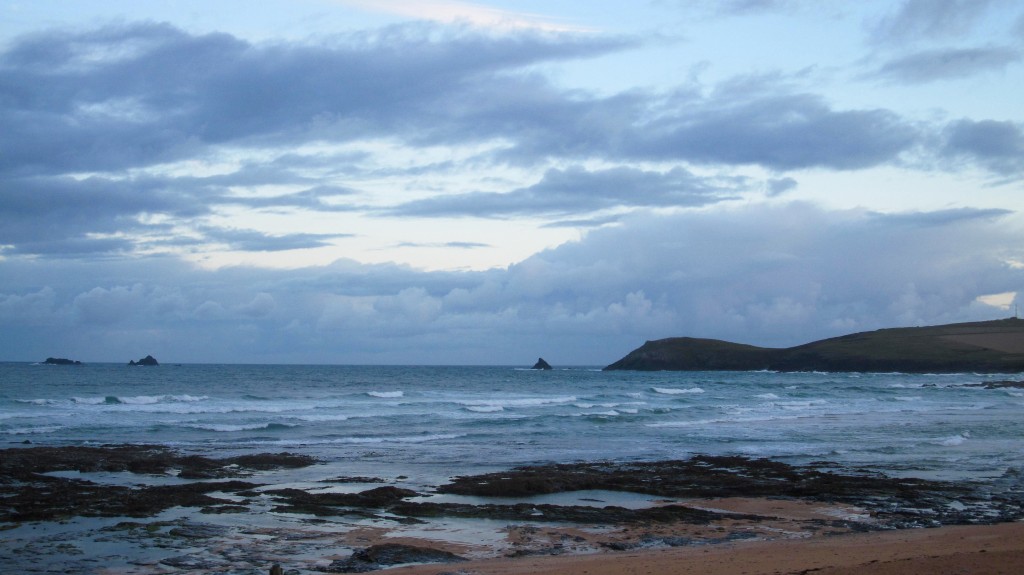 These early morning power-showers have become a habit recently, this morning’s downpour as wet as the others but maybe a little shorter and over sooner.
Meanwhile the wind is steadily breezing in from the west south west, chopping and slopping the three feet plus of mixed up, sloppy and messy, grey and broody surf.
And the sky is clearing steadily as the dropping tide exposes that already choppy surf to more of the wind. This afternoon’s high tide should provide more shelter and shape to the surf and by then the sun could be bright and cheerful making it all look entirely different! 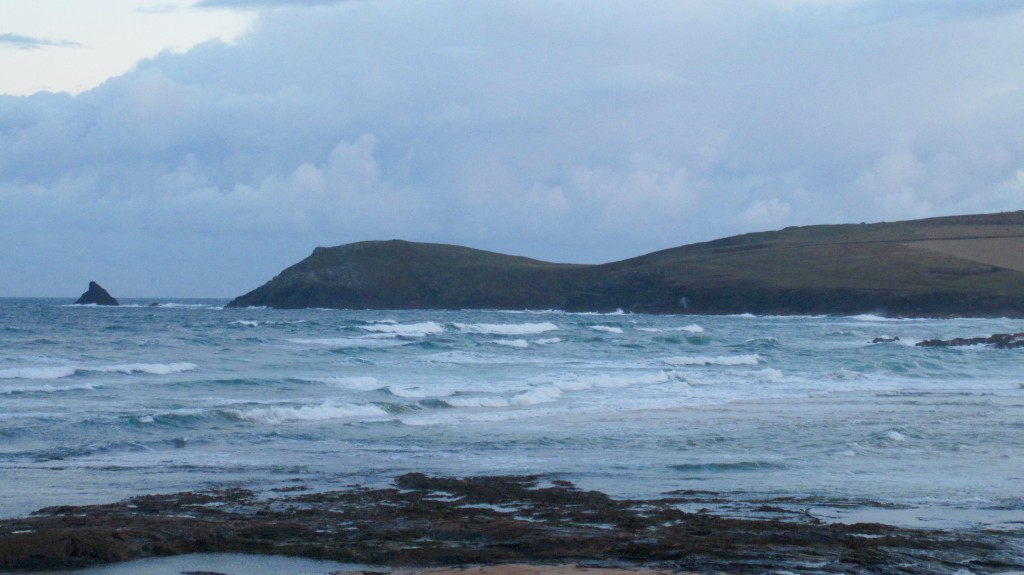 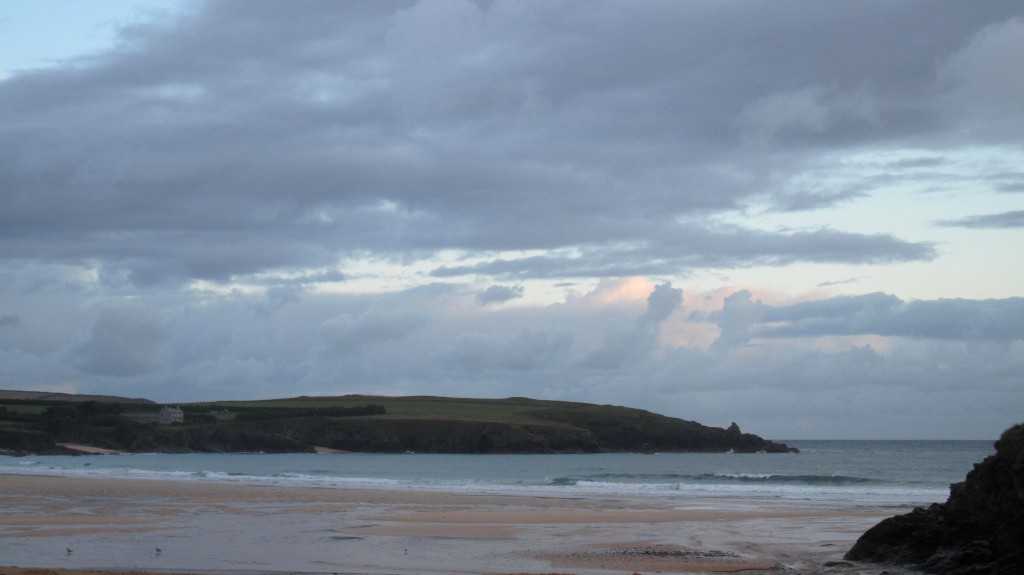 The surf is pretty small as the tide drops back here this morning but it is clean and fairly glassy and rideable.
A foot or two of glassyish surf is falteringly breaking in the middle of the bay, probably improving through late morning and into the afternoon as the tidal pull gives those little waves some extra oomph.
It should be fun later on, a couple of feet of fairly typical Harlyn surf under much brighter skies! 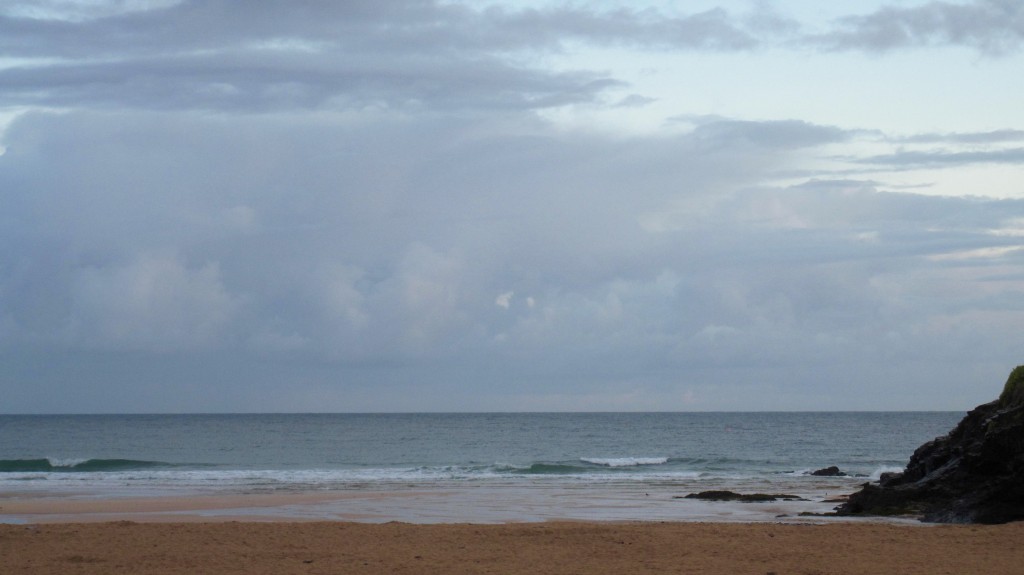 We are likely to see a repeat of Thursday’s conditions with a steady south westerly wind pushing through a three to four foot swell as well as pushing along those big clumps of threatening cloud banks.
Two to three feet of fairly clean and fun Harlyn surf is probably going to be our amusement today and there’s not much wrong with that!

Onshore winds are likely to continue to blow this week, generally backing to the south west as we go along.
The south westerly direction gives the surf at Harlyn a chance to shine but generally we are probably going to be lucky to enjoy anything better than three feet or so of onshore, mushy surf for most of this week again, maybe allowing a a foot or two into Harlyn as the week winds down.
The weather is likely to improve as we go along too, with some nice periods of warm and cheery sunshine from midweek into the Bank Holiday Weekend.
And suddenly Saturday is looking quite promising for some clean and pleasant, two to three feet and offshore surf at our main surf breaks. It might be a little dull and a little damp but there should be some small but good surf around.
And of course the wind looks set to switch onshore again by Sunday!
Have a great weekend, wherever you are and whatever you’re doing!