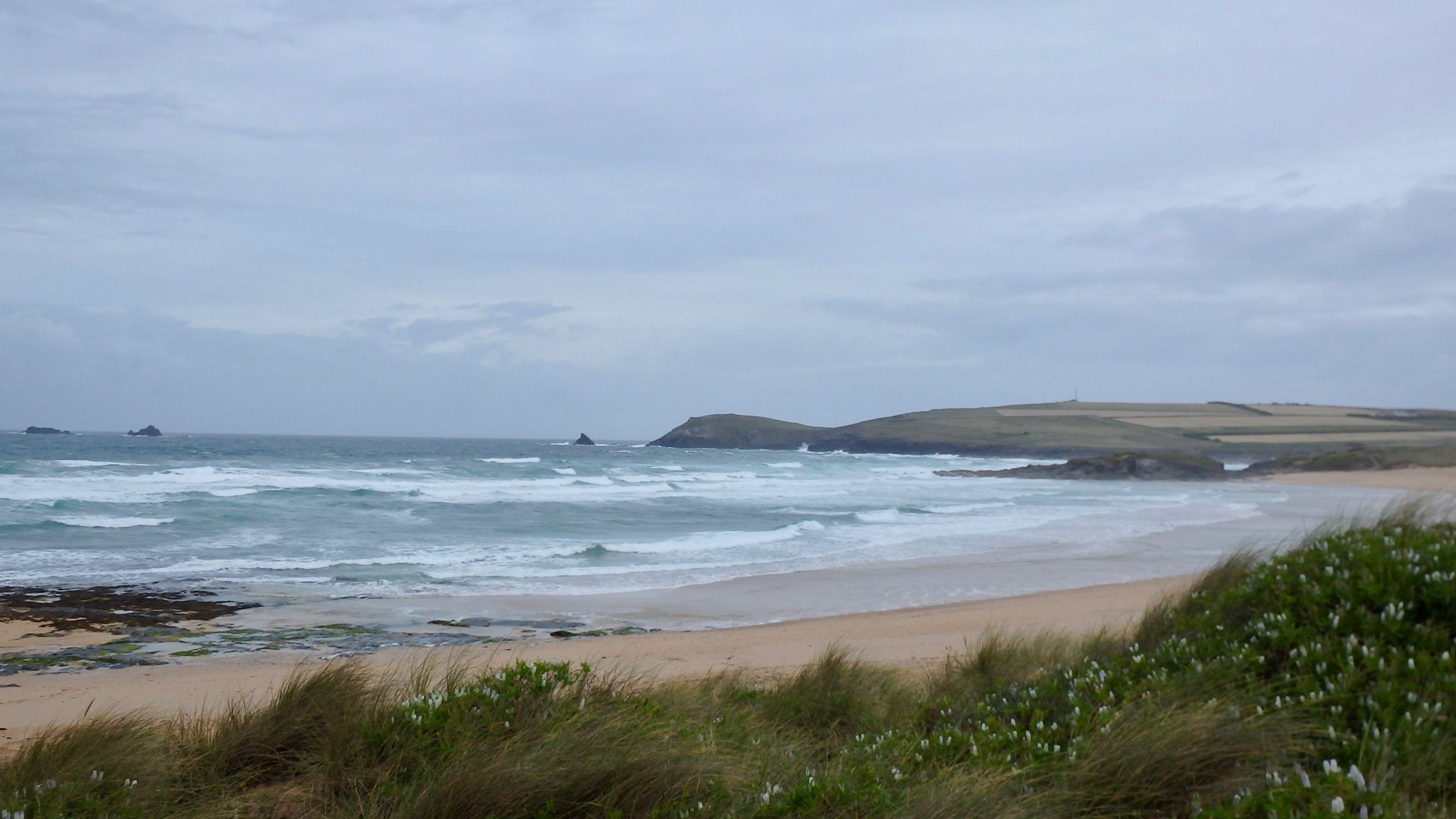 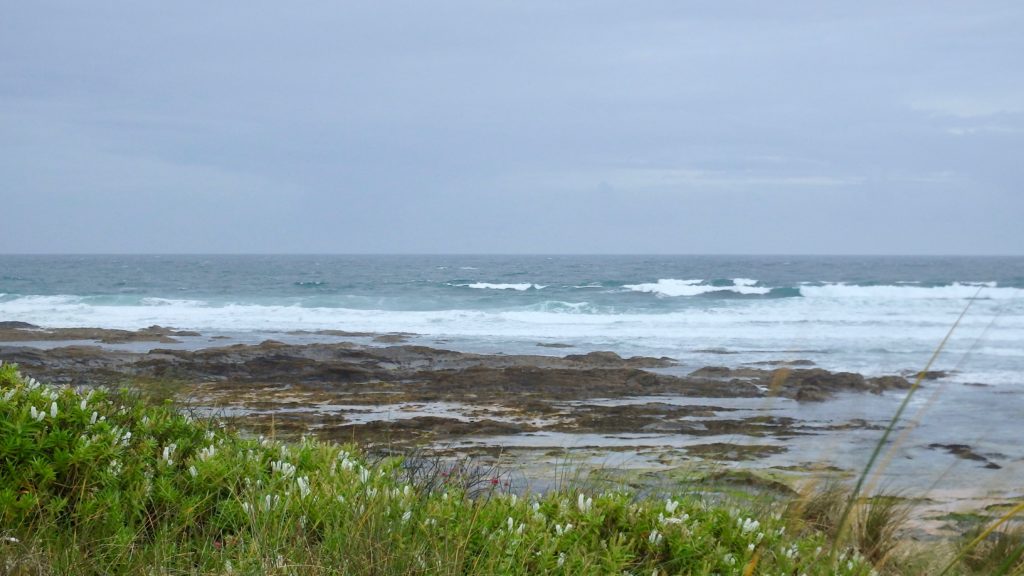 A brisk west sou’ westerly wind is blowing a more autumn like swell into the bay this morning, the sky leaden and heavy but not yet unloading a whole lot of dampness – but it is probably going to!
It’s a chilly and overcast, threatening kind of morning, one of those ones when you wonder if it will ever brighten up !
But we know that it eventually will.
In the meantime four to five feet of windslopped and bumpy, grey and wintery looking surf is rolling into the bay, peaking and sloughing as it hits the shallows.
It is surfable but it looks like hard work! 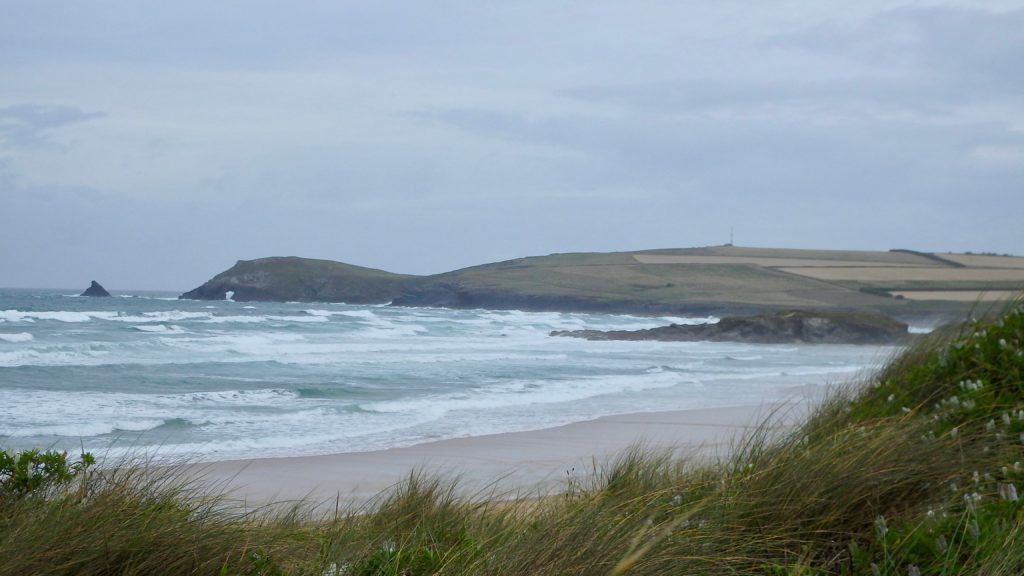 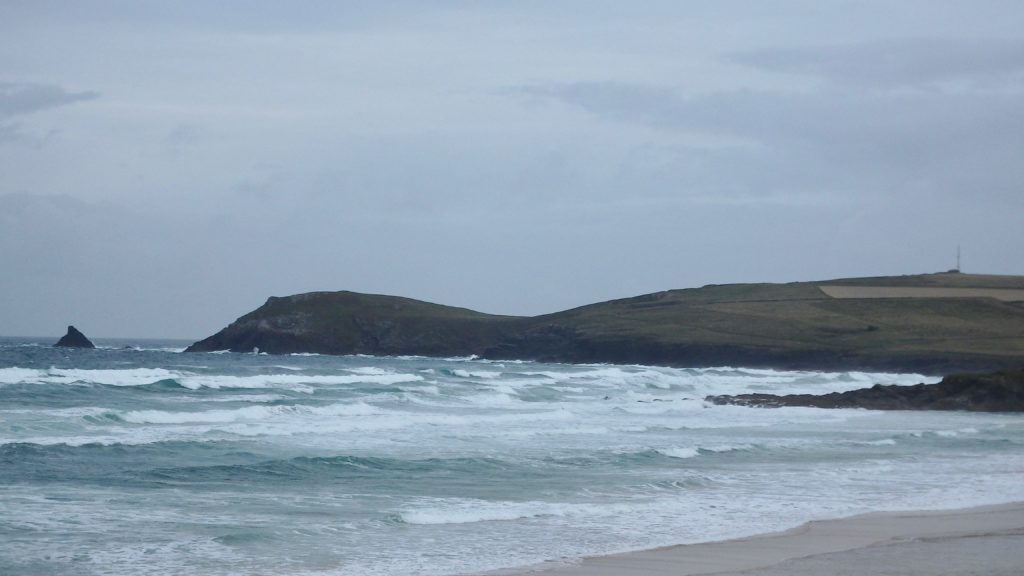 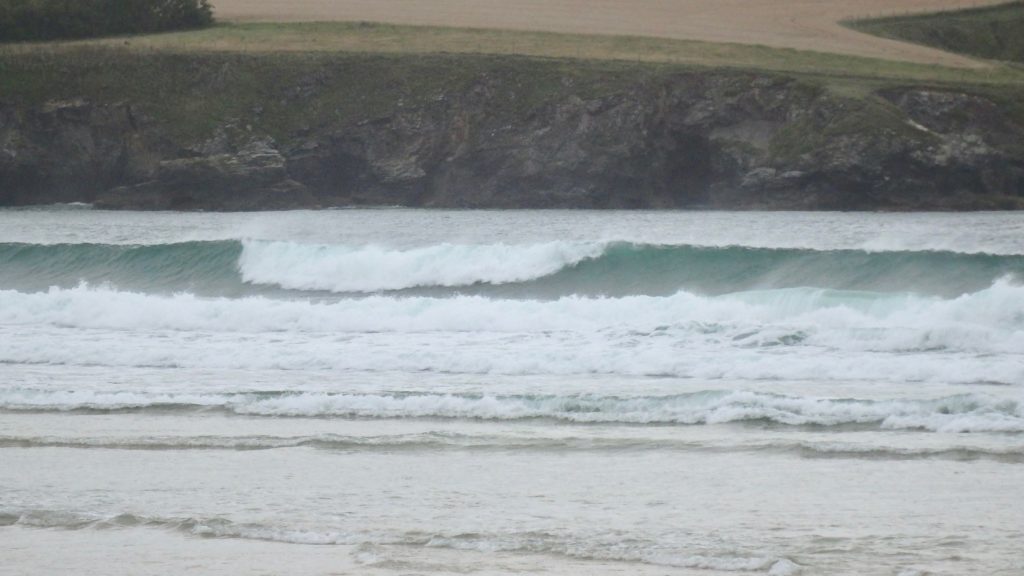 The wind is just that couple of degrees too westerly to allow the surf to be great here this morning but a decent three feet of crunchy swell is wrapping into the bay and is producing some rippable walls.
The wind is holding those grey waves as they grind across the shallows, offering a few fun ones if your timing is on and a few drubbings when you get it wrong!
Yep, it looks like a decent day of surfing is waiting with a bit of refuelling at ‘Food for Thought’ in between! That is one of the big advantages of surfing Harlyn during the summer season! 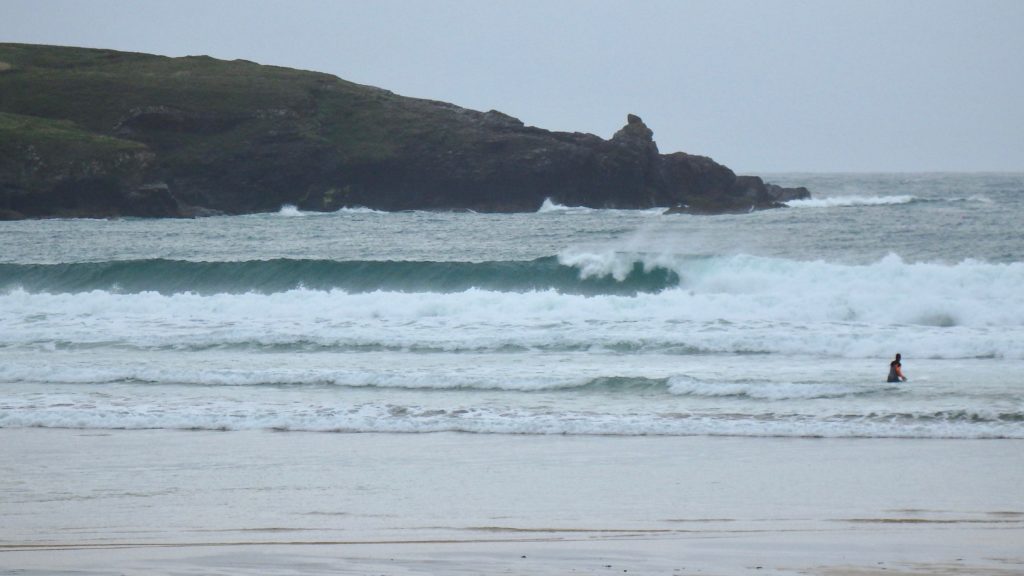 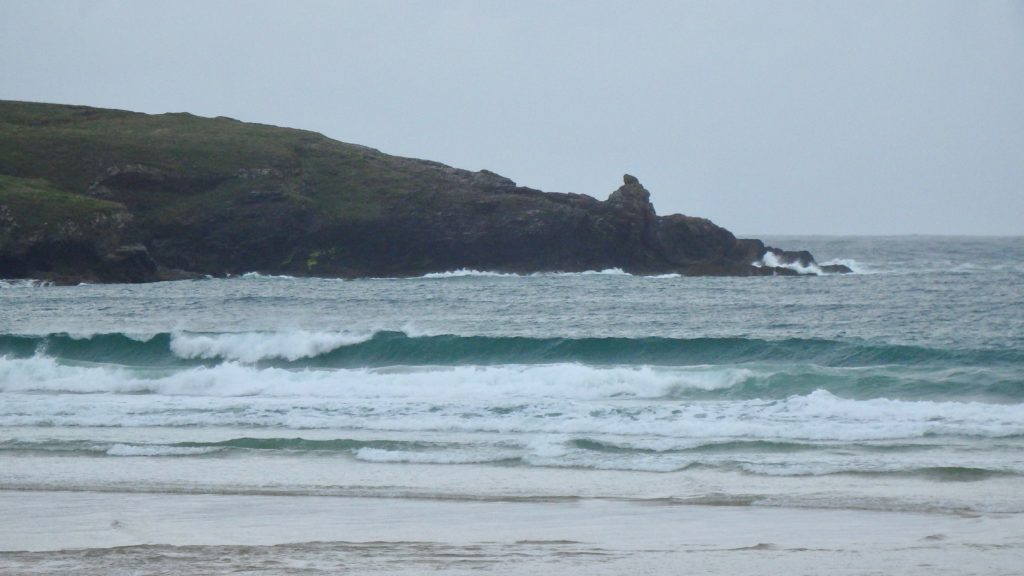 A rolling five foot atlantic swell combined with strong south westerly winds all add up to the prospect of another blustery day of surfing at Harlyn!
Sand dredging barrels, out of control hordes and that car park vibe will be waiting to greet you all day long!
Wax your bigger one, it could be a grinder of a day!

These blustery conditions look set to roll through the weekend, the wind easing up through Saturday afternoon but only for a while.
Otherwise we will continue to be buffeted by gusting westerly and south westerly winds, the three to four feet of bumpy and windtorn swell being pushed through by that wind.
So we are probably going to be choosing between riding those bigger and lumpier, thicker waves at Constantine or some much smaller but maybe smoother and hollower little barrels at Harlyn.
There might be that few hour spell during Saturday afternoon when the wind eases and maybe backs more southerly allowing the west side of the headland to clean up a little but otherwise it is looking bumpy and lumpy over this side all weekend long in amongst the showers!
And that looks like the way of it well into next week too, those medium sized swells being slopped and messed by mainly south westerly winds.
Have a great weekend, wherever you are and whatever you’re doing!