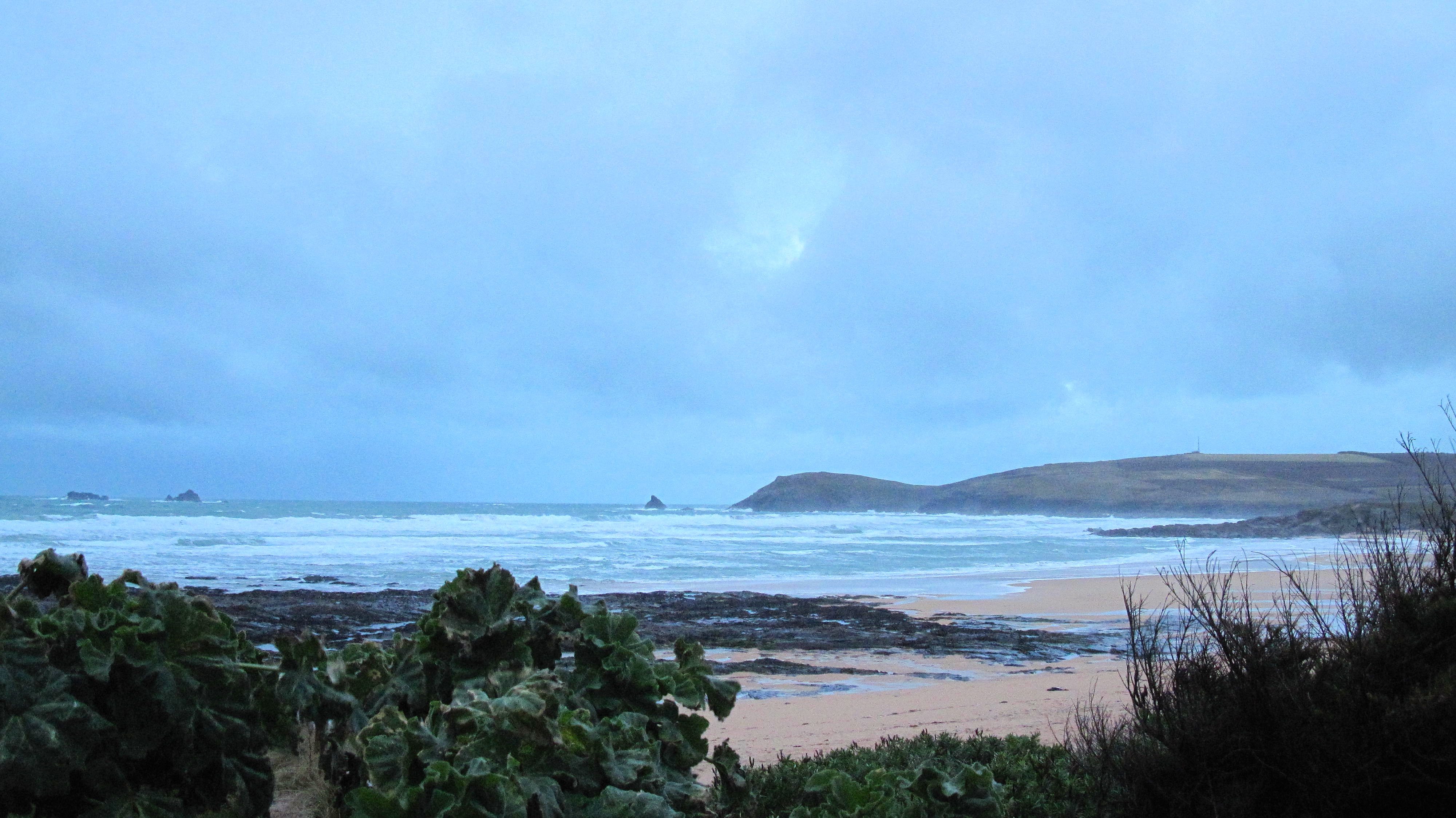 It’s wild and wonderful out there this morning, that north westerly screeching along the coast and driving heavy squalls right into the bay.
The surf is completely blown out as we would expect with such a strong wind.
And it’s not huge either.
There are white horses charging about all over the place between the islands and the shore but they don’t yet have that majesty to them, that slow motion effect that gives away the size when it does get real big. I’d say that it’s in the six foot range rather than massive. Given the wind strength that is probably going to change soon enough!
Either way, I’m not looking to rush in there and I can’t imagine why anyone else would want to. 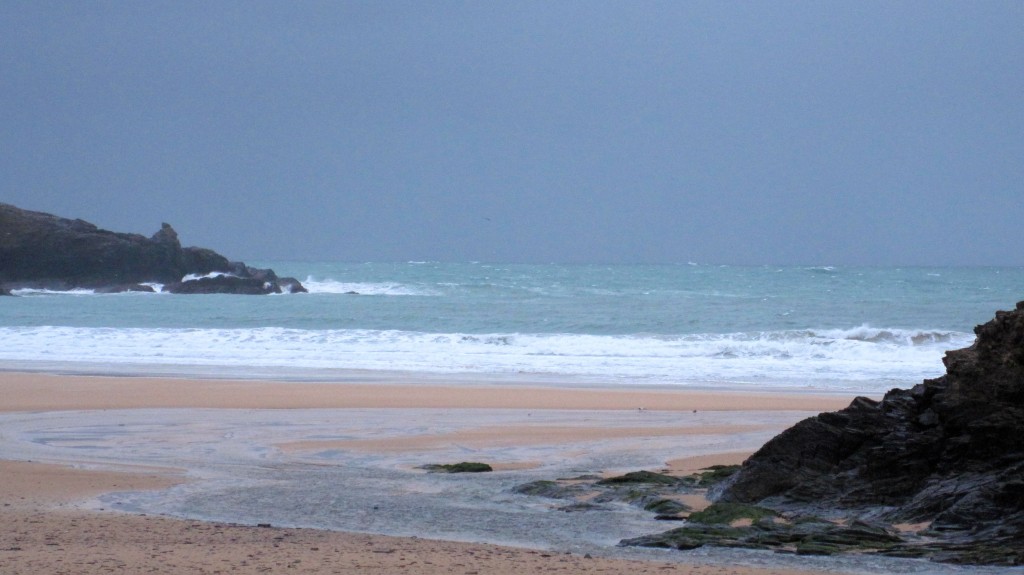 And it’s blowing a storm into the bay here as well this morning, that screaming northwesterly wind making a lot of noise and blowing sand everywhere while stirring the sea into a mixed up mess of storm surf. But again, it’s not really that big, given the conditions. Four to five to maybe six feet! But it is so disorganised and out of control, again, you wouldn’t want to be going in here this morning either.
Saying that, there is one hardy soul strolling down to the water with SUP and paddle on head, outsize wetsuit, helmet and vest.
So, in that situation, should you say anything?
Or is it that assumption that a highly experienced waterman is striding with purpose towards his destiny? Even if that destiny is only a blown out mess of storm surf with not much to reward other than the ’survival’ experience?
From what I’ve seen over the years often times the inexperienced do get away with it, blind ignorance saving the day. It’s those others who go to assist that end up struggling.
Yesterday there was a group of kayakers going out in that gale to storm force onshore with a three to four foot dump of wild and raggedy surf and they were part of an organised group.
So maybe it’s not my place to comment?
That is after all one of the big attractions about the ocean; you are on your own, hopefully communing with nature, occasionally though having a right royal struggle with the same nature.
I guess that it is all about knowing your limits!
Or maybe just being aware.
But if you do want to go get a surf without battling through storm tossed and wild, out of control waves then the south coast should be providing some very pleasantly shaped and fun waves to play in. 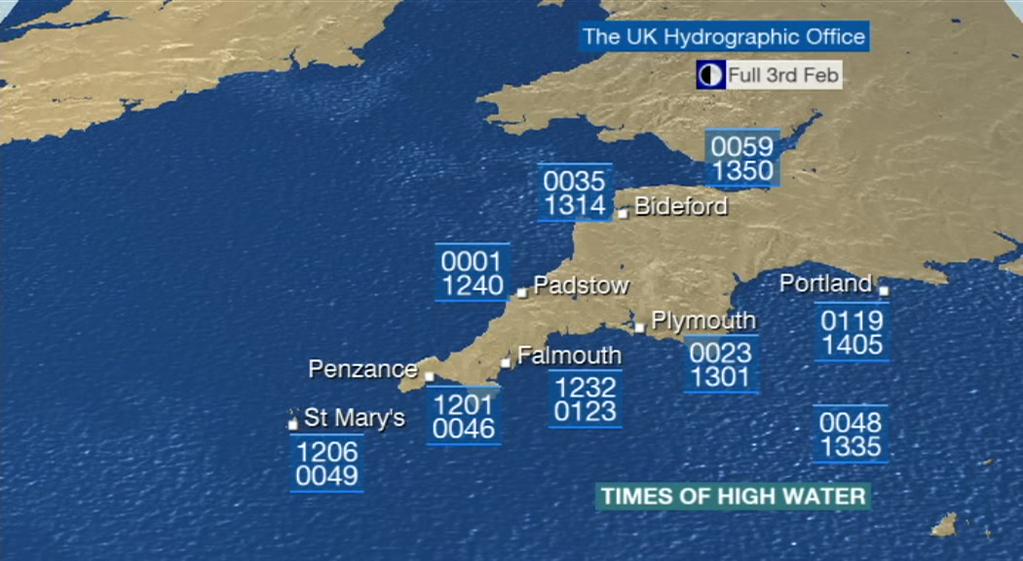 And on it goes.
Wild and woolly waves are still going to be chased into the bays by that screeching wind, maybe not as dramatically as yesterday but it is still going to be a mixed up mess of choppy seas. And those choppy seas are likely to be bigger than they have been all week, the energy of those storms transferring to the ocean swell.
The south coast is the only option for something cleaner, more organised and safer.

There are more storms still galloping our way through the back half of this week with storm force winds and mountainous seas being predicted from Thursday onwards.
The whole coastline is going to be battered for a few days leading up to the weekend, those howling north westerly winds sandblasting anything in their way while making for dangerous conditions out to sea.
The surf should increase in size throughout Thursday, growing in size as the wind strength increases, blowing all the way through to the weekend. Mountainous seas and stormy conditions are going to be driving the keenest surfers down to the south coast in search of shelter and somme relative calmness.
Batten those hatches down again, it is still a little way until Spring!
Have a great week, wherever you are and whatever you’re doing!