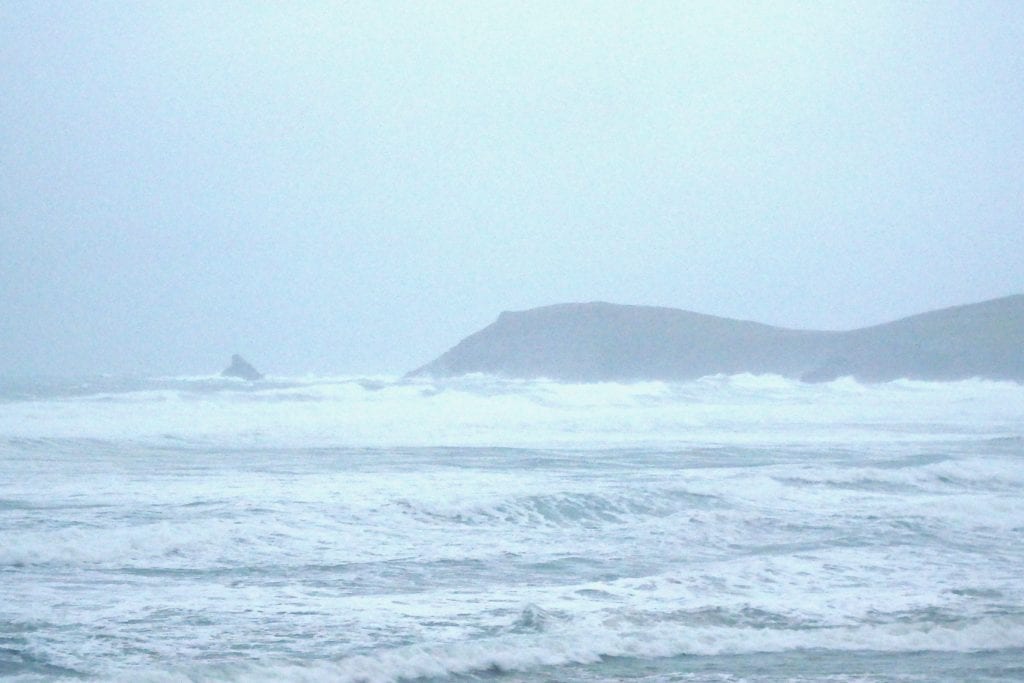 It’s wild and blowy out there as Diana storms our way this morning.
The sky is brightening though as mountainous seas batter and crash their way against the land, the wind screeching and roaring in from the west sou’ west, searching and probing for any mischief to hurl around.
It is a lively place to be but I don’t think that we want to cosy up to this one too much, there’s something a bit destructive just beneath that attractively exciting seascape front! 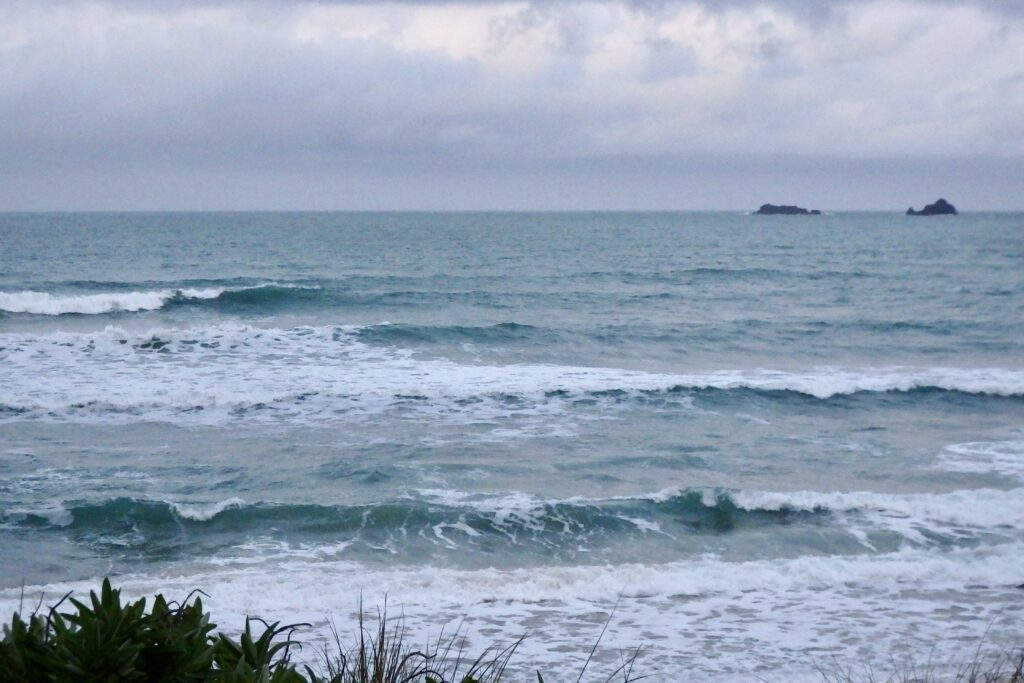 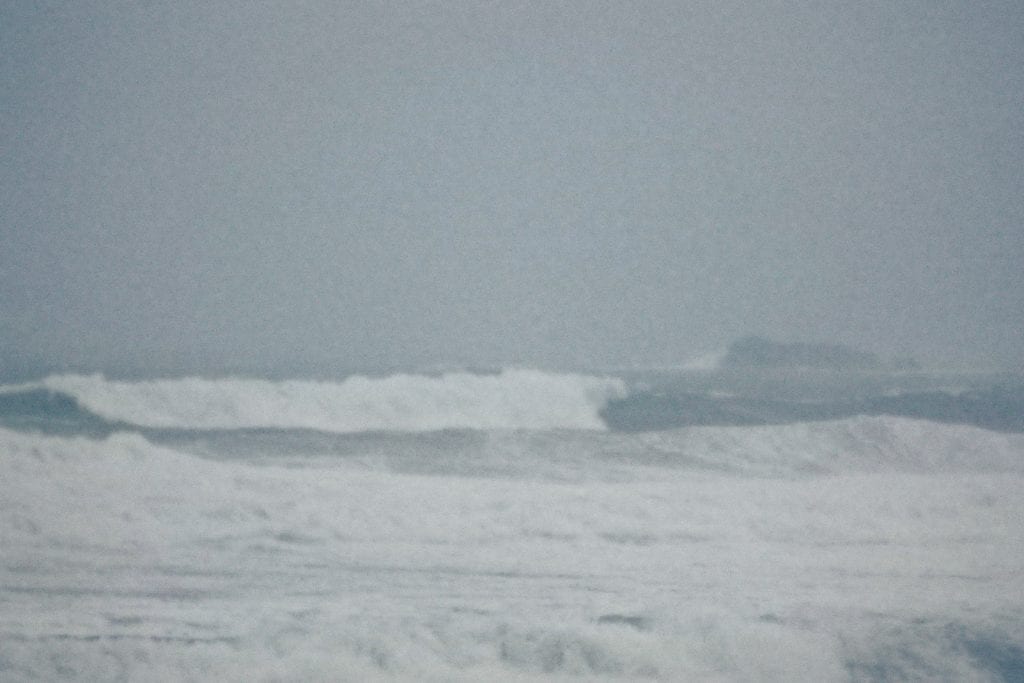 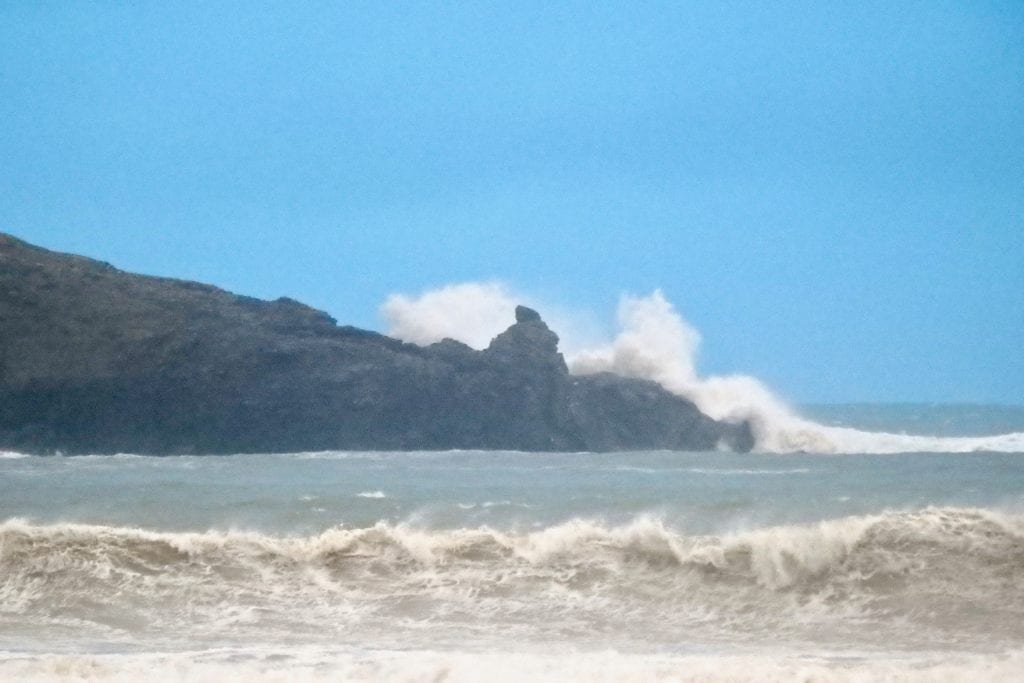 The storm is roaring in just a little too much from the west to allow the surf to be as clean or as hollow as hoped for this morning and the surf isn’t as big as hoped for either.
That is probably just a combination of that westerly wind pushing the swell past the bay along with a reasonably high tide. As the tide drops we might see some bigger lumps of waves exploding onto the shallower sand. And if that wind eases back to the south only a few degrees then we will see some cavernous barrels out there.
But time will tell on that one.
In the meantime the waves are more in the four foot region with the occasional much bigger set wandering in but generally there’s more of that thick and punchy stuff than anything mighty and hollow.
Yet.
That could change soon enough! 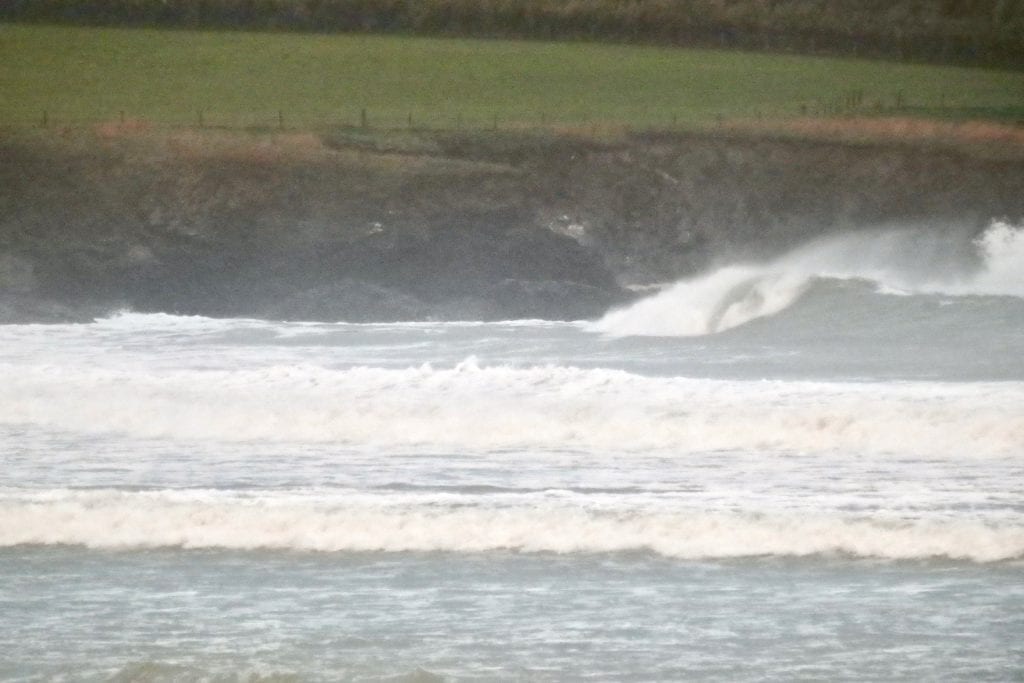 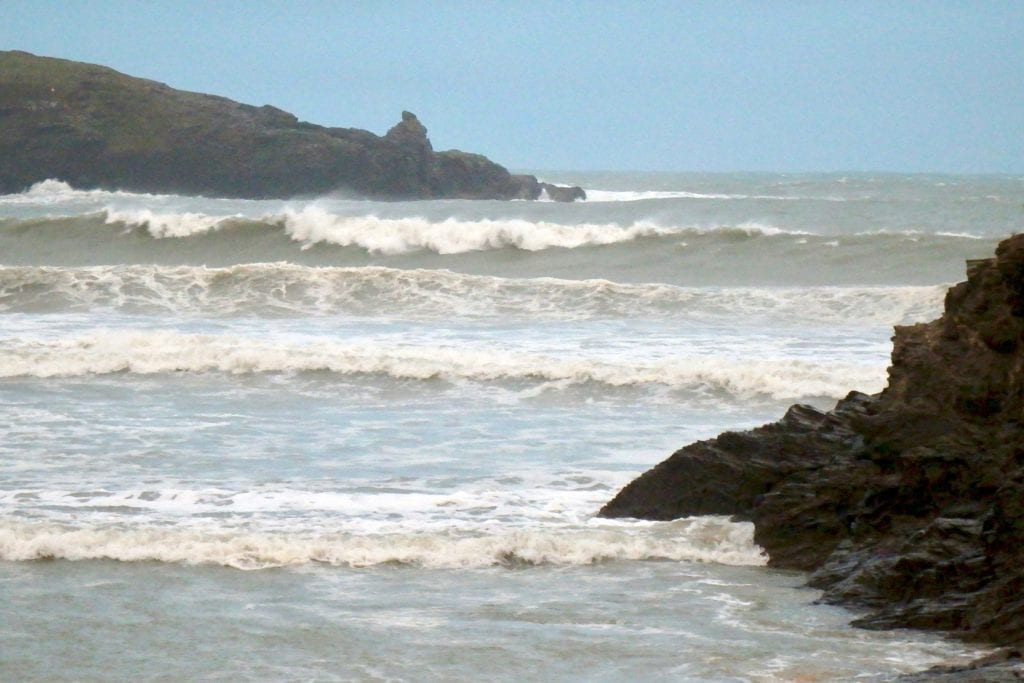 The wind will have eased today but not by much.
We will still be battered and buffeted by all day long by a brisk and pushy westerly wind. But again there will be plenty of long, dry spells to cheer us up, although the risk a of a chill and drenching downpour won’t be too far away.
So Harlyn will be our friend again today with three to four feet of lumpy and frisky but fun surf to play in.

A fairly typical Harlyn weekend is waiting for us this weekend, the wind calming to a steady blow, mainly from the south west, veering back and for between west south westerly, direct westerly (more Saturday afternoon) and back to straight south westerly for Sunday afternoon.
Saturday morning and Sunday afternoon should see the best of Harlyn with a still big swell running up the coast, more eight feet than six, strengthening and getting bigger again through Sunday, before getting really big as we launch into the first week of Advent.
With mid-teens air temperatures and plenty of dampness around, those blustery conditions are going to be flinging waves into all the nooks and crannies that this coast has hidden away, so with just a little local knowledge you should be able to find some great surf to play in!
Have a great weekend, wherever you are and whatever you’re doing!!