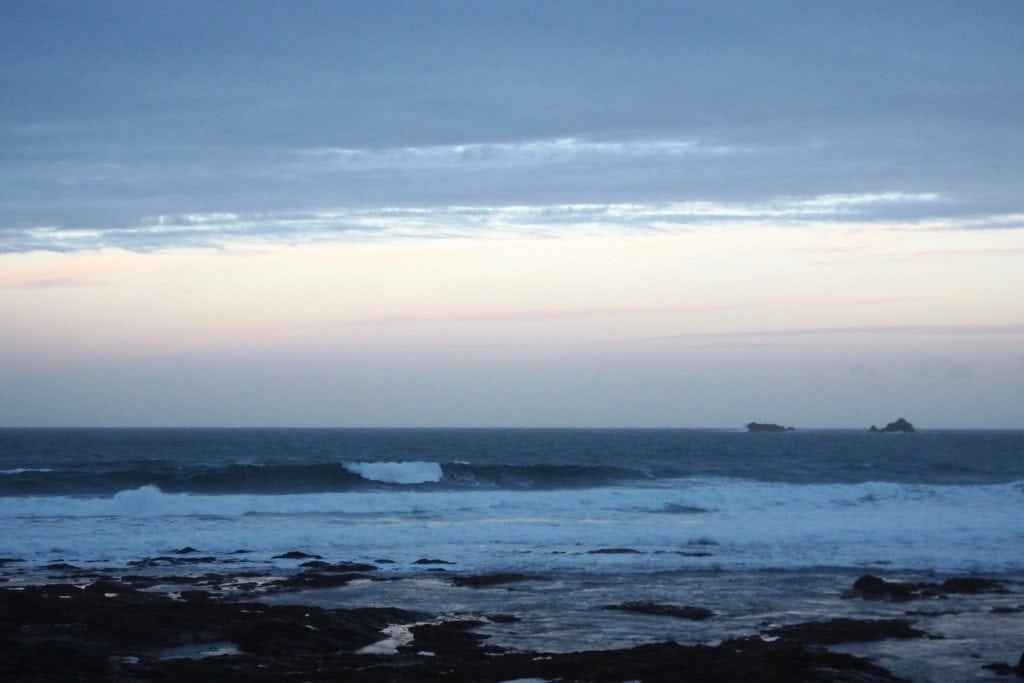 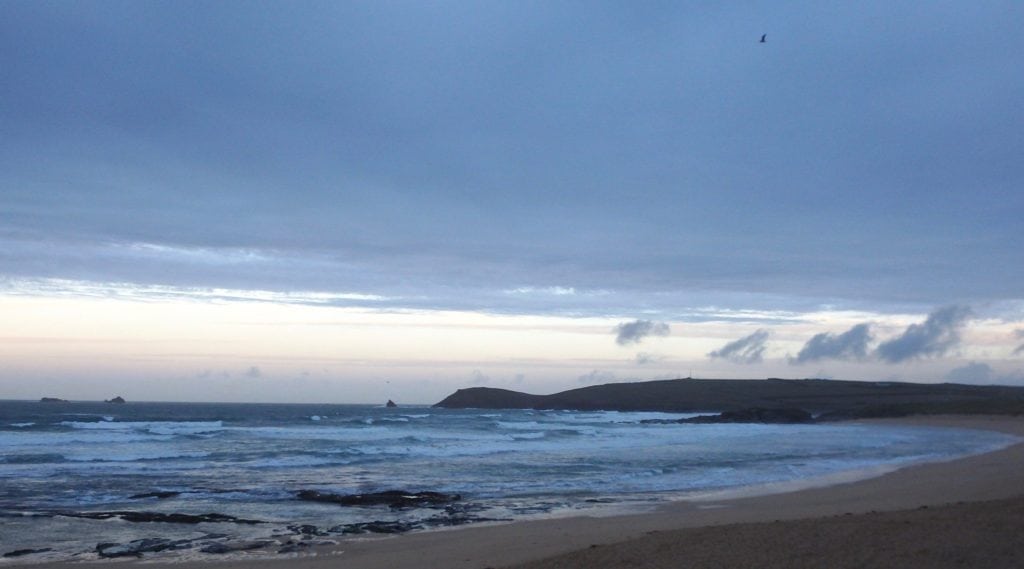 The groan of a damp and westerly wind is mixing with the screech of hungry birdsong and the boom of windswept waves this morning, that gusting westerly pushing in a thicker and lumpier, bigger swell than there has been.
Four to five feet of grey blue and wintery looking waves are exploding onto the Reef, the leftover peaks and troughs of those windblown swells washing into the bay. The tide is a couple of hours out on the dropping tide and so those waves are only going to be more exposed to the wind making for even choppier conditions. But this evening’s high tide might coincide with some slightly cleaner conditions and perhaps some bigger waves too!
Pre-HTC could just be a fun one! 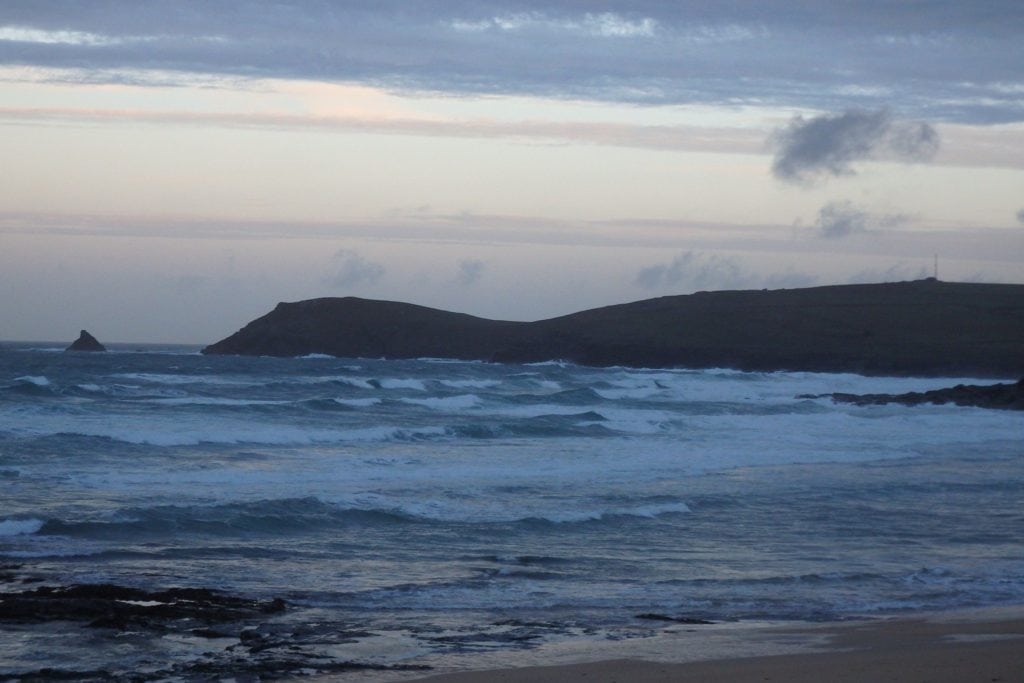 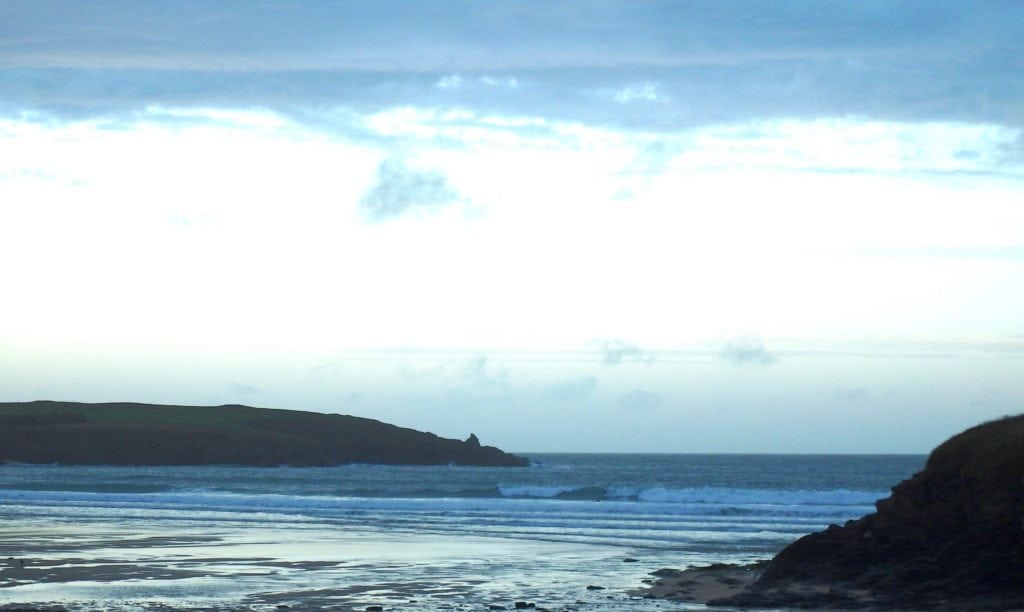 There’s a long wait for those thick and lumpy three foot plus set waves but when they do push in they are showing some power.
It’s all very grey and inconsistent but those waves are thick and hollow for their size when they do roll in. The westerly wind is blowing hard across the bay but the forecasts are predicting a drop off in wind strength this afternoon, just as the tide comes rolling back in.
So it could all get a little thick and uneven and inconsistent as the tide drains away through the day but it should improve throughout the afternoon as that tide helps to push along those wide swinging swells that are swooping around the headland. 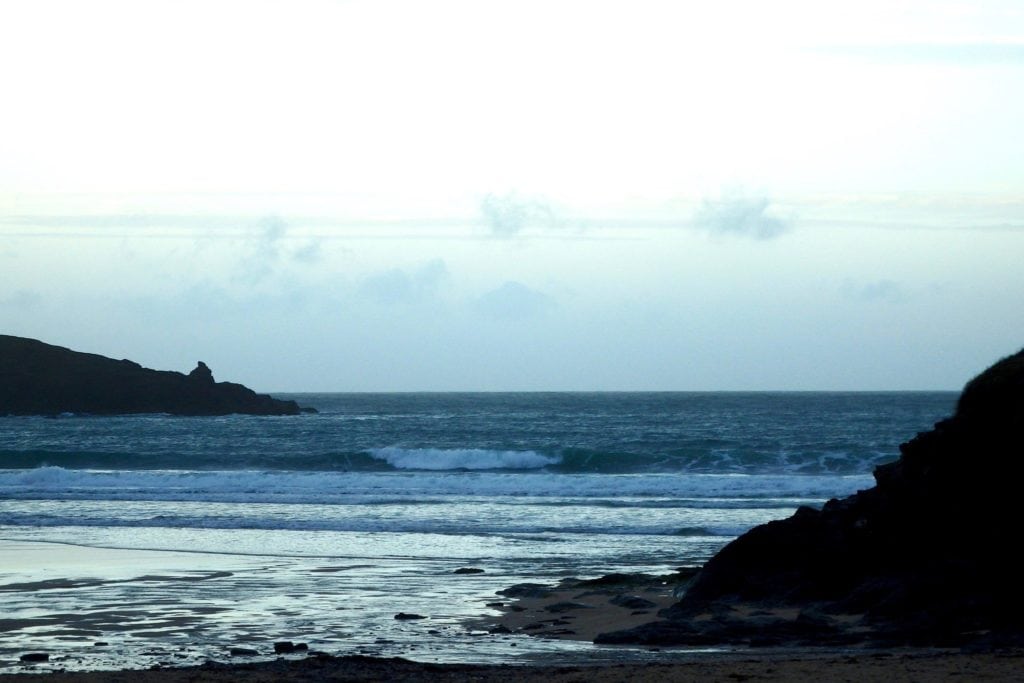 More onshore winds will be blowing in from the south west this today, making a mess of the slightly smaller but still three to four foot surf.
And so we should be enjoying either there to four foot but chopped and messed surf at the main breaks or two to hopefully three feet but clean surf at the sheltered spots!
I don’t think that we’ll be seeing much in the way of sunshine though!

Onshore winds are going to continue to blow in through the weekend, the south westerlies of Friday veering more to the north through Saturday before returning to the south west for Sunday.
The swells are likely to gradually ease off through the weekend as well but still staying mainly in the three feet range.
And so Saturday looks to be a day of onshore winds and thick and lumpy, mainly four foot surf breaking sloppily with those onshores blowing in at all of our surf breaks. Saturday evening might show some cleaner and calmer conditions but it is still likely to be mostly sloppy everywhere.
By Sunday the wind is likely to have quietened and swung to the south west, onshore at our main breaks but offshore at our sheltered spots. That swell is likely to have weakened as well though, leaving Harlyn with only small surf, maybe in the two foot range. But hopefully a very pretty and organised two feet!
The start of next week is looking really very promising though!
Have a great weekend, wherever you are and whatever you’re doing!