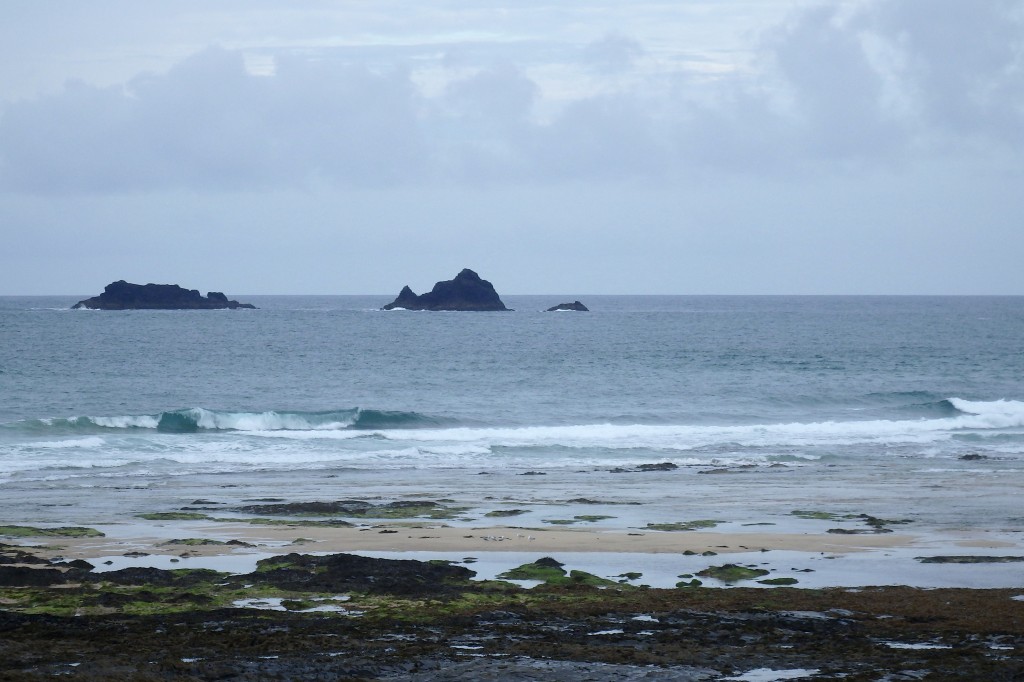 Slivers of blue are creasing the otherwise still grey sky this morning, those brighter bits gradually spreading, hopefully producing a lighter and brighter day eventually!
The wind has dropped a lot leaving a light westerly breeze to ruffle the still wind ravaged swell. So the surface of the sea is still a little lively but some of those wave walls are trying to smooth themselves out, especially on that peak that is turning itself inside out a couple of hours or so ahead of low water.
We could just end up having a funner than expected session as the tide pushes back in through this morning and I would think that it might just end up being bigger than you would expect by just looking at it!
Yep, it could just be okay later! 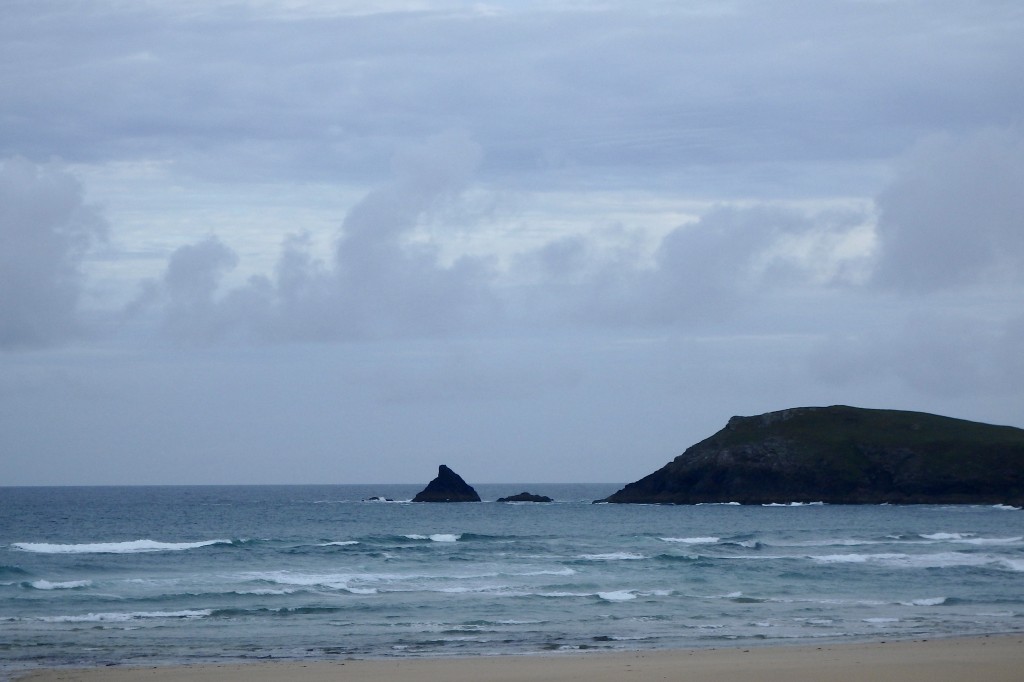 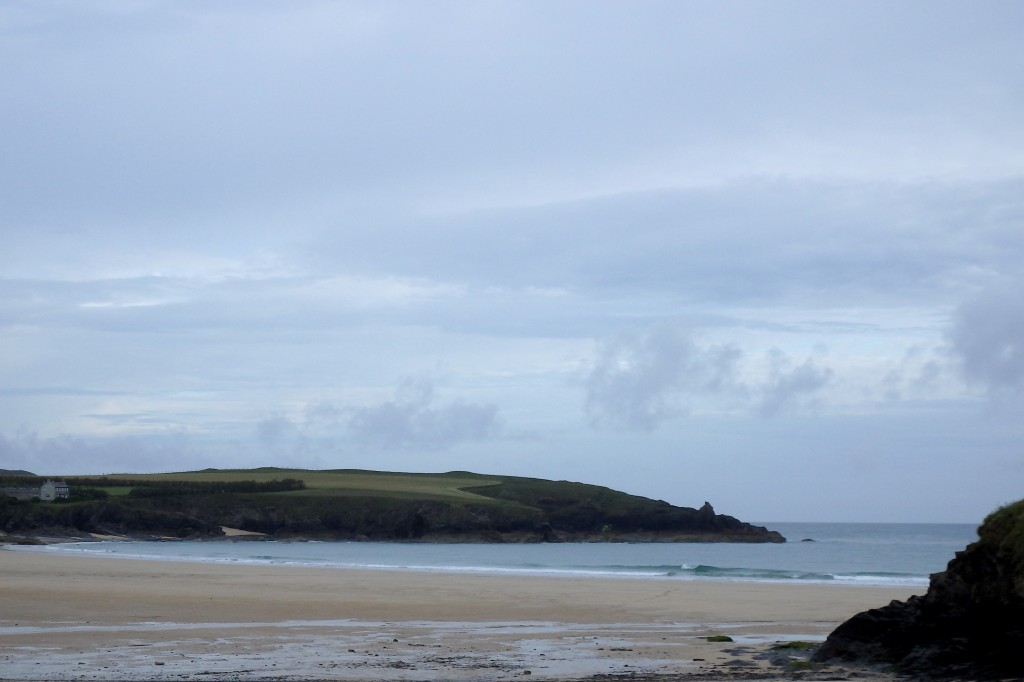 There are some cute little wavelets shuffling onto the beach as the tide empties out here this morning, a foot at most, smaller for most of the time.
That could or should change as the tide rises again through the morning but it is still going to be tiny at best. The breeze is keeping those little waves all glassy and pretty looking but we could do with a bit of extra strength in that swell to push a bit more size into the bay.
I can’t see that happening any time soon though! 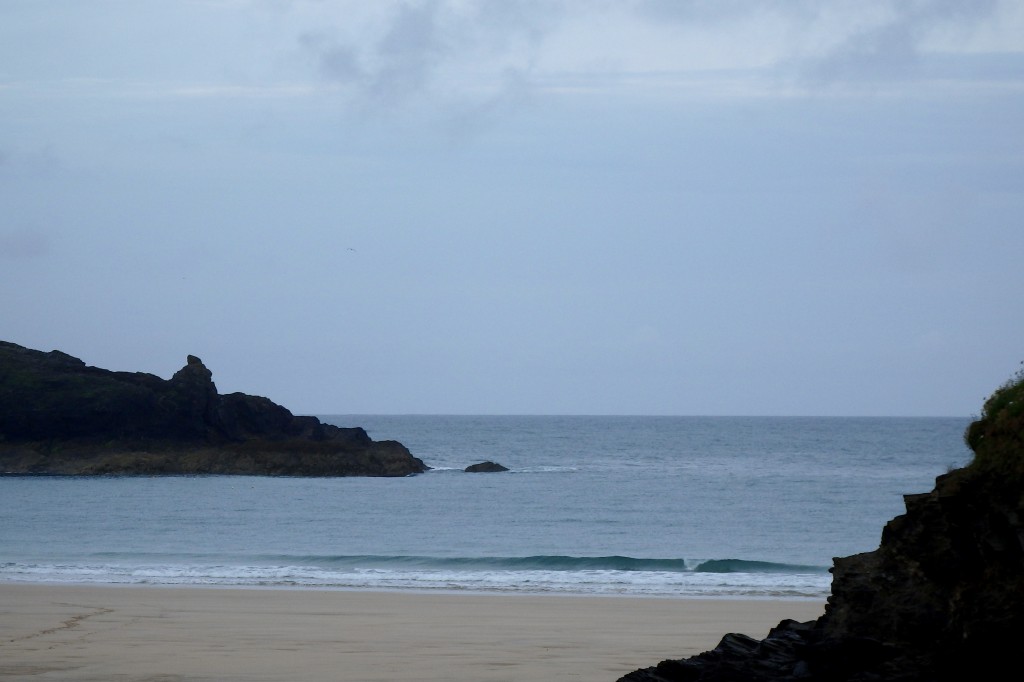 More two to three foot surf should be being pushed through by a strengthening westerly wind again today, producing small but sloppy and choppy surf at Constantine, smaller but cleaner conditions at Harlyn.
Another showery and breezy day lies ahead, the surf a little lacklustre, the weather mixed and the temperature lower than we would choose for this time of year. But there should be waves and at least they should be more than rideable – it can often be flat, flat at this time of year!

I’m away for a few days on Friday and so there’ll be no Surfcheck until next week.

A breezy weekend lies ahead with mixed weather and bumpy, lumpy surf at most of our preferred local surf breaks.
A half decent three to four foot swell should be rolling our way through Saturday, a strengthening westerly wind making for choppy conditions at the more exposed spots, Harlyn being our favourite when it’s like this. It is likely to be a bit sloppy at Harlyn in this wind though and it is unlikely to be that big either but it should still be big enough and clean enough to be more than fun!
By Sunday the surf is likely to have weakened a little while that wind continues to blow fresh from the west. Two to three feet of slopped and chopped surf at our main breaks as is good as we can expect today!
Next week promises something brighter, maybe only a little brighter and maybe just a little warmer too.
But the surf looks as though it might just continue to be fairly uninspiring, a weak couple to three feet of wishy washy stuff along with those light onshore breezes is as much as we can hope for to start the week with!
Have a great weekend, wherever you are and whatever you’re doing!