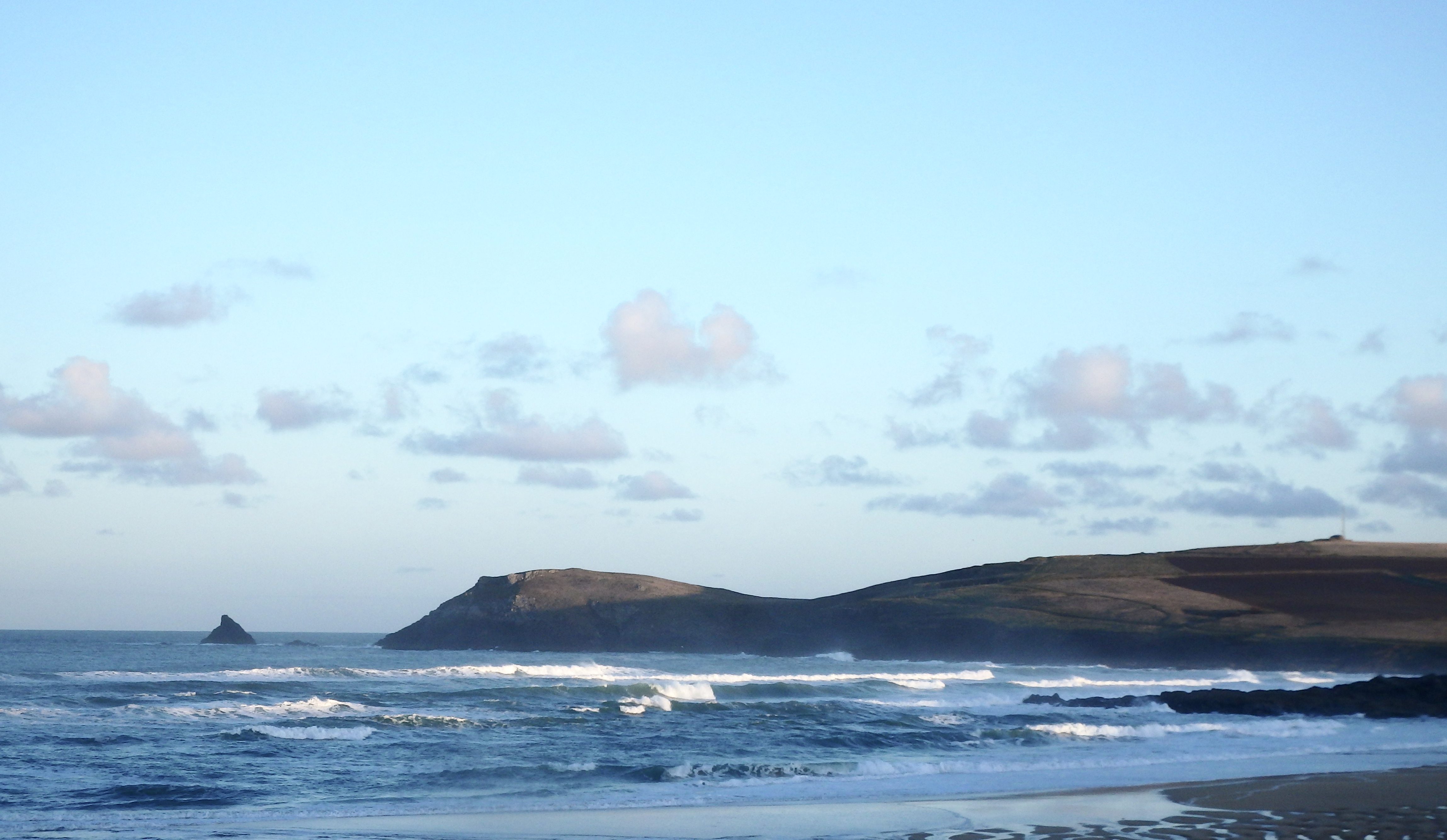 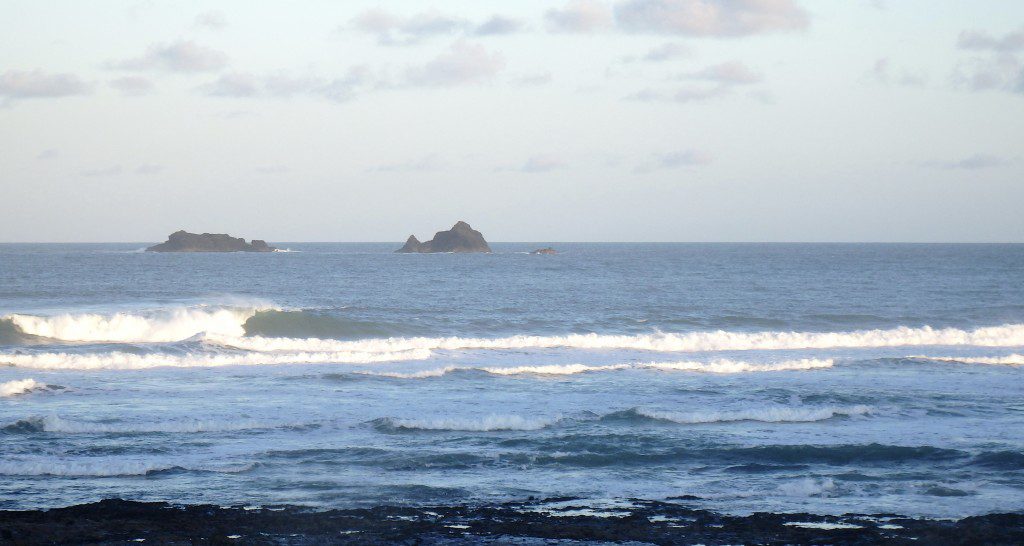 Bright and settled, sunny conditions seem to have settled in for a wee while, the breeze is light (a bit chilly being from the north but we can live with that for a couple of hours at dawn!) and the sun is bright!
The surf isn’t much better than okay, that onshore breeze having its effect but there are those occasional four foot waves that are standing tall before churning themselves inside out across the end of the Reef or doing the same over on the Slab. Those ones will offer a hollow if a bit bumpy a ride straight into the rip for a speedy paddle back.
That could be fun but you will have to time it right!
Hopefully the breeze will slacken further allowing for even cleaner conditions and then we could be seeing some good surf, maybe just on the tidal drop later this morning.
Yep, it’s worth keeping your eyes on it today, the surf could just turn on when you least expect it!
And of course it can always be a bit more enjoyable in that gorgeous sunshine! 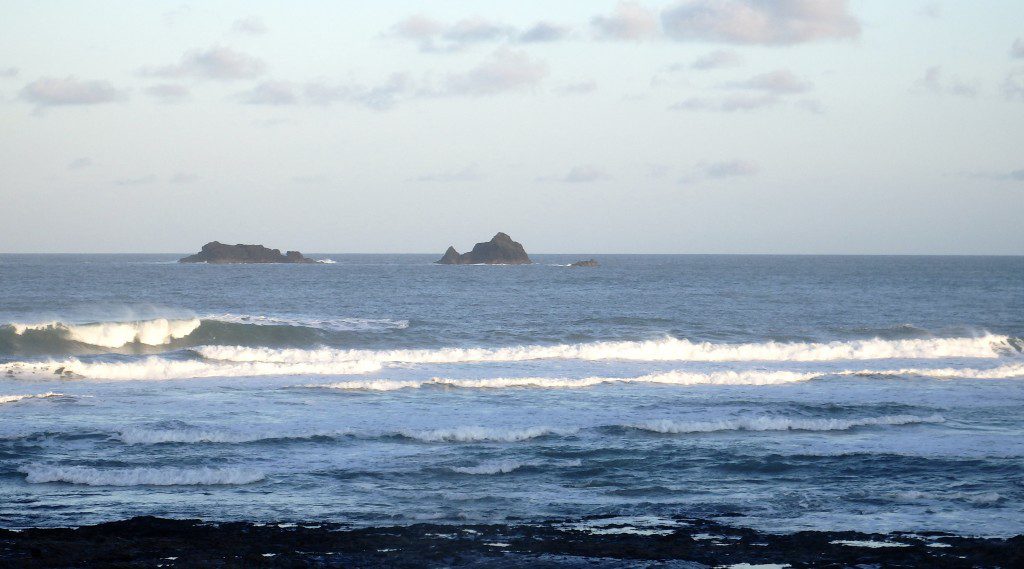 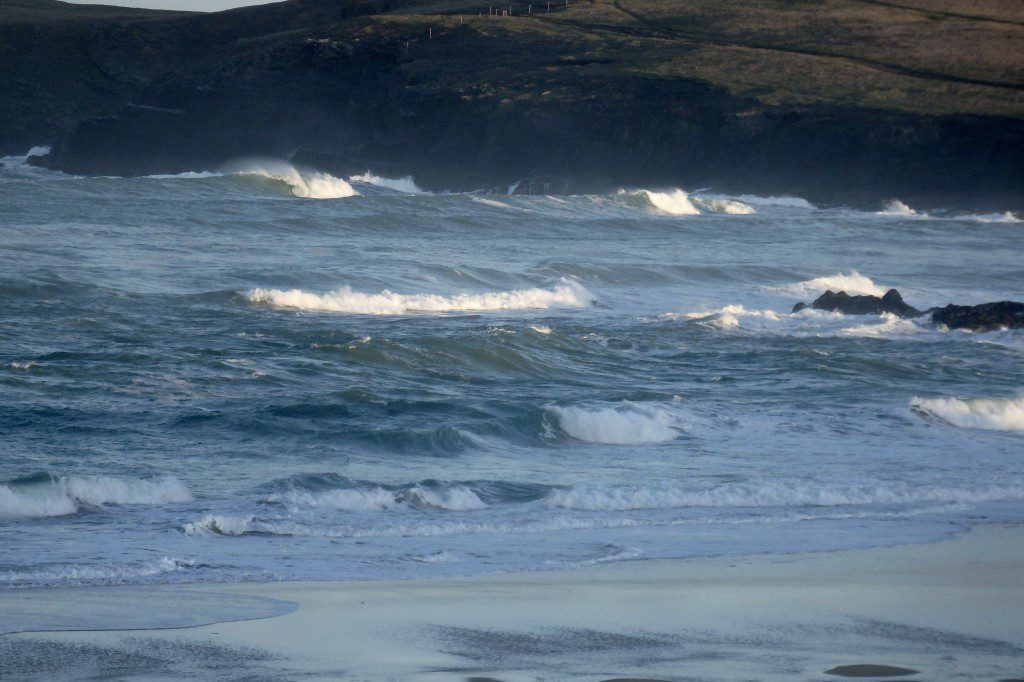 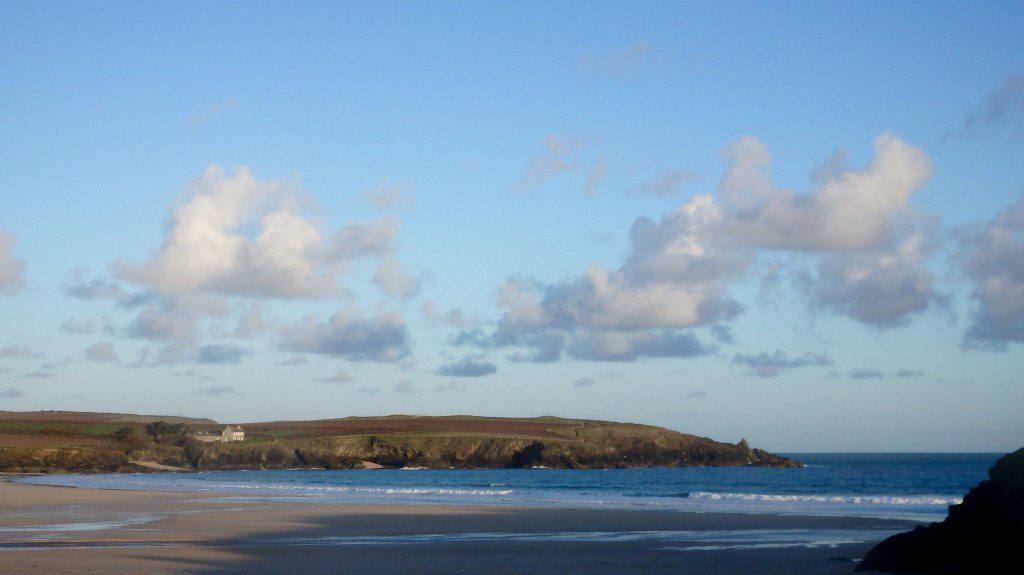 There’s not much happening over here this morning, barely a foot of onshore ruffled wash is tickling the sand, all blue and white in that bright sunshine but not really up to being surfed.
With the swell slowly weakening throughout the day, it looks like all the action is going to be over on the other side of the headland.
It’s not great over there but looks fun enough to get a decent session or two in! 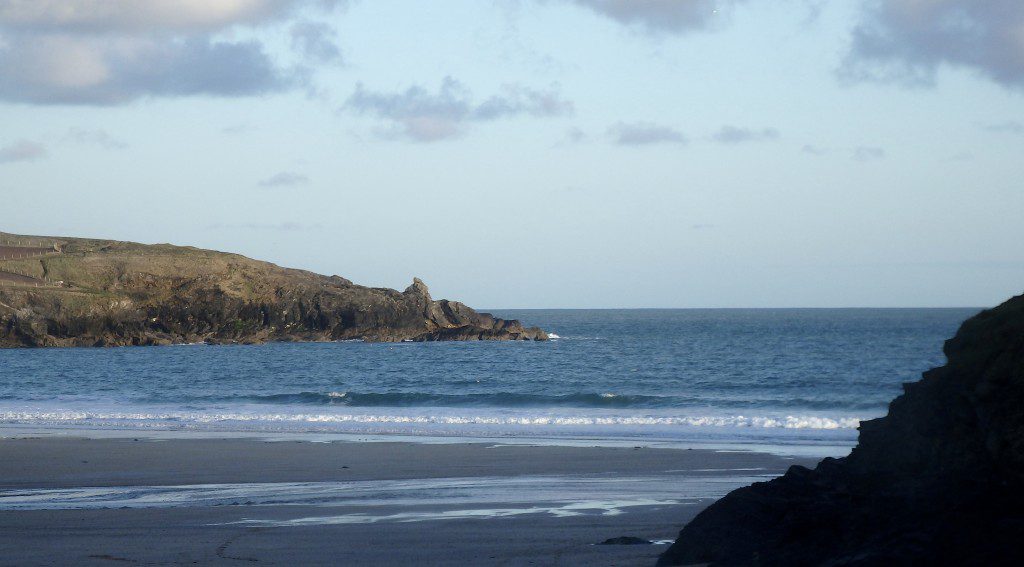 The wind is likely to have switched back to the south west overnight, onshore at the main surf breaks but offshore at Harlyn.
There’s not going to be that much swell around in the morning meaning that we are going to be waiting around all day for signs of that new swell, which should arrive through the afternoon.  Or evening.  Or later!
But it will eventually roll through and it should be solid enough to throw some fun waves around to Harlyn.
Keep your eye on it all today, it could just get very good by evening time!

A new swell should be rolling our way to end the week. A thick and solid, proper Atlantic swell in the six foot size range with a mid-teens wave period to it.
We should start to see the effects of that swell through Friday evening, a south westerly wind helping to drive that swell our way but also being offshore at Harlyn and so helping to shape and mould those waves that manage to swing all the way around and into the bay.
By Saturday we could just be enjoying epic conditions at all of the main surf breaks along the north coast of Cornwall.
The wind is forecast to blow steadily from the south east, straight offshore, into that rolling six foot swell.
All of the breaks should be going off and, after a maybe murky start, the weather should cheer up too.
It could just be a very good day to go surfing!
The breeze will eventually revert to the south west again through Sunday as the swell gradually weakens and drops off. But the morning should still show some really very good surf conditions while the afternoon will probably see us scurrying around to Harlyn again for some clean but small surf.
Yep, it’s looking good!
Have a great weekend, wherever you are and whatever you’re doing!