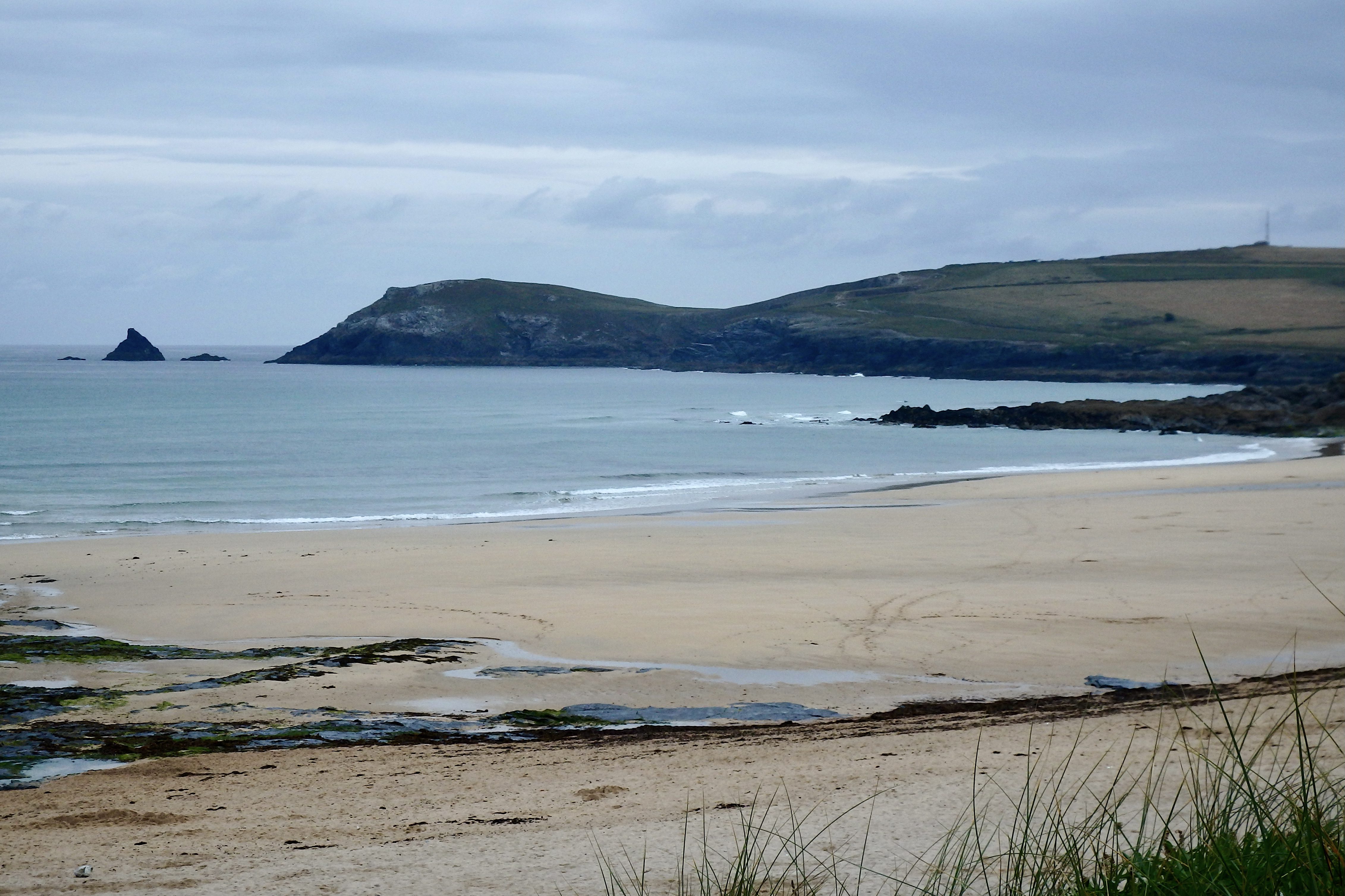 A strong sou’ wester is blowing into the bay this morning allowing all those sea birds to soar and glide and rip and tear their way across the shallows.
They’re surfing those winds better than anyone is going to be surfing the sea waves today!
And there are a lot of waves being pushed ashore, too many really!
Four feet of windtorn and ragged waves are tumbling over each other as they’re being pushed and shoved into the bay by that gale while long streaks of dark clouds are promising at least a short downpour here and there.
The skies are likely to clear soon enough and any showers are going to be short lived in this wind, they will soon be blasted away. Hopefully the wind will ease too but that might be a more gradual thing, maybe taking until this evening.
In the meantime the surf should steadily build, getting big by this afternoon.
But in this wind there’s only one place locally that stands out:….. Harlyn! 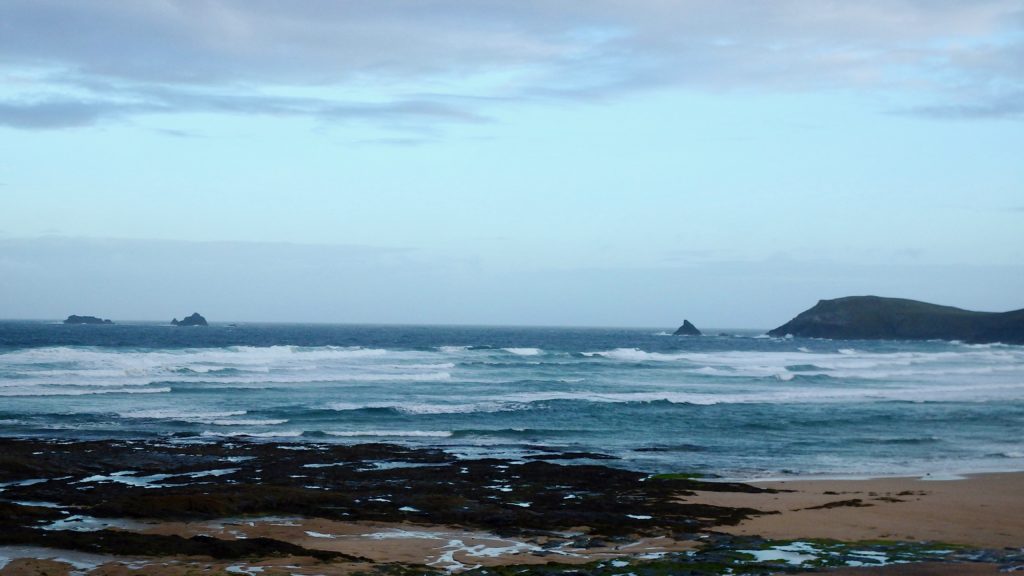 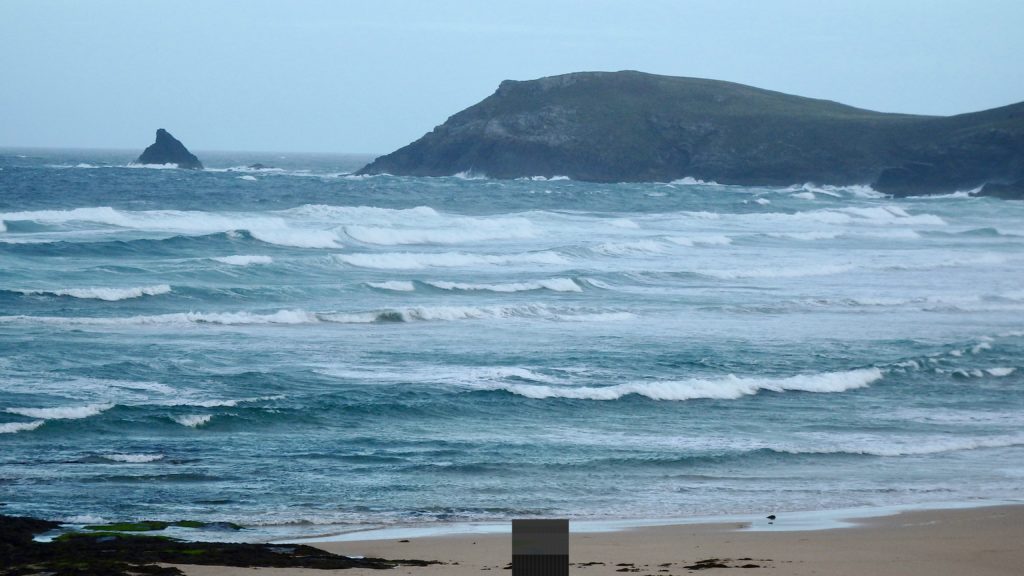 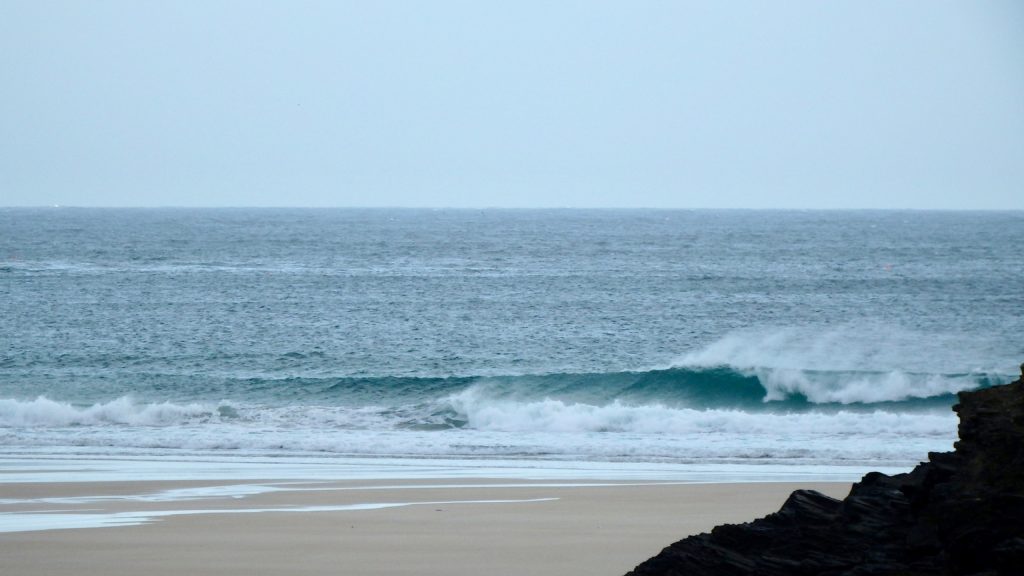 A couple of feet of offshore wind groomed little barrels are snapping at the sand right now as the tide slowly eases its way to low here this morning.
Lines of sharp and crisp waves are being held up tall by that gusting south westerly wind, only eventually crashing down hard when the shallows are met.
There’s a building swell being blown our way today, the howling south westerly wind only gradually easing and calming.
We should be seeing a decent three to four feet of churning barrels spinning across the sand by this afternoon, board snappingly heavy and sun shiningly beautiful, it is likely to get quite busy too! 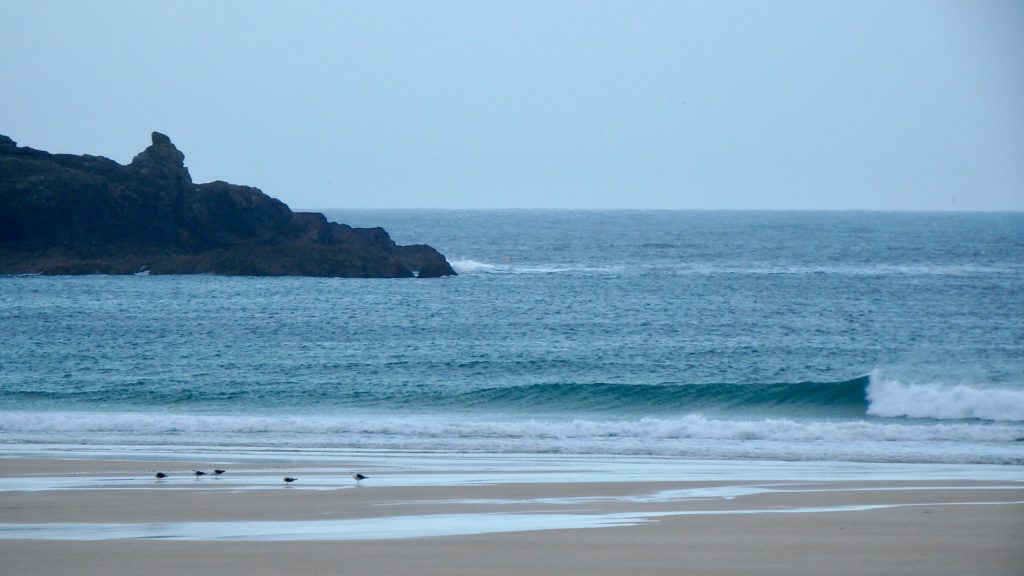 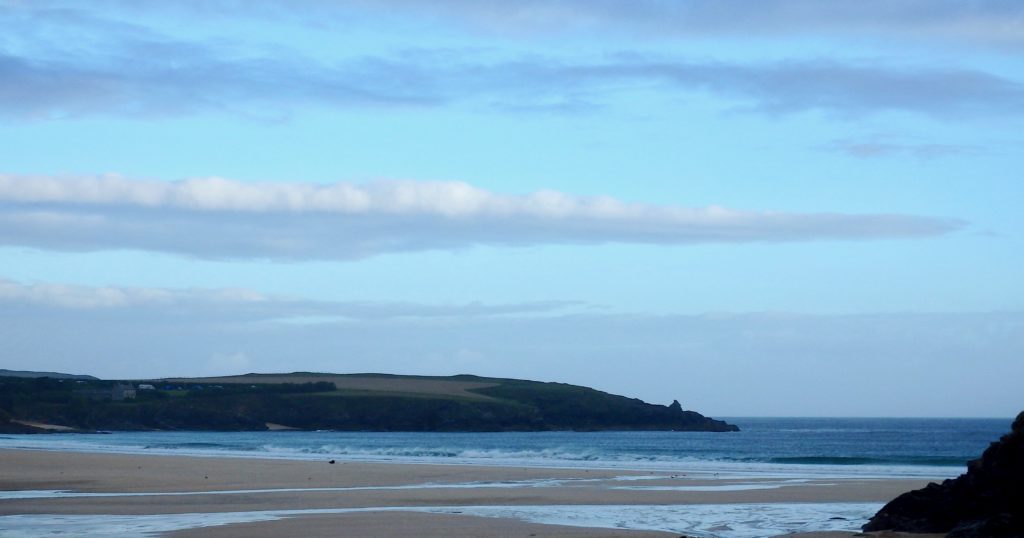 Westerly, going north westerly winds are going to be chilling the air as much as they are going to chop the surf today.
Smaller and choppier, mainly junk surf is likely to greet us today, the wind gradually calming but only slowly, while the swell continues to ease throughout the day.
We should see some much brighter weather though, the day ending with some slightly cleaner surf and pleasant weather conditions.

The onshore winds of this week are likely to continue right through the weekend, the swells easing in size after that frenzy at the end of the week.
Bright weather should cheer us all up but those north westerly winds of Saturday and the possibly damper west sou’ westerly breezes of Sunday are going to keep the air temperatures more autumnal than high summer.
We should see a half decent sized, three to four feet of swell bumbling through all weekend but it is likely to be only weak and sloppy, with a choppy and fairly localised windswell rolling our way.
And that will take us well into the start of next week, the middle of the week looking better for weather along wit cleaner if much smaller waves!
But that is getting ahead of ourselves!
So this weekend is likely to be not much more than a bit of fun, playing in that three to four feet of choppy swell! But that’ll do at this time of year – it is quite often flat for a while during mid-summer!
Have a great weekend, wherever you are and whatever you’re doing!