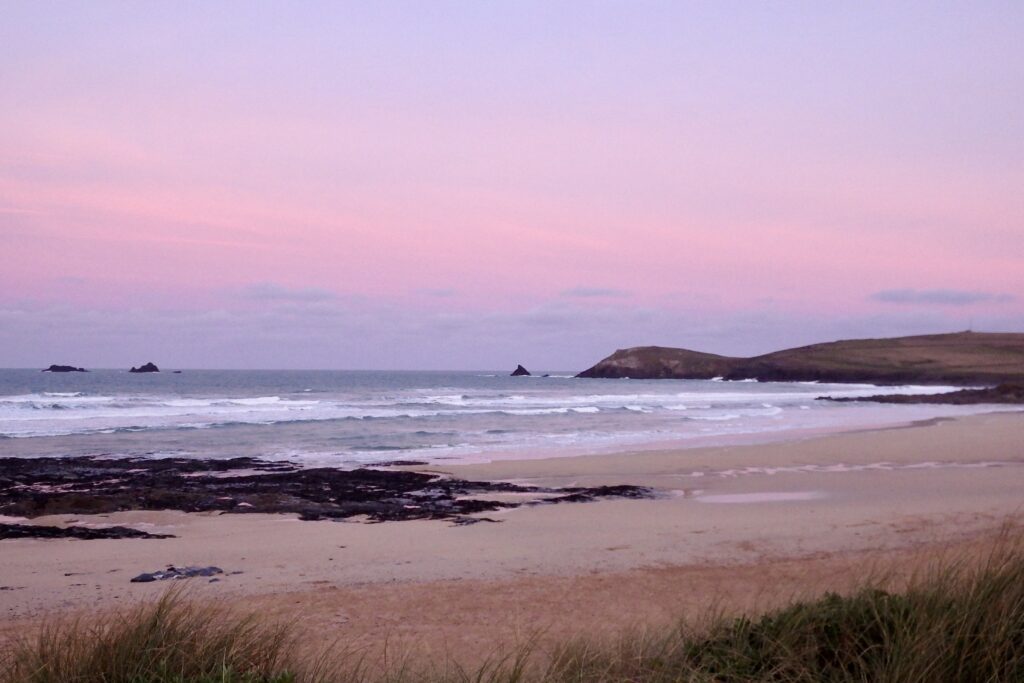 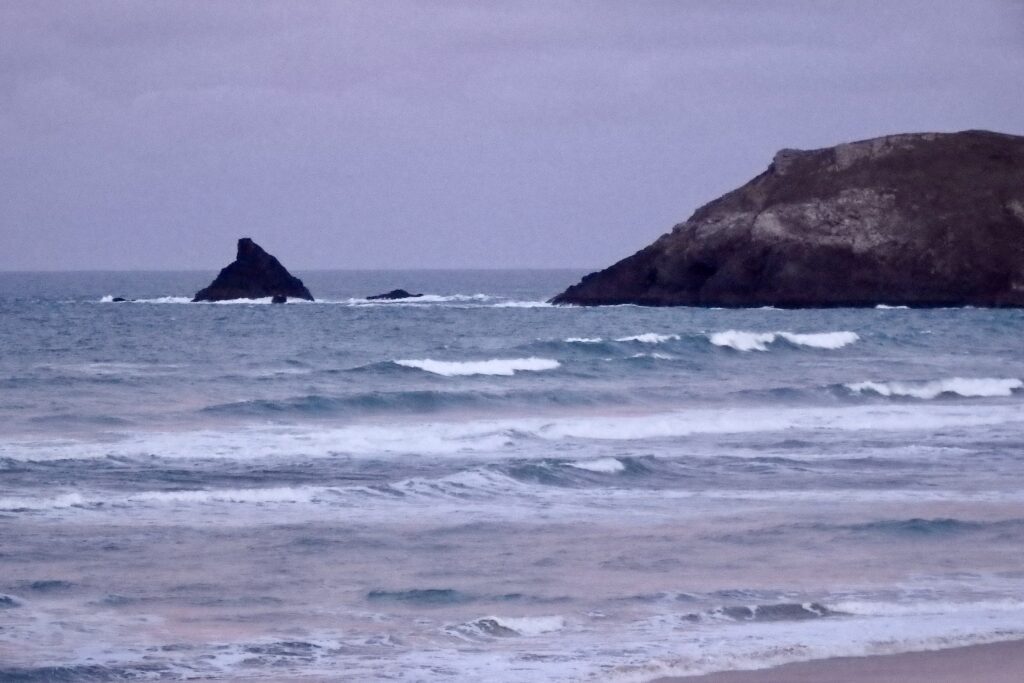 A fiery pink sunrise is upsetting the shepherds this morning as dawn explodes over the far horizon casting that beautiful light show across the ocean.
The breeze is only light so far but it will strengthen through the day, blustering in from the south west by this evening. In the meantime though there’s three to maybe four feet of only slightly sloppyish surf bumbling into the bay as the tide starts to push its way in.
With the swell and wind both predicted to strengthen as we go through the day, we’ll probably all be heading around to Harlyn by this afternoon, that is if you can resist the temptation to shuffle into Padstow for the Padstow Christmas Festival where there are more celebrity chefs wandering around town than you can shake a celeriac stick at!
Either way, it looks like we are in for a good time whichever way you do it! 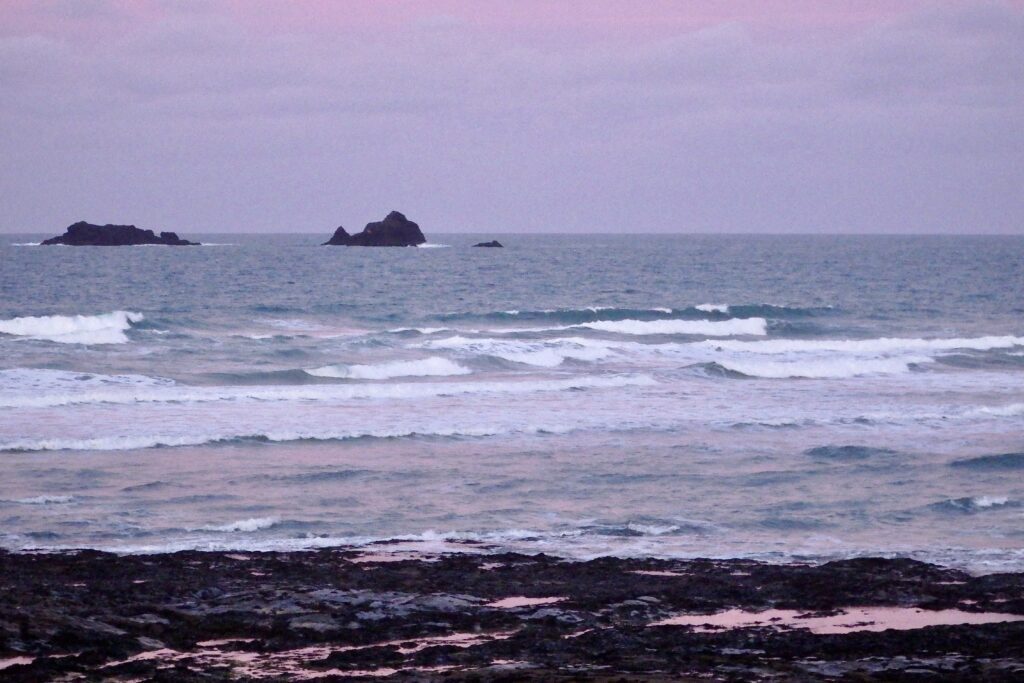 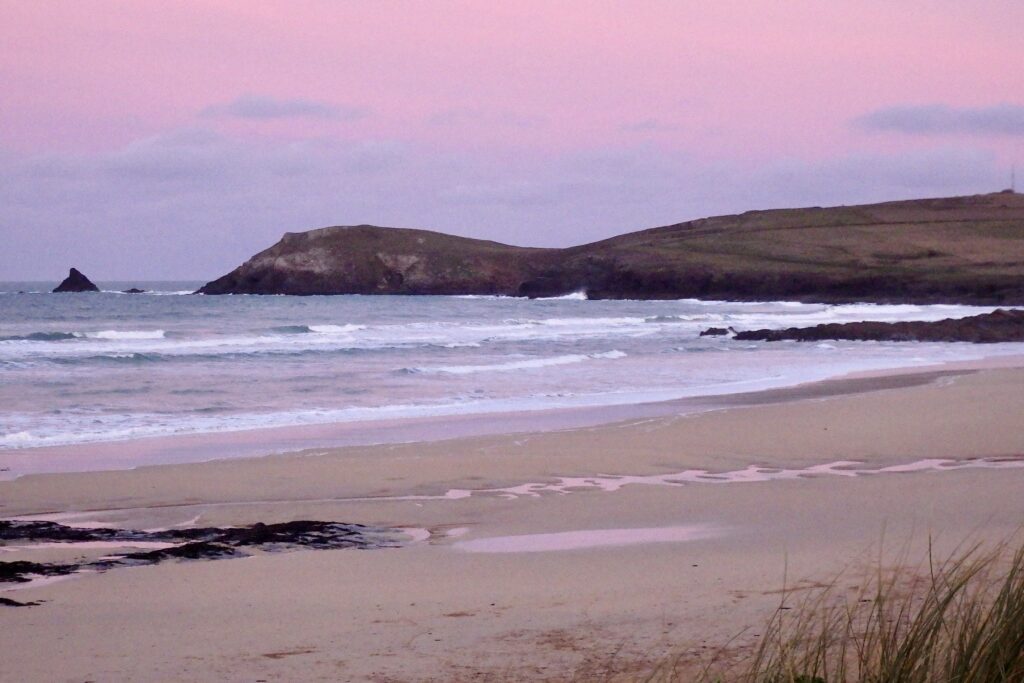 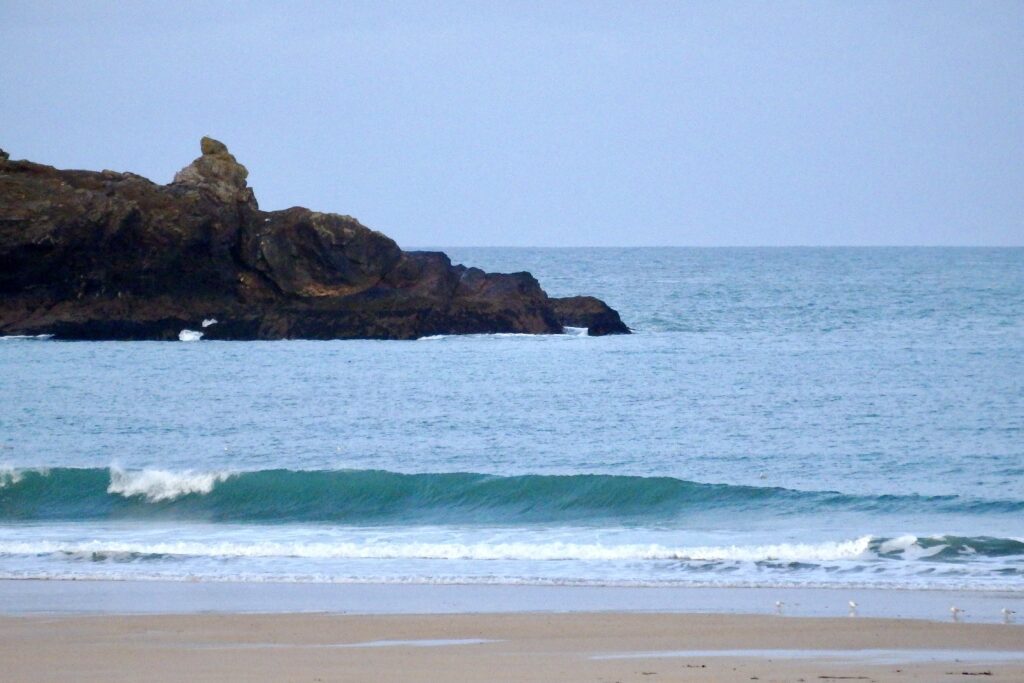 A foot or two of smooth and snappy surf is trying to spark some interest, the odd set wave staring to unfold with some enthusiasm.
By this afternoon the swell should have doubled or more in size while the south westerly wind will be blowing offshore here.
Yep, it’s all looking good for later at Harlyn today! 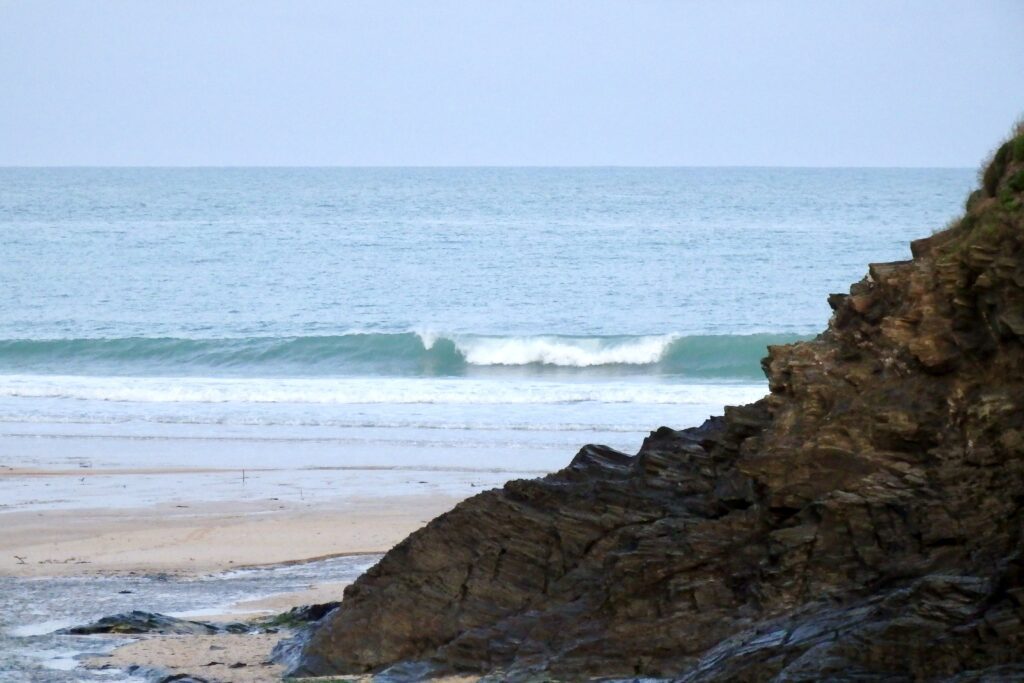 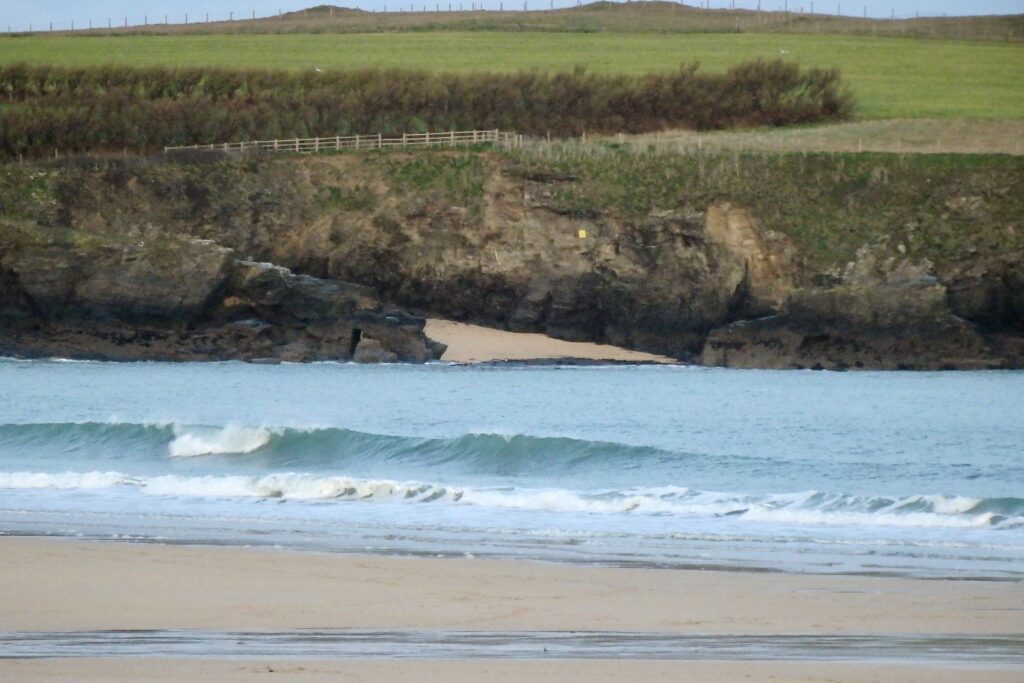 Four to six feet of thick and lumpy, fairly close together, rolling swell should be crashing onto the coastline of Cornwall all day long, the south westerly wind of the morning making Harlyn appealing but eventually giving way to something blustering more north westerly by the afternoon.
So, Harlyn for some chunky barrels followed by a fab time at the Padstow Christmas Festival, eating, drinking and just absorbing the bonhomie of that pre-Christmas foodathon!

The wind looks as though it’s going to gradually strengthen as we cruise through this weekend, the weather threatening to test the marquees at Padstow Christmas Festival but not putting anyone off the lure of fabulous food, drink and greta company.
Starting out steady and mainly from the south west through Friday morning it won’t be long before westerlies and then north westerly winds will ruin the surf conditions even Harlyn. Before that though we should have a morning of four foot tubes at Harlyn!
By Saturday that wind should gradually ease back to the south west allowing Harlyn to bowl and barrel again. But that might not happen until later on Saturday morning or early Saturday evening.
The surf is likely to have another push of swell by Sunday bringing it into the ‘big’ size range by Sunday afternoon. But of course that wind will be blustering in strongly from the north nor’ west making a mess of all of our surf spots locally.
If you want some clean surf on Sunday then you’ll be wanting to skip on over to the far coast – there should be a variety of breaks over there offering some great surf choices!
And then that’s the way of it for next week too! Strong onshore winds will be pushing through some wild and woolly swell for a good while yet!
Have a great weekend wherever you are and whatever you’re doing!