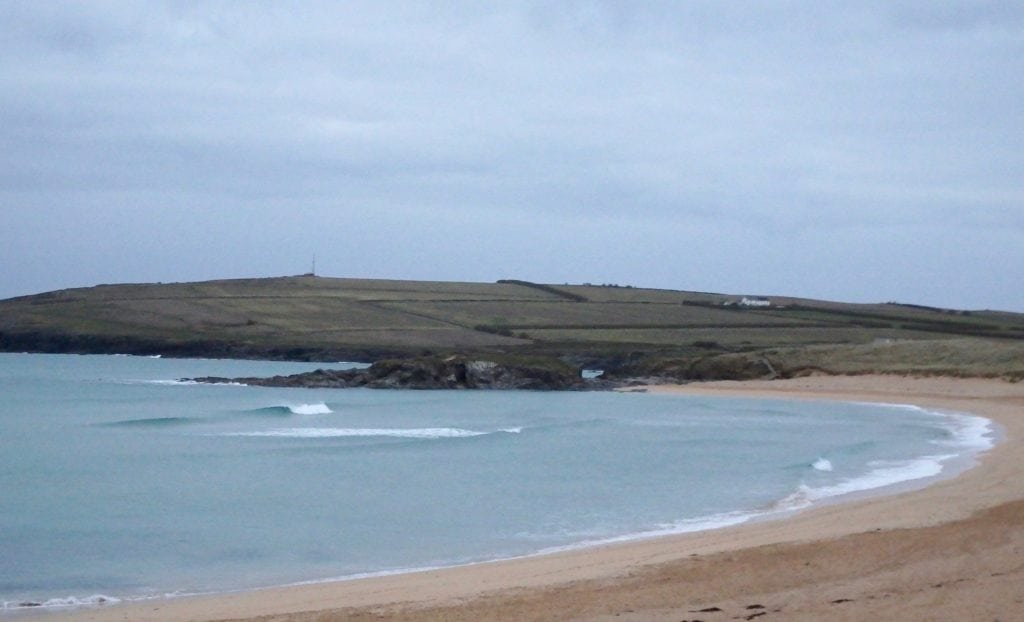 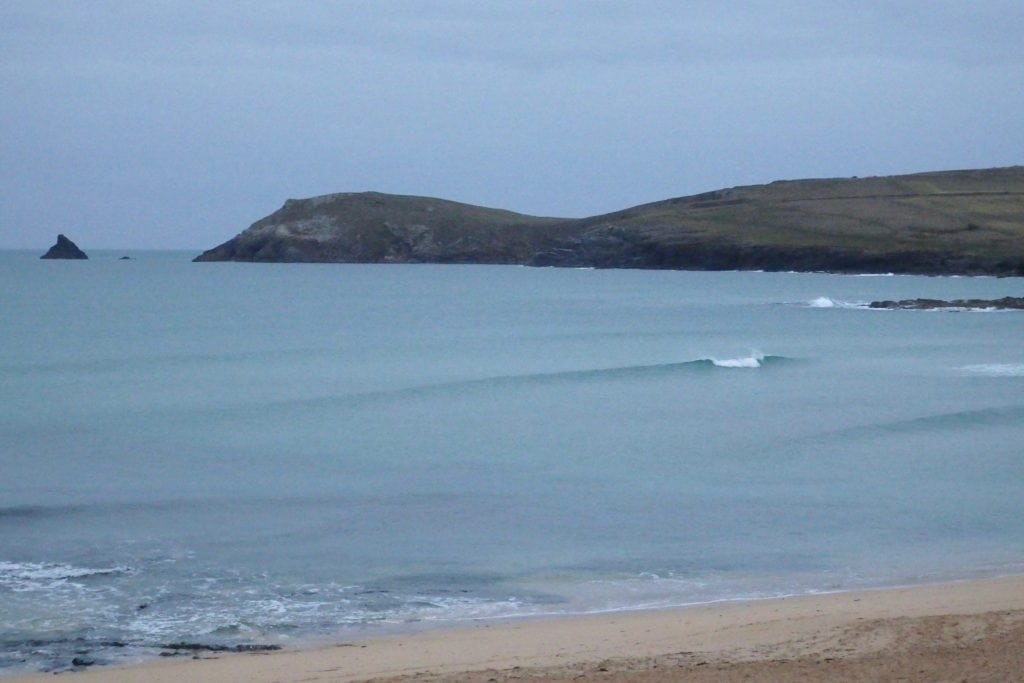 The dark coastal horizon is being brightly lit by a magnificent sunburst dawn that is lumbering over the other, far horizon this morning, making for an atmospheric dawn down on the the beach.
And there is a tiny wave breaking prettily in the corner too.
A foot or maybe, just occasionally two feet of prettily peeling little peaks are gliding across the bay, enticing you to wax up a longboard and go for a glide.
The breeze is light and offshore, drifting in from the south east and it looks as though the bright side is going to win the war of the horizons while that tiny little swell looks quite settled, so it might just be worth getting a little glide on! 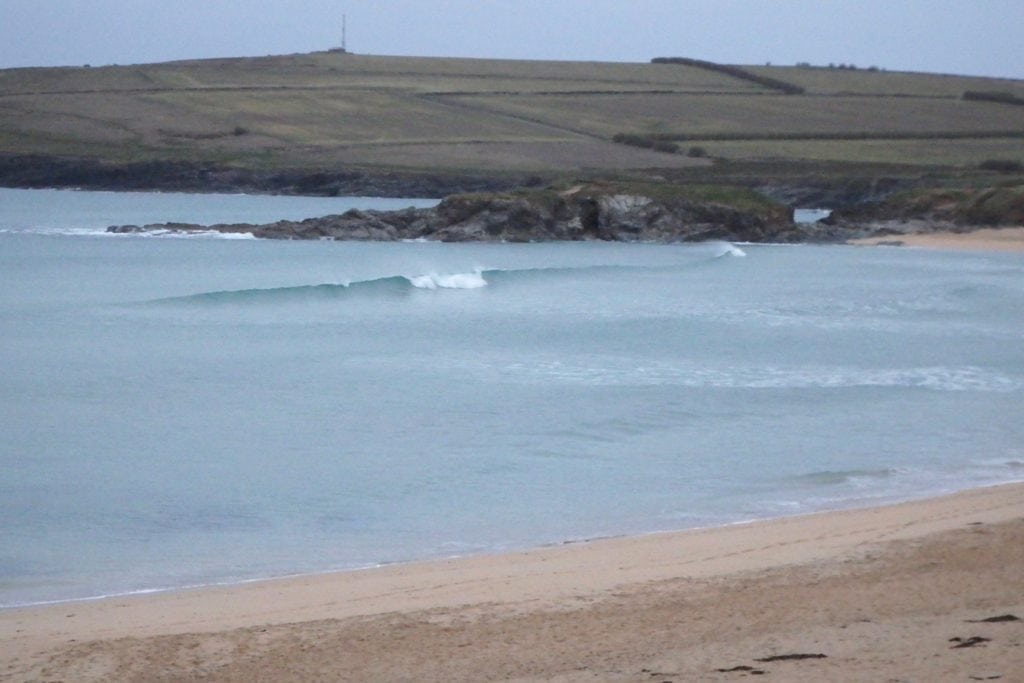 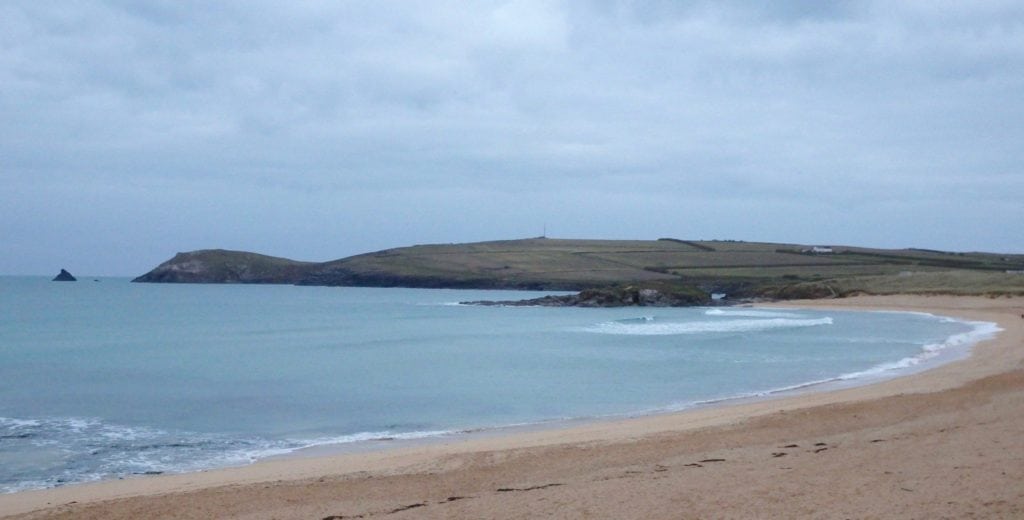 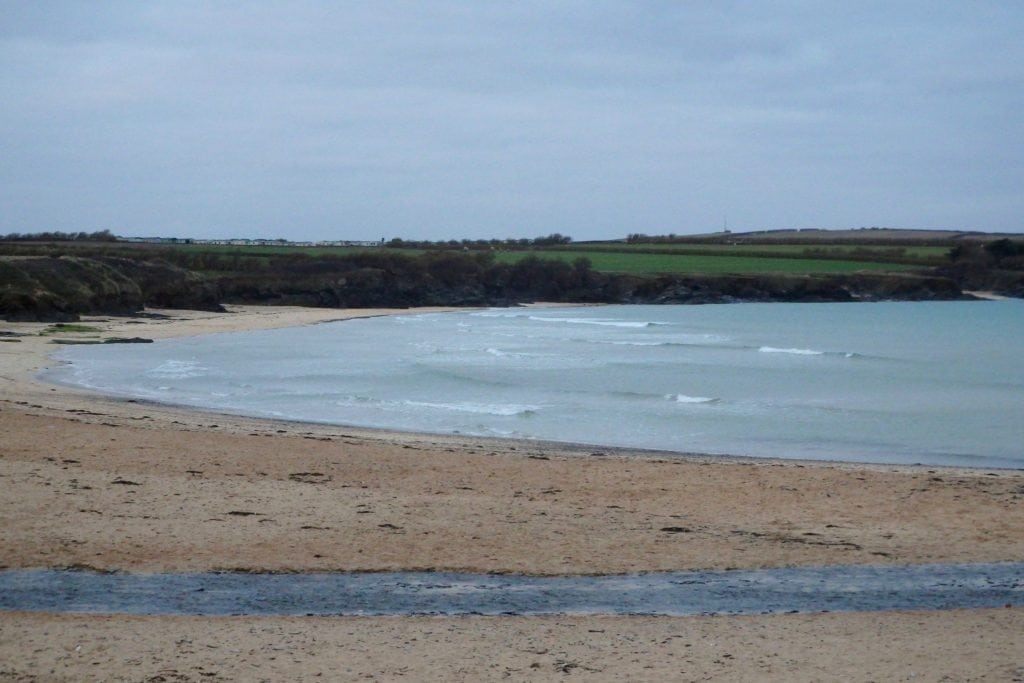 The surf is pretty much flat here again this morning as tiny little ripple lines spill ashore.
The sky is brightening from the East as the Western gloom evaporates slowly and so it is an atmospheric place to be, early in the morning but there’s little (no) chance of having a surf here today! 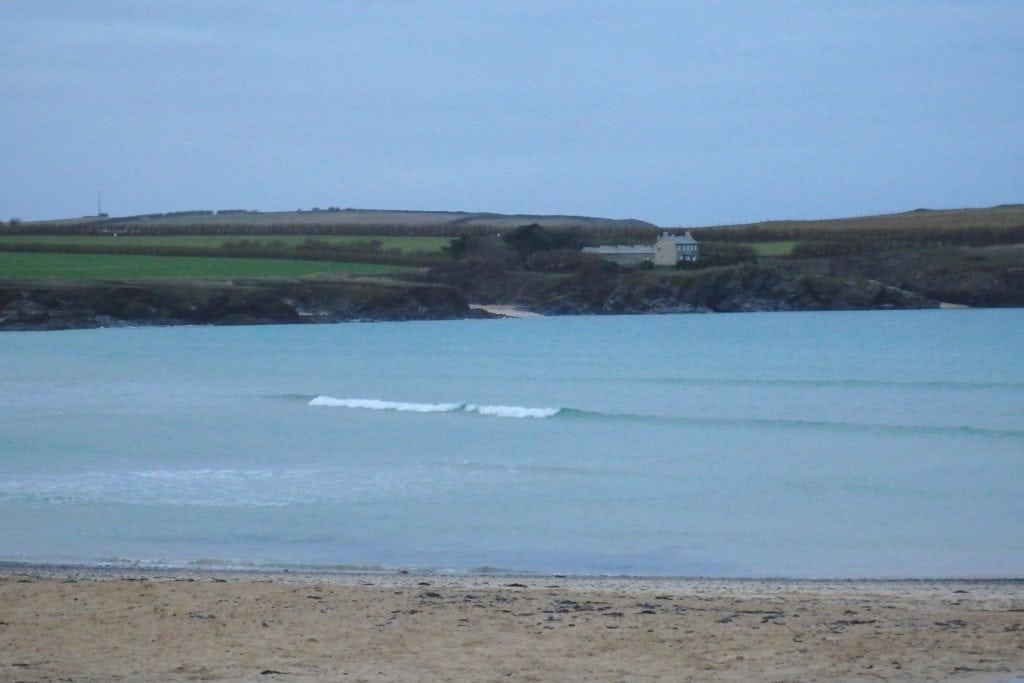 South westerly winds are forecast to blow in today, bringing milder and damper air our way but along with some bigger waves too!
It is likely to be only small to start out the day but by the afternoon we are likely to be checking out Harlyn where we should find some two to three feet surf, all clean and prettily shaped by that wind blowing offshore here.
It could just end up being good fun!

South westerly going westerly winds through the end of the week should push in some swell, not big or anything but hopefully in the three to four feet range, hopefully big enough to swing some surf into Harlyn.
So the wind should be mainly offshore at Harlyn as we go into the weekend, swinging more onshore there by Sunday.
Two to three feet of snappy little surf should greet us on Saturday morning, maybe building just a little through midday and getting glassier through the afternoon as the wind eases.
By Sunday we should be enjoying light breezes, mainly onshore from the north west but maybe light enough to enjoy the west side breaks. The breeze is likely to drift to the south west by the afternoon, cleaning up Harlyn, if there’s enough swell getting in there.
So, overall it should be a fun winter weekend in the surf with some okay waves to ride and fairly mild air temperatures. And we should see a little sunshine by Sunday if we’re lucky too!
Have a great weekend, wherever you are and whatever you’re doing!