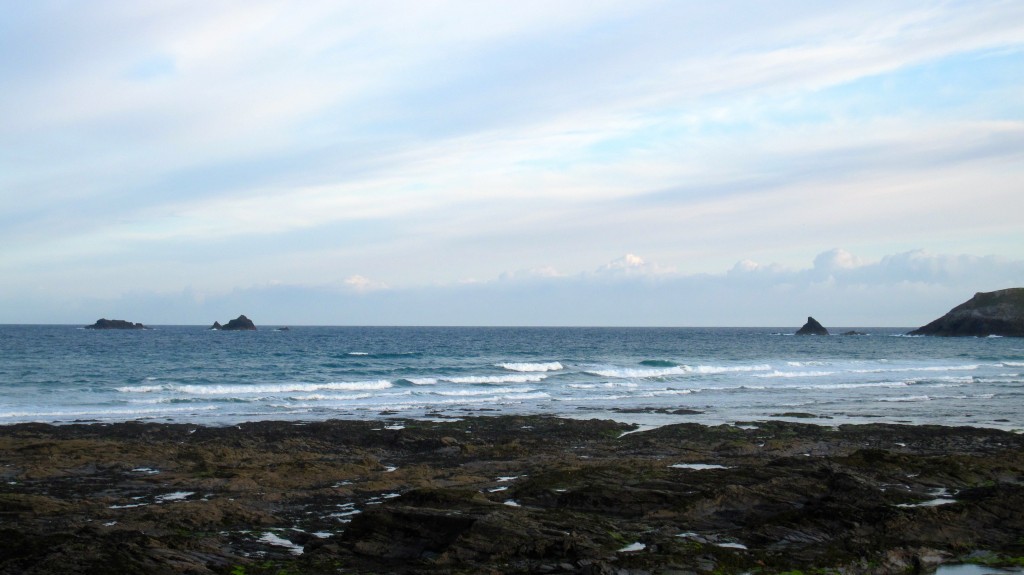 A bit of a delayed surf check today, an early morning hospital visit to Bodmin on the first day of the Cornwall Show took just a little longer than you’d expect, or maybe not. Oops!
Still, managed to get everything done and it’s a bright ‘n breezy one anyway, a perfect day for those heading to the Royal Cornwall Show, not too hot, not too cold and dry enough, so far.
There’s a lighter wind today, a gentler more westerly wind still chopping the surf but at least a bit milder feeling. And there’s only a couple of feet of surf anyway, a mixed up couple of feet, all choppy and still bouncy from yesterday’s wind. There looks to be no real underlying swell, just that windswell stuff, knee to hip high I guess and lumpy too.
It might just be a bit better towards late morning’s high tide where it should all be a bit more focussed as well as being at least a little sheltered from the wind.
But it’s not going to be great.
Saying that, this wind is forecast to ease up through the day as well as gradually backing to the south and then the south east. So by this evening it could just be a different story. It is still going to be small but it could be a very organised and pretty looking small surf.
Longboard heaven?
Maybe. 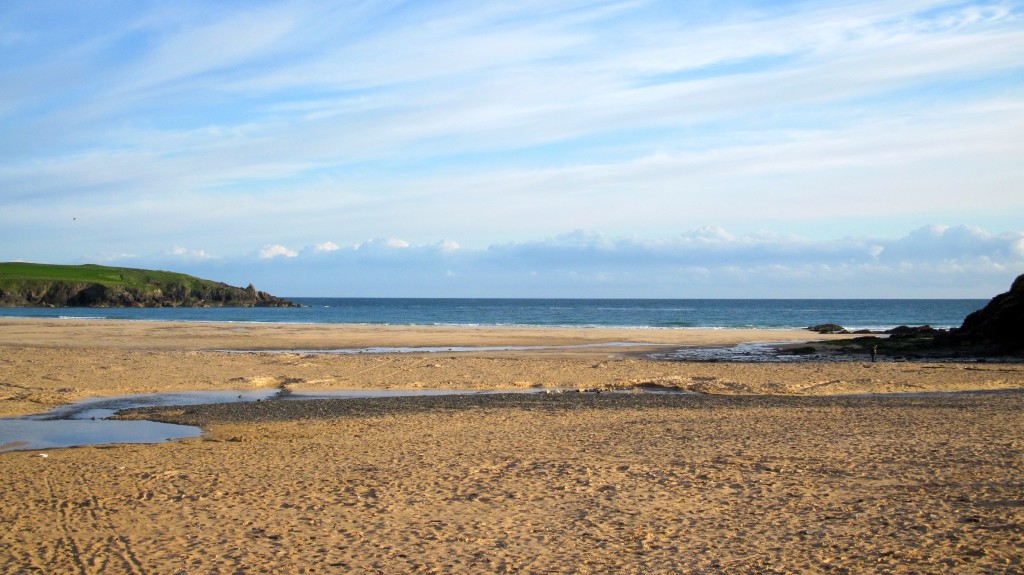 It’s pretty much flat around here this morning too, all flat and bumpy.
Well, there’s the odd little ankle slapper washing around but you would have difficulty riding any of it. No, the other side is the place to be to get a surf in today, it’s not great around there but it is rideable and is probably more fun than it looks.
Otherwise here is an okay place to hang on an okay kind of day!

Fresh south easterlies are expected today, that’s offshore at most of our better surf breaks and is usually a desirable thing. But with only a small and quite weak swell rolling our way you have to wonder if the wind will flatten the surf.
There’s a good chance that might happen but hopefully there should be just enough strength to the swell to push against the wind and produce a plankable wave or two. We can’t expect much more than that, a foot or hopefully two of offshore shaped little surf breaking only at those places and at those times when the tide lands those waves onto a shallower sandbank or rocky outcrop or something like that.
Longboard gliding is as much as we can hope for today!

The weekend could still go either way, for waves as well as the weather.
The surf should be bigger, a couple of feet for Saturday, maybe getting a bit bigger for Sunday.
The wind shouldn’t be too strong and is likely to blow mainly from the south, with just a chance of twitching to the south east at any time for any length of time over the weekend. Which is good and maybe not so good; it should be good to improve the shape of any waves but could also flatten any little waves too!
So, you’re going to have to be on it again to get the best out of it this weekend!
But with an eye on the tides and an eye on the wind, we should be able to enjoy some fun and clean surf.
Some forecast sites are showing mainly bright weather for Saturday afternoon through Sunday while others are showing rain and gloom throughout!
Hmm, I’m going with the brighter stuff, so you might want to wear some waterproofs!
Have a great weekend, wherever you are and whatever you’re doing!