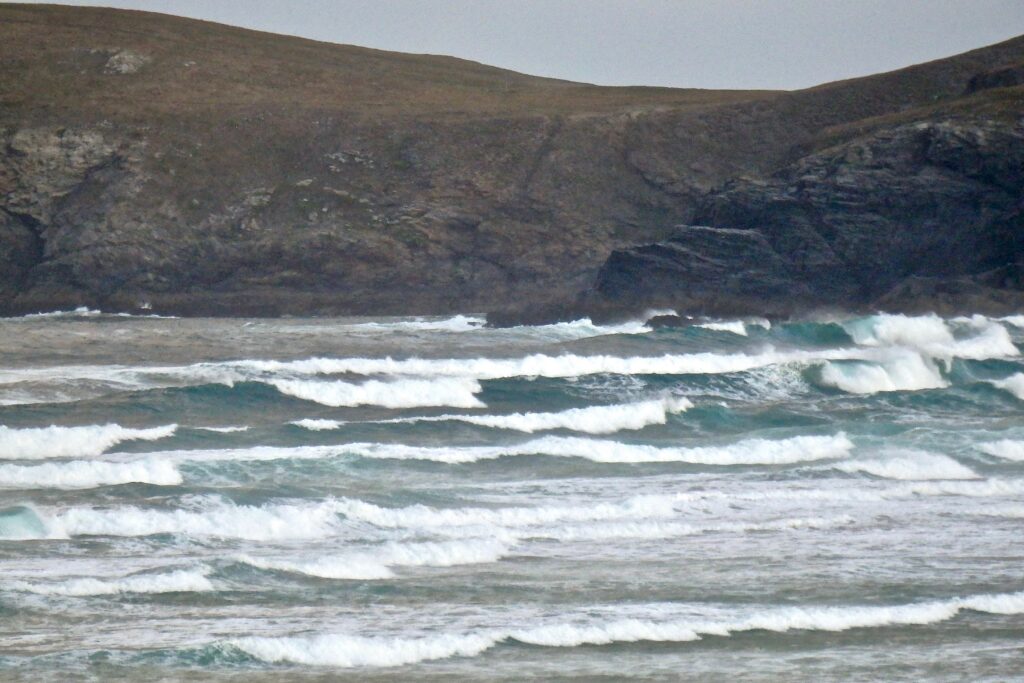 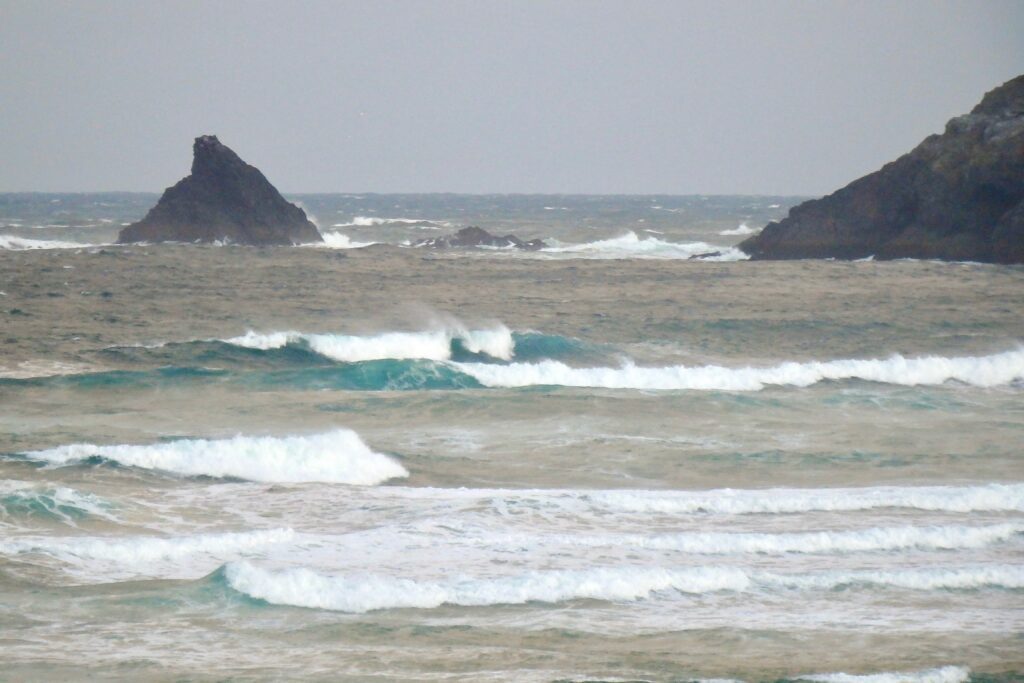 The wind is blowing cold this morning, a fussing north nor’ wester twisting and pushing and tripping four or five feet of broken surf into a brightly lit bay.
Autumn is in the air and it’s biting!
There’s nothing to attract in the way of rideable surf here today, but at least the weather should warm a little later. 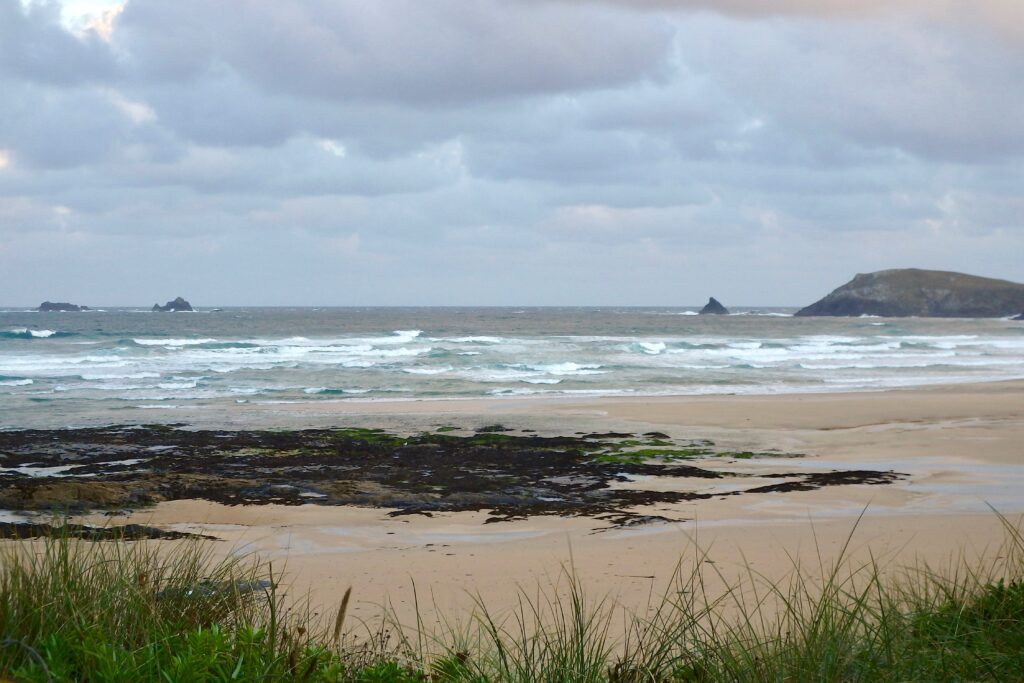 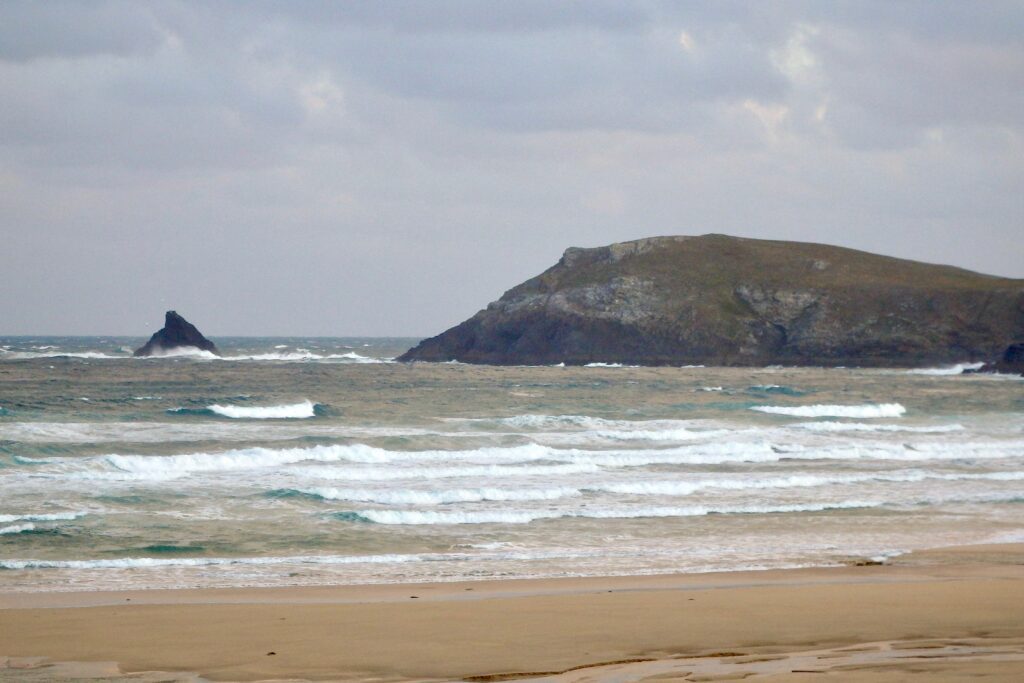 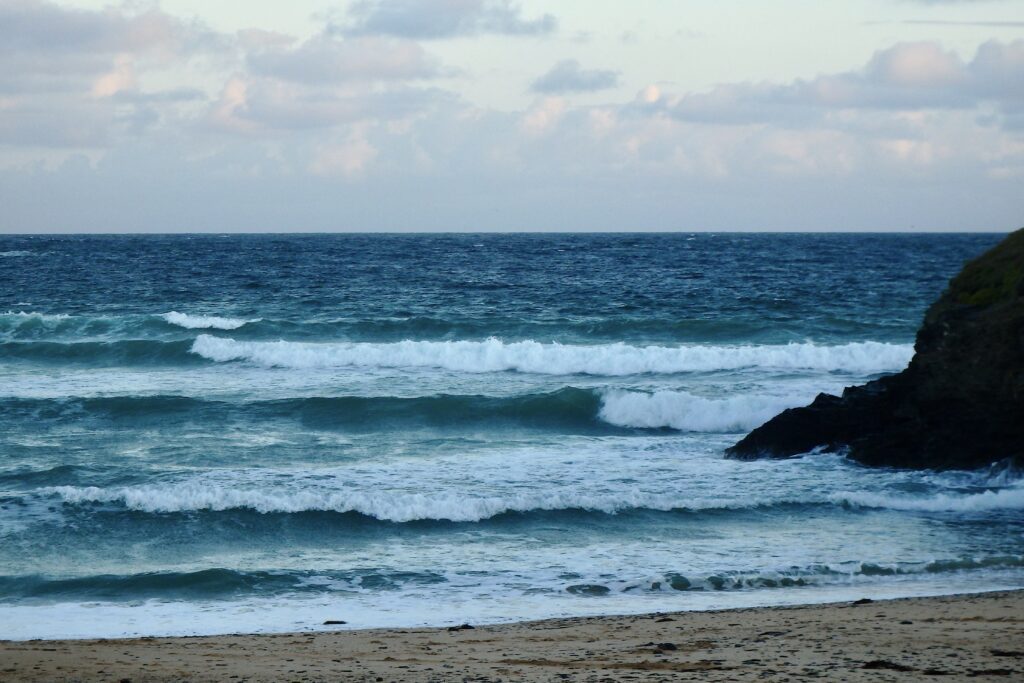 The wind is shredding the three feet of windblasted and scattered surf that is collapsing into Harlyn Bay this morning, that steely blue sea looking angry and grumpy and in a mean Autumn mood.
It’s not the place for a gentle dip that’s for sure!
But it could just be a bit more fun as the tide closes in on high later on. 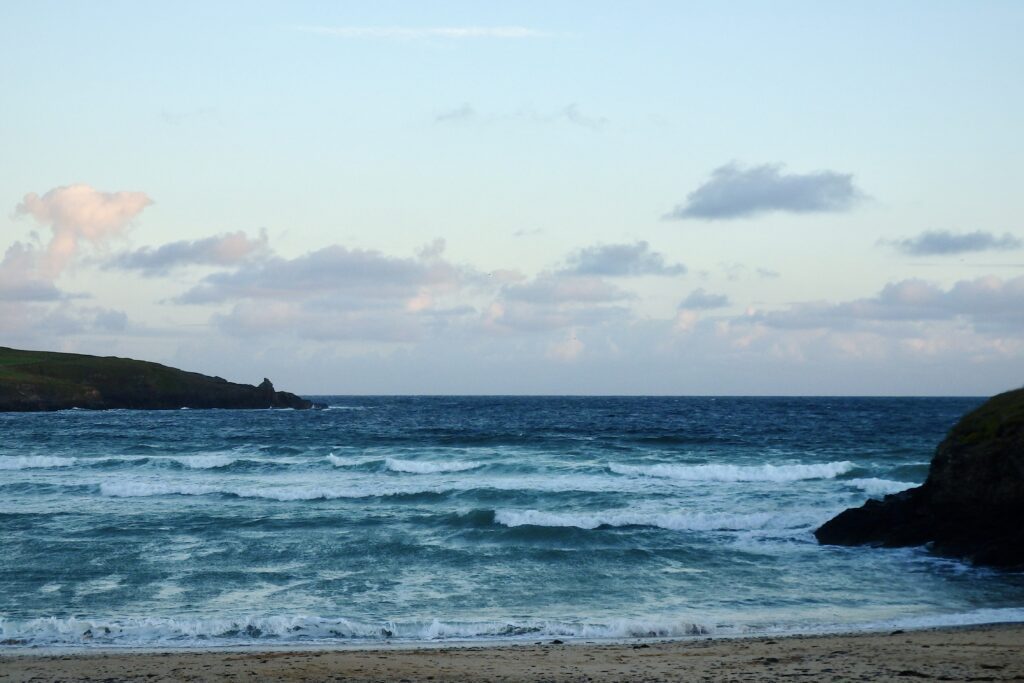 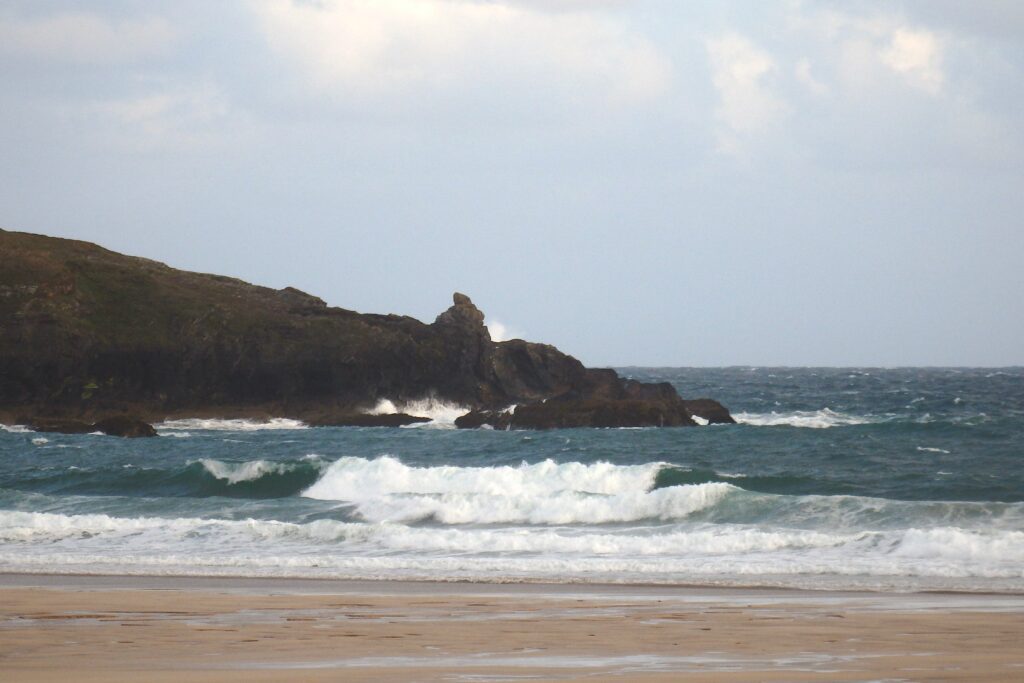 West north westerly winds are likely to be continuing to trash the three to four feet of windswept and choppy surf.
It’s not going to be great, that’s for sure and it will probably be even worse than that!

Surf Conditions for the weekend

Northerly winds are going to take us into this weekend, calmer compared to midweek but still chilling the air and not doing not much for the surf conditions.
The most that we can hope for on Saturday are small and choppy little broken up waves at the more sheltered spots (sheltered from a northerly), those north facing breaks being pretty much flat as well as chopped out!
We should see a little respite on Sunday, the breeze lightening as it backs to the north east through Sunday morning, gradually easing back onshore through the afternoon.
But if you’re keen then you should find some really small but cleaner little surf first thing in the morning.
And that’s just about as much as we can expect as this pattern of onshore winds and mixed up weather continue to track our way across a mainly surfless ocean.
Have a great weekend, wherever you are and whatever you’re doing!