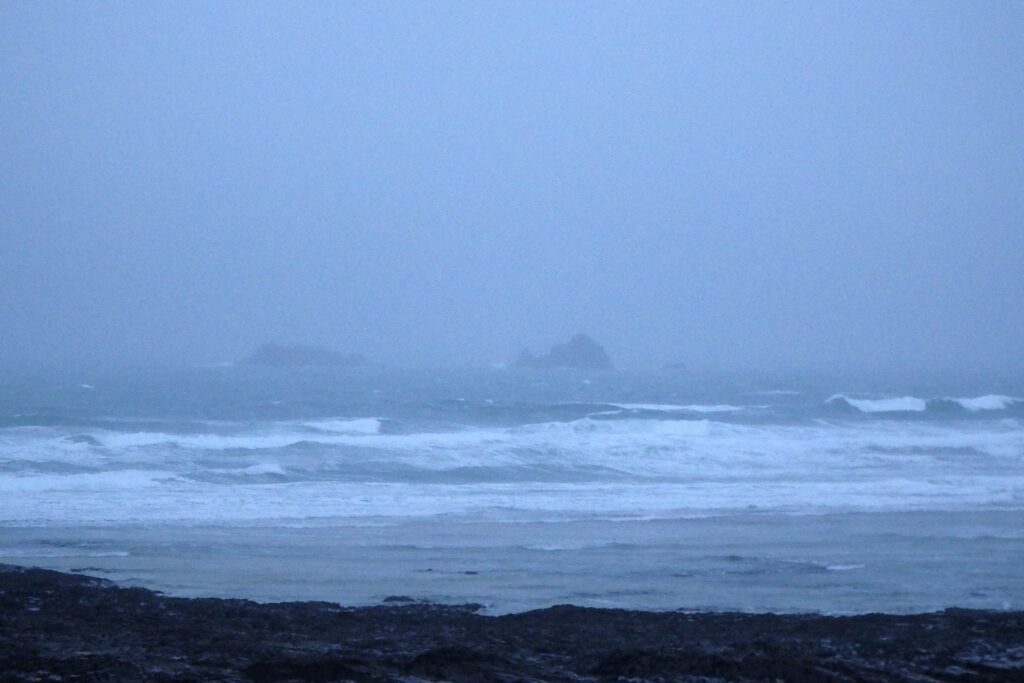 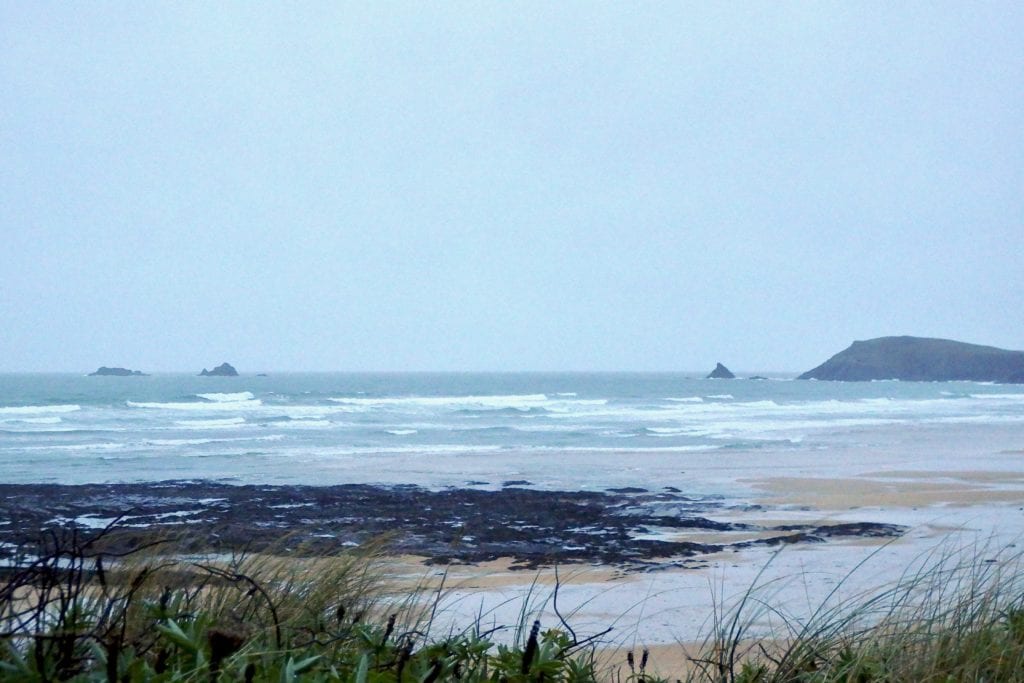 It’s another dull ‘un this morning, that south westerly wind rattling the hedgerows while a grey sky steadily empties itself over us, the fields becoming boggy, the lanes deeply puddled.
And so the surf is still a mess with four or maybe five feet of wind slopped and choppy junk surf pushing into the bay but breaking too early and too late and sometimes not breaking at all.
Harlyn should be clean but might be small, so let’s have a look-see:……….

And Padstow Christmas Festival is cooking on gas all day long, if you fancy some culinary delights with your cold water surfing experience?  I could think of not much better than maybe a few offshore shaped little close-outs at Harlyn followed by a wander through the lanes of food heaven that Padstow will be for the next few days! 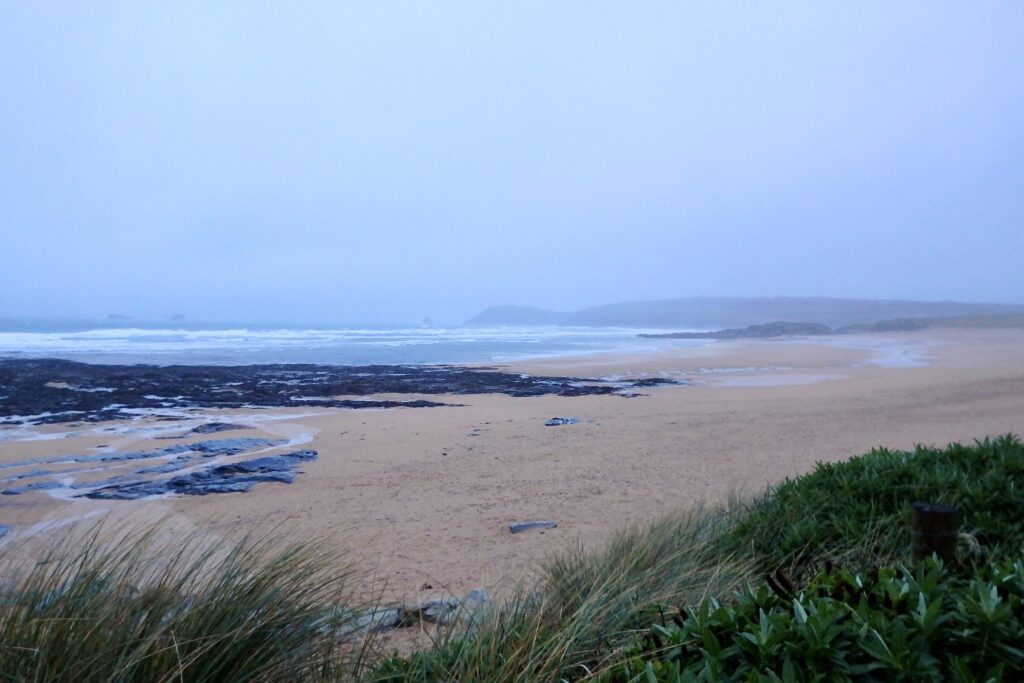 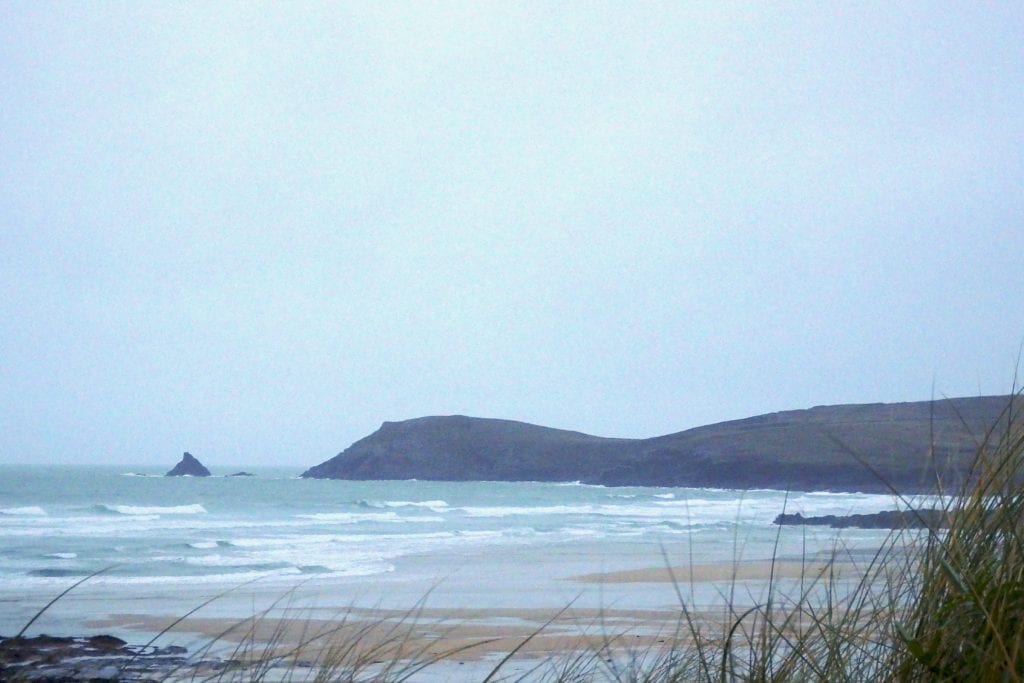 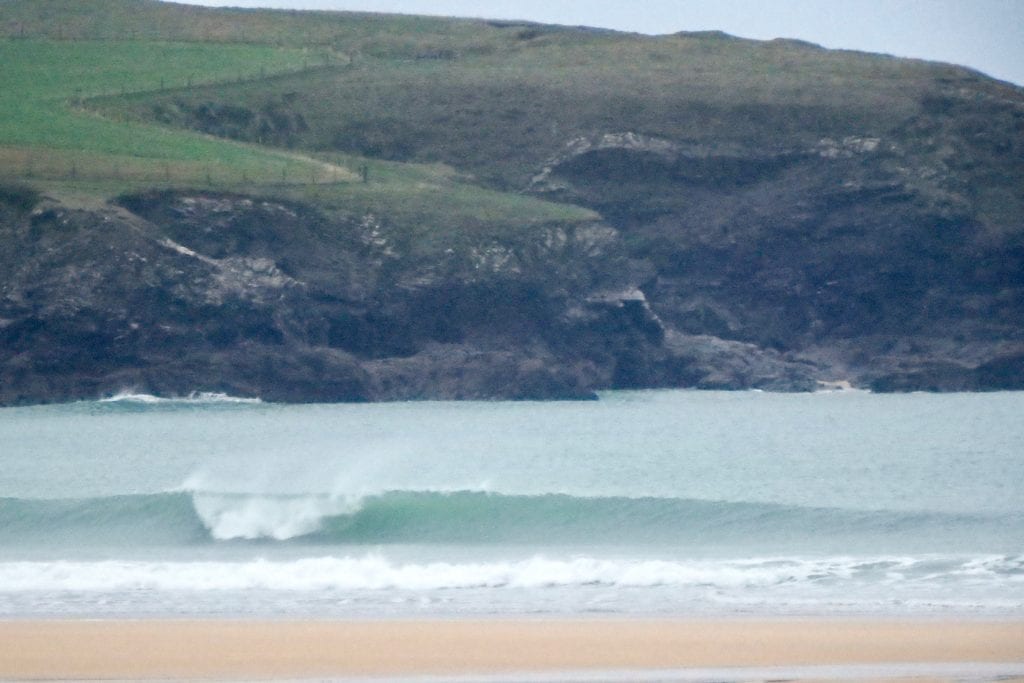 Now and again a couple of feet of smooth and shiny, curvy faced little waves are whip-cracking across the sand but it is mainly a foot or so.
But the wind is straight offshore and so what waves there are are hollow and smooth and very appealing. And the tide has a way to drop out yet, so it is likely that this afternoon will show some building surf.
It could just be fun in the murk and drizzle of an early December afternoon!
Now, where’s my passport? 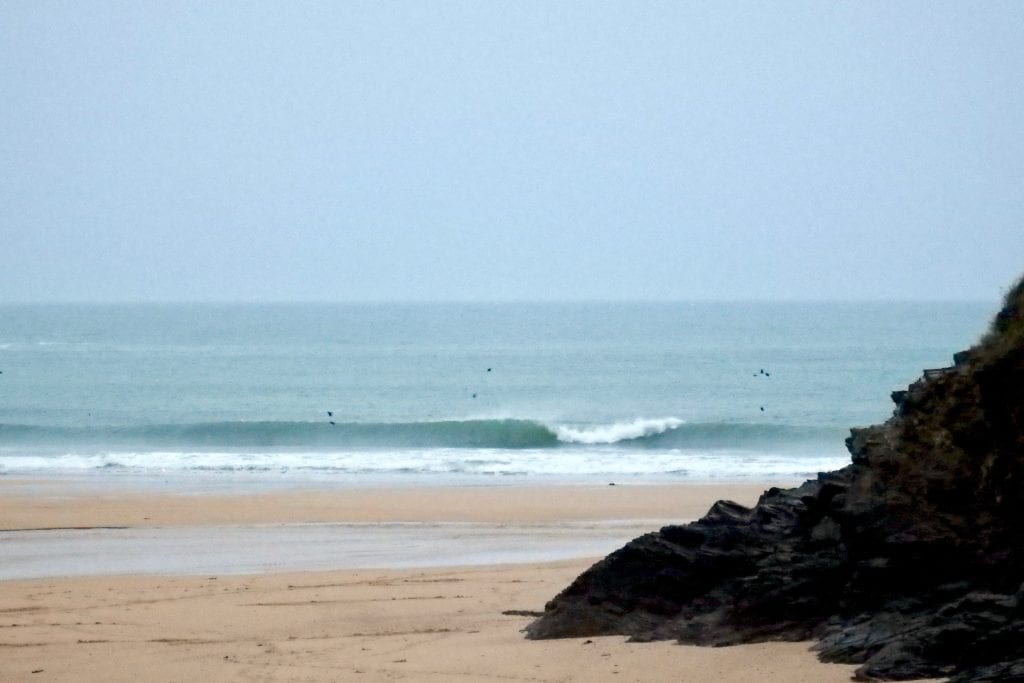 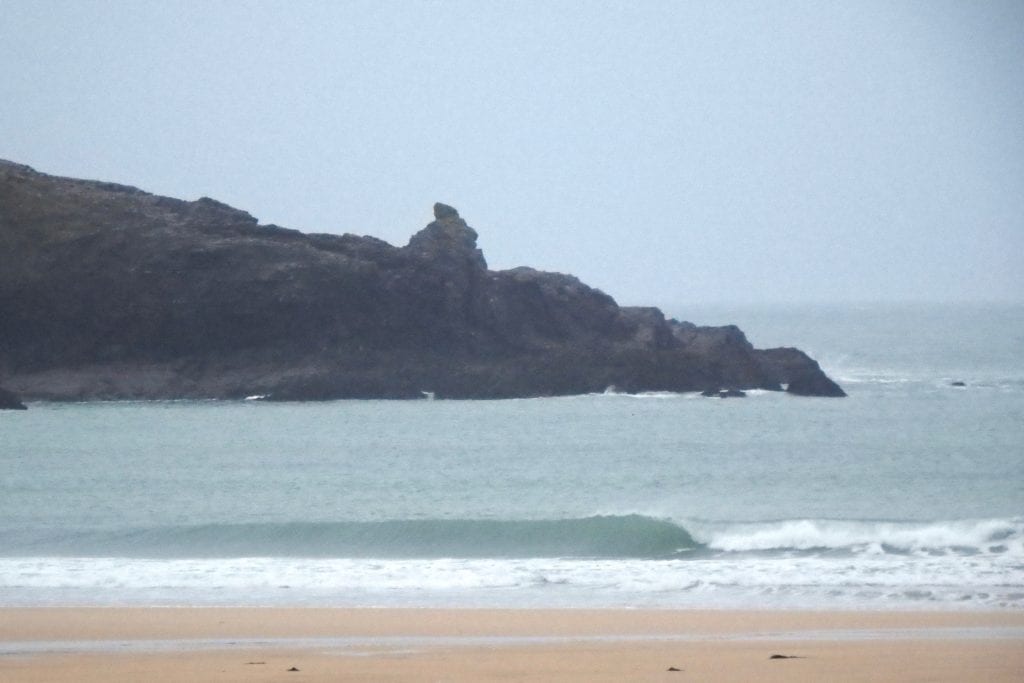 And just as the swell starts to build and build, yes the wind slips onshore.
We should be enjoying the sight of six to eight feet of wild and ragged surf driving ashore all day long but the north westerly wind will be destroying any shape that those waves might have started out with.
And of course the weather will be junk too.
So, Padstow Christmas Festival?
Or the drive to the far coast followed by Padstow Christmas Festival?

The streets and lanes of Padstow will be overflowing with celebrity chefs this weekend, all looking for their own individual wok to stir as Padstow Christmas Festival sashays into town. With a little jou here and the odd flambe there we will all be in food and foody heaven for the next few days!
Which is just as well because the surf is likely to be big, bad and blown to pieces all weekend long.
Eight to ten to twelve feet of wild and wind-wrecked surf will be roaring along the coast, driven onto the rocks and reefs by howling and growling westerly going north westerly winds.
The south coast should be enjoying epicness throughout the weekend but this coast is going to be blown out for most of the time, our only slight chance of something rideable being at Harlyn through Saturday lunchtime.
But that is still going to be a wild affair too. Maybe worth it for a few close-out drop-ins but maybe also rewarding us with the odd cavernous barrel or two?
Or enjoy some fabulous food?
I think that we might just manage a little of both!
Have a great weekend, wherever you are and whatever you’re doing!