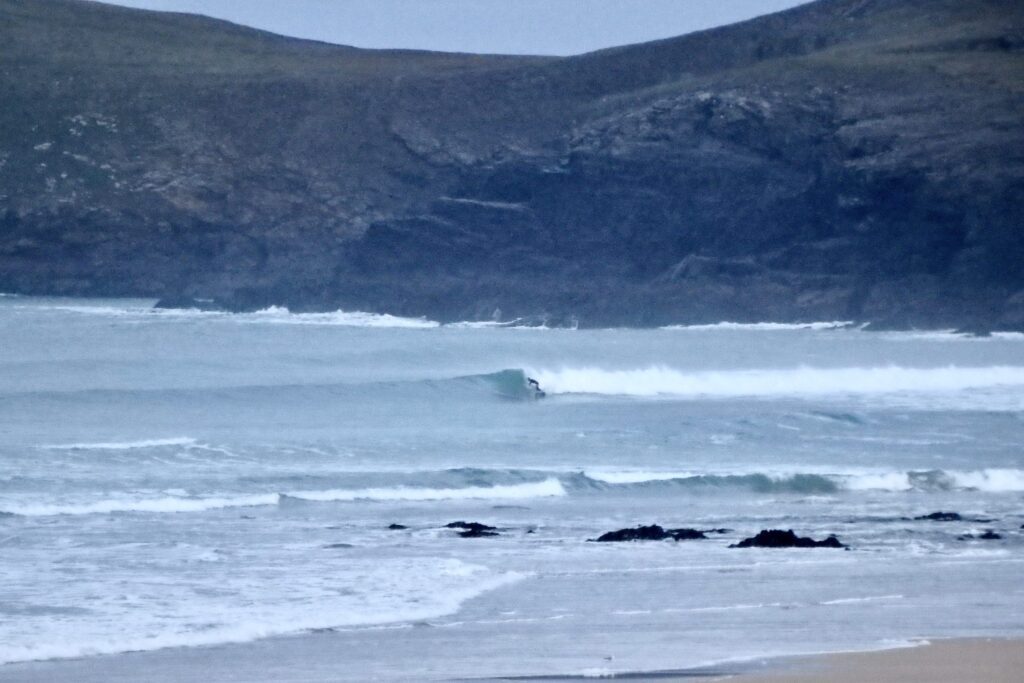 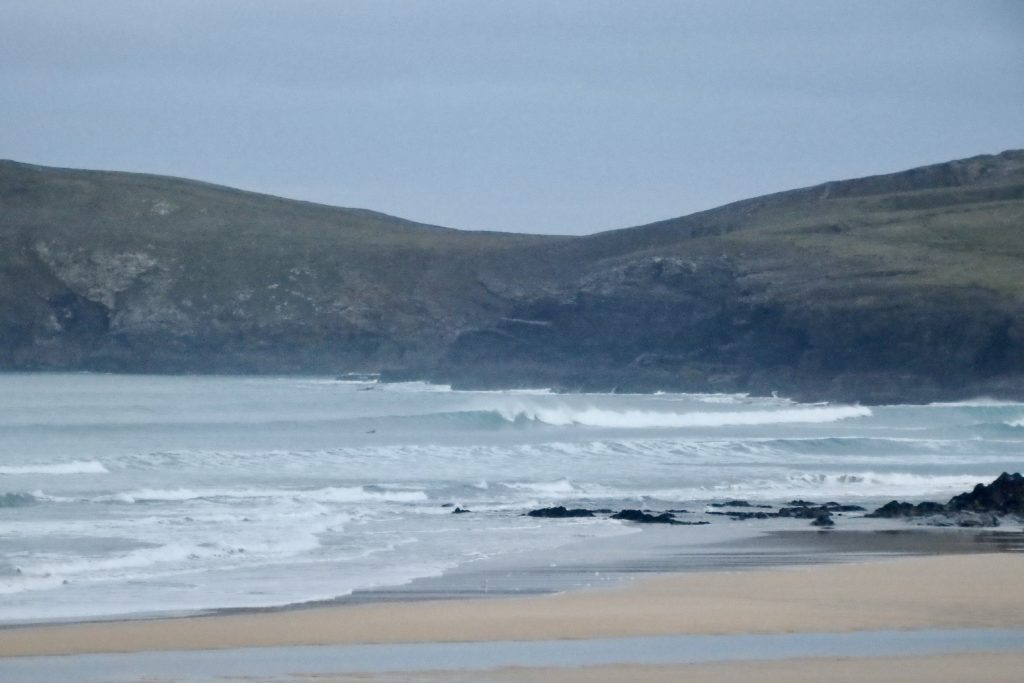 Another beautiful sunrise is casting the bay in its golden glow again this morning, the air still, the sky gradually shaking off an early morning haze and the surf, well the surf is a silver mirror of curling and peeling perfection.
At first sight it looks like one of those small but beautifully shaped little swells and then you realise that some of those set waves are almost overhead. Still peeling, still glassy and some with a little size to them as well!
If you’re ever going to take a day out and enjoy that thing called surfing, then today could just be a good one to choose! 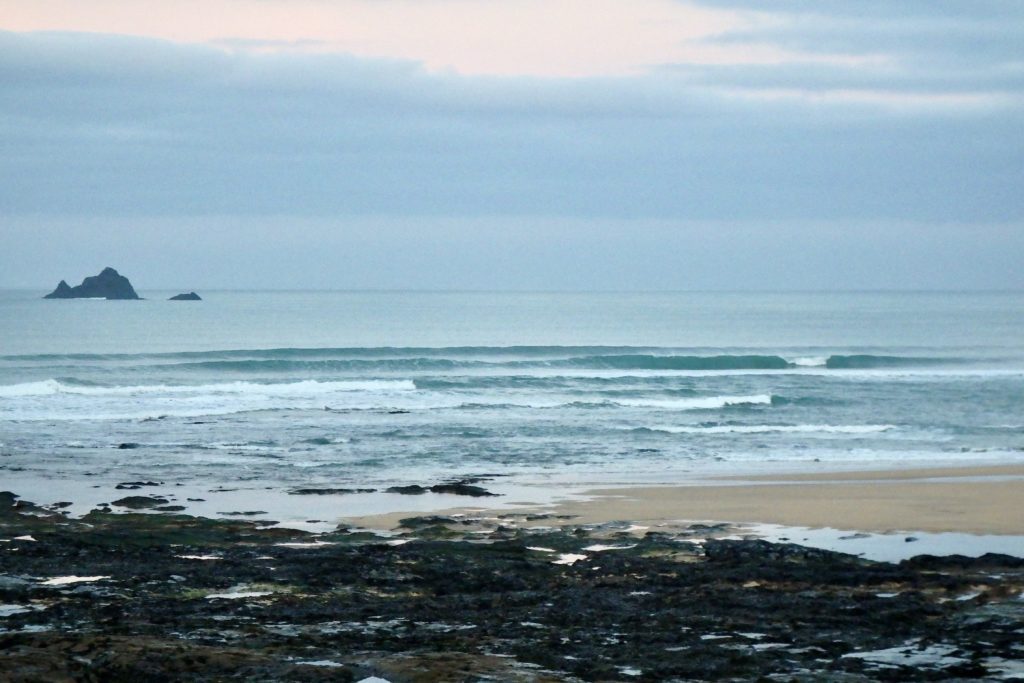 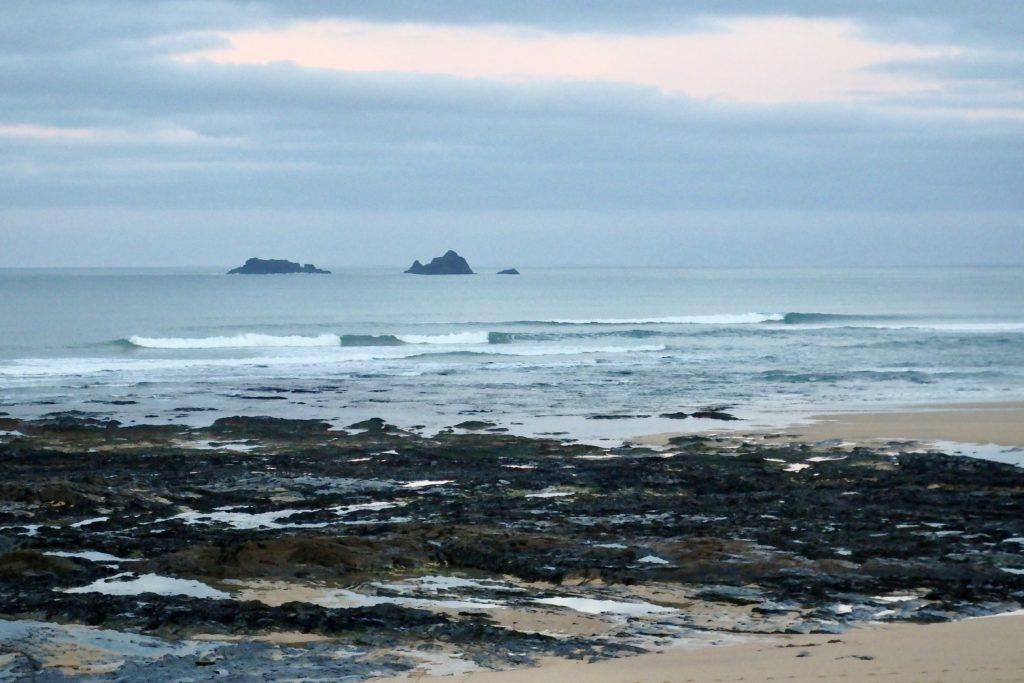 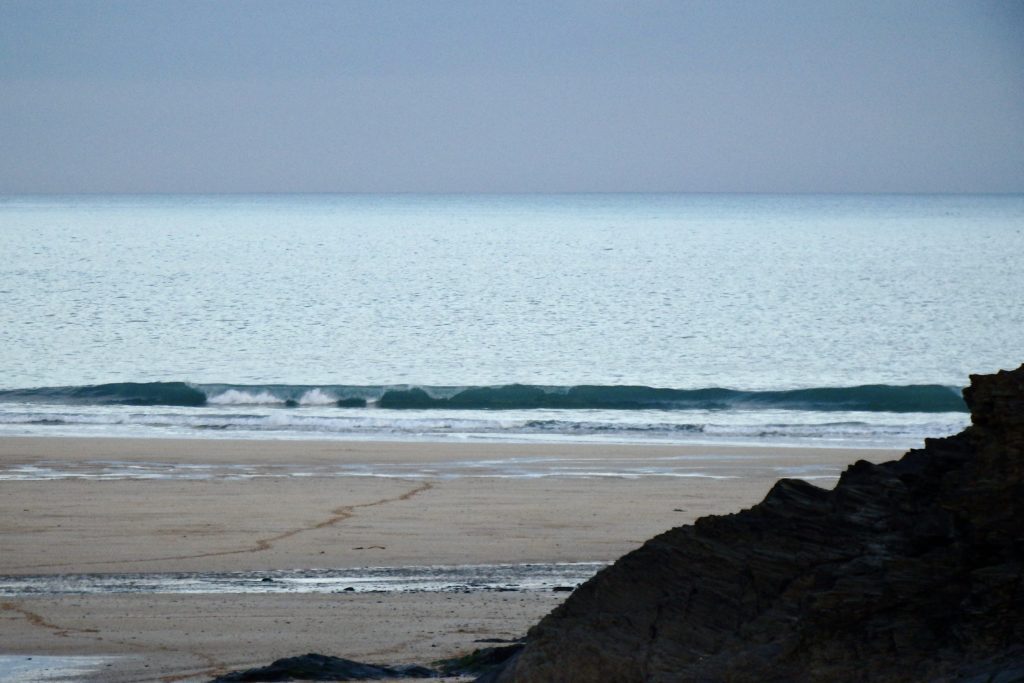 Harlyn is full of shadows and reflections this morning, that silver smooth sea rippling to the crash of small waves as they ricochet across the sand on the dropping tide.
It looks almost flat but the odd set wave is crashing through just occasionally.
It’s the other side for surf right now, it really is beautiful over there this morning but the incoming tide might just allow you to get a tiny lunchtime surf in here if that is your only option. 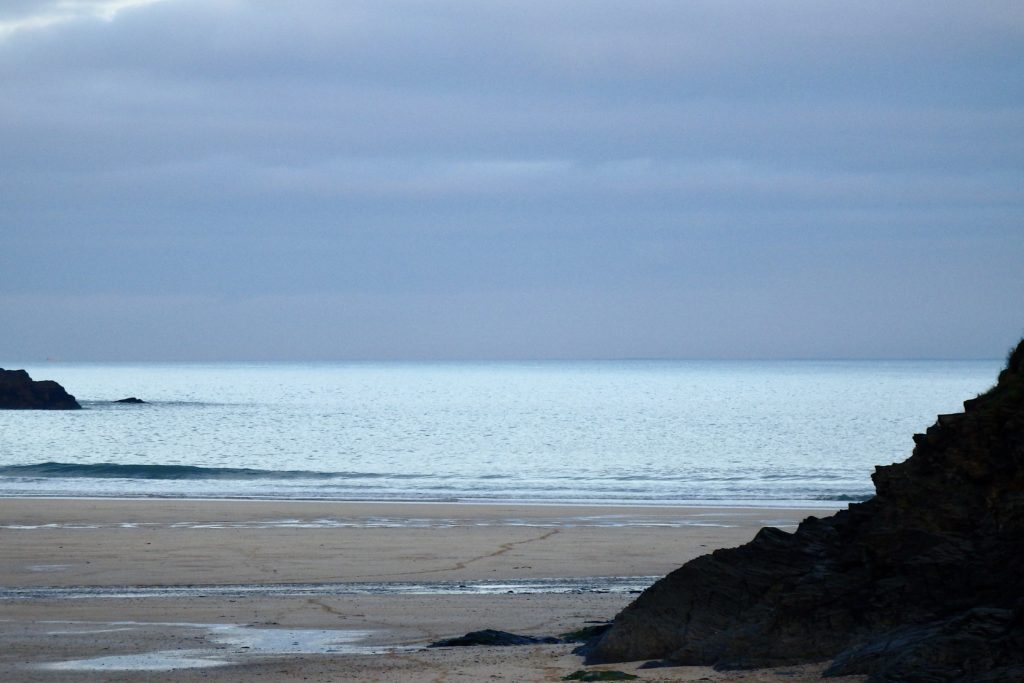 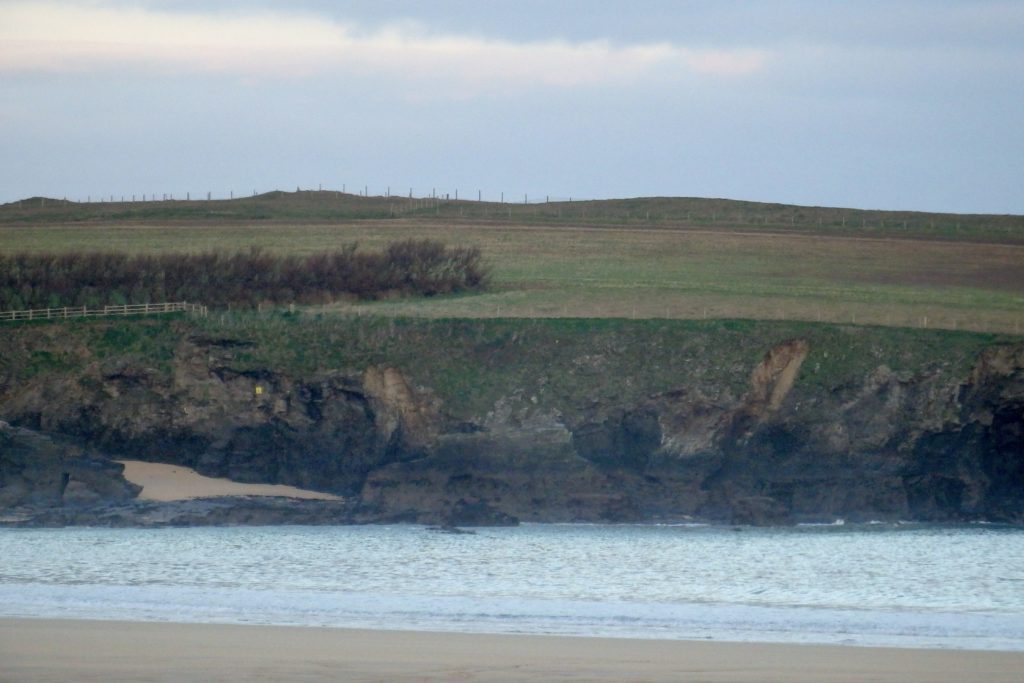 It could just be a day of change today.
The wind is likely to remain offshore from the south east, at least to start with but it will be a gusting and blustery wind, gradually easing more onshore by the evening.
But with a decently thick and punchy four foot swell bowling along the coast we should enjoy plenty of hollow and peeling surf at most of our breaks for most of the day.
And then it’s time to batten down those hatches for the arrival of Storm Ciara just in time for the weekend!

You have probably already noticed that Storm Ciara is on her way?!
It has to be one of the most publicised storm arrivals of the Winter but then it is hurtling across the Atlantic very quickly so I guess that it will be packing a lot of energy from that hitched ride on a superfast jet stream!
So we can look forward to roaring winds and mountainous seas getting bigger and stormier as we roll through the weekend!
But in amongst it all we might just see some big and hollow, reeling Harlyn. Saturday might just reward the fit and the brave with some seriously fun six foot beasts to play amongst.
And then it is going to get BIG!
And windy.
Sunday is likely to be out of control everywhere except at those most sheltered and tucked away spots, those places that only break on the biggest of storm swells.
But even they are likely to be windswept and swirling.
So, if in doubt – don’t go out!
Have a great weekend wherever you are and whatever you’re doing!