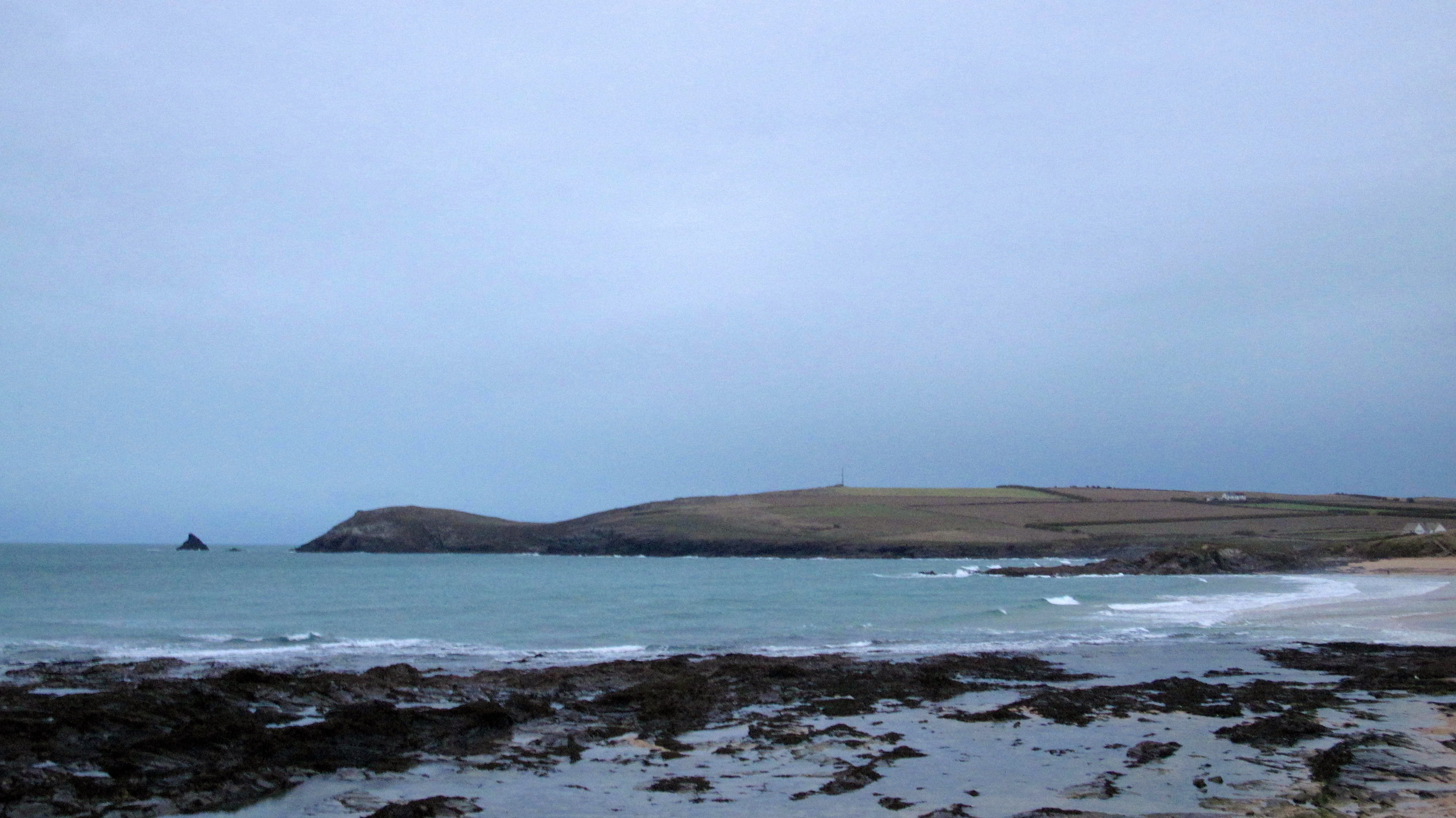 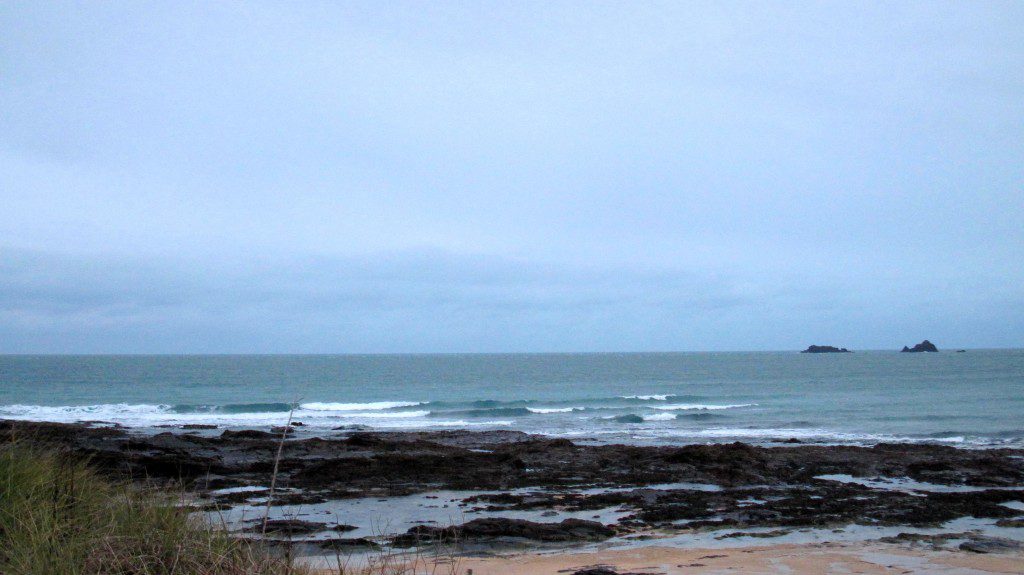 It’s grey out there again!
After yesterday’s eventual brightness and afternoon calmness, that north westerly wind of the previous few days has now been replaced by a blustery and damper but milder southerly wind. Gusts of wind are sweeping across the bay, not yet affecting the only small surf too badly but maybe promising to strengthen later.
Both the wind strength and surf size are likely to steadily increase, more through this afternoon than this morning but the surf should be twice the size by this evening but with that brisk wind blowing across it.
So, it is pretty small at only a foot or two right now and it is not the best shape, although okay. But it should improve in size throughout the day. Somewhere like Fistral will be way better shape if only the same sort of size (and maybe just a tad busier too!).
It’s turning a bit squally out there now too!

The wind is a little lighter around here this morning and straight offshore but no surf is getting around and into the bay.
Which is a shame as the sea is as smooth as can be, a grey reflector to that silver steel sky.
Maybe this afternoon, the tide might just help push an already building swell in.
Maybe.

We should be seeing a solid, rolling swell coming our way pushed merrily along by a steadily gusting south westerly wind.
Harlyn is going to be the ‘go to’ spot for us today and with more than half of the regular surfers from the area stepping off a plane in Indonesia, it should be quiet and peaceful place to surf too!
Three to four feet of bowling and hollow, windswept Harlyn should be on offer all day, getting a little bigger through the afternoon!

It has been a windy start to the week with those strong north westerlies battering swells onto our coast.
Unfortunately there’s not that many places on this coast (well virtually none) that can contain those north westerly conditions. And so we tend to look to the far coast in search of cleaner, more surfable conditions.
But that should all change as we go into the back half of the week with the wind backing through 180 degrees of the compass and settling to the south.  And those southerly winds are going to be just as strong as the northerlies were and milder and maybe drier (for moments!) and also allowing more breaks on this coastline to maybe come into play.
That wind also tends to support any swells out there, so it could get quite big by the end of the week too!
So, by Thursday afternoon and then for the next several days, it looks like Harlyn is going to be the place to be locally with those thick and building swells swinging in and unloading against that same wind. Four foot plus barrels await for quite a few days!
Have a great week, wherever you are and whatever you’re doing!