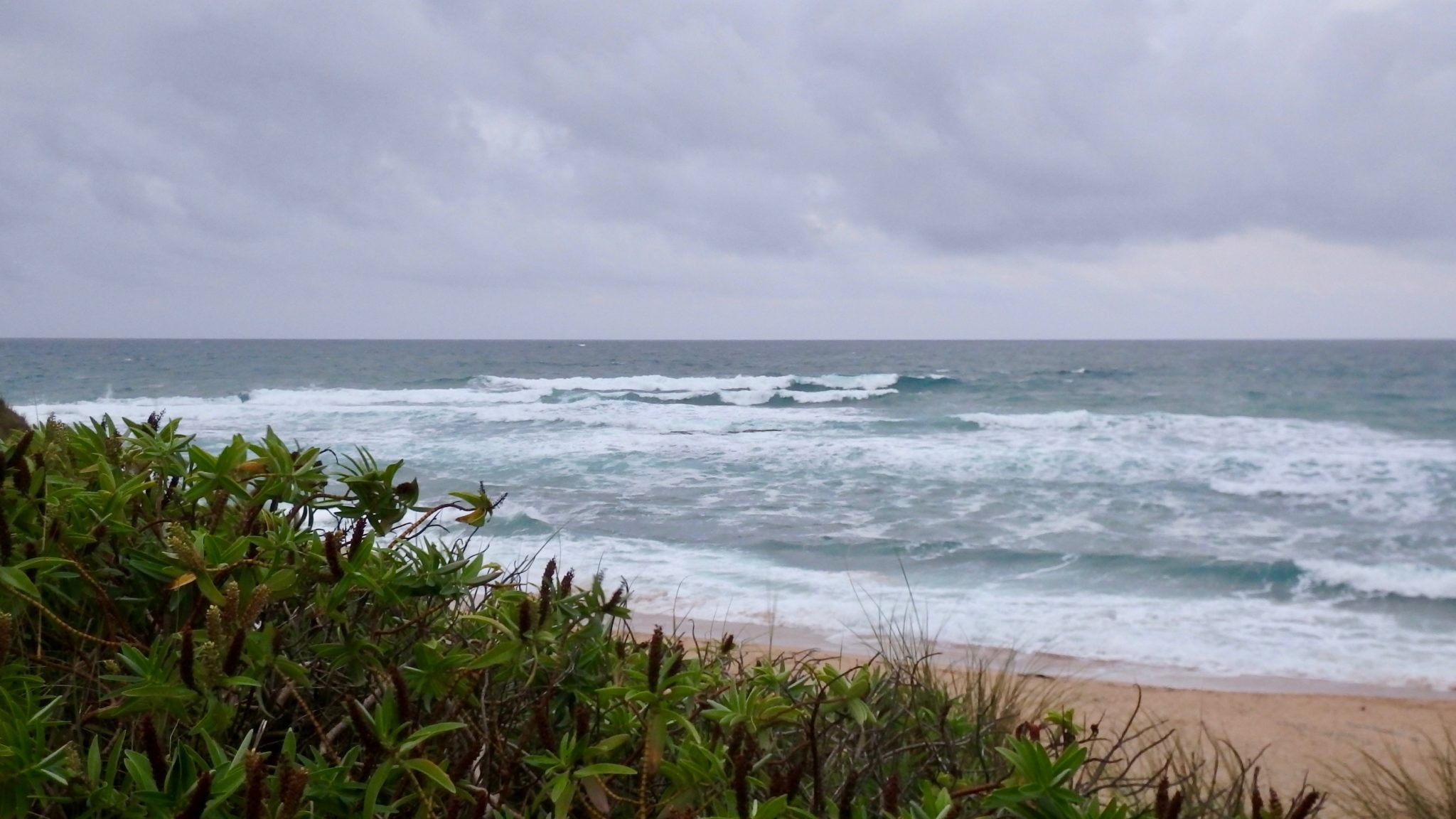 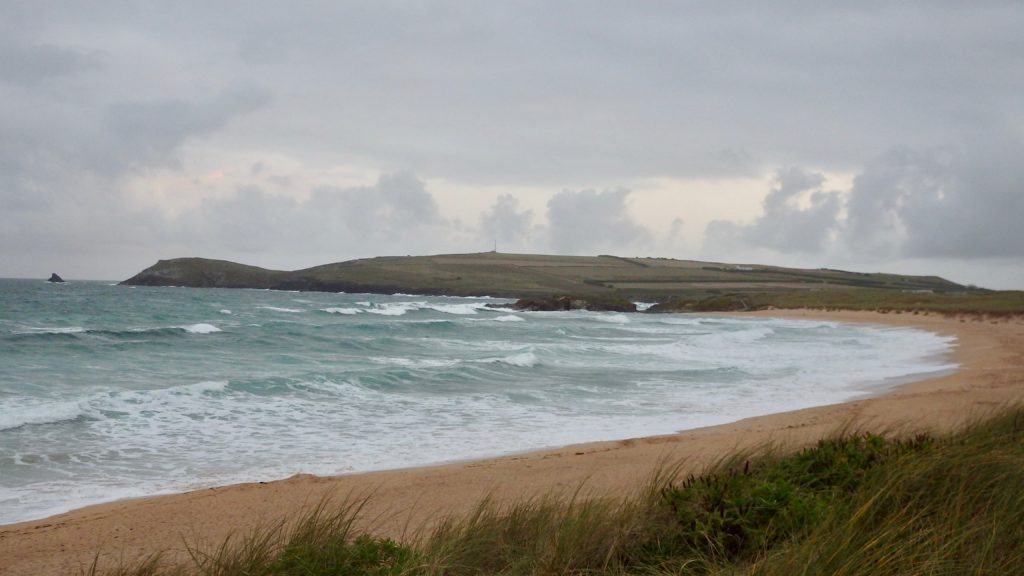 A choppy and bumpy three to four feet of broken swell is rolling into the bay on this bright and breezy, blustery old morning.
Some heavy shower action is likely to be shuffling along the coastline too but right now it’s a bit breezy but okay. The westerly wind is likely to blow fresh all day long, maybe backing just a couple of degrees to the south but not that noticeable really.
So, another day of bumpy and lumpy, junk surf awaits! 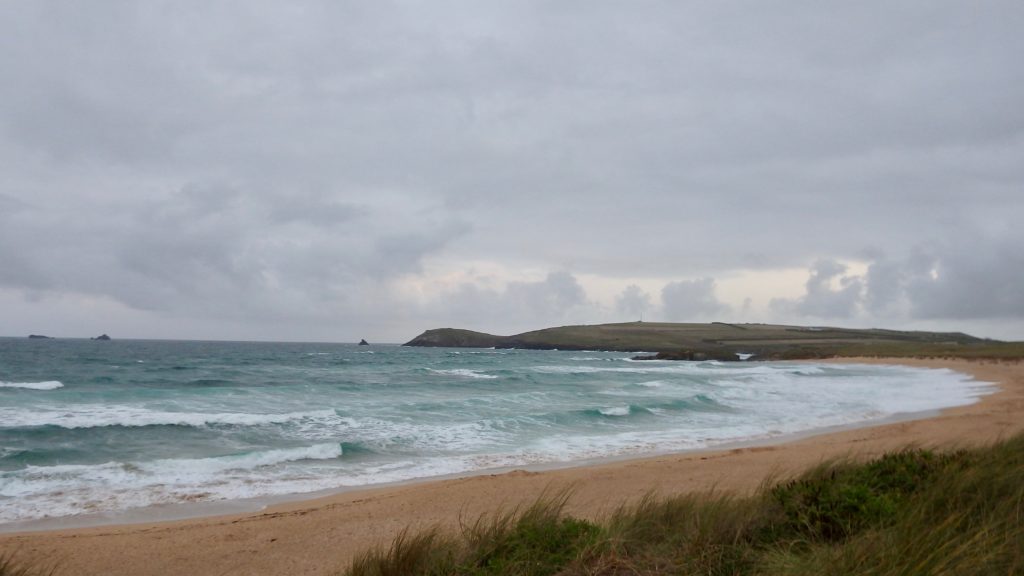 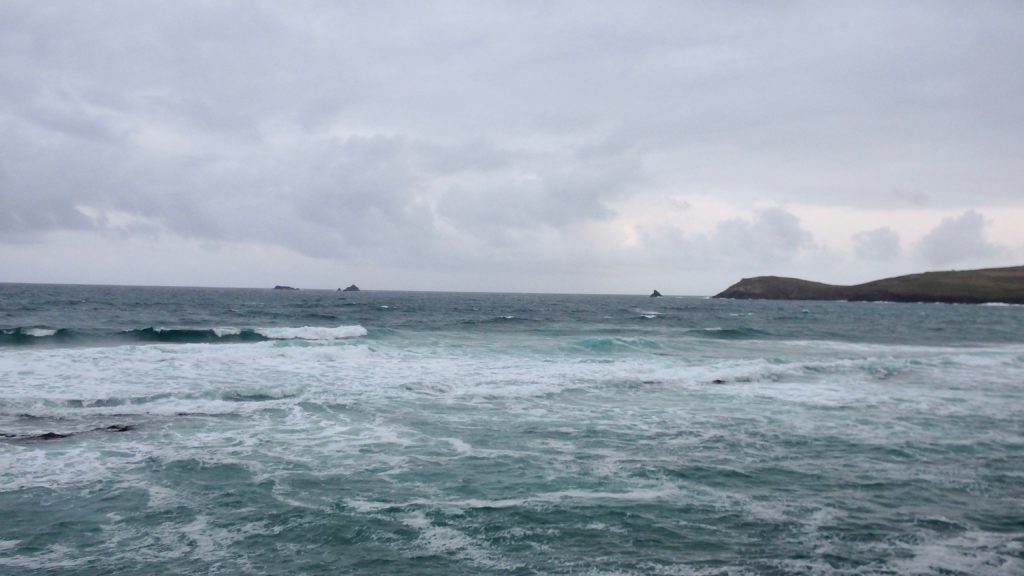 A couple of feet or so of onshore messed, weak looking and junky surf is washing onto the high tide banks at Harlyn this morning, that westerly wind maybe having just a degree or two of north in it at the moment.
But the wind should return to direct westerly before getting just a degree or two of south to it, which will improve the look of the surf a whole lot. That probably won’t happen until this afternoon though. And even then it is likely to be tiny and still very lumpy! 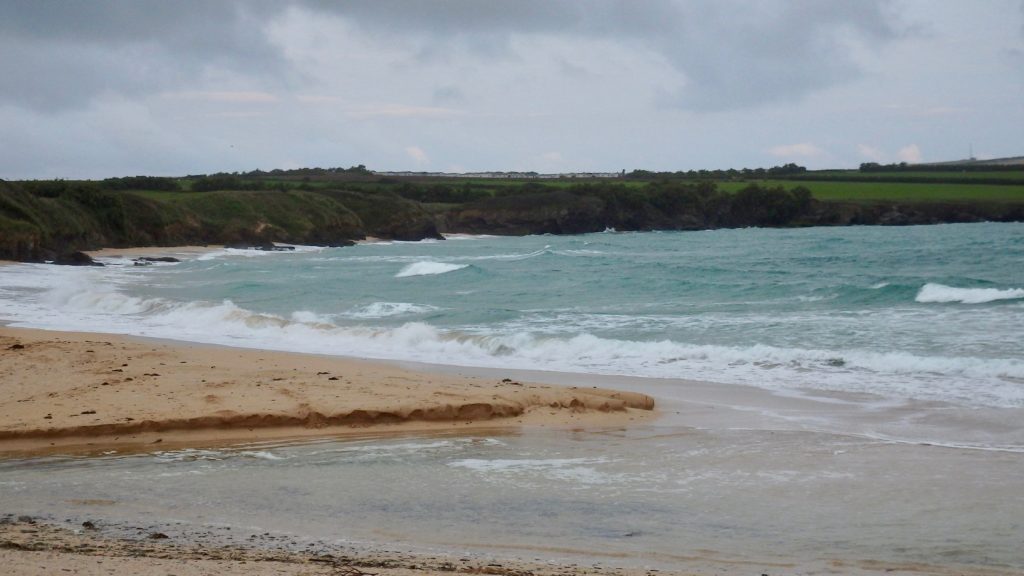 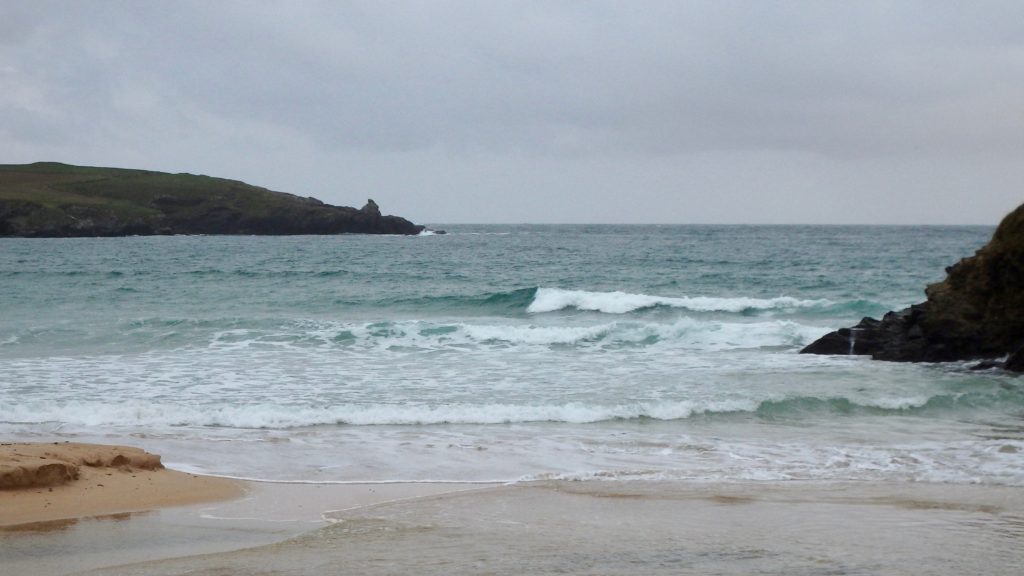